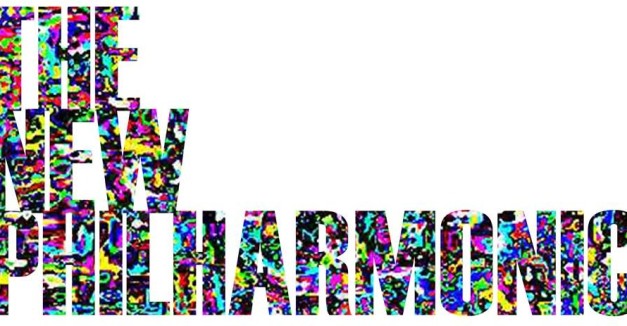 Conductor Vimbayi Kaziboni has traveled the world in pursuance of the boundaries of classical music. After conducting in Frankfurt, Paris and Los Angeles, and a Fulbright Fellowship in Uzbekistan, he helped start contemporary classical music collective The New Philharmonic early this year as artistic director. He believed his home — Omaha — to be a fertile ground for such exploration.

“I have always wanted to come back home and create a platform to share and explore new ideas and different modes of artistry within the community here in Omaha,” Kaziboni says. “I feel that the community here is very engaged, very supportive, very open and to me this such an exciting dynamic to steep myself in.”

Kaziboni boasts a stout resumé for such a young career. After earning degrees from the University of Southern California and the Frankfurt University of Music and Performing Arts, he performed all over Europe with the International Ensemble Modern Academy from 2012 to 2013. In the following year, he was a Fulbright Fellow in Tashkent, Uzbekistan, conducting both the Omnibus Ensemble and National Youth Orchestra. Performances have taken him to Australia, Austria, France, Kyrgyzstan, the Netherlands, New Zealand, the Philippines, South Africa and the United Kingdom. Currently a New York resident, Kaziboni splits time between Omaha and Paris, where he is Currently Assistant Conductor of Ensemble InterContemporain

Less than a year after its first performance, The New Philharmonic continues its aim to create art that engages the community by highlighting issues that are relevant to everyday life. Kaziboni says that Saturday’s program, arranged in the late 1920’s by German composer Paul Dessau, aligns with Film Streams’ mission and foster a connection.

While admitting it’s nearly unavoidable to draw on past experiences to inform one’s artistic endeavors, Kaziboni’s focus is on creating art that is reflective and supportive of Omaha specifically. That requires the exploration of new ideas in an attempt to re-create and re-contextualize the artform.

“Our motto is to execute ideas that penetrate,” Kaziboni says. “Omaha is a singular place, therefore it needs singular ideas.”

Omaha Zine Fest started as a Facebook page in late August as a place for Omahan Andrea Kszystyniak to develop ideas for an inaugural zine fest in the area. In just a few months, the page gained a few hundred likes and the support of Omaha bands and local and regional zine makers.

Omaha’s Bib, Pro-Magnum, The Sunks, and The Ridgeways will play Omaha Zine Fest’s first of several benefit shows Friday at West Wing, located on the southeast corner of 38th Avenue and Farnam Street. There is a suggested $5 donation and bake sale. RSVP here.

In true DIY nature, McDermott says she asked her friends’ bands to play the benefit show on relatively short notice, and they agreed to play in support of the upcoming zine fest.

“I don’t think there’s a huge zine culture in Omaha currently but that’s why we’re interested in doing something like this,” McDermott says. “If it’s not present, you have to give people the resources and the outlet to do so.”

The first Omaha Zine Fest is set for March 12th. In the meantime, the group will be hosting a slew of benefit shows to help cover venue-renting costs for the fest. The group will also launch an Indiegogo campaign Friday along with the zine fest application, which closes Jan. 3.

McDermott says the group hopes the zine fest will help bring together the local publishing community while also recruiting others in creative fields.

Frontier Ruckus sings to a faraway lover in the latest SoFar Omaha video. Its folksy backyard performance was filmed July 14 in Benson, where the band played with Matt Whipkey and The Hottman Sisters. Those videos are yet to come. In the meantime, check out Frontier Ruckus’s “Visit Me.”

Dominique Morgan releases ‘Dom’s Favorite Things’ EP tonight at the Down Under Lounge. The show is free, there will be food from 8-9 p.m. and a massive billing of Omaha performers. RSVP here.

Tomorrow, Lincoln’s SP CE Commons hosts Do-It-Ourselves [Mini] Fest, featuring workshops and a concert much like its larger summer-time sibling. There will be a suggested donation of $10, but the event is ultimately free to attend. Workshops start at 5 p.m., music at 7 p.m. RSVP here.

Omaha hip-hop duo Third Eye Merchants release its debut EP Visions tomorrow at The Sydney in Benson with Articulate, Conchance and DJ Really Real. the first 75 through the door receive the album on CD. Doors at 9 p.m. RSVP here.

For the rest of the weekend slate, head to our statewide calendar at hearnebraska.org/events. Hit us up with pictures and thoughts via Instagram and Twitter at @hearnebraska. And as always, keep those song submission and story ideas coming.