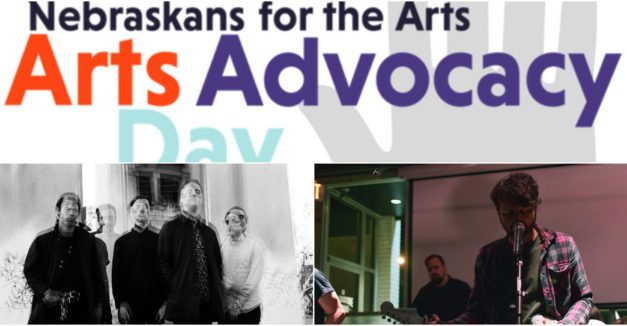 National arts and humanities funding may be on the chopping block. Nebraskans for the Arts is leading the charge on voicing opposition.

The organization hosts a local outpost of tomorrow’s nationwide Arts Advocacy Day tomorrow at Kaneko. From 7 am to 7 pm, the NFTA  will highlight ways that private citizens can engage their local, state and national representatives and advocate for investment in the arts. Attendees will also hear from other local organizations as they demonstrate the value of arts and humanities to Nebraska communities.

Lincoln Community Playhouse will host a similar event in the Capital City from 7 a.m. to 6 p.m. LCP will have lists of representatives, arts information, sample letters, post cards and stamps available. There will also be a computer for email access to representatives.

“A lot of people don’t realize the impact this is gonna have,” Nebraskans for the Arts executive director Doug Zbylut told HN in late February. “If NEA is eliminated, that’s 35-percent of the grant funds given out [statewide]. There could be elimination of arts education programs around the state.”

[Editor’s note: Deafheaven is currently on tour with This Will Destroy You and Emma Ruth Rundle and will play at The Waiting Room on Tuesday, March 21st. Find tickets here.]

From smoking cigarettes in the park after school in Modesto, California to touring relentlessly across the world, George Clarke and Kerry McCoy have a dense history together as songwriters and friends.

The duo went to high school together in Modesto before moving to San Francisco and starting the experimental black metal band Deafheaven in 2010. Since then, the band has added three members and written three full-length records. What’s most distinguished about Deafheaven is its unique blend of the ominous sound and feel of black metal and the atmospheric musical themes portrayed in post-rock and shoegaze.

After the success of their sophomore album, Sunbather, the band landed under the spotlight of a controversial debate for their peculiar sound. Growing swiftly in popularity amongst the non-metal community, some black metal fans lambasted the band for not playing “real black metal.” The media picked up on the band’s success, but also on the words of its naysayers. Pitchfork called Deafheaven “metal’s most divisive band,” which begged the question: were they innovative metalheads with a new-found ingenuity, or insubstantial posers without a true role in the black metal world?

If Sunbather was a record released for Deafheaven’s non-metal fans, its 2015 release, New Bermuda was a nod to their roots. Heavier at first listen than its previous counterpart, the album was written in the midst Clarke’s move to Los Angeles and the subsequent transitional period. While carrying an overall darker tone, the album still retains many of the band’s more ambient and delicate qualities.

Clarke spoke to Hear Nebraska over the phone about he and McCoy’s relationship, what Deafheaven’s new music might bring to the table, and the icy weather the band hit before its show in New York.

George Clarke: Tour is going really good actually. All the shows have been selling very well, and the package is great. It’s really excellent getting to watch Emma and This Will Destroy You every night. We had a bit of a hiccup with this east coast snow storm, but we were able to bounce back. [The storm] was supposed to be a lot worse than it ended up being, so for that I’m thankful. But yeah, we’re definitely surrounded by snow right now.

HN: I have to admit, I don’t have much of a background in black metal, perhaps similar to a lot of your fans. Do you feel Deafheaven brings people to that genre, or not really?

GC: Yeah, I think so. I think a lot of people have called us a “gateway band,” which is totally fine by me. I think because of the coverage we’ve received from a lot of these outlets that don’t necessarily cover metal to begin with, that’s allowed us to reach a broader audience and a lot of people who are not necessarily familiar with the style beforehand.

HN: How do you guys typically shape your setlists?

GC: For this tour we’re kind of doing a mixed bag thing. Typically after we record a record we’ll do a tour that features the entirety of the album that we just did and select a couple others. But because we’ve been touring on New Bermuda for a bit, this tour has songs from all three of our albums and some extras too, including the Mogwai cover we put out a couple years ago.

HN: So in some ways it’s a special tour for people as much as the New Bermuda tour.

GC: Yeah! I think fans appreciate it and a lot of these songs people haven’t heard in awhile. It’s refreshing to play them, as well.

HN: Your life has changed drastically since before Deafheaven. What’s it like reflecting on those times living in San Francisco?

GC: It’s cool. I think over the years we’ve put in a lot of hard work and I’m happy that the band has grown to the spot that it is now. You know, it’s a job, but it’s a great job.

HN: Have you been influenced by being from the Bay Area?

GC: Yeah, I think the Bay Area has a very rich history of metal and I think a lot of those bands that came out of the area, whether it was thrash in the 80s or avant-garde black metal in the early 2000s, it’s definitely helped shape our sound.

HN: You’ve explained in interviews that New Bermuda is about the disillusionment of trying to move on to a new place. Do you feel like that situation has changed at all since the record’s release?

GC: It has, yeah. That was written during a time where I was in transition. I was moving to a new city and my living situation had changed quite a bit, and at this point it’s been years. I’ve gotten a lot more comfortable and more level-headed with how I view my place in the world, I guess.

HN: How will that affect your upcoming music?

GC: I think it’ll affect it quite a bit. I think I’ll probably end up writing about something that’s not myself, which will be a nice change.

HN: At the end of New Bermuda in “Gifts to the Earth,” you have this poetic lyrical work about death before breaking into an almost indie-rock outro. Is there any special significance to that sonic change at the end?

GC: Not particularly, but we wanted to write a song that was a little more traditionally structured. We wanted to do a verse chorus verse chorus thing, and Kerry had that end part written for a while, and it just flowed really well. I thought it ended the record in a really cool way.

HN: How does songwriting happen between all of you? What is the process like?

GC: Typically the way it goes is Kerry will have the bulk of the musical ideas — the lyrics are written separately — and then he’ll get together with Dan and Shiv and they will figure out the song. Then I’ll listen to it, maybe throw in an idea or two, and then start working on vocal placement which Kerry and I both do. I guess the most challenging aspect on my end would be fitting the words in the song in a way that’s not only interesting sonically, but gets the lyrical point across as well.

HN: What can you say about the role of instrumentation portraying the lyrical themes of the music?

GC: I think because we write songs in a sort of dramatic, grandiose way, they fit the lyrics really well. You would maybe even think they were crafted together, but I think it’s just the relationship that Kerry and I have. We’re very much on the same page as far as what we’re trying to accomplish, not only sonically, but also with the meaning of the songs and the meaning of the records.

HN: What’s the rest of the year look like for Deafheaven after tour in June?

GC: That’s basically it. We’ll be touring through June and then I think the plan is to take a break and start focusing on the next record, which we’ll probably have out at some point next year.

HN contributor Alex Durrant went to The Bourbon Friday night as The Killigans headlined a local billing featuring Bogusman, Bullet Proof Hearts and Wolf Dealer. It was the Lincoln punk band’s last show before an announced hiatus, during which it will record for a new album (and assume parental duties for newborn children). 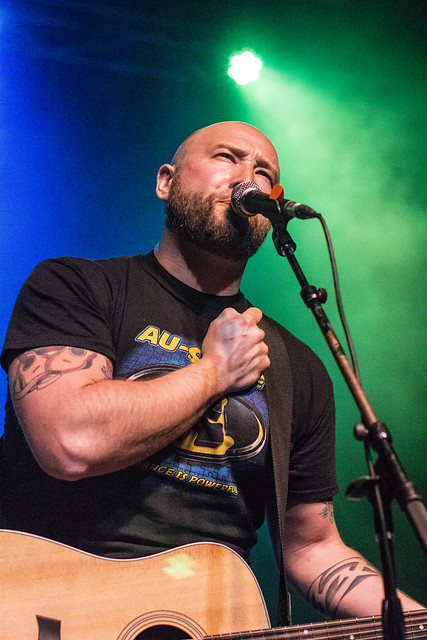 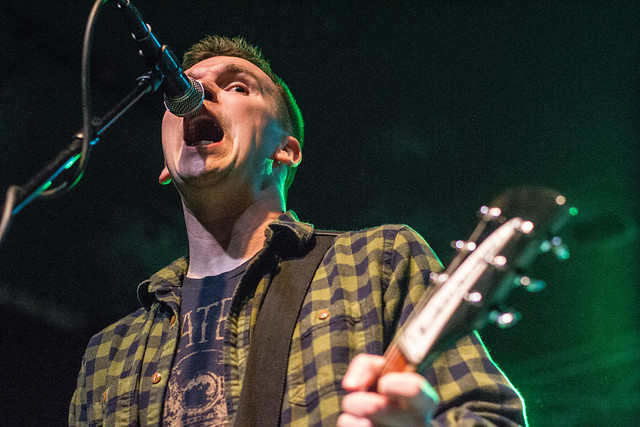 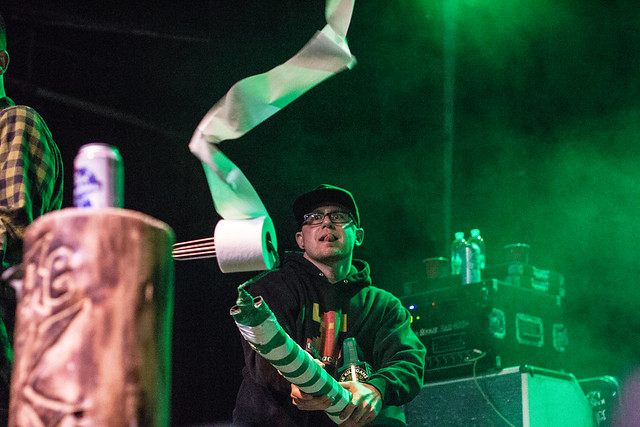 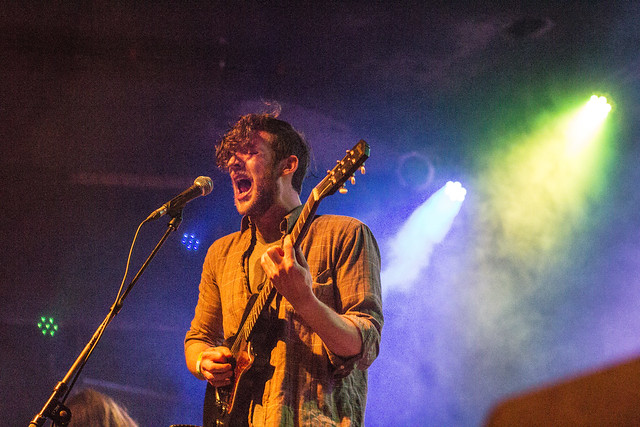 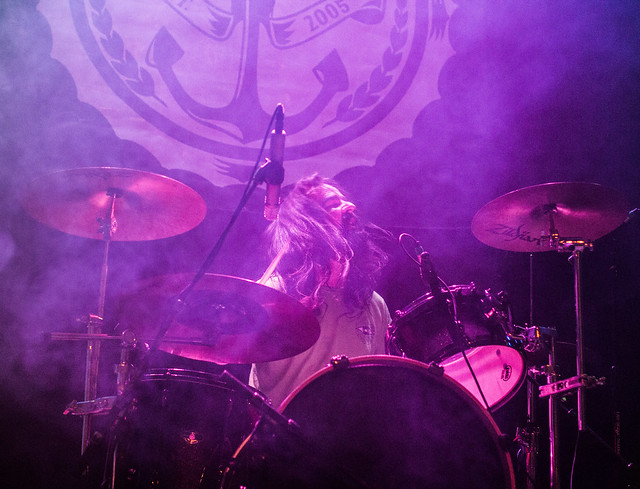 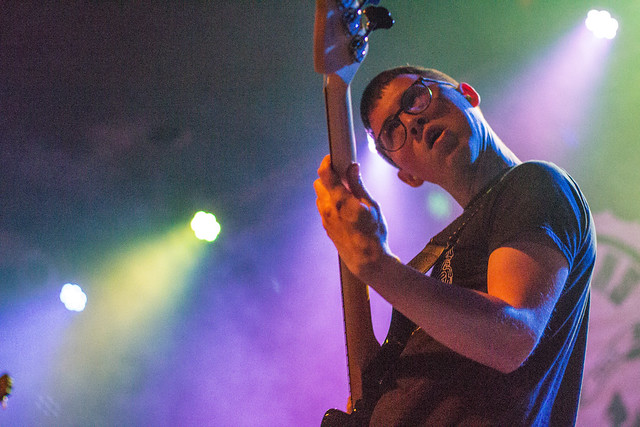 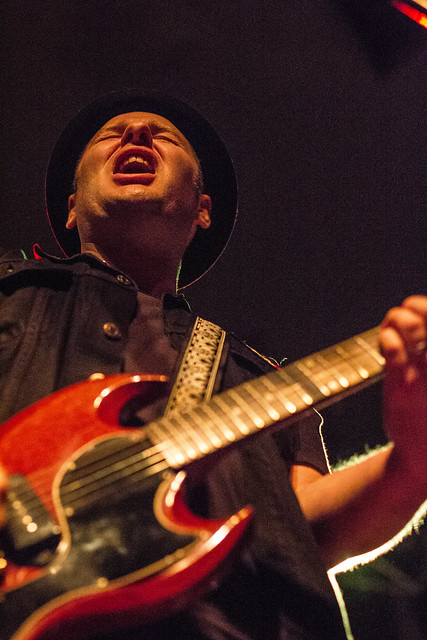 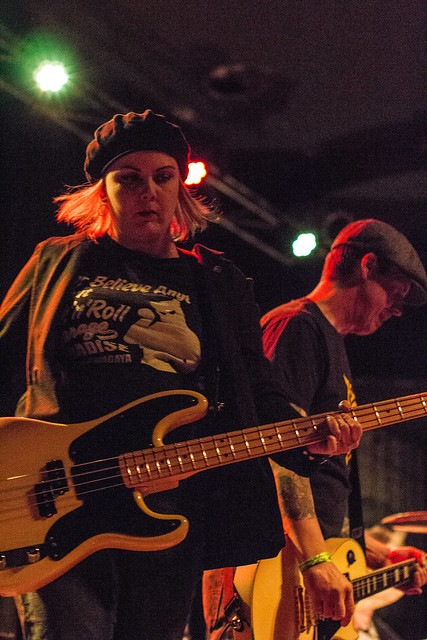 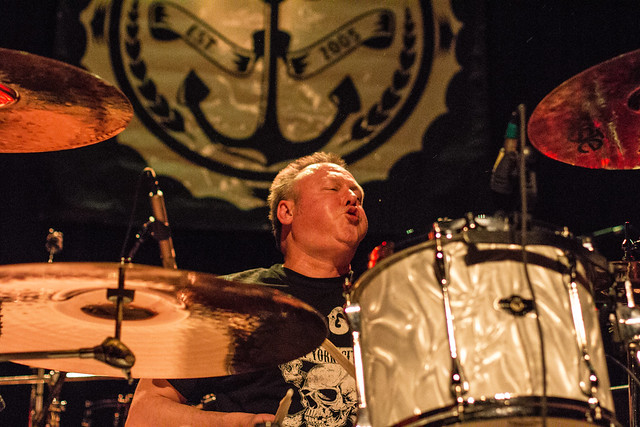 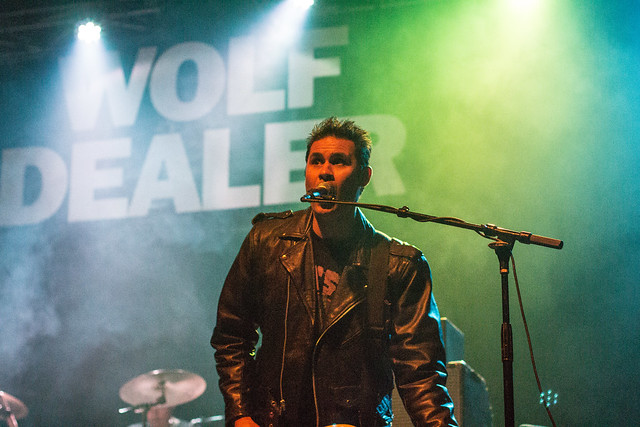 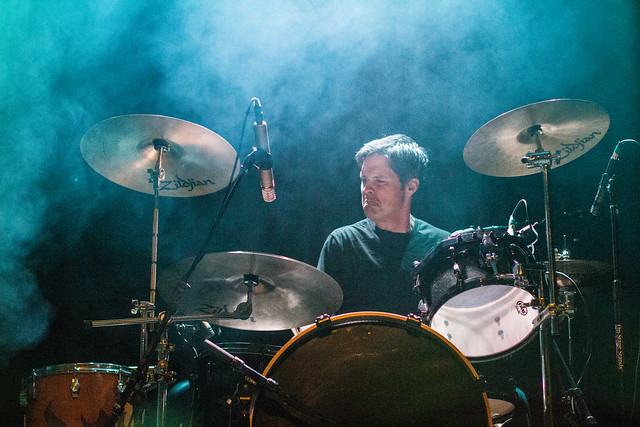 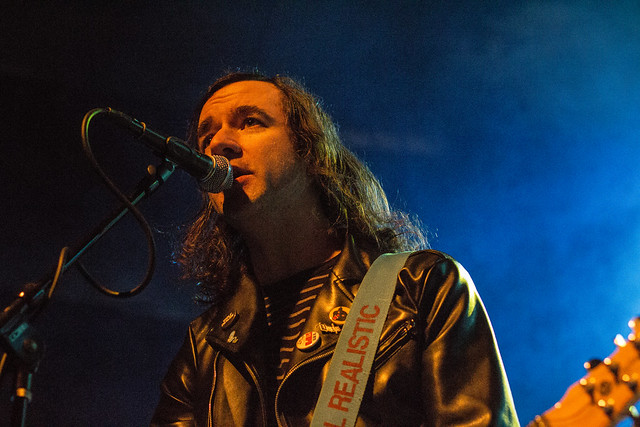 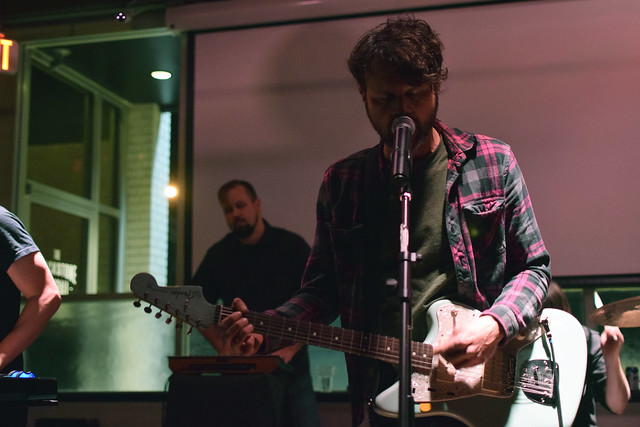 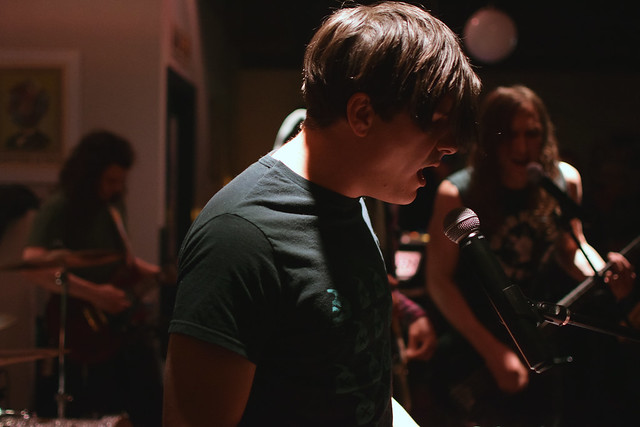 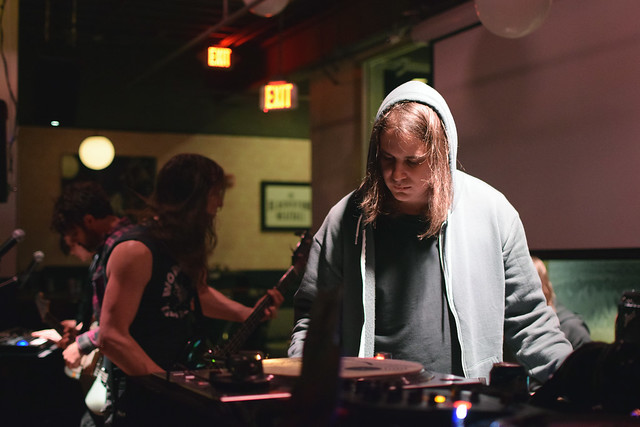 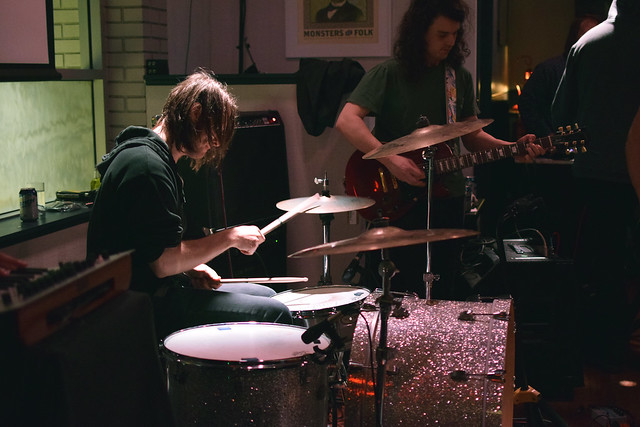 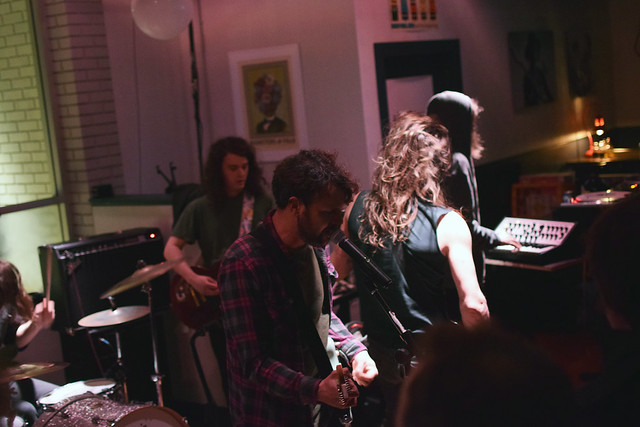 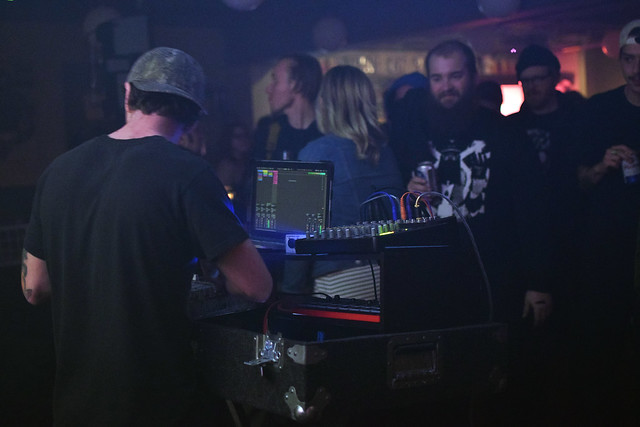 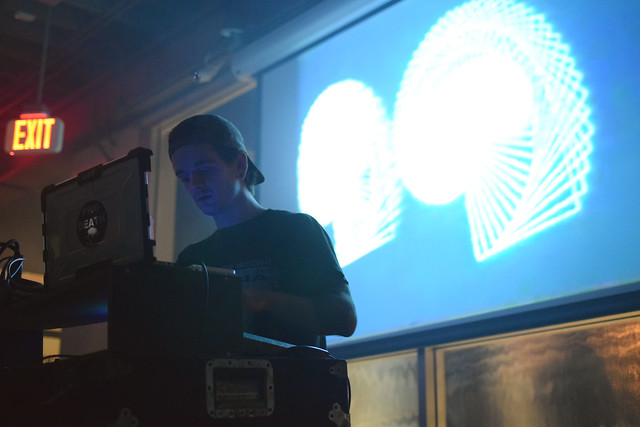 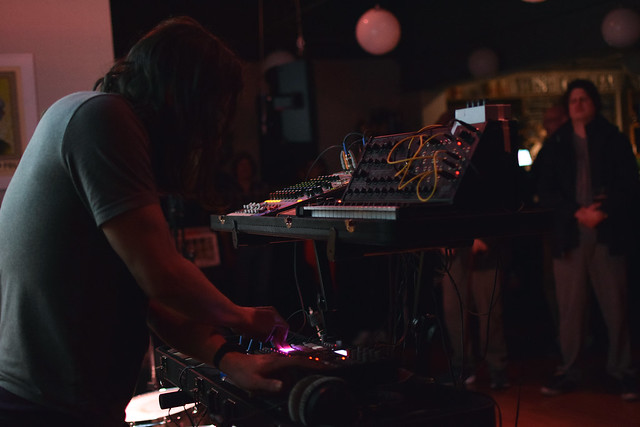 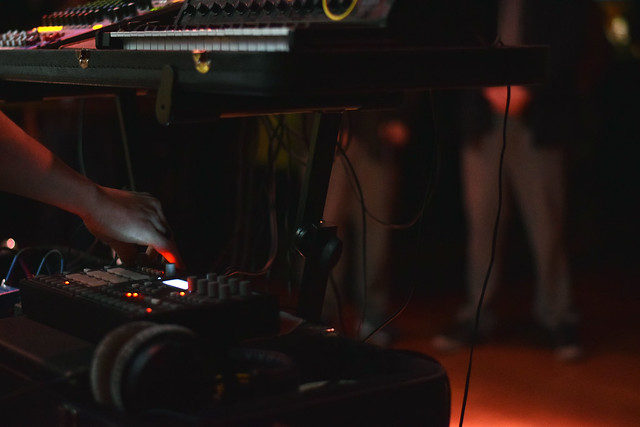 HN contributor Dean Birkheimer went to The Waiting Room Saturday night to catch Dinosaur Jr with opening act Easy Action. The band’s long and checkered history has stabilized in recent years, and it tours currently on its 11th studio album Give a Glimpse of What Yer Not. It’s the fourth of the band’s “modern era,” following its reunification in 2005.

Plan your concertgoing week with our statewide calendar here. If we’re missing something, email the details to news@hearnebraska.org. Use that same email for news tips, story ideas and corrections.