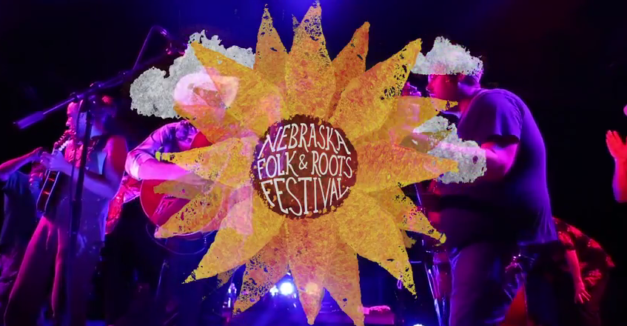 If every music genre has an ideal or natural setting, for folk and roots music, the countryside is undoubtedly it.

In that way, one could view the Nebraska Folk & Roots Festival’s move to Branched Oak Farms two years ago as a homecoming, with its pastoral views and relaxed atmosphere providing the perfect backdrop for acts like Darrell Scott, Jack Hotel and Gregory Alan Isakov.

Branched Oak Farms owner Doug Dittman sees it just a bit differently. To him, the festival, which enjoyed its second year on his farm, creates a necessary merging of urban and rural.

“You can’t do it one without the other, you have to have both,” Dittman says in the Folk & Roots recap video released yesterday. “I always love it when the city meets the countryside and we come together.”

The fourth-annual Folk & Roots Festival will see its return to the farm June 16-17, and will announce the lineup April 8 at 1867 Bar. To hear more about what makes gives the festival its down-home character, watch the video recap from year three below:

Slowdown’s biggest dance party is back for its 10th year this weekend, when its co-founder’s band will help kick off the proceedings.

Happy gOo Year will ring in 2017 at the downtown Omaha venue this Friday and Saturday, celebrating a decade-long run with two nights of dance punk band The Faint, whose frontman Todd Fink helped create gOo in 2007. The band plays Friday night with Plack Blague and Closeness (Todd and Orenda Fink) and again during gOo itself.

The inaugural gOo was thrown as a kind of experiment after Fink and Saddle Creek co-founder Rob Nansel hatched the idea for an indie rock dance party. It has sold out every year since.

“I guess it means that humans still like to party,” Fink says. “You can party about a shit year being over or about the hope of a new one starting. It’s so easy to justify going to party.”

In addition to DJ sets by Fink and others, this year’s event will feature “wet chocolate,” “sweet floss” and “30 foot video of yourself” (your guess is as good as mine). There are other surprises Fink says he prefers to wait for, but what we do know is there will be a ton of indie rock dance music.

“The DJ’s know that a New Year’s crowd is an eclectic bunch and the music choices reflect that,” Fink says. “When I DJ outside of town it’s usually under “The Faint DJ set” moniker so the type of music I play is much narrower. I guess [gOo] is mainly for people who like the techno/synthpop/indie stuff that i’m into.”

That first gOo happened after a Faint show, and Fink says the band is excited to play a (more than usual) dance friendly set tailored to the event itself.

“Honestly, I don’t really know what to expect but since it’s gOo,” Fink says. “I’m hoping that we’ll be playing to some fresh faces. We are choosing a set of our danciest songs and we are bringing our full lighting production so It should be a wild night.”

Tickets to Friday night’s all-ages show with The Faint, Closeness and Plack Blague are $20 today, $25 tomorrow. Find them here.

Nebraska musicians contribute to ‘ROAM for the Holidaze’ year-end audiozine

You all remember ROAM, the audiozine/podcast that melds crafted and found-sound submissions, based on a theme, into one delectable compilation? Its seventh-annual holiday edition, “ROAM for the Holidaze,” has been released and features a number of Omaha-based contributors.

Founded in 2009 by David Matysiak (Coyote Bones), Devin and Mason Brown and Jordan Noel, ROAM often features artists from the Omaha and Atlanta areas as kind of a check-in to see what everyone is working on. It spent most of 2014 as a monthly creation, but its most devoted cycle is the annual holiday edition, which this year features Omaha artists of Todd Fink, Derek Pressnall, Sam Martin and Dereck Higgins.

We’ll let the people at ROAM take it from here:

As the new year approaches we come closer to the threshold that divides us from Then and Now. It is a time where we look back to preserve just as we look forward to divest.

The two-faced Janus looks both forward and backward, blessed with a double-vision that allows for seeing into the future and the past at the same time. Here at ROAM, we believe that sound recording and manipulation allow sound scientists to create new hybrid soundforms that are capable of replicating the Janus’s peculiar visual enhancement but for the ears instead of the eyes.

In this seventh installment of our ROAM for the Holidaze compilation we unveil the fruits of some of the greatest examples of this type of soundform cultivation. Listening both forward and backward as present memories give way to future nostalgias, our contributors share intimate moments, fantasies, nightmares, and the joys of making a racket.

Won’t you lend us your ears for the latest in this sonically satisfying holiday tradition?

Head to our statewide calendar here for the listing of tonight’s shows. Shoot us an email at news@hearnebraska.org with anything we missed, or other news tips, story ideas and upcoming new music.