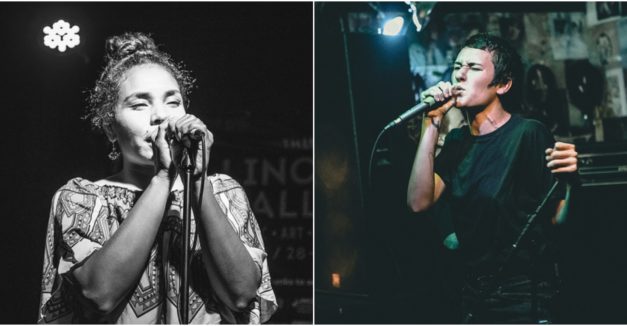 The road from idea to realization has wound to and fro for Mesonjixx’s debut album, but it has finally reached its conclusion.

The R&B project helmed by Lincoln vocalist/artist Mary Lawson digitally released its In The Middle EP Friday, six weeks after celebrating its physical release at Zoo Bar. Recorded at Make Believe Studios, the EP features players from the band’s most solidified lineup (2015-2016) in guitarist Myles Jasnowski, drummer Kekeli Dawes and bassist Josh Barger, along with recent collaborator and Both producer Nate Asad aka INFNTLP.

At just four tracks long, In The Middle gives a taste Mesonixx’s evolution since its first appearance in 2015. It includes the deeply intimate and grooving “On Repeat,” which fans will recognize from Lawson’s live arsenal. Lead track “Motion” sets the tone with lush harmonies and lyrics bursting with strength, love and vulnerability.

Hear the album via Bandcamp or Spotify now.

There is more release news to share, as Omaha hardcore punk band Dilute has dropped its own debut demo. Against a crushing backdrop of acidic guitars and pounding rhythms, vocalist Alex Heller rails against objectification and commodification of women in five quick-hitting tracks.

The quartet — Heller, guitarist Nathan Ma, bassist Kaitlan McDermott and drummer Jon Cobb — played its first show at the 2016 Nebraska Hardcore Showcase and has been performing locally in the 12-plus months since. HN contributor Kelly Langin wrote last year in preview that Dilute’s addition to the scene “will hopefully be the start of a wave of more female representation in Nebraska punk.”

Saddle Creek Records has punctuated another strong year by adding another artist to its roster.

Chura emerged from the Detroit scene in early 2017, after years of recording, self-releasing music and playing in other projects. Messes showcases her unique, warbling voice and intricate, intimate guitar work as she attempts to make sense of the emotional messes of life. Pitchfork calls the album “true to its title … inchoate” while still being “rich in mood, sumptuous enough that the blurry contours don’t matter much.”

HN multimedia intern Arianna Bohning went to Zoo Bar Friday to catch night one of Chicago’s Lil’ Ed & the Blues Imperials’ two-night stay at the Lincoln blues haven. Lil’ Ed Williams and his band have built a strong following since its inception in the 1980’s, cutting nine studio albums with blues label Alligator Records and touring the nation’s blues circuit. The Blues Imperials have made frequent stops in the Capital City, playing for KZUM’s Blues Blowout in September. See Bohning’s photos from his most recent stop below. 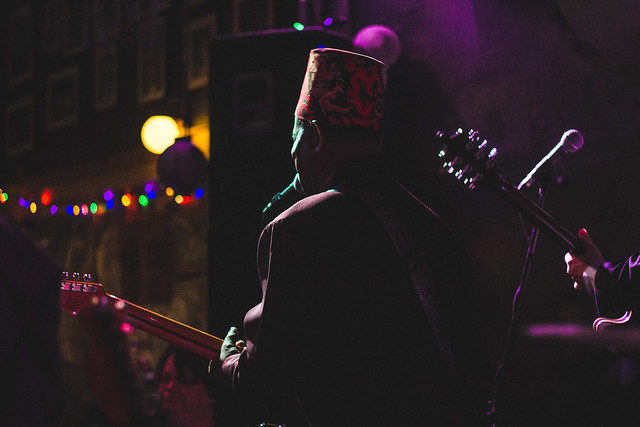 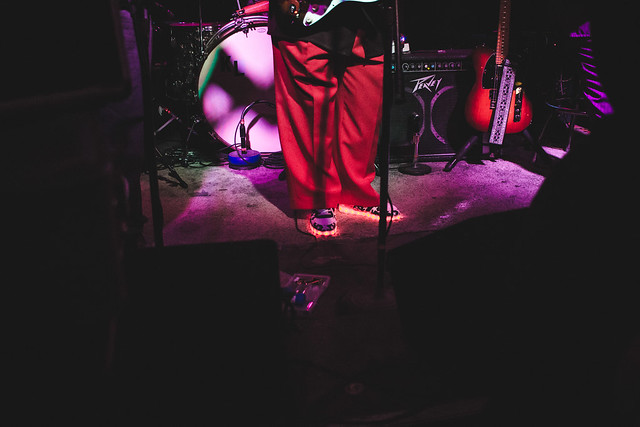 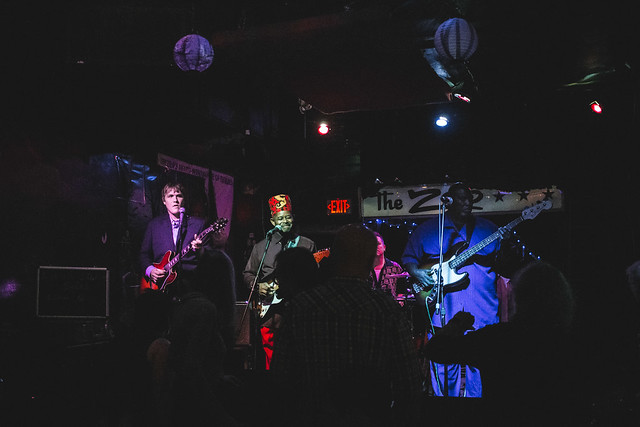 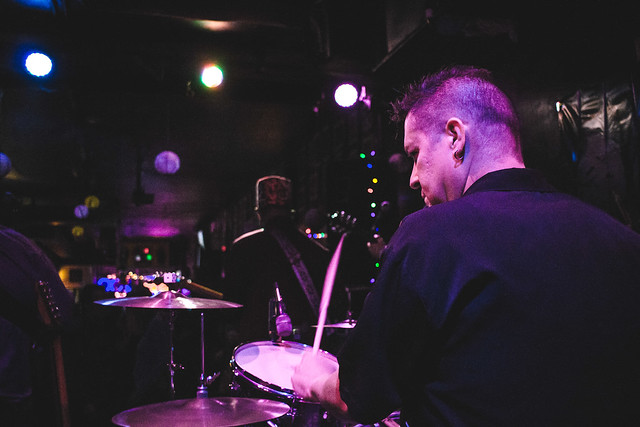 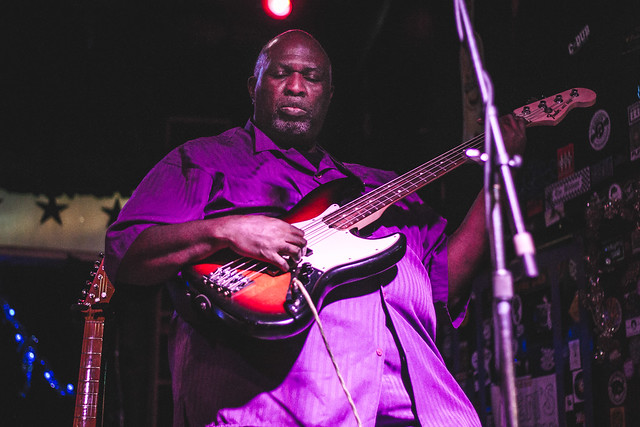 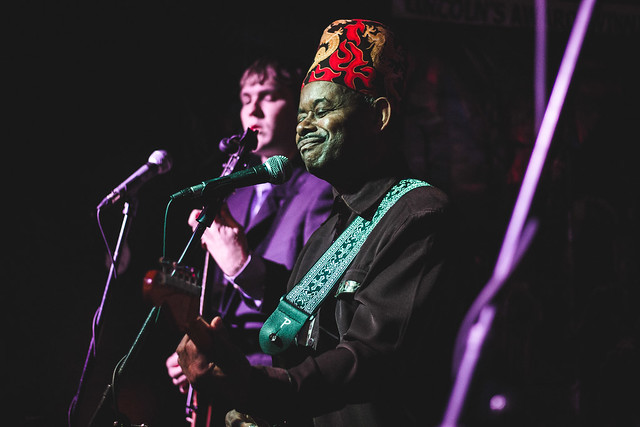 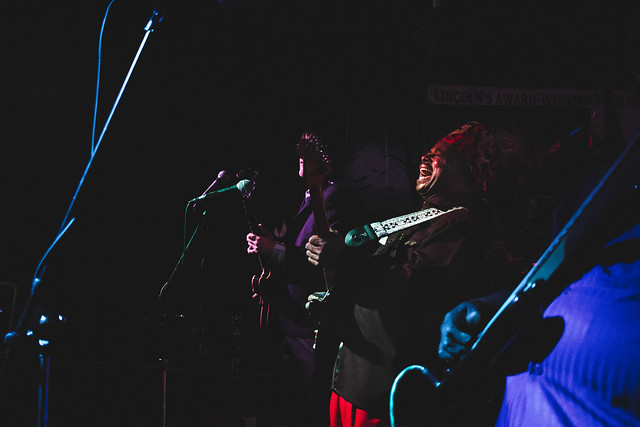 Shake the early week blues with some live music. Find picks below and a fuller listing at our statewide calendar here. Contribute your own with this form or email us at news@hearnebraska.org.

Hear Nebraska FM on KZUM – HN’s two-hour local music show takes the KZUM airwaves, as it does every Monday night, from 8-10 p.m., bringing the latest and greatest in Nebraska music. We’ll spin some new tracks Mesonjixx, Dilute, Thick Paint, Anna McClellan and, in celebration of the re-release news, a look back at Cursive’s debut and sophomore albums. Tune in to 89.3 FM in Lincoln or stream around the world at KZUM.org and via the Tune-In app (and email music for airplay consideration to news@hearnebraska.org).

The Drums, Methyl Ethyl at The Waiting Room – New York indie pop band The Drums comes to The Waiting Room Tuesday night having moved on to a new chapter. Founding member Jonathan Price is the sole principal songwriter on its latest album Abysmal Thoughts, born out of the hardship Price faced in the wake of his partnership dissolving and his moving to Los Angeles. The result is an “unflinching biography” with Pierce behind every instrument for one of the project’s poppiest outputs to date. Australian art rock band Methyl Ethyl opens the show. 8 p.m., $15, all-ages, RSVP here.