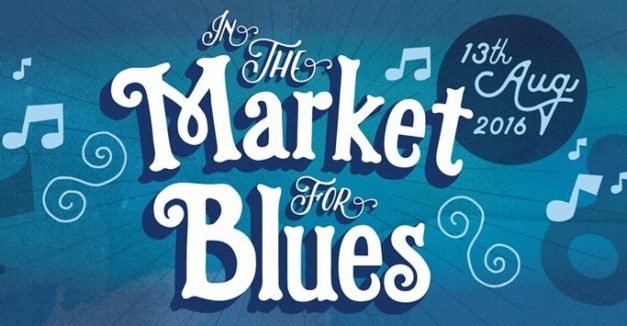 In The Market For Blues returns for second year

One of Nebraska’s pre-eminent blues players is bringing the genre back to Old Market.

Earlier this year, Anchondo made his second journey to Memphis for the International Blues Challenge, placing as a finalist. His band placed as semifinalists the year before. He chatted with us in January about that first year; read the interview here.

The one-day event will be held at Harney Street Tavern, The Hive and Dubliner Pub, and starts at 3 p.m. Aug 13. Admission to all three venues is $10, or $5 for one venue. Food trucks will be nearby.

See the full lineup below, and RSVP here.

In the wake of recent shootings in Baton Rouge, La., and Falcon Heights, Minn., Omaha hip-hop duo Third Eye Merchants have released a collaboration “Beef Will Creep” with Stylo Tha Don and Max Fischer. Read their statement below:

“Beef Will Creep was written out of anger prompted by the murders and unjust treatment of innocent civilians by law enforcement across America. The song portrays three individual MC’s from varying walks of life, and their thoughts on the brutality, and injustices that follow. Without retribution in this world there’s little hope for peace. Maybe one day we’ll subdue the beasts rage through unity. Until then the Beef Will Creep.”

Listen to the new track below, and see the (NSFW) video here.

Folk singer/songwriter M. Ward is making the rounds in support of his new album More Rain, earlier this week opening for Brian Wilson at the Hollywood Bowl before playing Conan the next night. The video of the latter is below.

See that pair of sunglasses-sporting backup vocalists over Ward’s right shoulder? The one on the audience’s right is Neva Dinova frontman Jake Bellows, lending “doo-doo”s to piano-driven “Time Won’t Wait.”

Neva Dinova was back in local news yesterday, when Lincoln Calling announced the indie rock band’s reunion for the Capital City festival Oct. 6-8. Find the entire lineup and RSVP here.

Tonight, see a four-act bill at O’Leaver’s, 1322 S Saddle Creek, featuring Bus Gas, Routine Escorts, Chalant and Jim Schroeder. The is being billed as Bus Gas’s final show “for the foreseeable infinity,” so if you’re into the ambient, you probably want to be there. $5, 9 pm., RSVP here.

Head to our statewide calendar here for a fuller listing of shows. If you do not see yours or one you plan to attend, email us at news@hearnebraska.org, put it in the comments or add it yourself here.