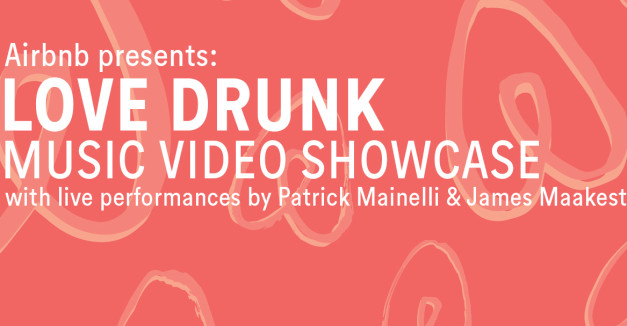 Since then, the video team has produced 128 videos with local and national acts and has embarked on two cross-country tours. Friday night, alternative lodging rental network Airbnb is celebrating Love Drunk’s achievements with a music video showcase (RSVP) in downtown Omaha.

Hosted in a pop-up shop on 12th and Jackson, the event will showcase a handful of Love Drunk’s work on a big screen and feature performances by songwriters James Maakestad and Patrick Mainelli. Love Drunk’s most recent video features Mainelli and Maakestad has been featured for his work in Gus and Call and McCarthy Trenching. The evening is hosted by The New BLK.

Brickway Brewery and Distillery will provide complimentary beer, and Airbnb is also using it as an opportunity to provide information on becoming a host for the service.

We consider ourselves fortunate be able to feature the great work that Love Drunk does. Many of Hear Nebraska’s current and former contributors have cut their teeth working video for the project.

We are extremely excited to announce that, with your support, we raised $5,900 during last Tuesday’s Community Support Day at the Whole Foods Markets in Omaha and Lincoln.

On Community Support Days, Whole Foods donates five percent of the day’s total sales to the local non-profit with which they’ve partnered.

“We are grateful to receive this generous donation from Whole Foods Market, which will go directly toward supporting artists, writers, videographers, photographers, designers and other creatives in Omaha and Lincoln,” says Hear Nebraska Executive Director Andrew Norman. “Plus, it was a really fun day that allowed us to explain what Hear Nebraska does to Whole Foods Market customers, while local musicians performed in the stores.”

“We are thrilled to have partnered with Hear Nebraska and are proud to help support our local artists – they are a huge part of what makes Lincoln and Omaha so vibrant and unique,”  says Laura McLeod, Marketing and Community Relations Specialist at Lincoln’s Whole Foods Market.

We want to thank Whole Foods Market, and everyone that shopped there on Feb. 24. We also want to thank Zipline and Lucky Bucket breweries for coming by the Lincoln and Omaha stores, respectively, to give out beer samples. And thank you to Kait Berreckman, Jessica Errett and Evan Bartels for performing at the stores.

.@the_evan_bartels bringing soulful country to @wfmlincoln. This store and Omaha’s are generously giving 5% of sales to Hear Nebraska today for their Community Support Day.

Yesterday, as reported by Omaha World Herald, Human Rights Campaign announced that 113 local businesses have signed a pledge to advance equal rights in the workplace for Nebraska’s LGBT community.

Hear Nebraska is proud to be among the companies that signed.

Companies that sign the pledge receive “Equality is Our Business” stickers and invitations to equality workshops and events. Other businesses have included Hutch, Union Pacific and Saddle Creek Records.

We’re thrilled that people in our music community understand the importance of LGBT equality and want to work to advance it.

From the World Herald:

Speaking of Saddle Creek, the label announced this morning a vinyl reissue of The Good Life’s first three albums, Novena on a Nocturn, Blackout and Album of The Year. It’s the first time Novena will have a vinyl release.

The online store also offers demo LPs from Novena on a Nocturn and Album of The Year. We know The Good Life has an album in the works, so we can probably expect a bit of touring from the band this year.

Thinking about getting a haircut but don’t know what to do with all that extra hair? Why not let a metal band burn it on stage?

Mail it to Vickers. The Lincoln noise-metal band is hosting its annual hair drive, which it uses to burn at shows throughout the year. This year, the band wants to reach more than 500 pounds of hair.

It might seem strange, but if you’re burning hair at every show, it has to come from somewhere, right? And it isn’t like there’s a hair-aisle at Hobby Lobby. 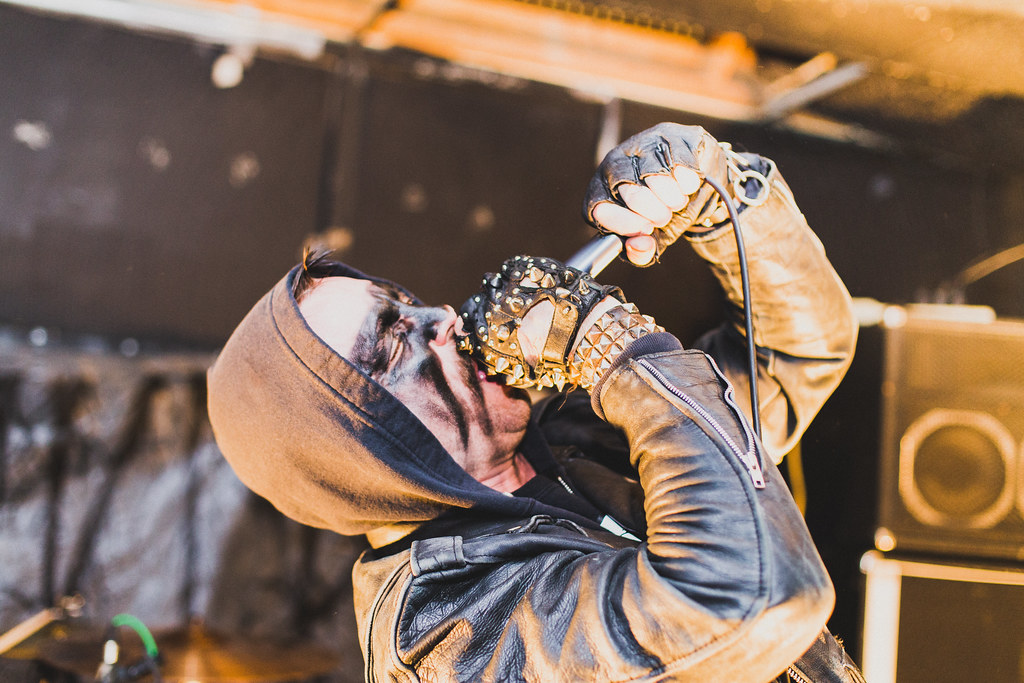 photo of Vickers by JP Davis

Tonight, Doomtree, the seven-member, Minneapolis-based hip-hop collective, plays The Waiting Room with Busdriver and Transit. RSVP here. Hellfyre Club was originally scheduled to play but cancelled the second leg of its tour with Doomtree for personal emergencies.

Yesterday, we published a Q&A with producer Paper Tiger about the challenges of visually representing seven people, intricacies that appear in recorded vs. live songs and living in a van.