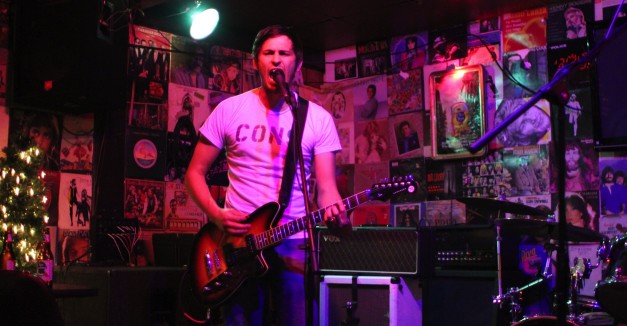 The Ataris are slated to play Omaha this July, and now Little Brazil has been added to the bill. 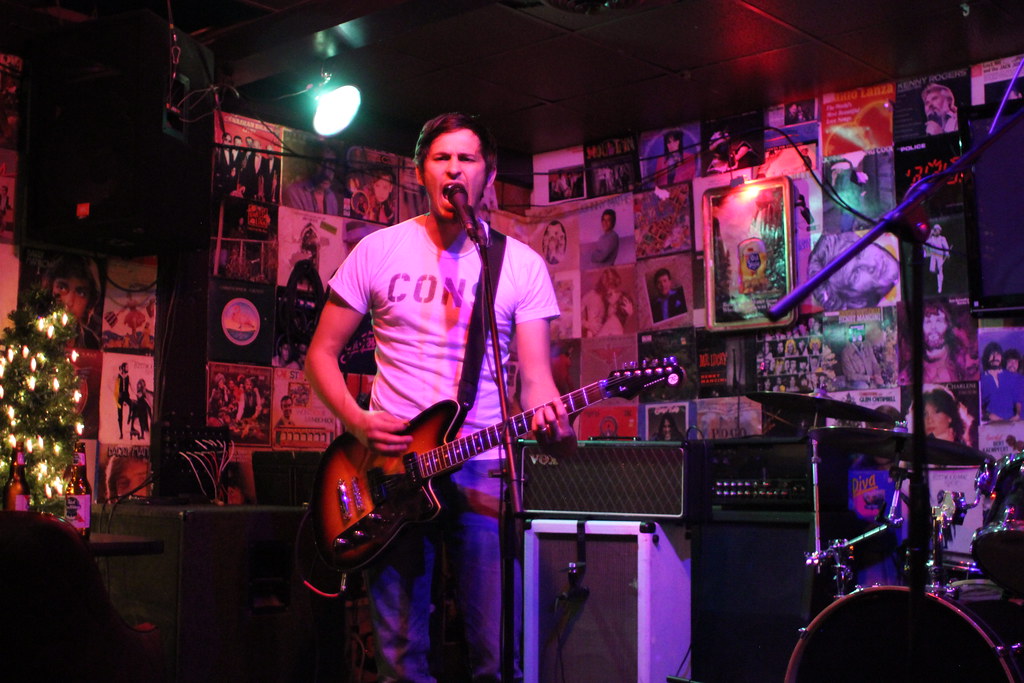 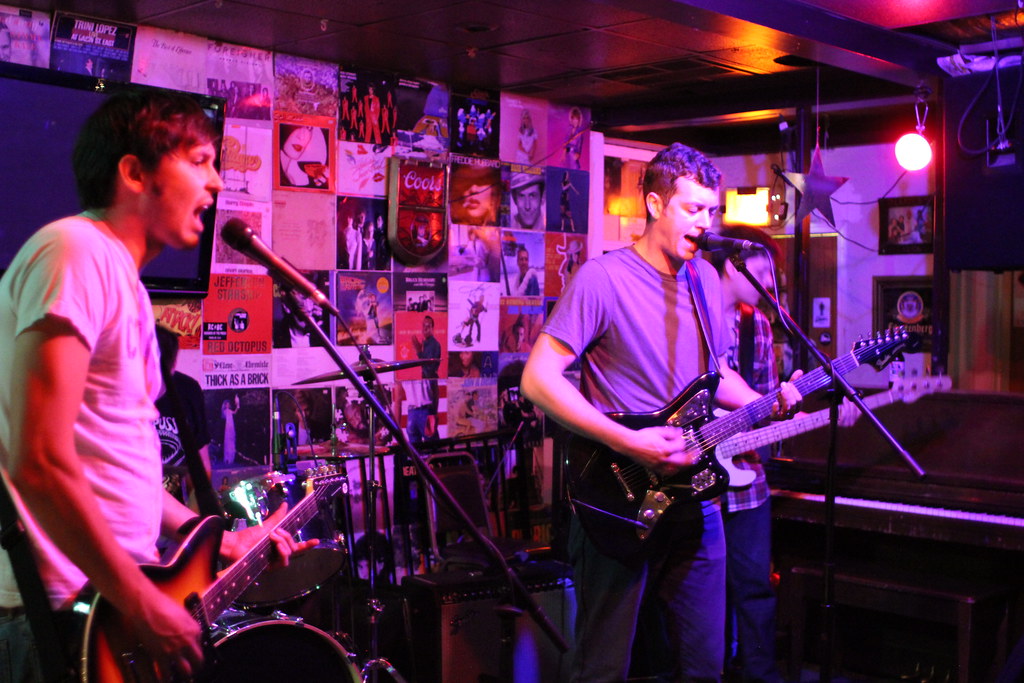 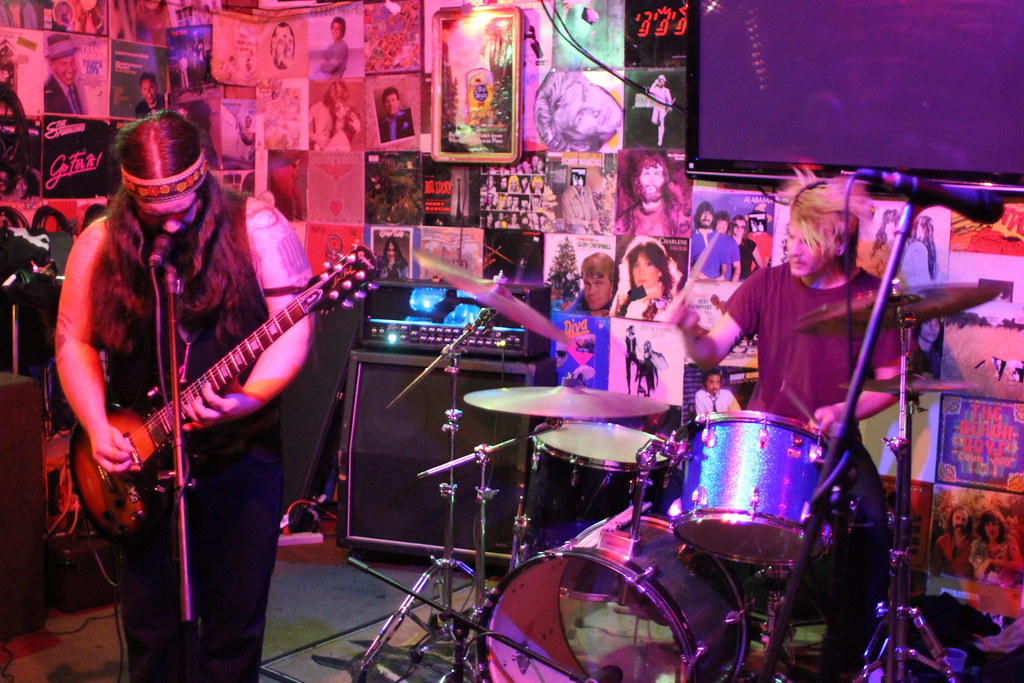 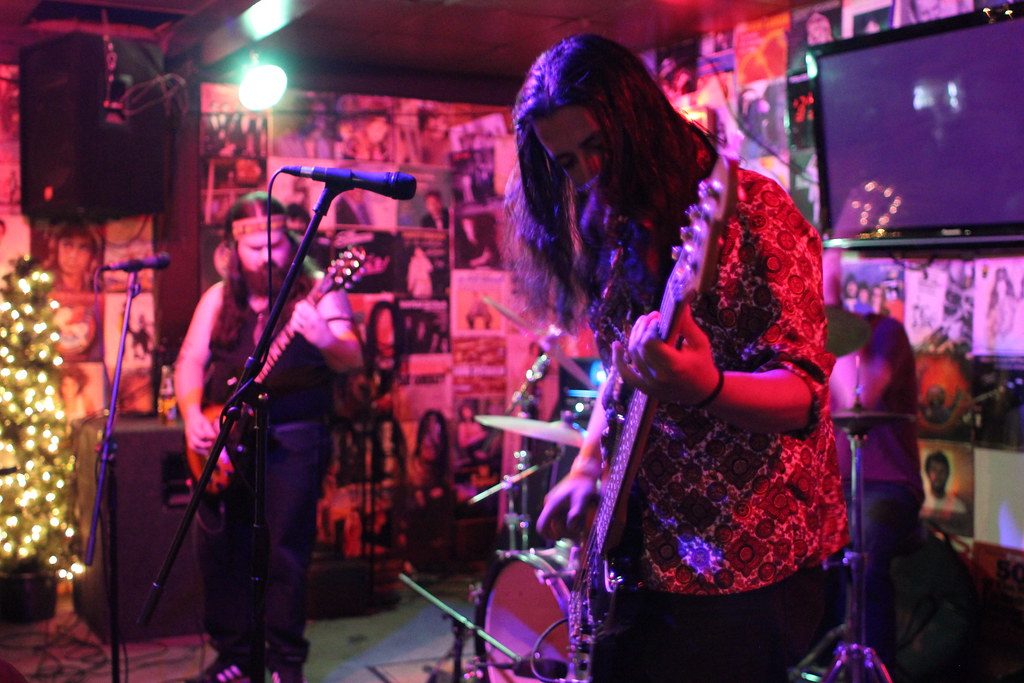 Then, James Dean was out and about in Lincoln, snagging a photo of Lincoln solo artist Charles Freeman at Zoo Bar and a nice live karaoke moment with Riverfront Boys’ Jeremy Fifield and The Shadowboxers’ Hanna Bendler at Duffy’s. Shithook, of course, plays live there every Thursday night. 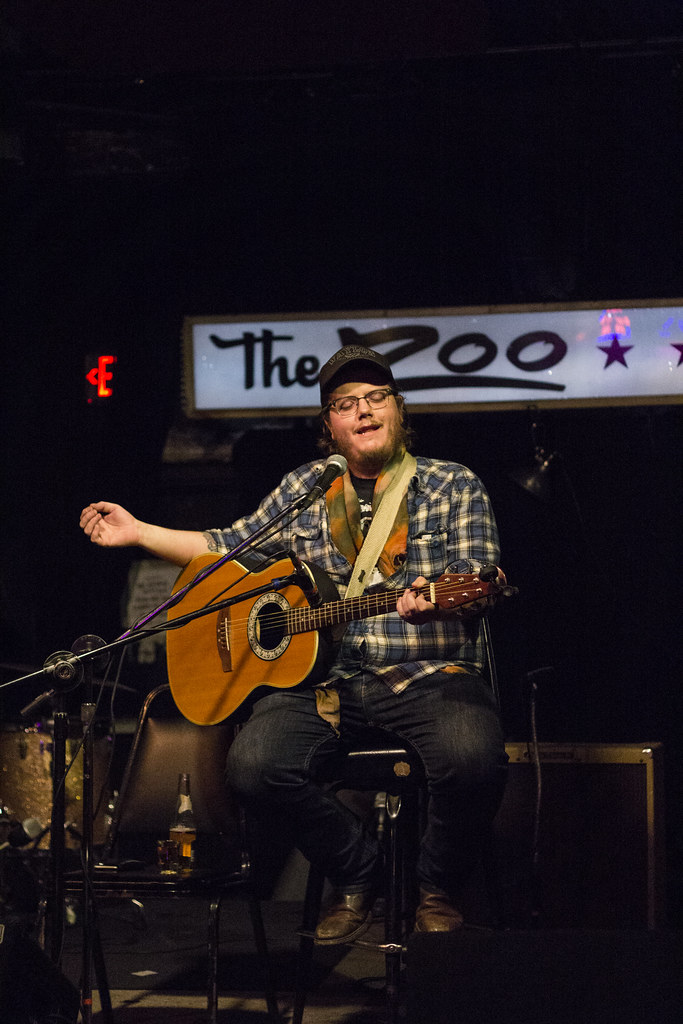 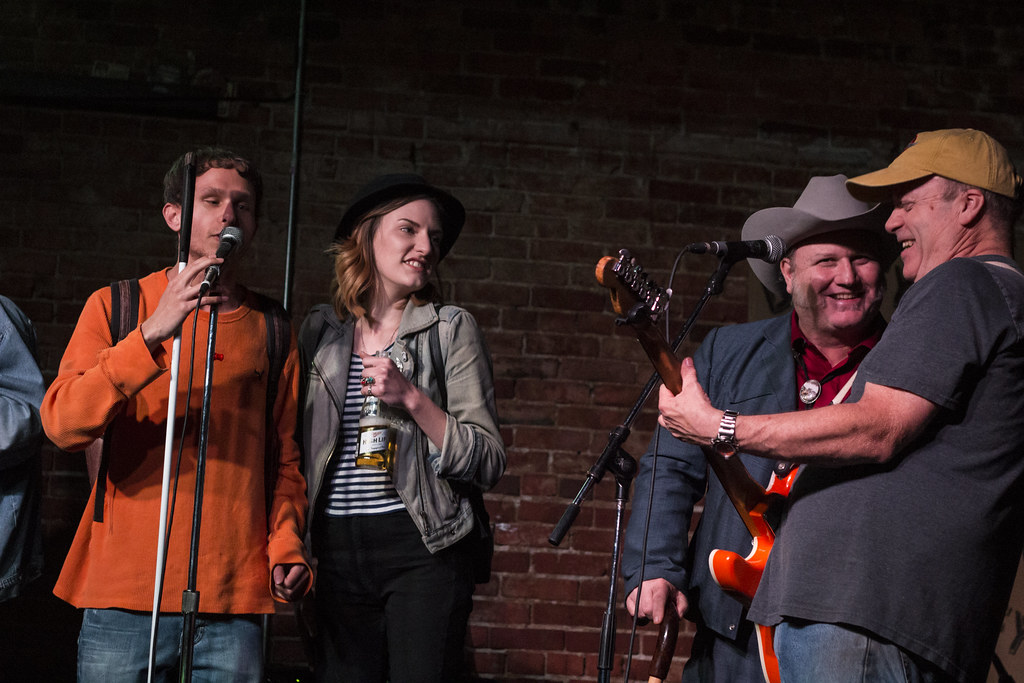 We’d like to make a quick introduction this morning for Omaha singer-songwriter Erik Thompson, who just released a new, self-produced album.

Thompson — performing as Pabodies Drilling Apparatus — has released Permeate The Membrane!, a collection of home recordings which feature Thompson performing solo with acoustic guitar. This is technically his second full-length batch of self-released material.

Thompson’s acoustic folk is minimalist, by his own admission. Sparse instrumentation is the backdrop for what feels like an open diary spilling out from his vocals, which span from hushed whisper to a cracking wail. His voice wavers, Gordon Gano-like, at the most emotional points of the album, but he always seems to center himself.

Listen to Permeate the Membrane! in its entirety here.

It’s supposed to rain all weekend. You have no excuse: get to a show. There are plenty to choose from on a packed Memorial Day weekend slate.

Kicking things off, Club No Quiet and X-Rated: Women In Music will host a panel discussion and acoustic show at the SP CE Commons in Lincoln. Feminist hardcore punk band War On Women will perform and take part in a discussion on women’s active inclusion and participation in music and the use of art as a vehicle for activism and social change.

Founded in February 2010, SP CE Commons is an open community aimed at providing a safe physical and emotional space for community engagement in creative and social endeavors. It has hosted a number of open discussions on race, gender and community issues.

The all-ages event starts at 7 p.m., with a $5 donation suggested at the door. RSVP here.

Over at Vega, Brooklyn jazz fusion trio Moon Hooch performs with Jazzocracy at 9 p.m. RSVP here. Moon Hooch’s origin story is a great one, for its start busking subway platforms in New York as a trio of saxophonists Mike Wilbur and Wenzl McGowen and drummer James Muschler. Its self-titled debut album, released in 2013, peaked at no. 9 on the Billboard Jazz charts. Since then, Moon Hooch has toured with They Might Be Giants, Lotus and Galactic. Their second album, This Is Cave Music, was released in Sept 2014.

Angel & the Devils play their CD release show tomorrow night at The Zoo Bar with Baker Explosion and Super Blues Party. Earlier in the week, we premiered “Swimmin’ In It,” from the upcoming album, which you can find here. RSVP to the show here.

In Omaha, Boise, Idaho indie rockers Built To Spill play Slowdown with Wooden Indian Burial Ground & Clarke and the Himselfs. Founded by Doug Martsch in 1992, Built To Spill first signed with Warner Bros. Records three years later. The band has released a total of eight studio albums, including Untethered Moon, which dropped April 21. Built To Spill is a kind of indie forerunner, cited as influential to bands like Modest Mouse and Death Cab For Cutie. Tickets to the show are $20. RSVP here.

Over at O’Leaver’s, Minneapolis rock quartet The 4onthefloor will play Saturday night with Clarence Tilton and The Sons Of O’Leaver’s. Entry is $5. RSVP here. The 4onthefloor’s high-energy performances are bolstered by a driving 4/4 pulse, paced by each members’ individual bass drums. They release their third studio album, All In, on May 26.

And you can catch Crom Comedy Festival all weekend in Benson. The brainchild of Omaha-native Ian Douglas Terry, the DIY-spirited comedy festival aims to provide an alternative to giant, selective comedy festivals. This year marks its third run in Omaha and its first in Denver. Read our preview of the festival by contributor Jeff Hall here. Tickets are $24. RSVP here.

For a full listing of shows, check out our events page here. Let us know where you’re attending via Twitter and Instagram at @hearnebraska.

If you do not see your show or one you are attending, hit us up at news@hearnebraska.org, or feel free to add it yourself via the “Contribute” button at the top of the HN homepage.