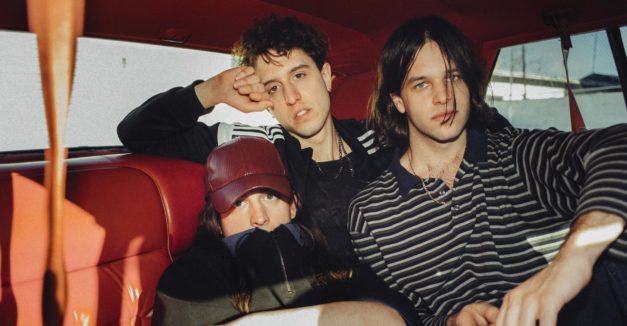 Less than one week away from Lincoln Calling, we have a handful of updates on artists, schedules and a great menu of workshops.

First up, by now you’ve likely seen it, but the entire three-day schedule of bands is out in the open and ready for your magic route-making marker. One might notice a few adds, not least of all Brooklyn indie rock trio Beach Fossils, which takes the place of Charles Bradley in the wake of his announced illness (get well soon, Screaming Eagle). Others include Chicago-based rapper Stik Figa, who closes Thursday night at Bodega’s, and the Race To The Bottom drag show at Duffy’s Tavern Saturday night.

See the full schedules below:

In addition, Lincoln Calling brings back an intriguing menu of workshops highlighting music industry topics relevant to any aspiring musician. Gain perspective from top music festivals like SXSW andTreefort Music Fest, learn about one of Nebraska’s most storied DIY labels and advance the conversation surrounding artist inclusion and women empowerment in the industry with Frankie Cosmos‘ Greta Kline and a panel of local artists.

See the complete list below and purchase weekend passes here.

Sometimes an artist’s best work is created in times of strife. In performance, Gabe Nelson doesn’t always fully reveal the turmoil behind the shining surface, with or without his band Pants. But it is from where he says his best work originates.

“My artistic creation flows more rapid in darker times,” Nelson says. “If I’m going through shit I can seem to write like the wind blows in Nebraska. If I’m happy it doesn’t flow as easy.”

The Americana group takes inspiration from rock, soul and country to bring a unique sound suspended between tradition and innovation. Its frontman’s gentle vocals play a spirited back and forth with guitar and percussion as they tell the tales of life’s characters.

HN caught up with Nelson to discuss his inspirations, the band’s album Up the Dosage and how the project evolved from an extension of his solo work. Read on below for more.

Hear Nebraska: Gabe, you performed as as solo artist for many years. What brought on the idea for the PANTS project and how did it come together?

Gabe Nelson: I was working on the album ‘Up The Dosage’ and was in need of a drummer, trumpet, and lead guitar to finish up the album. After working with Kevin Korus (drums) and Travis Hagge ( lead guitar) we decided this fun and sounds alright, let’s form a band and look for a bass player and found Torrey Rasfeld otherwise known as Dr. Low End. Our most recent members of PANTS include Brett Holihan on trumpet and Theo Marzorati on drums.

HN: Your album, Up the Dosage is filled with tracks that speak to yearning, loneliness and the feeling of displacement. How would you say these themes culminate in the album’s title? For you, how does music and writing music work in relation to these themes?

GN:  Never gave it that much thought.  I just really like Up the Dosage because it was the newest song, and I thought it sounded like good title for the album. As for writing music, my artistic creation flows more rapid in darker times. If I’m going through shit I can seem to write like the wind blows in Nebraska. If I’m happy it doesn’t flow as easy.

HN: In an interview with the Daily Nebraskan, you stated that the creation of Up the Dosage started before the band, yet after the band came together focus then shifted to live shows instead. Why do you think that shift occurred and did having the extra time together as a group change anything on the initial recordings?

GN: We shifted to live shows so we could promote and sell the album and let’s face it, getting your PANTS ON is an absolute hoot!

HN: You were chosen to play at the Big Red Challenge in 2014 after the chairman of the event heard the band’s song “Ruby Red” which is dedicated to a friend in the armed forces. What was playing the song in that environment like and how do you think the song speaks to a universal audience?

GN: Ruby Red is one I’m proud of. I think it can speak to everyone and has a solid message of “enjoy life, spend time with the ones you love and be grateful”.

A handful of Nebraska artists are headed out on tour, and we’ve got the details and dates.

First up, Miwi La Lupa makes the transatlantic voyage for what is currently a 12-day trek through Europe. He starts in Switzerland on Sept. 29, heading through Germany, Belgium and ending in France on Oct 14. La Lupa will be accompanied by Roamer, the songwriting project of longtime friend Samuel Blatter, with whom he recorded an EP as TREEHOUSE three years ago (find it here).

The Omaha-via-Buffalo songwriter released a pair of albums last year, Ended Up Making Love in March on Team Love Records and Beginner’s Guide in September on Tigershrip Records. Read our interview with La Lupa from last year here.

The Hottman Sisters will head out on a two-week trip through the southwest toward California in October, starting in Taylor, Nebraska Oct. 7 for Bootleg Brewers’ Crawdad Festival. The Omaha indie pop band is fresh from their appearance at Maha Music Festival, where they turned in a strong performance for the early crowd on the strength of songs from their debut EP This Two.

Finally, Lincoln post-rock band The Ambulanters head west for a second time this year, starting Sept. 30 at Lincoln Calling Music Festival before playing nearly a show per day through the pacific northwest and upper midwest. They finish at The Bay on Oct. 28. See dates below: 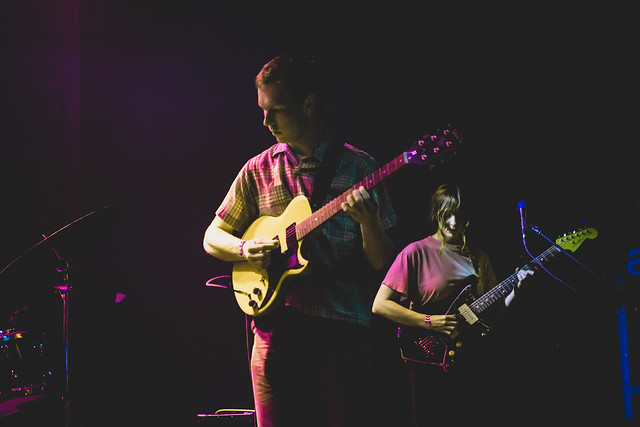 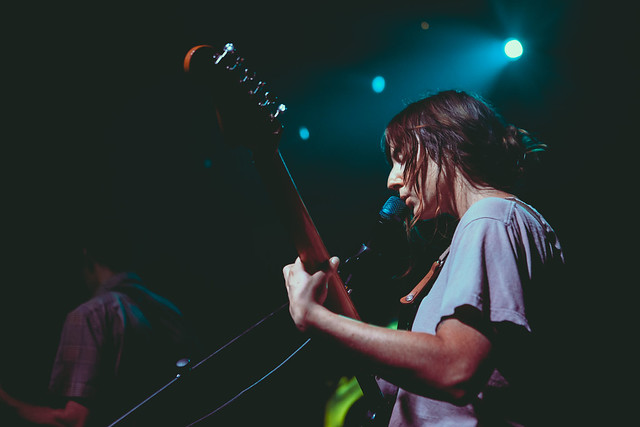 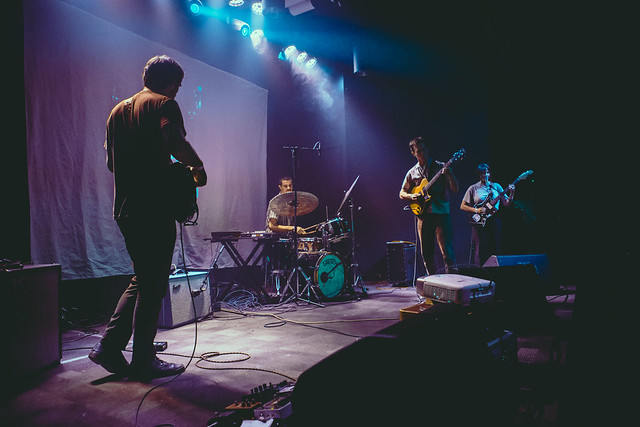 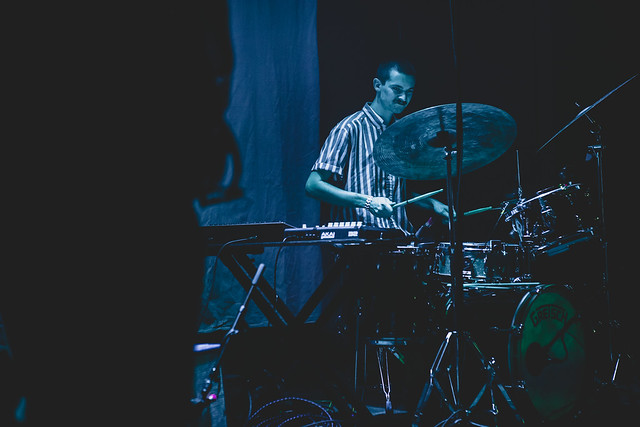 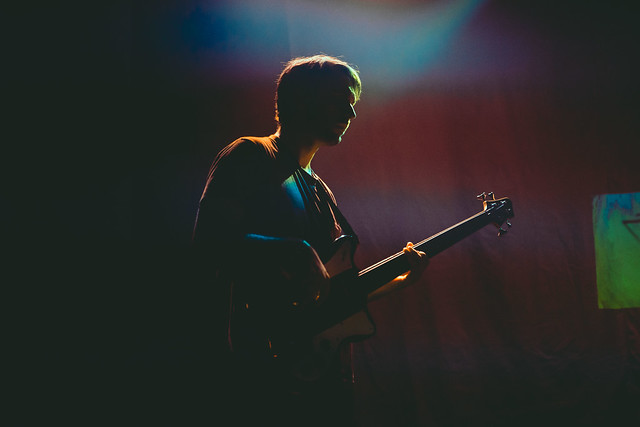 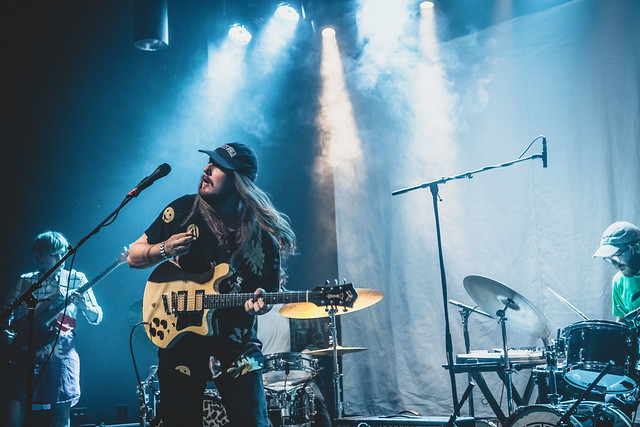 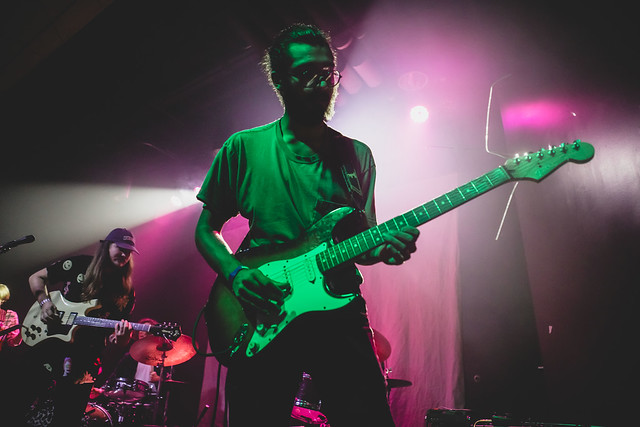 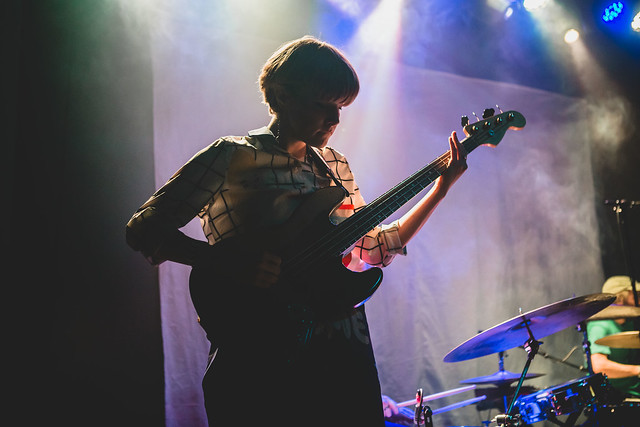 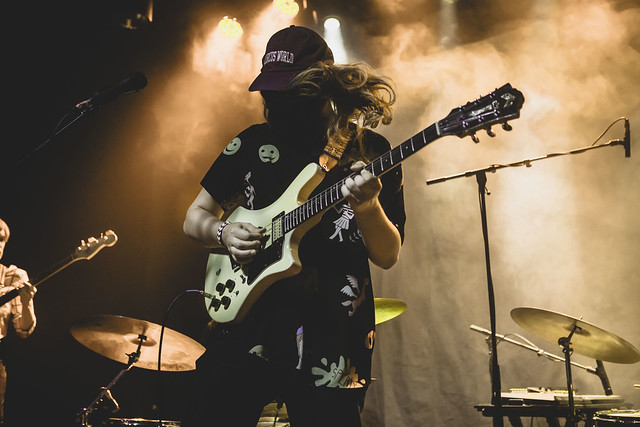 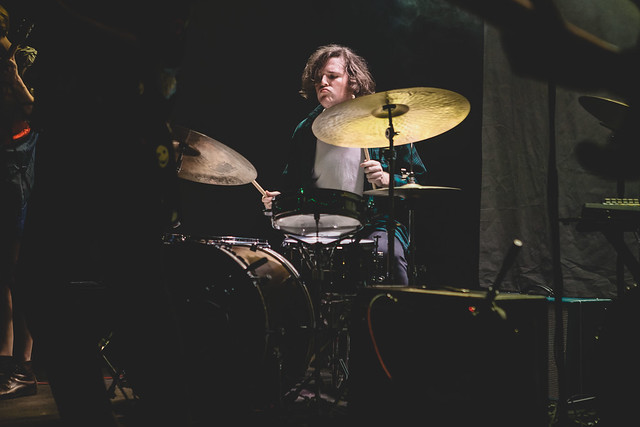 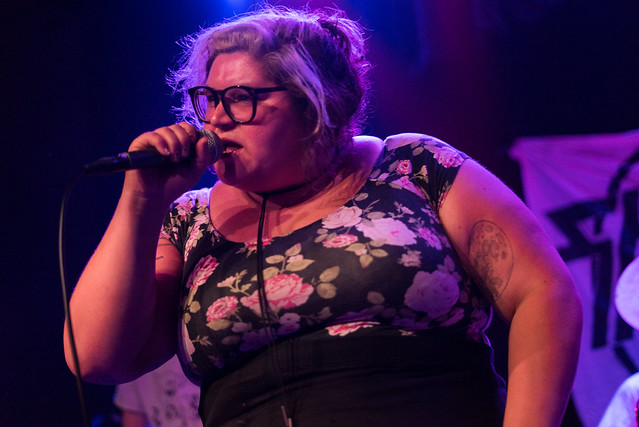 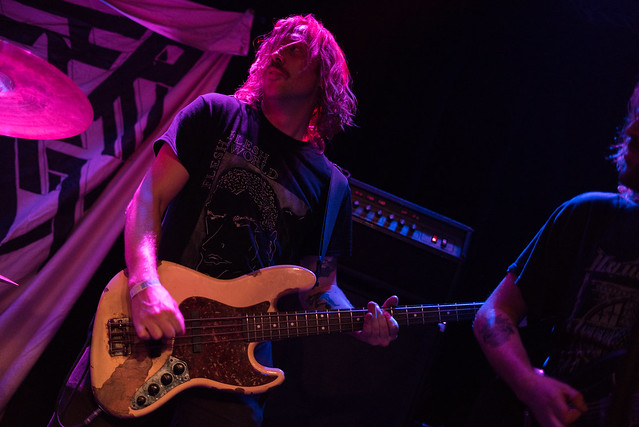 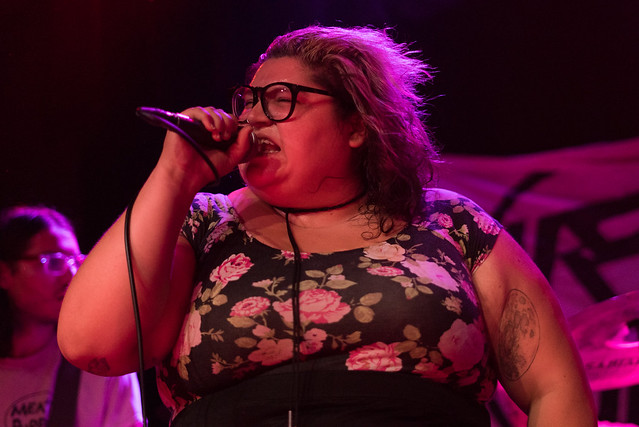 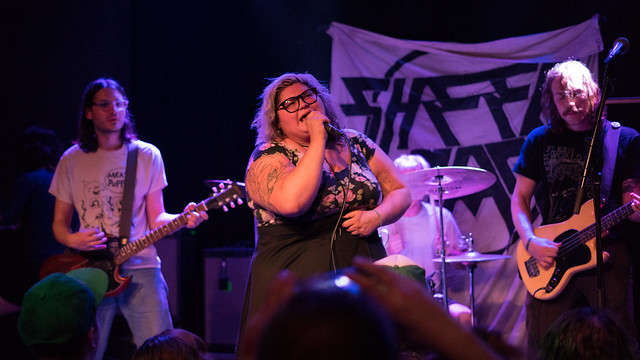 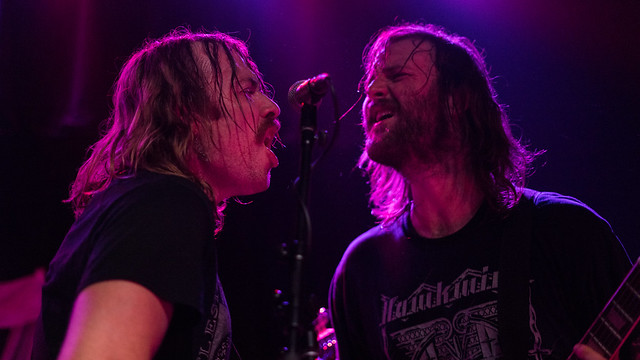 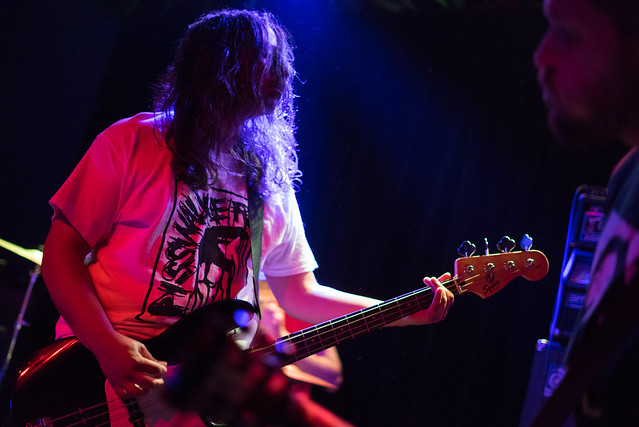 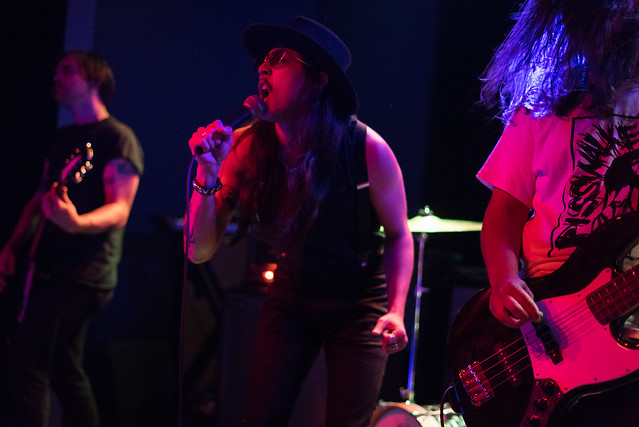 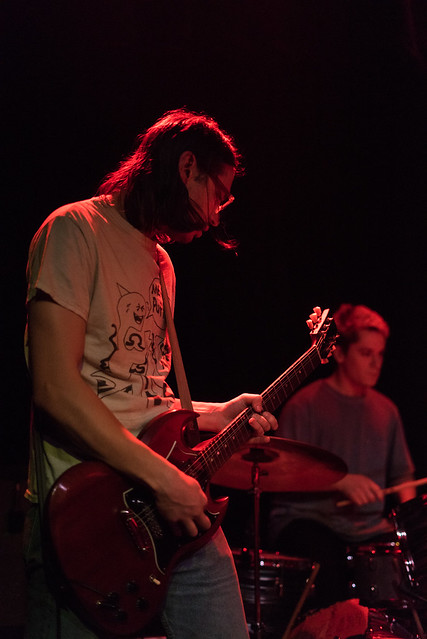 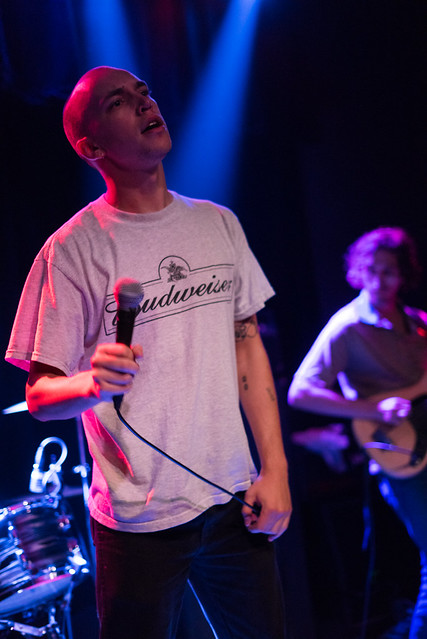 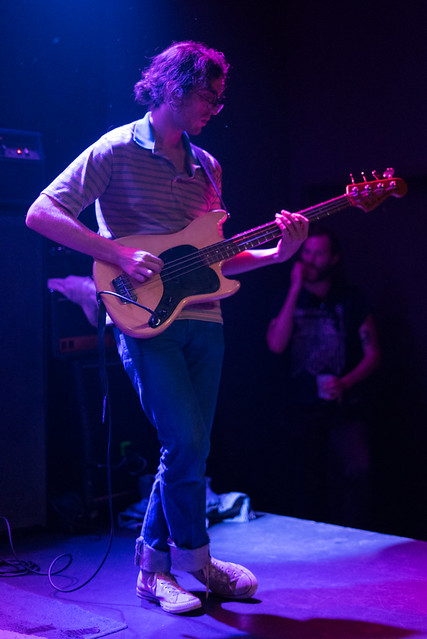 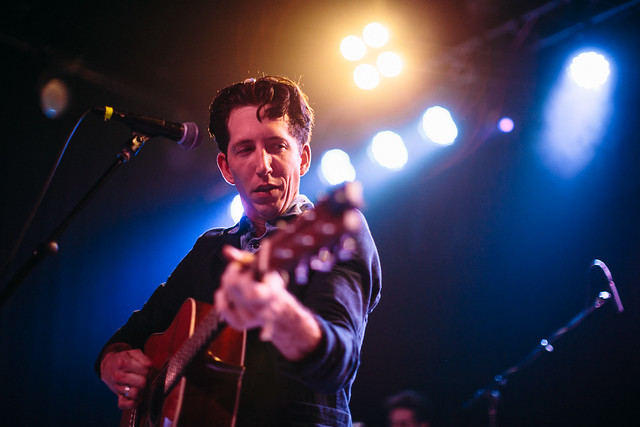 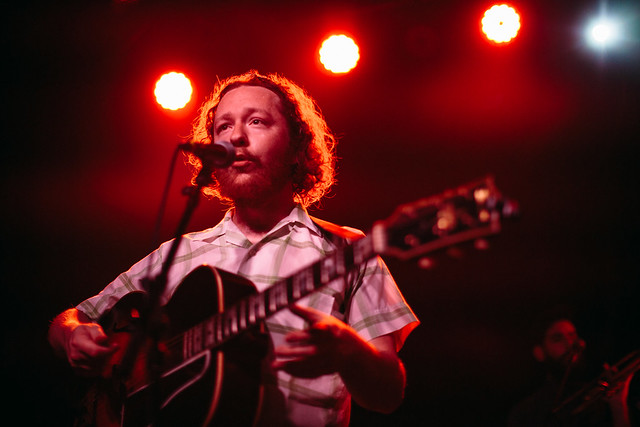 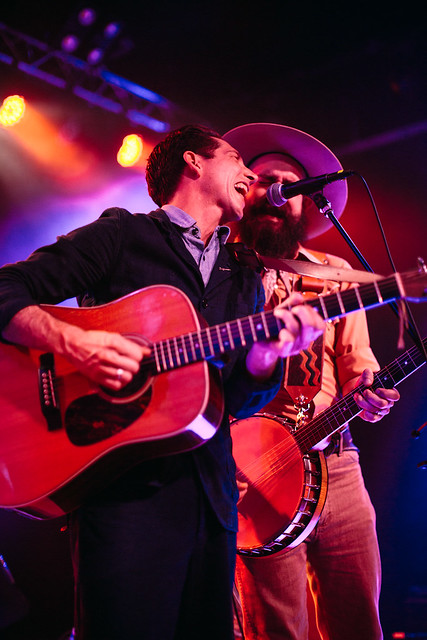 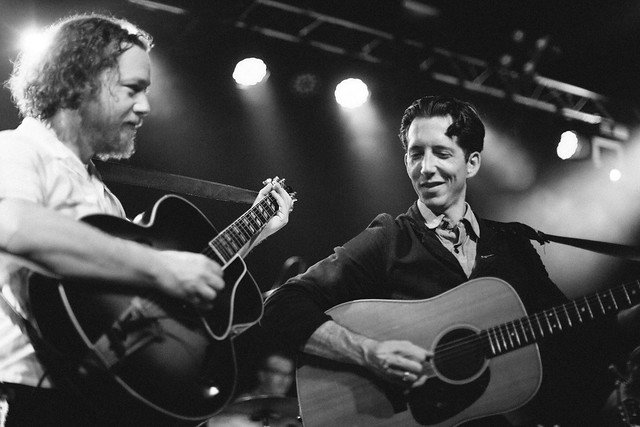 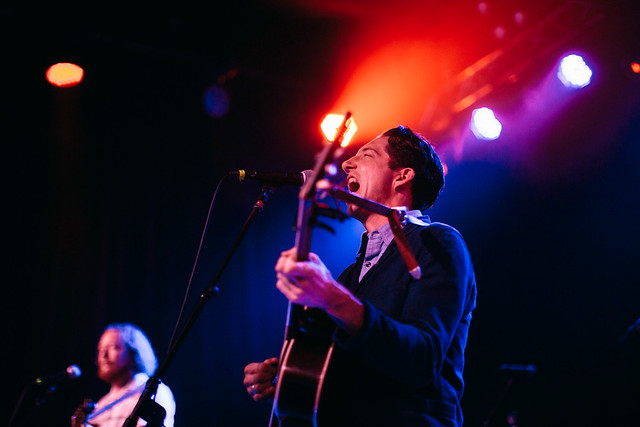 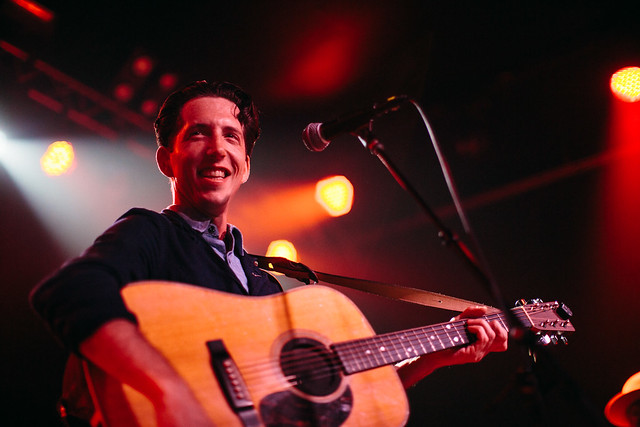 While our team looks ahead to next weekend, you don’t have to, with so much local and national going on around the state. Check out picks below and find more shows in our statewide calendar here. Send shows, story ideas, news tips, suggestions/comments to news@hearnebraska.org

Mesonjixx album release party at Zoo Bar — Tonight, soul artist Mary Lawson releases the long awaited debut EP from her project Mesonjixx at Zoo Bar. The album has been in the works since last summer — a couple tracks have been in the rotation since 2015 — and owes much of its creative direction to then-bandmates Kekeli Dawes, Josh Barger and Miles Jasnowski. Hear her play them live, along with Omaha hip-hop duo Both, starting at 9 p.m. RSVP here.

Evan Bartels & the Stoney Lonesomes album release show at The Bay — Lincoln Americana songwriter Evan Bartels and his band the Stoney Lonesomes release debut full-length album The Devil, God & Me at The Bay. This one has also been in the works since 2015, and anyone who has seen the band locally has likely heard much of it. The show comes in the midst of Bartels’ 110-day tour across the country. 8 p.m. show, $15 adv, $18 day-of. RSVP here.