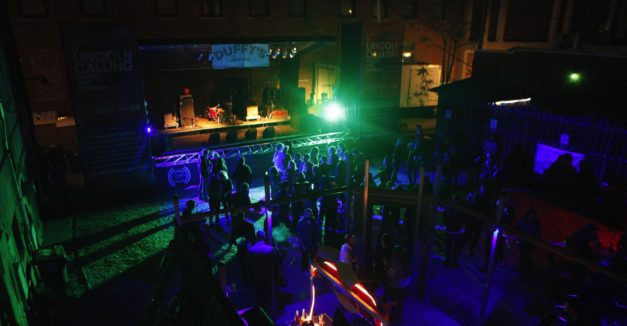 When I think of them now, all of the moments from this past weekend flit by like a shutter. Forgive a moment of sentiment, but being on the inside of this year’s Lincoln Calling was exhilarating, exhausting and rewarding, so much that the memories have already blended together.

On the Monday after the downtown festival, which brought more than 120 local and national music and comedy acts through town, it all feels quite like a dream. But with a day to rest and digest, we’ll venture to call it a success.

Editorially, we made the decision to forego written coverage this year, citing a conflict of interest. So, aside from our video recaps (Thursday here, Friday here and Saturday here) and photo essays (Thursday here, Friday here and Saturday on the front page this afternoon), we’ve kept it quiet, other than to express our sincere gratitude for all who made the weekend a blast.

Thanks to all the bands for playing and for all who attended as fans. Thanks to our presenting sponsor, Allo Communications, and the rest of our great sponsors. And thanks to the volunteers, venues and staff that made it possible.

In lieu of our words, we’ve rounded up various press clippings and reviews that describe an epic weekend. Find them below.

It’s Monday, which means Hear Nebraska FM is live on KZUM Lincoln at 8 p.m. for two hours of Nebraska music. Tonight, we’ll wrap up Lincoln Calling and talk about the week ahead as we spin through an eclectic playlist. Tune in via 89.3 FM in Lincoln or stream at kzum.org.

Tonight, dance duo Quintron and Miss Pussycat play Reverb Lounge, 6121 Military Ave. The pair hail from New Orleans’ Ninth Ward, where they often perform at their private club the Spellcaster Lodge. Quintron is an organist and inventor, creating many of the light and sound structures her uses during performances. Miss Pussycat is a musician, puppeteer and former owner of Pussycat Caverns. If none of this makes any sense, better check out the 9 p.m. show. Sucettes open. Entry is $10. RSVP here.