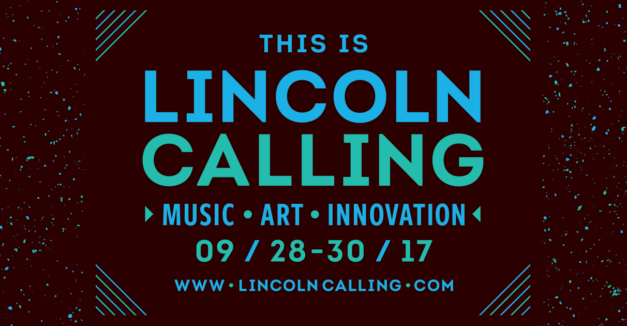 How fast are your fingers?

The 14th-annual Lincoln Calling music festival, presented by Allo, returns with its mission to create Lincoln’s most diverse, inclusive, sustainable cultural event. Produced by Hear Nebraska, with help from The Bay, it will feature upwards of 100 national and local bands across eight venues, over three days, Sept. 28-30 — plus, rad events all week. Next week brings your chance to pounce on Lincoln Calling passes for dirt cheap — but you have to be quick.

A limited number of early bird, three-day General Admission passes go on sale for $15 (trust us, a steal) Friday, April 21 at 10 a.m. via LincolnCalling.com. Once gone, GA passes rise to $39 until we drop the the first-round artist announcement Thursday, May 4. GA passes then move to their regular price of $59. Single-day and limited single-venue tickets will be go on sale later this summer.

Lincoln Calling will take over venues in downtown Lincoln, including The Bourbon Theatre, the Zoo Bar, Duffy’s Tavern (indoor and backlot), Bodega’s and The Bay. While music takes place primarily during that weekend, the festival will include events all week long. Additions to this year’s festival include a three-day Night Market, YP Week, Startup Week, Make Lincoln (maker’s fair), a three-day skateboarding contest, a women’s wellness event, workshops and more.

Sustainability continues to be a priority, with conscious decisions around the festival’s transportation options, energy sources, and waste streams. Last year, thanks to a partnership with Carson+ Co Global and Lincoln Mayor Beutler, 1.25 tons of recyclable materials were saved from the landfill via recycling containers at venues.

Join Hear Nebraska Friday, May 4 at Duffy’s Backlot for a special video release featuring this year’s headliners (more details coming soon). Stay connected with Lincoln Calling on Facebook, Twitter, and Instagram, and sign up for Lincoln Calling emails to be the first to know.

This is just the first big announcement for HN programming. Stay tuned in the coming weeks for more about the Good Living Tour, Hear Grand Island, the return of Hear Lincoln and more.

Watch our video recap of last year’s event below and get excited.

Lincoln Calling is presented by Allo and is produced by Hear Nebraska and The Bay. It is made possible by support from Lincoln Convention & Visitor’s Bureau, Downtown Lincoln Association, Nebraska Bank of Commerce, Omaha Steaks, Nebraska Lottery, Eagle Group, and many other fine community organizations.

Nebraska music followers may know Big Harp, the ever-evolving duo of Stefani Drootin-Senseney and Chris Senseney, from its trio of genre-hopping releases. From its twangy debut White Hat to the bluesy, soulful Chain Letters to the fuzzy power pop of Waveless, the band hasn’t sat still for very long.

The Nebraska natives returned as their new two-piece project Umm on a quick swing through the Midwest, playing Reverb Lounge Thursday night with Oquoa and BareBear. It was a friendly affair, with quite a few Omaha music notables as part of a full music room crowd.

BareBear led the evening off, playing its second ever show. The quartet played relatively straightforward pop rock, with a thick low-end boosting driving rhythms. Drummer Matt Focht was as expressive behind the kit as he is when fronting Head of Femur. They fought through a couple rough patches but finished strong, with aid from Patrick Newberry on the trumpet. 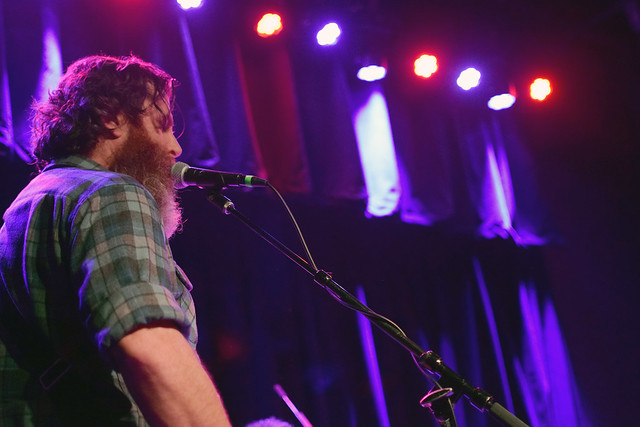 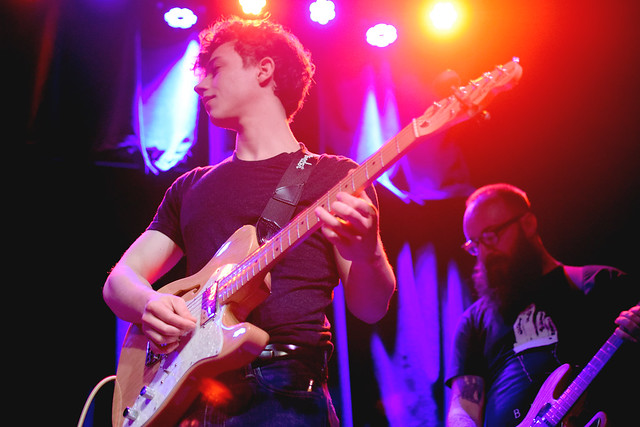 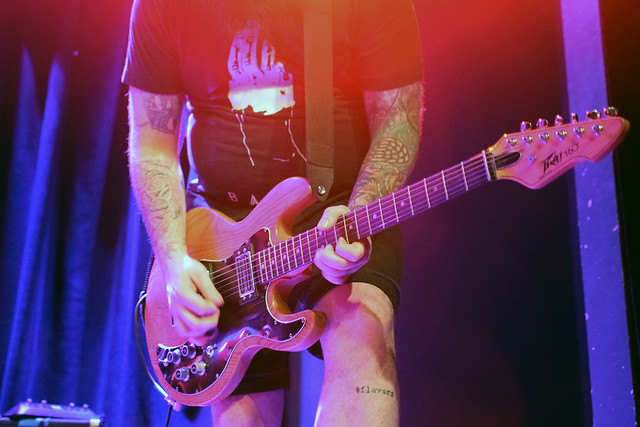 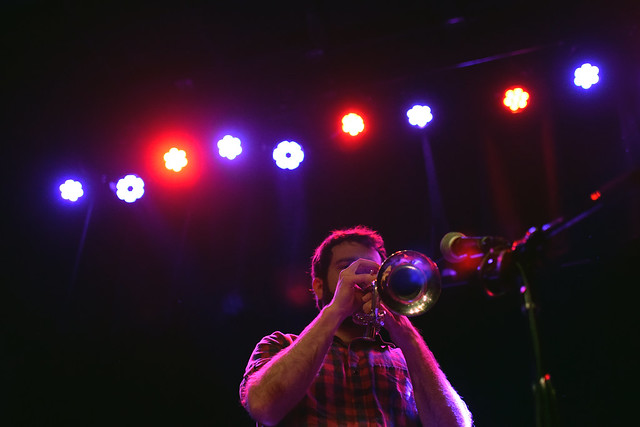 Oquoa followed and was as strong as ever. After its one-two punch opener, songs flowed from one to the next pretty seamlessly, lead by Newberry’s dynamic keyboard playing and drummer Roger Lewis’ tight guiding work. Frontman Max Holmquist’s low, hazy drawl had an especially snarling touch. While cinematic as ever, Oquoa was also at its most upbeat. 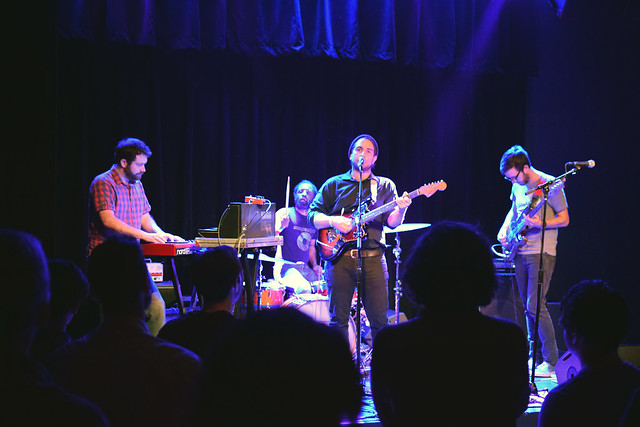 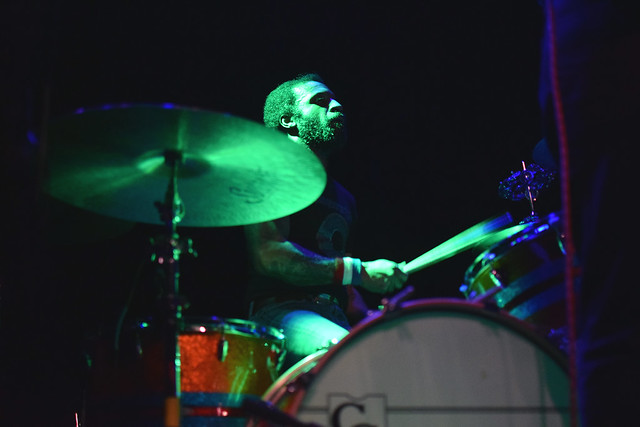 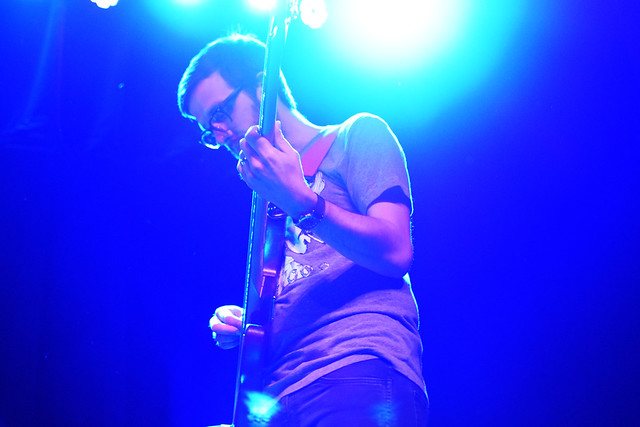 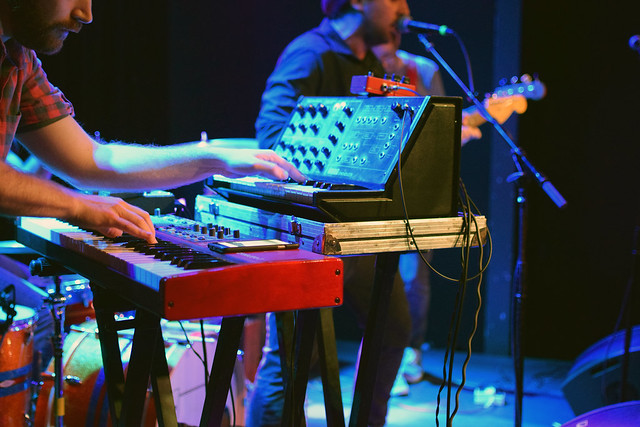 In many ways, Umm felt like the natural progression for Stef and Chris. All the fuzz and pep made it through from Waveless with an even sharper focus. Vocal parts burst forth and droned in two part harmony, which the two wielded for nearly 100-percent of the set. The consistent lyrical repetition, present in many of the songs, created an entrancing effect; not mysteriously so, as Drootin-Senseney’s jog-paced bass lines and Senseney’s exploding guitar solos kept things on the ground. That, plus a heartfelt cover of The Velvet Underground’s “I’ll Be Your Mirror.” 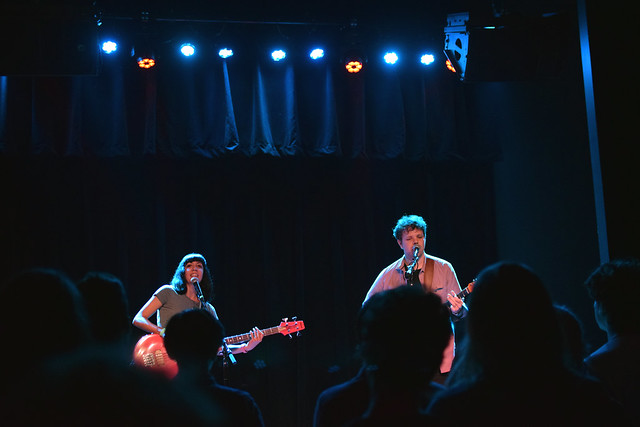 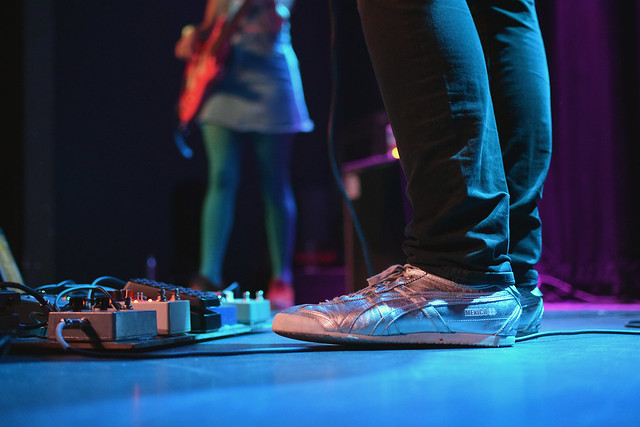 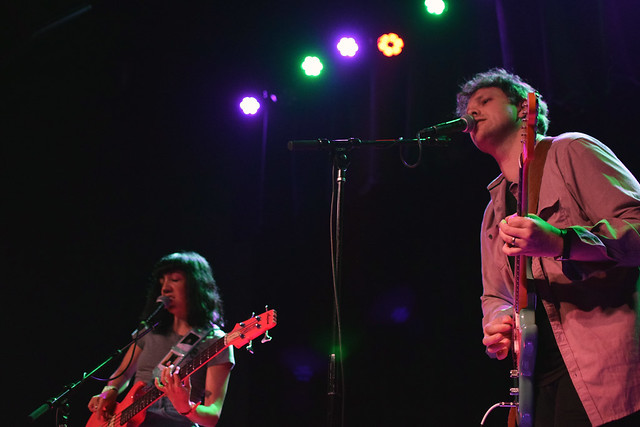 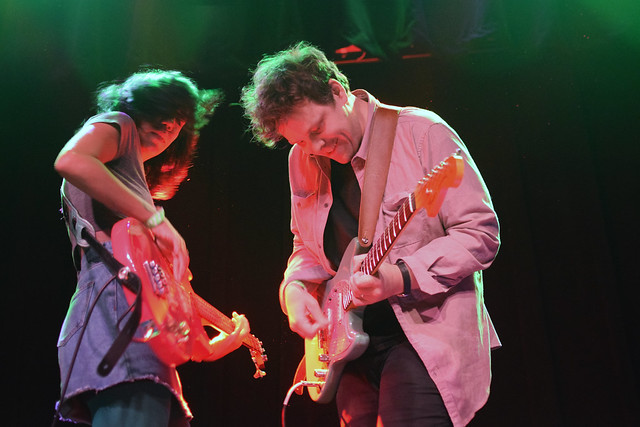 There’s plenty to do around the weekend. Find picks below and check out statewide calendar here for a fuller listing. Follow along via Twitter and Instagram @hearnebraska.

Satellite Junction Album Release show at The Down Under – The four-piece Omaha rock band releases its new album with help from Edison & the Elephant, and Time Giants. 9:30 p.m., free show, 21-plus. RSVP here.

Intangible at Kaneko – tbd. Dance Collective and Closeness have teamed up to create a multi-faceted production which explores “the idea of movement as an intangible collection, able to be viewed, but only truly stored in the mind.” Closeness will play original songs accompanied by an original choreographed performance from tbd. It starts at 8 p.m., and are $10; find them here (it is free for Kaneko members). Grab a sneak peek here.

Evolfo with A Ferocious Jungle Cat at Reverb Lounge – Brooklyn-based soul band Evolfo brings its trumpet player Kai Sorensen back to Nebraska. The band is on tour in support of its latest LP Last of the Acid Cowboys, which dropped April 7. Last time Evolfo was in town, we chatted with Sorensen about playing near his hometown; read it here. 9 p.m. show, $10 today, $12 tomorrow, RSVP here.