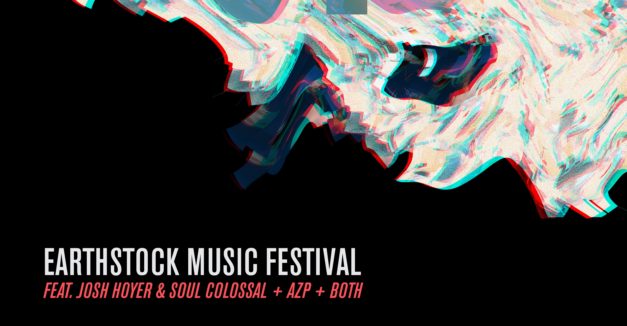 For the fourth consecutive April, students at the University of Nebraska-Lincoln celebrate and promote sustainability through its Earthstock event. One of the most visible parts of UNL’s event is right around the corner.

The fourth-annual Earthstock Music Festival happens Friday, April 14 at The Bay. It features a quartet of acts including AZP, Both, Josh Hoyer & Soul Colossal and CJ Clydesdale Band.

Earthstock was developed by the Environmental Sustainability Committee of the Association of Students at the University of Nebraska, UNL’s student government. All month long, the committee celebrates the Earth through sustainability initiatives, workshops and music.

Sophomore Alyssa Converse organized this year’s concert. She says the overall event focuses on small habit changes individuals can make — carpooling, recycling, reducing food waste — that can add up to a big impact. That and the music are why she was motivated to take charge of the project.

“I’m a firm believer of doing what I can,” Converse says. “[Small changes] seems like they don’t matter because the one thing isn’t going to make a difference. But that’s where it starts. You can make policies happen, but it starts with individual change.”

As repeat Earthstock performers, AZP agrees. Vocalist/keyboard player Zach Watkins expressed his excitement to be part of the event, citing a Native American proverb: we do not inherit earth from our ancestors, we borrow it from our children.

“How we treat the earth and all the living things/beings within in it should be a priority to all,” Watkins says. “UNL and Earthstock are doing an amazing job raising awareness and making it fun and obtainable at the same time.”

Entry to Friday’s concert are $5, with all proceeds benefitting Lincoln nonprofit Produce From The Heart. RSVP here.

It’s not exactly like clockwork, but one can reasonably expect a new Sleep Sinatra output every few weeks.

The Lincoln rapper is back again with another EP, Thrift Store, which dropped last week via Bandcamp. The latest in a trickle of new tracks, it’s his first full EP since his December EP with producer Phantom Janitor.

On Thrift Store, Sleep is his chill yet undeniably conscious self, aided by dreamy, understated production by five different producers (one for each track). Fellow Lincoln rappers Indigenous AK and Chris.Topher make guest appearances on “Our Own World.”

Listen to the EP below:

Tonight, Vega hosts Leaves Brown, LAME and John Friedel as part of its local buzz series. A current and founding member of Green Trees and formerly of Universe Contest, Friedel released his debut solo album A Rose in Glass in January. Our On The Record podcast compared and contrasted it to another sprawling electronic album from Bus Gas in an episode earlier this year; listen here. 9 p.m. show, no cover, 18-plus, RSVP here.