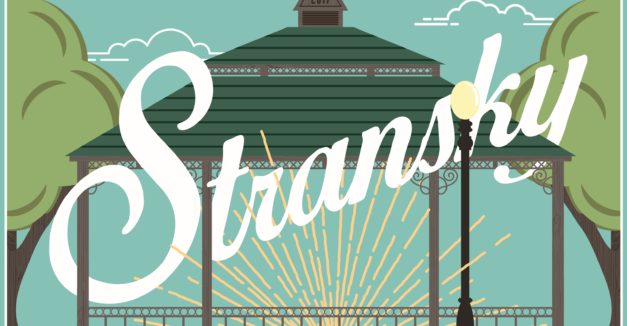 KZUM has joined the summer concert fray with the return of its Stransky Park series.

This is the fourth year KZUM has operated the family-friendly series and its 14th overall. The station views the series as “an opportunity to provide an accessible venue” for those looking to avoid the late-night scene.

View the full line-up in the poster below. Concerts are free to attend and begin at 7 p.m. Find more info here.

It looks to be a big concert weekend. Plan around it with our statewide calendar here and read on for a few picks below:

Delicate Steve with David Nance at Reverb Lounge – Songwriter/multi-instrumentalist Steve Marion comes to Omaha on the heels of his 2017 record This Is Steve. Marion has combined elements of prog and surf rock, pop and folk under the Delicate Steve moniker since 2010. 8 p.m., $12, all-ages, RSVP here.

Folk & Roots Festival launch party at 1867 Bar – the Nebraska folk festival kicks off its fourth year by announcing its lineup at 1867 Bar with help from The Hottman Sisters, Des Moines pop songwriter Christopher the Conquered, The Matt Cox Band and The Rex Granite Band featuring Sarah Benck. The festival returns to Branched Oak Farms again on June 16 & 17. Tickets to the launch party are $5; $25 gets you in, plus weekend festival passes in advance; $60 includes VIP package. 9 p.m. show, RSVP here.

Dolores Diaz & the Standby Club, High Up, Icky Blossoms at Slowdown – This one is a benefit concert for both Justice For Our Neighbors-Nebraska and The Nebraska Cultural Endowment. The former is an organization which works with the state’s immigrant and resettled community, advocating for child and juvenile welfare and supporting victims of domestic violence, human trafficking and homelessness. The latter funds artistic endeavors statewide.

Jessica Mogis and Melissa Williams organized the event to support two nonprofits they felt helped those in particularly great need and, in light of the policies of the current presidential administration, may both lose traction and funding. Mogis says they wanted an event with a positive atmosphere.

“In these times, it is best to do what you can with what you have,” Mogis says. “We wanted to do something uplifting and jubilant, an event that was a celebration of our community and two organizations that make it better.”

In addition to music, Emiliano Lerda of Justice For Our Neighbors and Marian Fey of The Nebraska Cultural Endowment will both speak on behalf of their respective organizations. Staffs from both will be on hand to answer questions and provide additional information. And there will be a silent auction with prizes donated by: Joslyn Art Museum, Kaneko, El Museo Latino, The Union for Contemporary Arts, Film Streams, Maha Music Festival, Slowdown, Saddle Creek Records, Hook & Lime, Culprit Cafe and True Blue Goods & Gifts.

The main room concert starts at 7 p.m. Dante’s will sell pizza outside starting at 5:30 p.m., with all proceeds benefitting the JFON and NCE. 100-percent of the $15 door will be donated as well. RSVP here.