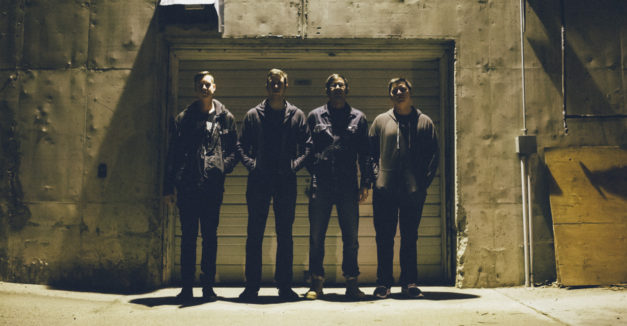 For a band, the passage of time is most easily measured by the arc from one album release to the next. They are important works, to be sure, valuable entries into their specific diaries and causes for celebration. But what we as listeners tend to remember are those celebrations, the show itself that brings those works to life, especially when that album appears as a blip on a timeline.

For half a decade, Unmanned has lived in that space, a reliable, if somewhat low-key, fixture in the Lincoln music world. The four-piece — comprising Kelly Houchin, Dave Arredondo, Jason Morris and Jordan Elfers — spent most of that time known as Powers, changing its name in April last year upon releasing its debut full-length album. Merely a coincidence, since what Night Friends signaled was not a new band; it committed to tape the technical proficiency and sweaty, anxious energy that showgoers have seen for years.

One trip around the sun and Unmanned hasn’t merely doubled-down on its long-honed sound with Favorites, the sophomore LP it releases this Friday. Sure, the most muscular of its tracks (“15 of 30” and “O-Jay”) vibrate on the same sonic plane as Night Friends, with acrobatic riffs and an equally precise rhythm section. But the remaining spaces open wider, its beefy first act giving way to an atmospheric and contemplative center.

Favorites isn’t more emotional — check the waning moments of the last record — but here, the four piece expresses that emotion in more powerful, nuanced ways. Its harmonies penetrate more deeply. Its quiet moments are striking because the band executes them with the same dexterity as its kung-fu riffage. The growth on this record, stamped on this particular moment in time, shows what can happen to a band when it stays together and motivated. From club to studio, it really translates.

And now, live in-studio, I give you Unmanned with “Russ.”