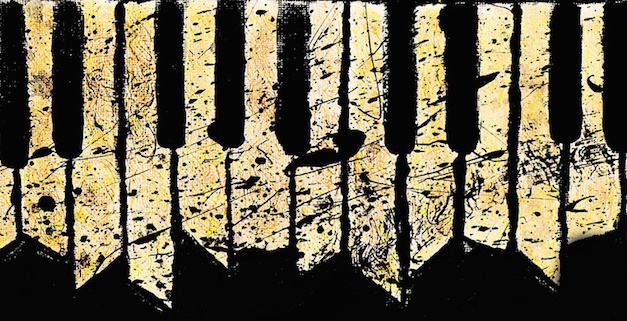 With interviews in The AV Club and Alt Press and a wealth of reviews, Cursive has added Reddit to the media output surrounding Saddle Creek Records’ reissue of The Ugly Organ.

The remastered album is out today.

Continuing the press blitz in-tandem with the release, Cursive frontman Tim Kasher will be on Reddit today from 1-2 p.m. EST.

He’ll be taking questions from Reddit users in an AMA (Ask Me Anything) thread on the aggregator website. Find the thread and submit your questions here.

The format allows users to interact with celebrities, politicians, people with interesting or unique jobs and more on an even, dialogue-based field. AMA sessions with Barack Obama, Bill Gates, Peter Dinklage, a guy with two penises, Buzz Aldrin and a man who survived a gruesome bear attack are among the most popular.

Prepare for Kasher’s AMA by reading our feature on post-modern brilliance of The Ugly Organ here, and get your copy here.

Rosenstock wants to be on the cruise’s lineup so badly he and the music blog Noisey teamed up to write and publish an open letter to the band from Rosenstock. In it, he makes his case. As cover letters go, it’s maybe not too bad. It’s unique and attention-getting — it’s a handwritten open letter. It presents his resumé, having toured the world as a musician. He at least tries to make a compelling case for his love for 311.

Tongue-in-cheek, it’s hard to tell if Rosenstock is earnest when he makes his case on the similar vibe he and 311 cultivate, but it’s hard to imagine he’d turn it down if offered.

Omaha singer-songwriter Mitch Gettman doesn’t really break from releasing music. A multi-instrumentalist who plays many of the parts on each of his releases, Gettman’s process seems to be tuned to precise machinations at this point, creating a steady flow of output.

Last week, he released two cover songs to his Facebook page, “I Don’t Believe in the Sun” by Magnetic Fields and “Last Days of Disco” by Yo La Tengo. Both tracks are predated by a Nov. 12 cover of “The Ocean Breathes Salty” by Modest Mouse.

In October, he released his second proper release of 2014 with the five-track Nothing Stays the Same.

Desert Noises plays an early show at Duffy’s Tavern tonight. As we reported previously, the arid-rock band, perennial Lincoln favorites, wanted to play Duffy’s before their busy year is over.

So in a somewhat last minute show, Desert Noises will play at 8 p.m. tonight before Duffy’s comedy night, the usual Monday night programming.

Chicago-based Twin Peaks plays Midtown Art Supply tomorrow with Telepathy Problems and Eric in Outerspace. If you’re booking a buzzy garage rock band for a show, what a welcome local complement those two bands are to Twin Peaks.

Twin Peaks released its second full-length Wild Onion in August and have been gaining national press attention for the breadth and use of influences on the album, from Beach Boys to Pavement.

RSVP to the $8 show here, and look for a feature interview with the band later today.

It’s Monday, so we’re rolling with a HN Radio playlist streaming at the top of every page on our website.

This week, we lead things off with “Stop” by Routine Escorts from the duo’s The Good Lies EP, which releases this week. We premiered “Stop” last week here.

We’re also featuring tracks from Life is Cool and Caravat. The latter is a project by Dave Ozinga and Teal Gardner of UUVVWWZ. As far as submitted songs, shout-out to the Lincoln pop-rock band Sheridan. Sheridan’s debut album is set to release Dec. 2, but the band tells us it will stream in its entirety on its SoundCloud next week.

Tonight on Hear Nebraska FM, we’ve got Scott Severin in the studio for an on-air performance. Tune in to 89.3 FM in Lincoln and kzum.org worldwide from 8-10 p.m. Severin will play 4-5 songs, and then we’ll have a live interview.

photo of Scott Severin by Will Stott