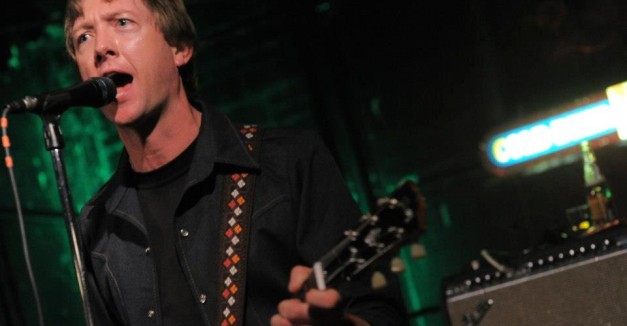 The second album from the Lincoln’s Stonebelly, Perspectives and Perceptions, released in April, is a hitchhiker’s tour through decades of America’s popular rock genres. The trio cruises through their native roots rock to celebrate the likes of reggae, psychedelia and folk, all with an ear for proven pop melodies.

And so, next to the likes of Churls and Root Marm Chicken Farm Jug Band, Stonebelly might be dealing out a sound more familiar to the casual music fan this Friday noon at 13 and O.

Stonebelly has been playing together since 2010, allowing Mike Hollon, Kevin Korus and more recent member, Dave Mejia, time to hone their performance to something sharp in enthusiasm and smooth in delivery.

Below, their vocalist and guitarist, Hollon, talks about his band’s experience in the music scene and his personal history with rock ‘n’ roll in advance of Friday’s show.

Hear Nebraska: What was your first public show in Lincoln, and how did it go?

Mike Hollon: We played our first show at Duggan’s Pub in the late summer of 2010. It went really well. I was pretty nervous, getting up and singing on stage for the first time.

Hollon: I’m just a lot more comfortable now on stage and performing. I find it easier to let my personality come through and I’ve learned to relax and enjoy it. I don’t take myself so seriously and just realize that I’ve got a job to do. I feel very blessed and humbled to play music for people and get an energetic or emotional response from the crowd.

Hollon: I’ve got a few of them. I remember playing my mom and dad’s records – The Beatles, old country, rock — classic stuff. I also remember riding in my dad’s pickup truck and “American Pie” was playing, and he described to me what that song was about. I also remember seeing Jimi Hendrix play guitar on TV for a ‘Woodstock Minute’ and that’s when things changed for me and that really opened up all kinds of doors for me, musically speaking. Because I started to get into Hendrix’s stuff, it got me into the blues, jazz and eventually even more.

HN: In that Hear Lincoln is a downtown, day-time event, we want to ask … do you think there is a disconnect between Lincoln’s creative community and business community?

Hollon: I don’t know. I wouldn’t want to generalize or assume anything. I’m sure there are business professionals that are just as much into music as anyone. If they’re not, I think that things like this gig we’re playing on Friday might help turn them onto live music. We really appreciate the opportunity to be a part of Hear Lincoln. It’s great – people may see posters hanging around downtown and see the band names, but maybe just don’t go out to shows. Maybe things like this will get them more involved. We play so late at night all the time that I’m looking forward to playing a lunchtime spot to people that may otherwise never see us.

Going and seeing a show can be so good for the mind and soul. It’s a release and it’s an awesome value. Generally, you can go see a local show with two or three bands for five bucks – best value around. If the crowd gives something to the show the musicians can respond and give them something back. A movie won’t change as you watch it, but live music is in the present and the now and the crowd plays a huge part in making it a great night for everybody.

Hollon: Well, if you don’t go to shows that much, go out and give it a try. Have some fun and support a great music scene that Lincoln has.

Hollon: Actually, I would like to use this answer to just throw a blanket statement out there that maybe we can all help each other more (in the music scene); we can all offer each other a little constructive criticism. When you first start playing gigs you’re not sure how certain things should work or what you should ask for. You don’t know where you want your monitor levels, stage volume, type of microphones, etc. You just get up there and learn through trial and error. Sound guys can help musicians, musicians can help sound and light, club owners can tell you what they like or didn’t like and with everyone improves and makes it a great show, which is really what it’s all about. Bands that have learned certain things can help newer bands. The best musicians and bands out there are the ones that leave competition out of it and just lend a hand. I just want to keep learning and improving, and I don’t take things personal if it’s coming from a genuine place.

Hollon: I’ve got a couple songs that I really like – “Goodbye Joan’” by Son of ’76 and The Watchmen (Josh Hoyer’s old band) and “Sprinkle my Ashes” by Kris Lager Band. I really like to hear those songs live and would always request them at their shows. I also want to tip my hat to some smaller touring bands that are really working it and making Lincoln, NE a spot that the find important to stop. My new favorite band is Bailiff from Chicago. They’ve been here a couple times this year and I think it’s great they are making us a tour stop.