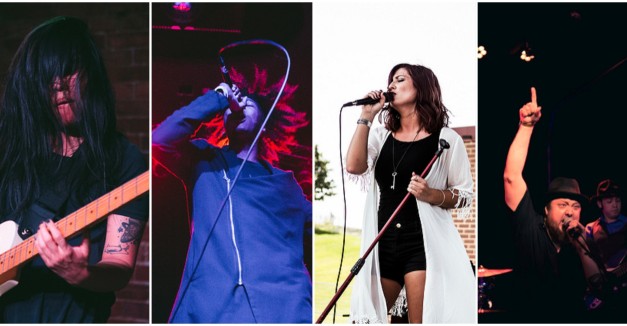 No festival combines spectacle, sound and proving ground quite like SXSW. This year, Nebraska makes its strongest showing yet.

The 29th-annual Austin, Texas, mega-festival is already in full-swing, bringing together thousands of musical acts big and small — far too many to name. A record number of Nebraska acts find themselves in the same atmosphere this year, displaying the diversity of sound and talent the state has to offer.

And this group is not alone. Omaha’s See Through Dresses and Naturally the foundation will bear your expenses both play night one of Funeral Sounds & Broken World Media Unofficial SXSW Showcase. Hard rock band Screaming For Silence plays tonight (Monday) and Wednesday, and singer/songwriter Tara Vaughan can be found performing on a rooftop later in the week.

As a Nebraska Exposed co-sponsor, Hear Nebraska is proud to see its vision to make the state a nationally-recognized cultural destination in action. The Wednesday showcase is an important step toward achieving that goal — and it will make for a great home for the annual “Nebraskans at SXSW” meetup HN organizes.

All told, 12 Nebraska acts will perform throughout the weekend. Read on to learn more about the Nebraska bands to watch at SXSW: 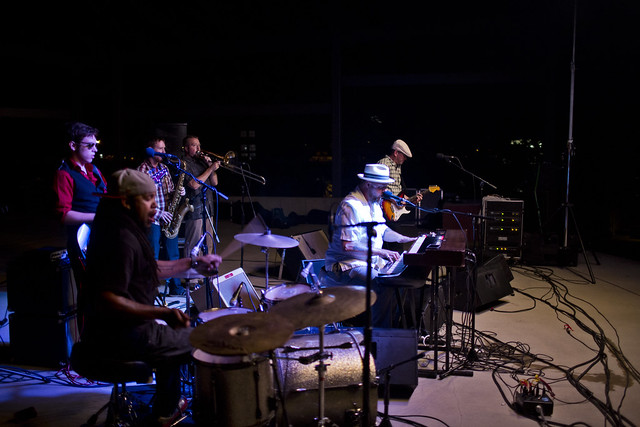 One of the most well-recognized names in Nebraska brings its road-bound soul machine to SXSW on the cusp of its third full-length album release in as many years. Formed in 2012, Josh Hoyer & Soul Colossal has honed a potent mixture of blues, R&B and soul. Its frontman can deliver fire and brimstone blues or achingly powerful ballads. Running From Love, which drops April 8, was recorded with Ken Coomer (Wilco, Uncle Tupelo) at Nashville’s Sound Emporium. After hitting the road last year for more than 150 shows (and releasing live direct-to-disc album Cooked Raw), Soul Colossal has already stretched across the South, Midwest and Rocky Mountain territory. 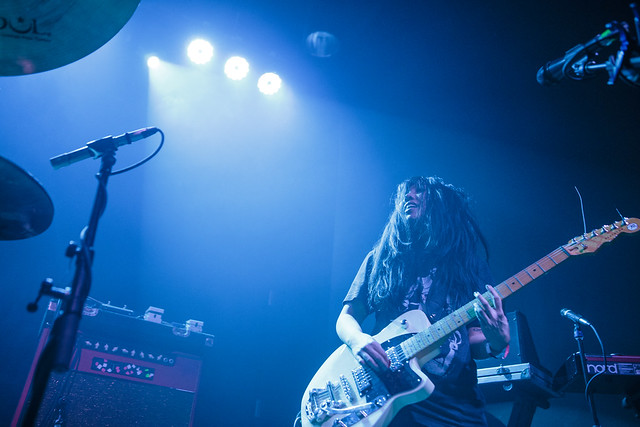 One of Omaha’s most popular indie acts heads to SXSW on the heels of a huge 2015 (a common Nebraska music refrain) which included international touring (and dates with Cursive, It Looks Sad, Beach Slang and Cymbals Eat Guitars) signing with North Carolina indie/punk label Tiny Engines and a subsequent new EP, End Of Days. The four-piece has deep roots in the scene, back to predecessor Honey & Darling (of which guitarist/vocalists Mathew Carroll & Sara Bertuldo were apart) and garage rock band Millions Of Boys. See Through Dresses entered the studio earlier this year for its label debut LP, working at ARC Studios with Ben Brodin. Its Austin stop is part of a short stint through the Midwest, which looks to be part of another big year. 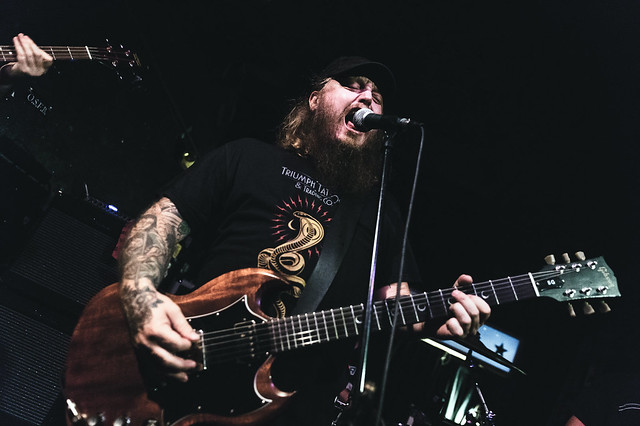 If “wall of sound” conotes the polished, Phil Spector-esque production level, we’ll go with “monolith.” Commonly referred to locally as the loudest band in Lincoln, Laughing Falcon has been rattling eardrums in Nebraska over the last two decades. That includes time with former projects Wasteoid, Creagrutus, Blandine Cosima, Ecorche and The Ghost Runners. The thunderous four-piece released its debut LP Sonic Possession in October and plans to spend at least two months on the road in 2016.

Native-Nebraskan folk troubadour Jon Dell has assumed the down-and-out identity of Bonehart Flannigan in many a bar since 2013. Ever the deft storyteller, Dell’s debut album Backpacks & Mason Jars is filled with crashes and burns, drug-fueled touring vans, morning-after feuds and forlorn lovers. Having traipsed the nation before settling in his New York home, he’s no stranger to the road or road troubles, anecdotes which also make way into his dusty folk songs. Dell stops at Lincoln’s Zoo Bar tonight before making his way south for two dates in Austin. 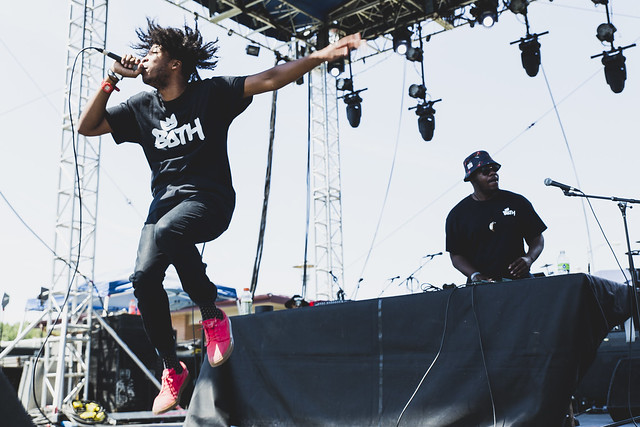 The hip-hop duo of Scky Rei and INFNTLP have been something of a phenomenon over the last year. Scky’s growling delivery overflows with social and personal commentary, set to Nate Asad’s skillful use of tempo and classic sampling. That the group has recently opened for Conor Oberst’s punk band Desaparecidos and a handful of diverse local indie, soul and garage rock outfits speaks to the group’s dynamic sound and stage charisma. Both’s debut EP BOTHSUCKS dropped like a bomb in August, leading to its 2016 Omaha Entertainment and Arts award for Best Hip-Hop Act and Artist of the Year, and the opening slot at 2015 Maha Music Festival. 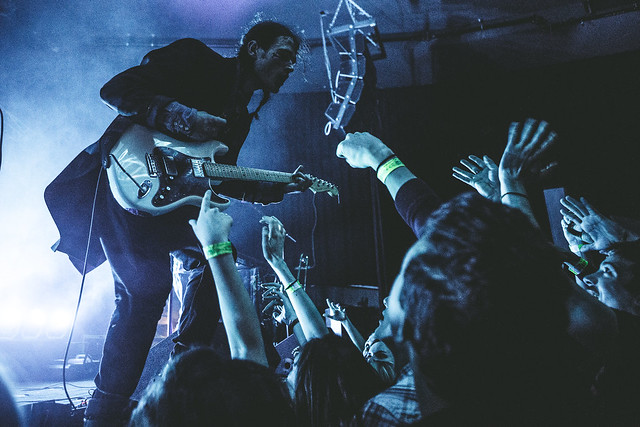 Oketo is among a growing contingent of young talent sprouting from Nebraska. The Lincoln five-piece followed up its 2014 debut self-titled EP with the long-awaited I Am Here, You Are Now, which finds the band exploring the folds of its deep indie rock sound. Vocalist Steven DeLair is as eccentric as they come, both in terms of his cryptic lyrics and dynamic vocal delivery, ranging from soft coo to raging scream. DeLair spoke with us about the introspective new album in this recent interview. This is the band’s first appearance at SXSW, concluding a Spring 2016 tour that included appearances at SoFar Sounds Milwaukee and an Audiotree Live session. 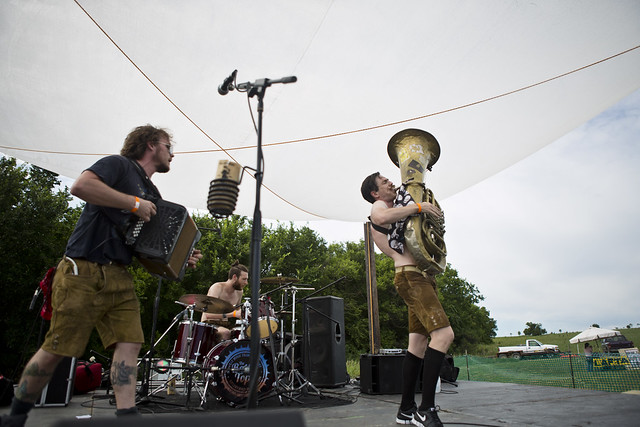 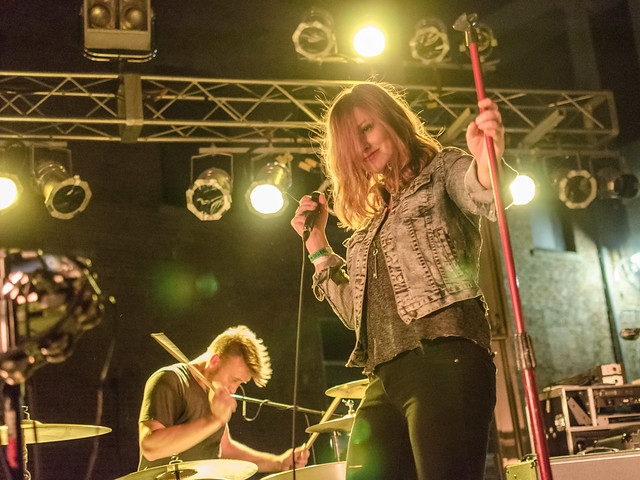 If 2015 was a huge year in Nebraska music (and we certainly think it was), then Freakabout was certainly a large part of the party. It came smoking out of the gates with debut LP Don’t We All, a freight-train of riffs and vocalist Cortney Kirby’s booming vocals. Kirby frequently draws comparisons to Gwen Stefani, though she’s really better suited to front a band this hard rocking. Freakabout followed up the release with 68 out-of-state concerts, playing with the likes of Ohio’s Cadaver Dogs and New Jersey pop punk band American Pinup (the latter has become a regular road partner). All of this amidst lineup changes that have found the band with a new bassist (Ben Frerichs) and drummer (Ian Francis of Yesh/Low Horse/Machete Archive). It remains poised to continue its break out. 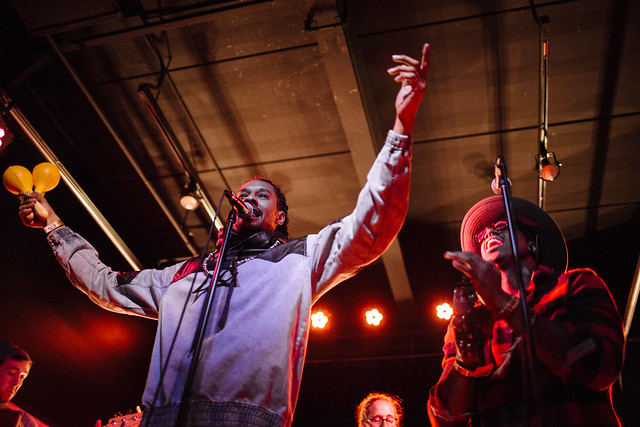 AZP returns to SXSW this year as veterans of a sort. Five years of festival settings — first local downtown events Lincoln Calling and Lincoln Exposed, then SXSW each of the last two years — have molded them into a tight, highly-entertaining live act. Fresh off its latest release, Triangles, the hip-hop/rock act has added a bit of Latin and western influence into the mix, making the EP its most musically adventurous to date. Catch them later this afternoon before the Nebraska Exposed showcase.

Screaming For Silence is another hard-touring, amp-shattering Nebraska band, seeming only to stop through its hometown to recharge before heading back on the road. It’s persistence and growing fanbase led to its recognition as the 2015 Ernie Ball Battle of the Bands winner, which earned it a spot at Columbus, Ohio’s Rock on the Range Festival. The fivesome released its debut self-titled LP in January. The album’s first single, “A King Is Crowned,” initially checked-in at #38 on the Billboard Mainstream Rock Indicator Chart. It heads back out on the road this April with Baltimore’s Guns Out At Sundown and Atlanta’s Poynte. 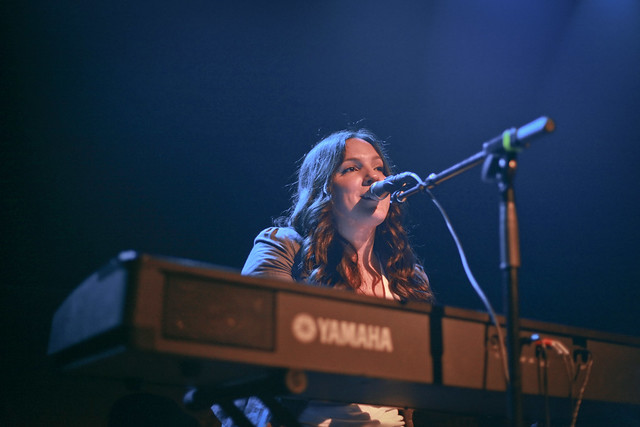 Pop singer/songwriter Tara Vaughan makes her first appearance at SXSW this Thursday, saying she’s “kind of getting my feet wet” this year with the anticipation of returning. On her current trajectory, it should be so. Vaughan releases Dandelion Wine next month, the full-length album she recorded with Nashville producer Joe Pisapia (Guster, Ben Folds Five, k.d. lang). “Blame It On My Youth,” the album’s second single, is textbook Vaughan, with honey-thick vocals recounting bygone misadventures as we bob along.

Naturally the foundation will bear your expenses

Rare is the occasion that emo band Naturally the foundation will bear your expenses unites to play a show. The brainchild of Omaha native singer/songwriter Ben Curttright, currently in Philadelphia, its members are scattered about the country, occasionally reforming around the holidays or other special occasions. Count SXSW among them. It recorded in July with See Through Dresses drummer Nate Van Fleet, releasing EP Live in Nate’s attic, save yourself last week. The band plays in Omaha this Saturday before dispersing again.