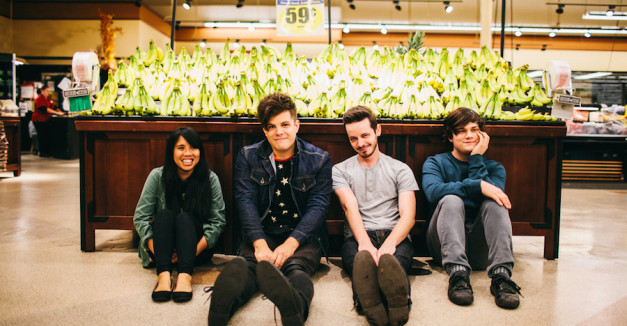 Speaking via telephone on the eve of his band’s signing, See Through Dresses vocalist/guitarist Matthew Carroll seems at peace. He gives glowing praise to his new label, with a matter-of-factness that lets on how simple a decision it was.

Official today, the North Carolina-based Tiny Engines has signed Omaha’s See Through Dresses and will release its six-song EP, End Of Days, this fall.

In its stable, Tiny Engines primarily boasts fast-paced, exuberant pop and rock bands, such as Philadelphia’s Beach Slang and Cayetana, Boston’s Sweet John Bloom and New York’s Adult Mom. (Check out their full roster here.) Many of these young, hard-touring acts hail from the East Coast and upper Midwest.

While its energy and searing, distorted guitars link See Through Dresses to many of its new labelmates, its shoegazey, new wave aspects set it apart.

“I think they’ll mesh well with everyone,” says Tiny Engines co-owner Will Miller, who also co-founded the label in 2008. “The band is perhaps a bit different sound-wise, but that’s exciting and was part of the appeal for us.

Carroll says he appreciates the label’s sonic diversity, noting while many of the bands share common traits, their subtleties add flavor to the mix.

“One of the things that we think Tiny Engines is good at is diversifying the music that’s on their label,” Carroll says, echoing Miller’s sentiments. “There aren’t any two bands that really sound exactly the same, which is really cool.”

Their relationship began to take shape last June, when See Through Dresses played a handful of dates with now-labelmates It Looks Sad and Places To Hide. Miller contacted them that summer on the recommendation of those bands.

“[We] just really fell in love with the songs,” Miller says. “There was such a subtle, smart, natural flow to the band’s songwriting. The more demos the band sent us the more we knew we wanted to work with them.”

See Through Dresses — comprising Carroll, guitarist and vocalist Sara Bertuldo, drummer Nate Van Fleet and bassist Alex Kirts — has thrived on DIY work-ethic from its 2012 inception, touring doggedly and releasing its debut self-titled album in 2013 without label support. They share that ethos with many of Tiny Engine’s other signees, a quality Miller says is essential when striking an agreement.

“Touring bands are definitely a big focus for the label,” Miller says. “The bottom line is that touring bands are the ones that will continue to grow and provide themselves with more opportunities to further their art.”

With See Through Dresses, the proof is in the pudding. German label This Charming Man, to which See Through Dresses is signed internationally, re-released the band’s first album. This means the band embarks on a month-long trek through Europe next week. Their Germany-centric trip consists of 28 straight shows. True to their road-warrior form.

And the forthcoming EP, End Of Days, is already in the can, tracked at Carroll’s home studio, Little Machine, and mixed with Ben Brodin at ARC Studios. Carroll contrasts the new work to their 2013 self-titled effort, calling their forthcoming release “a guitar rock album.” 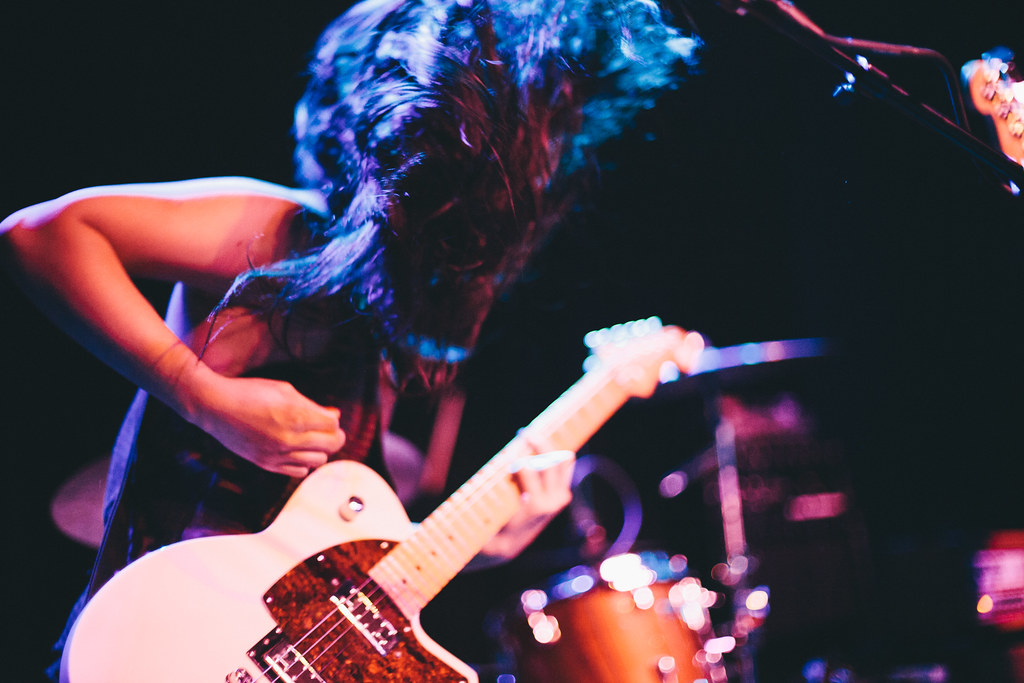 “We took a lot of time to polish things up [for the first record], and this one I think has a little bit more of a raw feel, which we were happy with,” Carroll says.

Carroll says the signing fulfilled a long-term goal of the band, noting most bands hoping to make music a full-time job look for label support. At the same time, Carroll admits that End Of Days would have seen a self-release were it not for the signing. Essentially, they would have continued to be See Through Dresses until someone took notice.

“It was a goal not to release it ourselves, but if we wouldn’t have found a label to do it, we would’ve released it just like the other one,” Carroll says. “Bands have to keep going and moving on.”