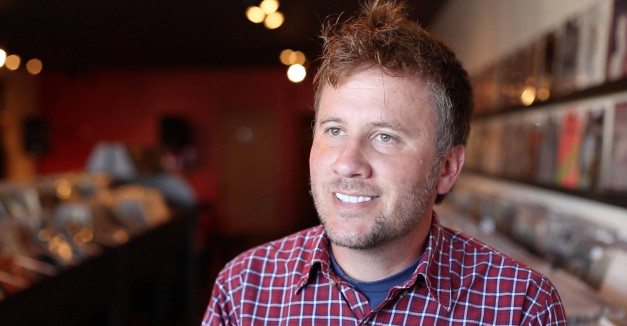 Here’s what the residents of Kearney had to say:

On that same trip, our Good Living Tour storytelling crew interviewed local musicians, venue operators, musical entrepreneurs and young professionals, all dedicated to cultivating the arts in their communities. Our editorial team produced two features from the trip to North Platte. Read them below:

With a vast record collection and community-minded owner Bill Sinnard, recently opened Buffalo Records is filling a void in Kearney music and arts.

The New World: A Stately Home for Film and Music in Kearney | story by Chance Solem-Pfeifer | photos by Bridget McQuillan

From marquee to lobby to balcony, Kearney’s The World Theatre is a visage of reinvented classical taste. But then, there’s the elbow grease, the volunteers, the eclectic musical acts and the lifelong stories that make it an accessible and lasting part of Kearney’s history.