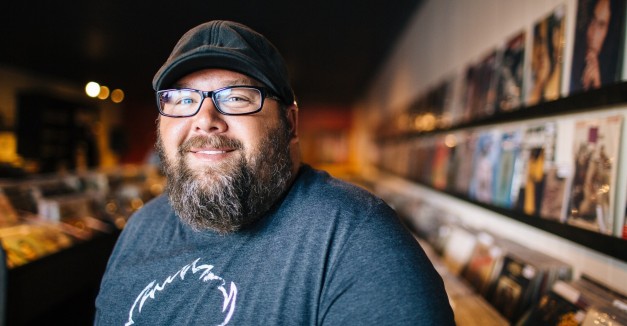 For a town of 32,000, Kearney’s arts and entertainment scene might surprise the out-of-towner. From the World Theater, the Museum of Nebraska Art, Studio 3 and other art galleries, to a smattering of downtown shops and bars/venues, to Yanney Park and the Ron and Carol Cope Amphitheater, the small central Nebraska town is hardly lacking.

For three decades, though, the absence of a local record store represented a glaring hole for music fans. The long-defunct Dusty’s Records had formerly served as the center of Kearney’s music and record community. Buffalo Records co-founder Bill Sinnard fondly remembers spending countless hours sifting through its collection. When it closed in 1985, he was crushed.

“It was hard on the community when it closed because so many people were a part of it,” Sinnard says.

He explains the honor in filling that void from behind the counter at Buffalo Records, near the center of downtown Kearney at 19 E 21st St. The store opened May 29 of this year.

For a town craving the comforts of vinyl, Buffalo Records is a small slice of paradise. Four racks span half the store’s length, displaying around 6,000 new releases and old treasures in all genres, from country to jazz to rock to hip-hop. That doesn’t include the 15,000 total records in backstock. It also hosts frequent live music nights, taking both established acts and bands that may not otherwise have a place to play.
The idea to own a record store came when Sinnard was somewhat in the throes of a midlife crisis. In 2014, he was working as a para in the behavioral department at Kearney High School, pursuing what he thought was an ideal career. But he grew restless.

“I liked working with kids, but it wasn’t meant to be,” Sinnard says. “I left and knew I needed to find something.”

He had grown up around music, pilfering Dusty’s Records and hanging around his father’s bands. After years of taking the comfortable route, working jobs that paid the bills but didn’t meet any of his creative needs, he decided to try his hand at one of his passions. The idea of Buffalo Records was born. 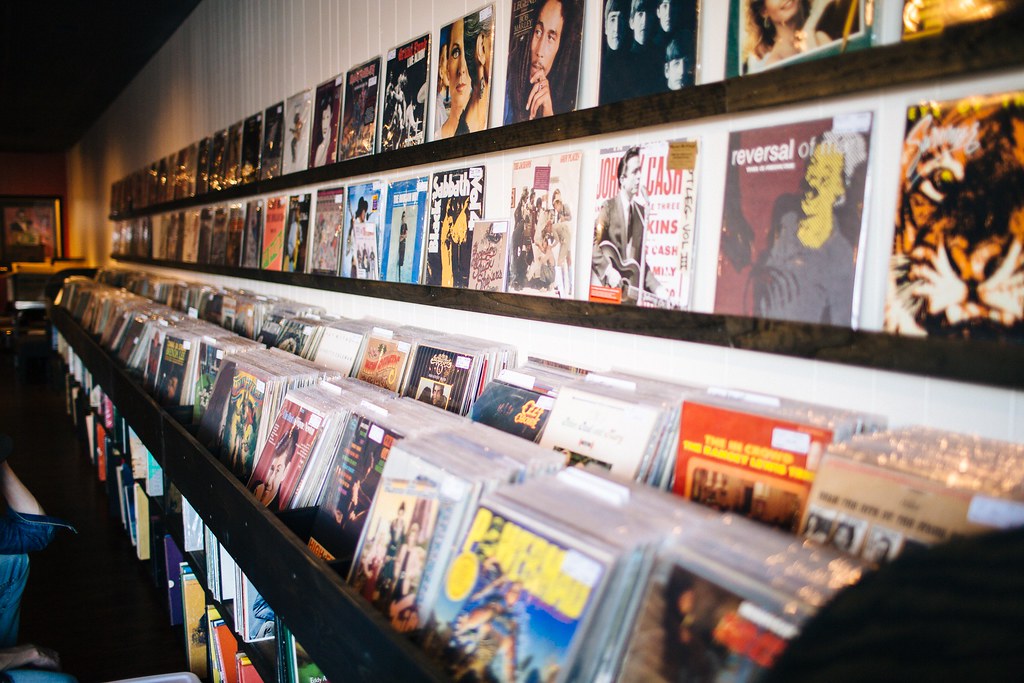 He knew what he wanted but wasn’t sure how to get there alone. So in February 2015, he called World Theater House Manager Bryce Jensen, and Jensen’s brother-in-law, Rex Herrick. After gauging community interest — which was overwhelmingly positive, given Dusty’s impact even 30 years later — they decided to take the plunge.

But they needed inventory. After a few providers fell through, they found three large collections nearby, each with roughly 10,000 units apiece. A mix of classic rock and country formed the basis of their massive backlog.

“The amount of amazing stuff that we’ve been able to get in has been incredible,” Sinnard says. “We have people coming in that say ‘Man, these shouldn’t be in my basement. They should be in the store.’ That gets us excited that we’re doing something right.”

He’s interrupted when a woman from the Make A Wish Foundation enters. Hesitant to ask for money from a business in its infancy, she explains that she’s looking for donated items for a silent auction benefiting the foundation, and that she’d leave some information for him to consider.

Without skipping a beat, Sinnard grabs roughly $60 in merchandise — a signed and numbered poster from their grand opening, a couple shirts — and hands it over.

Sinnard learned the importance of that kind of generosity in business operations while dealing with his own health adversity. In the spring of 2002, just after his son was born, he woke up one morning completely blind. A specialist in Iowa City informed him that it was Leber’s Hereditary Optic Neuropathy, a degeneration of retinal ganglion cells that leads to a loss of central vision. He was told that if recovery did not occur within the first six months, he would likely be permanently blind.

Sinnard and his family had begun preparations to move to Lincoln to better accommodate his condition when a local business woman approached him and offered a job. He would be writing contracts for her speech, physical and occupational therapy outfit, Hability Solution Services.

Then one morning in the summer of 2004, as quickly as his sight left him, it returned. At first, he thought he was dreaming. His optic nerves were severely damaged, and since he could dream in color, he initially chalked it up to that. Multiple specialists in multiple cities could not explain it, but he could see again.

His perseverance paid off just a few years later when the owner of Hability moved to Oregon to pursue other ventures. Instead of trying to run it from afar, she simply gifted the business to Sinnard. He says he learned valuable lessons from his former boss trusting him in his weakest moment.

“If you’re honest and treat people well, it’ll come back to you,” Sinnard says.

That attitude is at the center of what is now a music community hub. 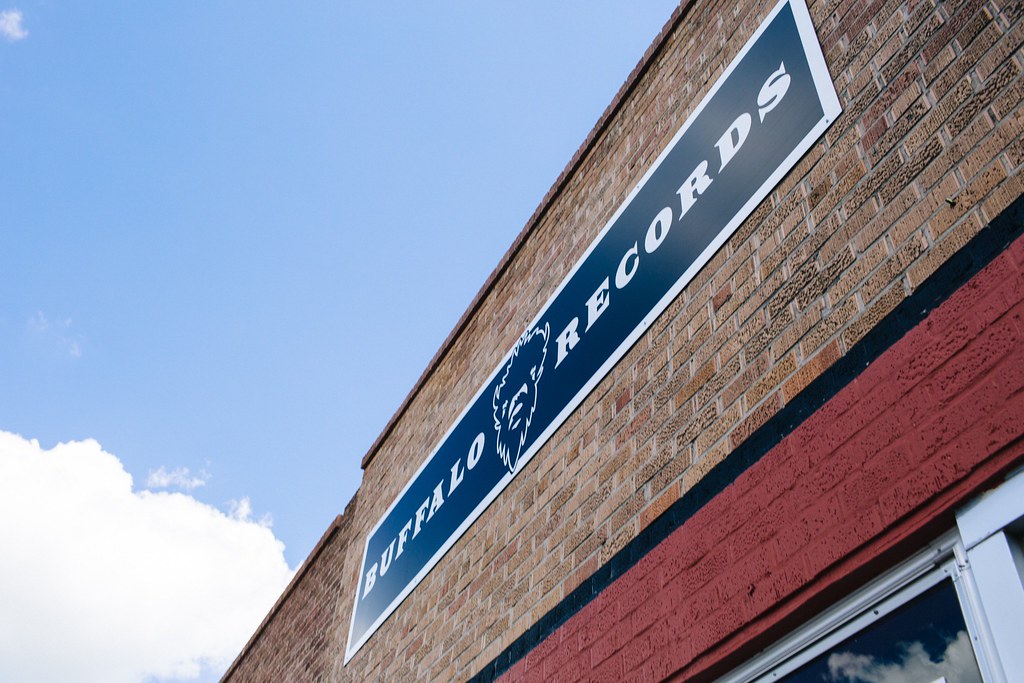 On the day of Buffalo Records’ nine-hour grand opening, Sinnard says the store was filled from wall to wall the entire day. He had bands playing on the tiny stage at the back left corner of the store all day long.

“To open up and have all these people say that it was exactly what Kearney needed was cool,” Sinnard says.

He’s pleased just to be filling a huge need in the arts community, regardless of personal gain.

“It’s not like we’re getting rich or anything,” Sinnard says. “It fills us up in our heart to know that we’re supported.”