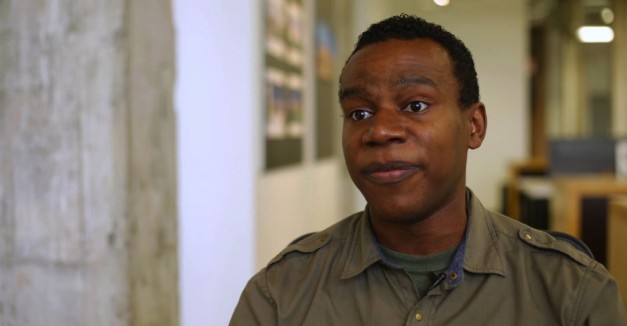 Here’s what the residents of Grand Island had to say:

On that same trip, our Good Living Tour storytelling crew interviewed local musicians, venue operators, musical entrepreneurs and young professionals, all dedicated to cultivating the arts in their communities. Our editorial team produced two features from the trip to Grand Island. Read them below:

Making Space: The Chocolate Bar and Fostering Creativity in a Small Town | story by Jacob Zlomke | photos by Nickolai Hammar

Industriousness, adaptability and innovation. From carving out sod houses to raising some of the world’s best beef, these qualities have helped shape Nebraska. Sharena Arriola-Anson, owner of Grand Island’s Chocolate Bar, works in that tradition. But for her, it’s less pulling fences and more reimagining the kinds of spaces small communities can use.

The position of creative worship arts pastor didn’t exist at Grand Island’s Evangelical Free Church before DeAundrae Clayton took the job fresh out of college in 2014. In a little more than year, Clayton has pushed, reimagined, but most importantly, led, his community into a new, multi-generational place in its music traditions.