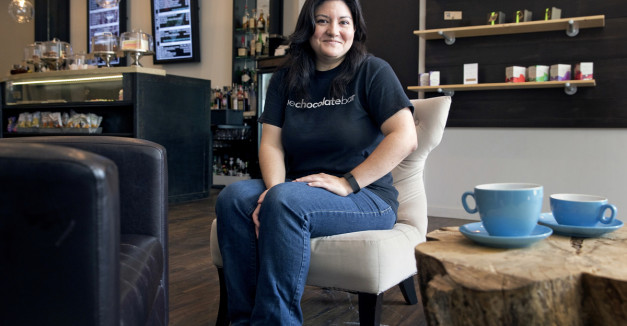 The Chocolate Bar in downtown Grand Island might seem out of context in Central Nebraska.

Its tastefully-lit, elegant interior isn’t exactly a familiar sight this far from any major cities. Neither is the menu, which includes vegetarian options and, according to the website, will also soon feature gluten free and vegan options in the heart of a state that’s best dish is steak, rare, buttered dinner roll on the side.

But that’s kind of the point — owner Sharena Arriola-Anson wanted to offer something not exactly unfamiliar, but somewhat previously unavailable to the town of nearly 50,000. In this case, four somethings.

The Chocolate Bar, opened in November 2011, functions, at once, as a casual restaurant, a coffee shop, a bar and a bakery.

“Just cake wasn’t going to cut it, so we turned it into four departments,” Arriola-Anson says from a two-person table in the restaurant. It’s the middle of a Saturday afternoon, which means The Chocolate Bar currently dons its coffee shop cap. Brightly-lit, the atmosphere is colored by unintrusive acoustic music. Around 5 p.m., the lights will dim automatically for the dinner crowd. 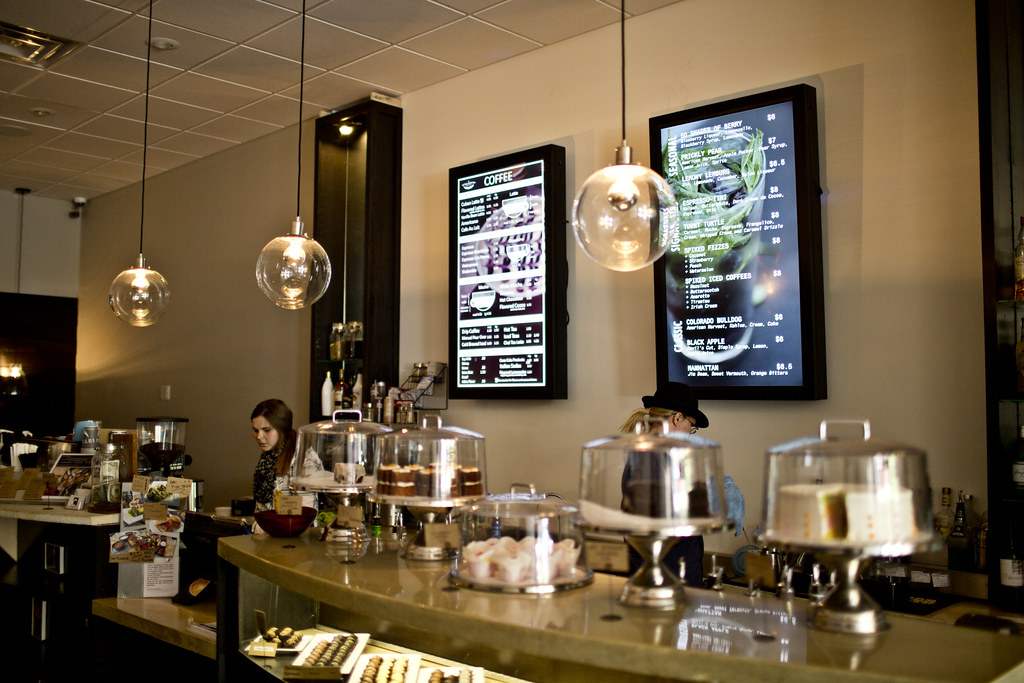 That adaptative spirit does more to draw The Chocolate Bar closer to its Nebraskan roots than superficial qualities like appearance could ever separate it.

It’s about imagining, or, rather, re-imagining, the possibilities of one’s surroundings. It’s a familiar ethic to Nebraskans, who live and thrive on land that was popularly deemed the “Great American Desert” by Zebulon Pike. It’s about breaking ground, making use of the land and surroundings in new ways. It’s an attitude so ingrained in Great Plains anthropology that it’s practically tradition.

Arriola-Anson is no exception. You don’t move somewhere else when you can make use here.

She’s as aware as anyone that, in general, rural communities are shrinking, especially losing vital young adults.

“When you ask people why they are leaving, they say there is nothing to do here,” Arriola-Anson says. “It seems to me that there is a lack of connectivity.”

She sees The Chocolate Bar as part of the solution. Sure, there’s the unique-to-Grand Island atmosphere, which Arriola-Anson says she often hears feels like a big city.

“There’s a lot of sports bars,” she says. “There are not a lot places you can go and the Husker game isn’t on. We’re that place, nothing against the Huskers.” 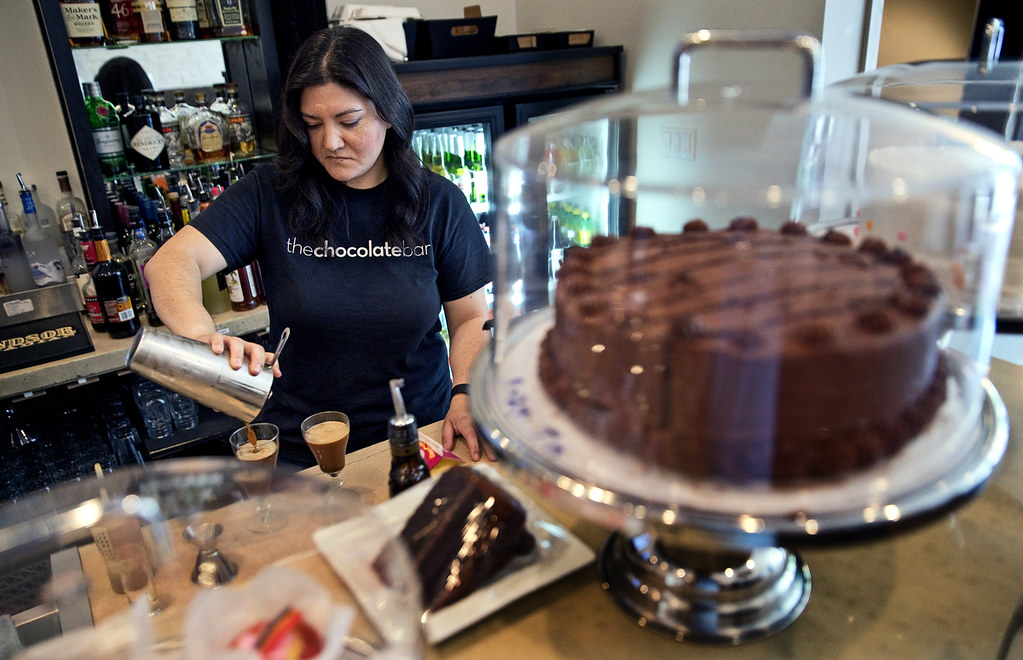 But perhaps more importantly, it offers a space to convene and a template for creativity. For instance, Arriola-Anson says, for their visual arts and music showcases, the artists have often sought out The Chocolate Bar, rather than the other way around.

Many of the musicians are looking for a place to break-up the Interstate 80 miles between Colorado and Omaha, Lincoln or Kansas City, a formula for which Hear Nebraska has long been a proponent. But more and more, lately, those artists have been local.

It shows a demand for spaces that foster the arts beyond a region’s prejudged cultural centers.

“There’s great potential, it’s just a matter of showing others how they can invest and find those people with like minds.”

Stories like Arriola-Anson’s are becoming increasingly common across Nebraska’s rural communities, with craft breweries, locally-sourced restaurants and artisan shops dotting the entirety of the map. It counters the traditionally familiar narrative among entrepreneurial and creative spirits in small communities.

They’re not here for lack of better options.

Arriola-Anson grew up in California, then moved to Florida. Eventually, she moved here with family and says she would never return to either coast. She chooses to be here.

“We want to show people that they can dream, make goals and reach those goals.”