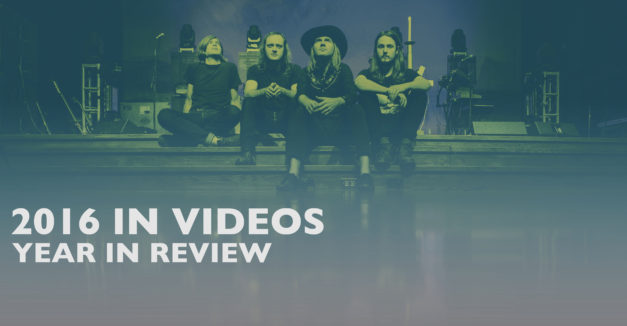 [This is the second of three features celebrating the best of Hear Nebraska’s written, video and photo work. Today, revisit the 15 best videos of 2016. Watch for the best in photography, and check out the 15 best stories here.]

Years from now, when we look back the editorial year HN had in 2016, the highlights will be obvious: our first with Lincoln Calling, the expansion of the Good Living Tour and the year of the video.

Staff changes from 2015 brought a renewed focus on covering Nebraska music through videography, and in no setting did that prove more important than throughout the Good Living Tour. Our team produced 12 acoustic performance videos with 12 original Nebraska acts in their hometowns, as well as nine Experience Nebraska videos in which people from nine Nebraska communities explained what made theirs great places to live, work and play.

They are a kind of best-of on their own, so please check out the performance videos here and the Experience Nebraska videos here (and two choice samplings below).

Turning back east, our interns and contributors turned in countless hours of work and, subsequently, hours of video footage that helped tell the story of Nebraska music. Their subjects include: SXSW artists explaining their perceptions of Nebraska; a profile of Lincoln’s Karen refugee community; a heartwarming in-scene familial connection; a recap of Hear Nebraska’s first year with Lincoln Calling; and HN Live from Omaha to Chadron State Park.

“Its choice — “Mañana” from Desaparecidos’ 2002 LP Read Music/Speak Spanish — was well considered. And not just because it gave a gruffer-than-usual platform to vocalist Meghan Munyon’s trademark belt, or because it coaxed guitarist Alex Steele’s best, most heavily-distorted Denver Dalley impression.”

“[CJ Mills and company] nailed it, filling the open spaces [in High Up’s song] by kicking up the tempo and replacing the vibrant horn section with swelling waves from Mitch Towne’s keyboard. The band felt and looked at home in the song, able to stretch out and add its own flair. It was a bold choice, but one that paid off.”

Lincoln’s Academy of Rock after-school program teaches aspiring young musicians to explore creativity and collaboration through music composition and performance. Follow along as we explore its buzzing classroom, musical curriculum and its value to students as a means of connecting with each other.

During our 2016 trip to SXSW, we interviewed a handful of touring bands from as far as the United Kingdom and Australia, asking for their perceptions of Nebraska and its music scene and about the makeup of their own music communities. We found that from emerging non-traditional spaces to artist diversity, the similarities stack up. Watch our video feature for testimony from Worriers, All Dogs, Lewis Del Mar, Fear of Men and more.

Omaha singer/songwriter Jocelyn cut her teeth as a budding musician busking down at the Old Market district. Watch her engaging street-side performance of “Daisy Skies.”

Thriving the Human Way at The Commons | Video Feature

The Commons has been a Near South Lincoln creative hotbed for the past two years, offering a safe space for learning programs, services, community organization and live music centered around open participation and mutual respect. Watch as volunteers Amanda Huckins and Jacob Darling explain what makes The Commons a vital DIY community space.

Displaced from their native Myanmar by a longstanding civil war with an oppressive Burmese government, a small Lincoln-based contingent of Karen refugees preserve their culture through traditional song and dance. Full story here.

As The Faint’s synth punk sound has evolved over the past two decades, so too has its sweaty, chaotic, strobe-laden live performance. The Omaha band invited us into a recent practice prior to embarking on its month-long tour in support of career compilation album ‘CAPSULE: 1999-2016.’ Watch as frontman Todd Fink and drummer Clark Baechle give us the run-down in the latest artist profile.

It was Hear Nebraska’s first year with Lincoln Calling, and while there were a fair share of hiccups, the festival itself was, frankly, some of the most fun we had all year. Review the most thrilling moments from the downtown music festival in our full recap video presented by Allo Communications.

In the midst of touring last spring in support of her latest record ‘Cocksure,’ singer/songwriter Laura Stevenson sat down with See Through Dresses’ Sara Bertuldo after their Lincoln show to talk fast-food sponsorships, professional wrestling personalities and the worst thing blurted from her audience. Watch it all in the latest Crossfade.

From its state of the art practice space to its wide-ranging services, Ground Floor Guitar has the artist’s interest in mind. Take a look inside with general manager and High Up bassist Josh Soto.

While known throughout Lincoln for their separate endeavors — the father, a grinning, energetic veteran guitarist, the daughter a multi-talented musician and sound engineer — Benjamin and Marina Kushner’s passions for music has always thrived at home. Watch as they look back at their fondest memories of Marina’s musical upbringing and what it means to share a slice of the Lincoln music scene.