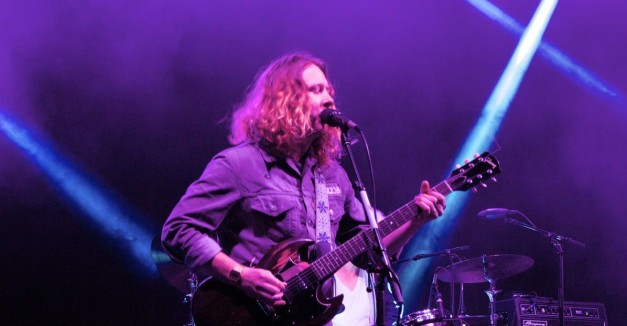 Quick plug for the above photo: Ben Kweller headlined Mini-Maha over the weekend at River’s Edge Park. If you didn’t know, Maha proper is Saturday, August 15, and you can buy your $50 passes here.

Time to break out the sunscreen and dancing shoes for the inaugural No Coast Fest.

The day-long event, brought to you by One Percent Productions and 89.7 The River, will feature a bevy of danceable indie pop acts at Westfair Amphitheater. Omaha’s own Twinsmith and Icky Blossoms will perform on a bill that includes Cage The Elephant, Bleachers and Joywave.

Starting at 1:30 p.m. on a Tuesday, it’s safe to say the festival seems geared toward a high school and early-college crowd, that would have weekdays free.

Prepare yourself with a brief primer on each band below.

The best of Twinsmith is breezily clean, punchy choruses and gleaming guitars, flowing through its indie pop sound. The May release of Alligator Years — its second LP and debut on Saddle Creek Records — shows a more refined, confident sound that shifts dynamically from shimmering pop and hazy new wave to moody and slow-burning.

Jeffrey Jacob and Angela Gail land like a synth pop duo in neo-folk uniforms. Their breakout song “Peaches” dances on one keyboard refrain, boxed in by drums and muted guitar, but then unwound by sweet and sedated vocals that hum along an octave apart. Jacob and Gail hail from Memphis and Michigan, respectively, and their debut album, The Belt, came out on Capitol Records this year.

The Los Angeles quartet injects plenty of throwback flavors into its indie pop. Dance beats and disco keys lay the foundation for rich, funky horns and frontman AJ Jackson’s alluring lounge singer vocals. Saint Motel’s latest EP, My Type, charted all over Europe, even going certified platinum in Italy. After two European tours and a short festival run in the states, plans are in the works for a 2015 full-length release. They fit in nicely on a billing full to the brim with danceable pop.

No Coast is effectively Icky Blossoms’ homecoming show from a spring spent on the road. In support of its new Saddle Creek album, Mask, the Omaha dance pop outfit hit SXSW before striking out on the road with indie stalwarts Of Montreal. Mask, Icky’s sophomore album, finds the group delving at both the core and outskirts of dance music.

After breaking out with a collaboration on Big Data’s “Dangerous,” the Rochester, N.Y. quintet made a name for itself with March 2014 EP How Do You Feel Now? Singles “Tongues” and “Somebody New” marry poppy hooks with grungy bass lines, also dotted with pingy keys and layered synth. The videos for each have also received a high volume of YouTube plays.

Led by Jack Antonoff (of Fun guitarwork, Lena Dunham partnership and Taylor Swift production fame), Bleachers released its debut, Strange Desire, on RCA this year. The record peaked at #11 on the Billboard charts, and it bandies Fun’s syrupy melodies, except transposed onto a broader pallet of rock music that includes underlying hints of ‘80s stadium rock, New Wave and pop punk.

The Kentucky alt-rock outfit’s blend of blues and in-your-face grunge might make it the most straight-up rock band on the billing. Its influences are unmistakable, from Nirvana and Pixies to the blues rock of its home state, and they mix well with Matt Shultz’s scratchy vocals on notable hits “Ain’t No Rest For The Wicked” and “Back Against the Wall.” The band is currently working on its fourth LP, which will be the follow up to its Grammy-nominated 2013 album Melophobia.

Now, onto weekend coverage. Our Peter Barnes was at Knickerbockers on Friday for Robert Randolph & The Family Band and Hector Anchondo:

“When Robert Randolph started strumming his guitar, the whole room, front to back, was filled with dancing audience members and non-stop chanting. It captivated the entire room with a sense of compassion, sincerity and groove.

From start to finish the entirety of Knickerbockers was shaking with the sounds of American rock, blues and soul. And while the members of Robert Randolph & The Family Band come from all over the country, including New Jersey and Virginia, they come together and pour their hearts out through their music.”

photos and words by Peter Barnes 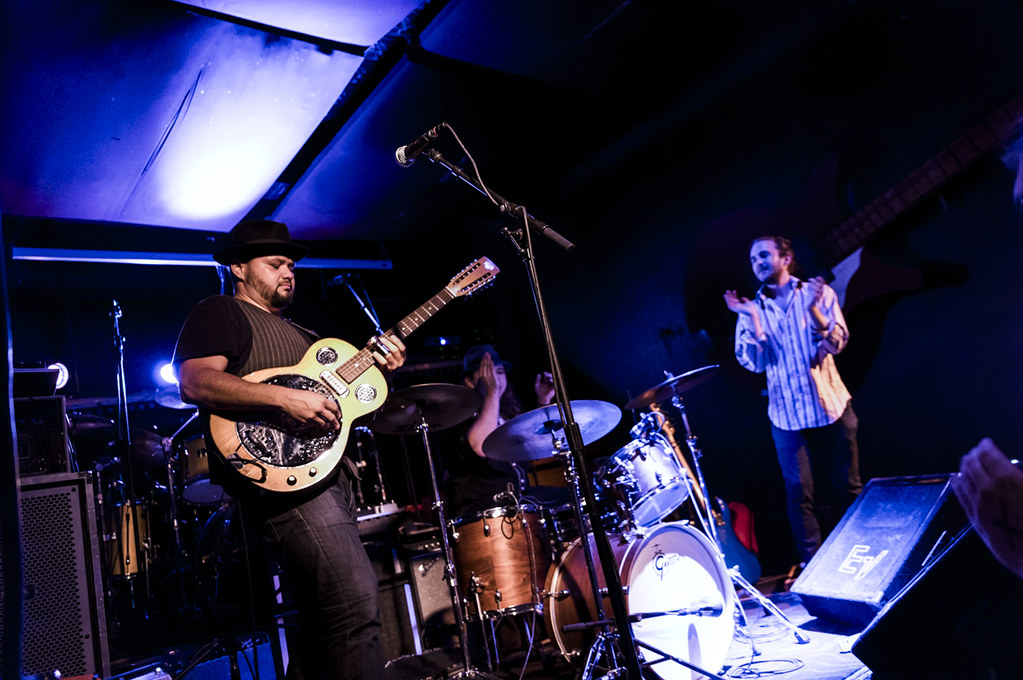 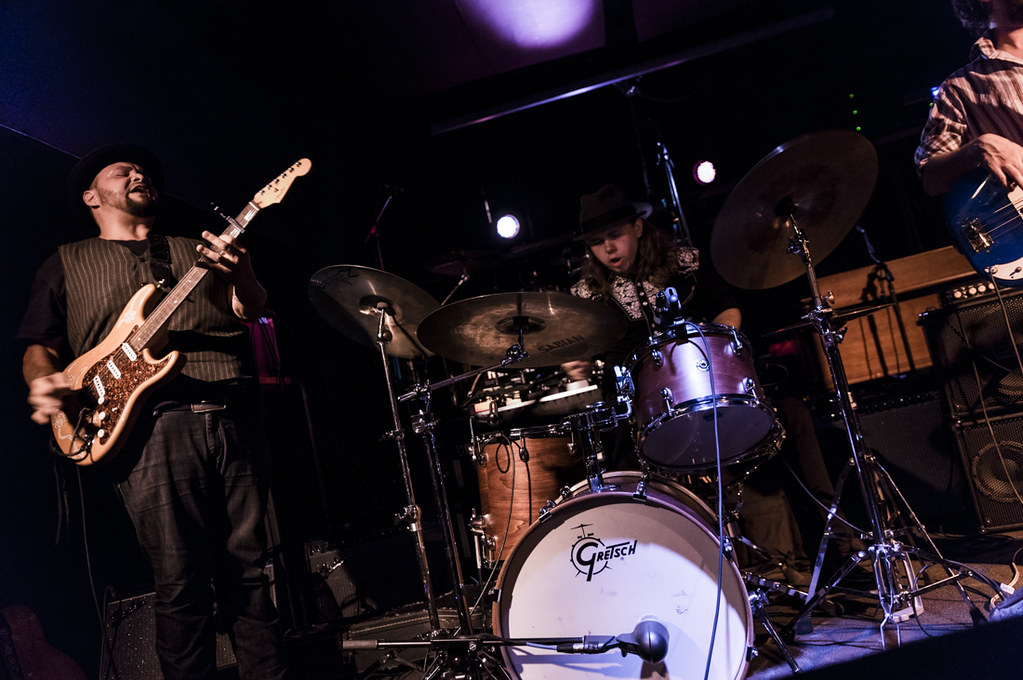 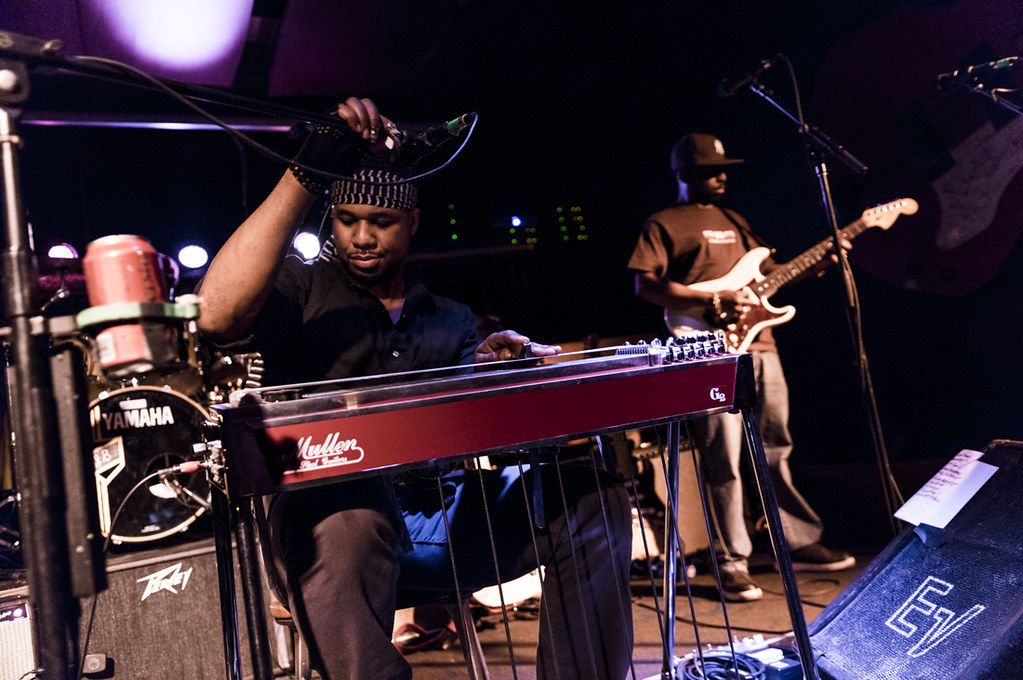 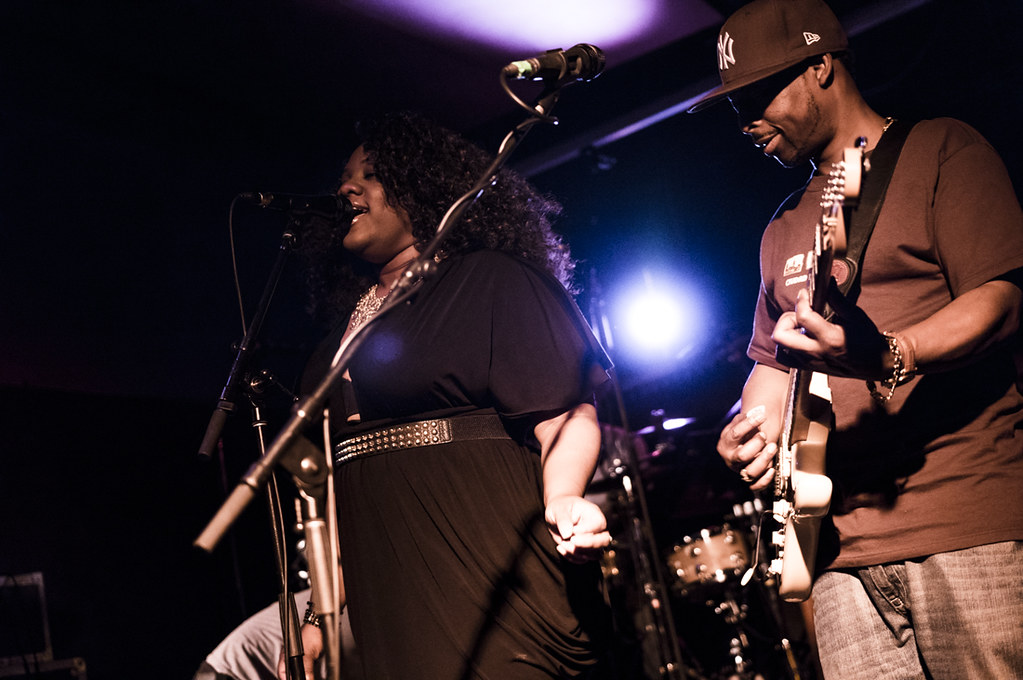 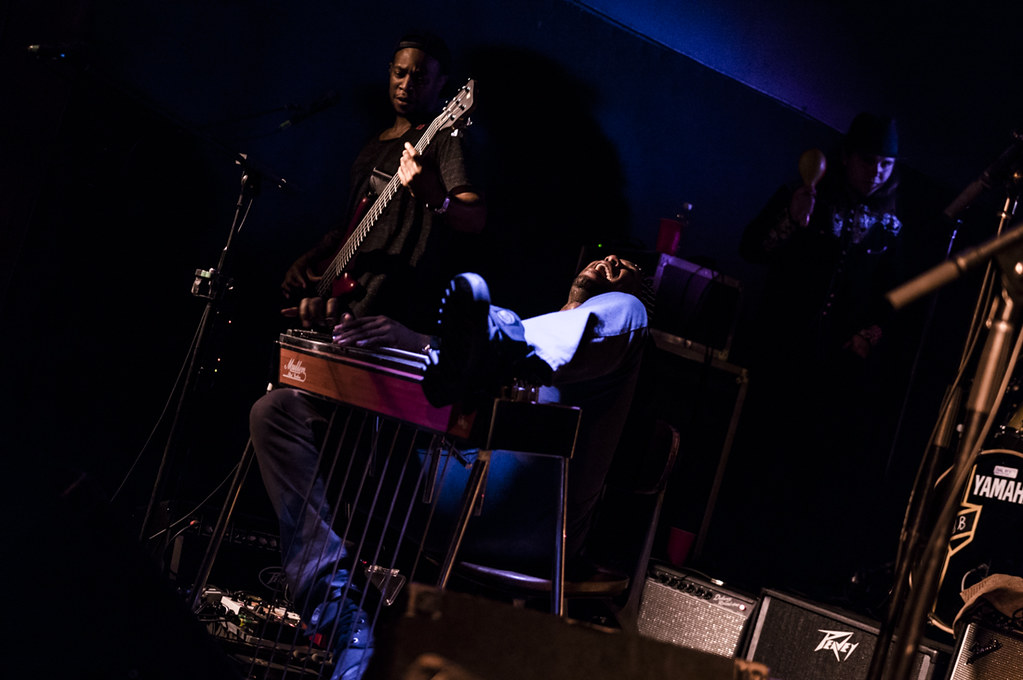 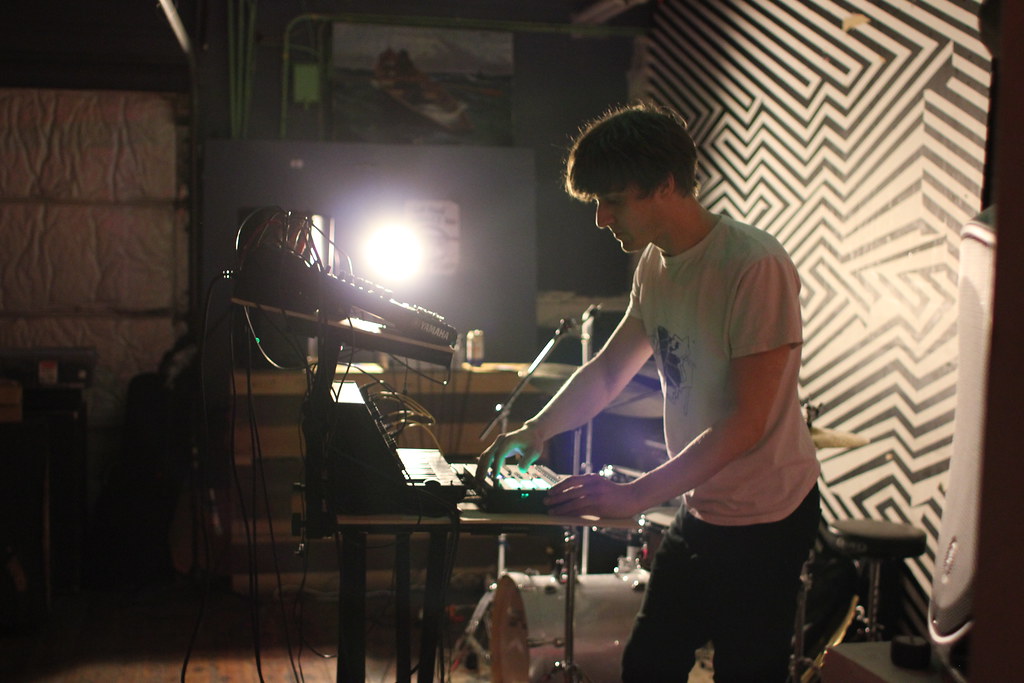 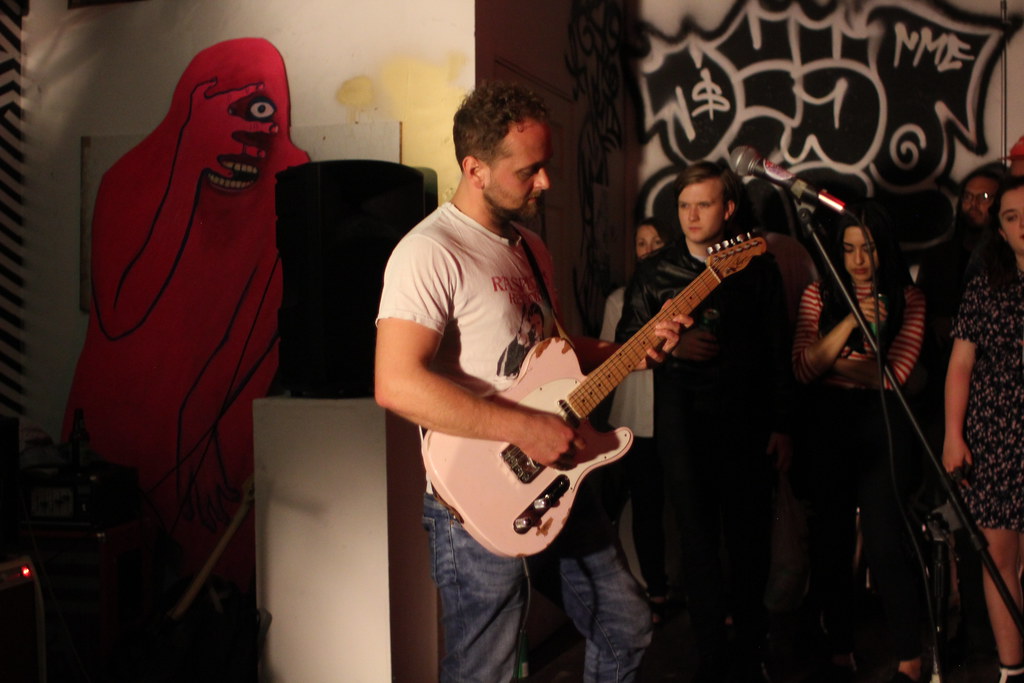 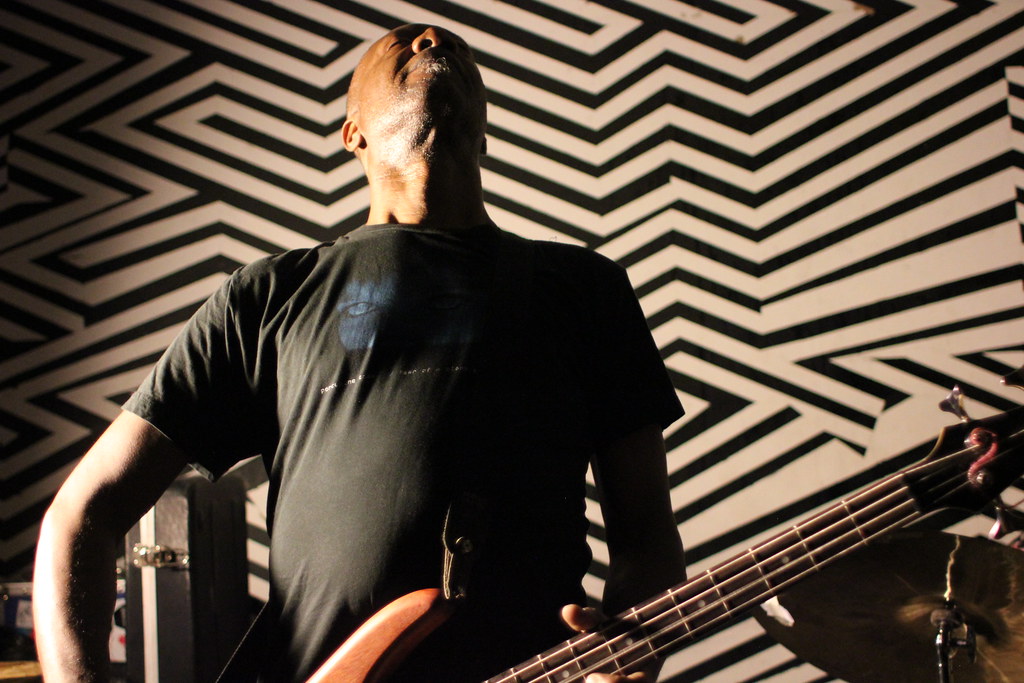 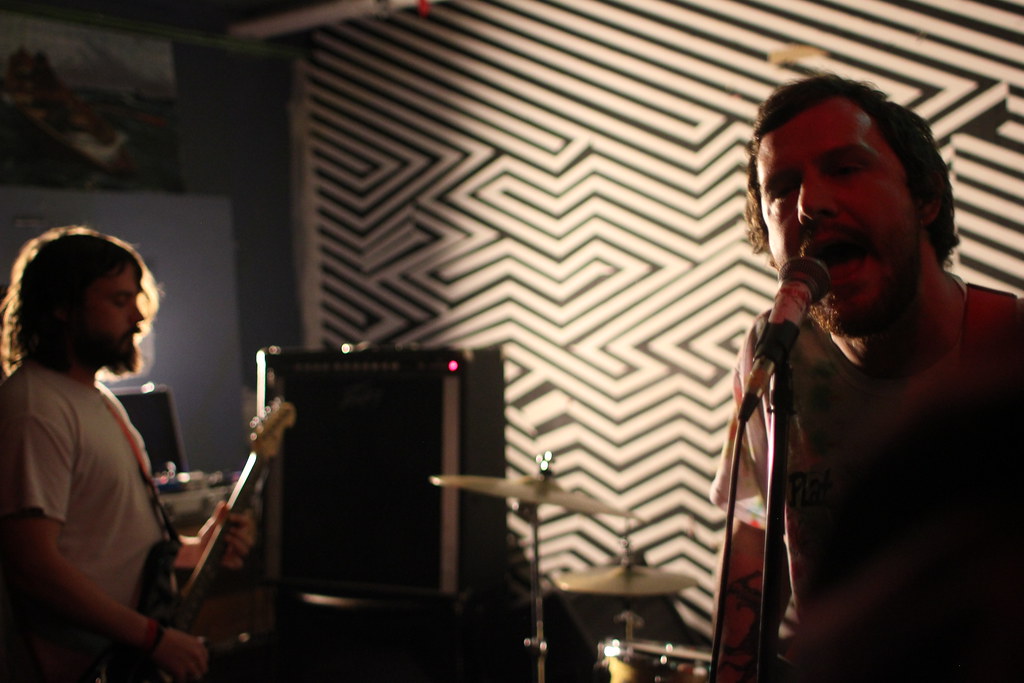 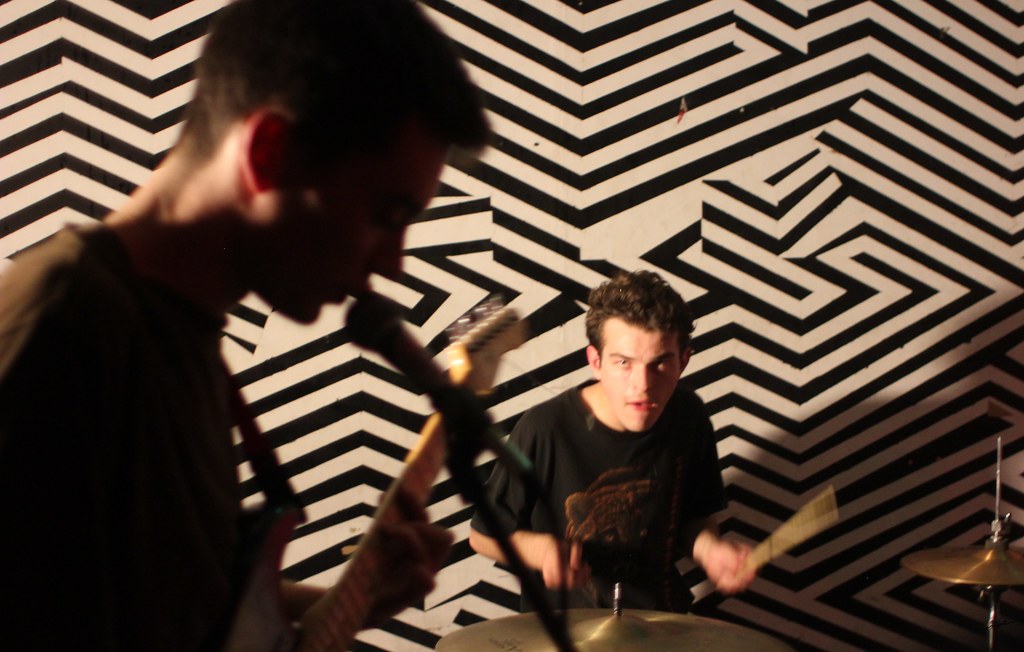 “Going to last night’s Glass Animals show was like being summoned into a lava lamp you hope to never leave.

The polychromatic stage lights were inviting and daunting all at once. Synth-driven rhythms flowed through your nucleus, as you churned into a sea of equally eager teenage and middle age spectators. Off either side of the stage, fog machines were billowing full force.

The Oxford four-piece pulsed through their slow-burning set at The Waiting Room last night after opener Gilligan Moss ignited the initial flame.

Frontman David Bayley pounced on stage shoeless, as has become tradition for the 22-year-old songwriter. The same wool-socked feet graced Slowdown’s stage a little more than eight months ago: Glass Animals’ debut Omaha show. But the feet seemed to dance a little harder this time around, as they had a sold-out crowd to entrance.

The band entered with signature songs “Hazey,” “Black Mambo,” “Pools” and “Gooey.” The dance floor was sweaty, but Bayley and his boys were even sweatier. They managed to slow things down after awhile, as Drew MacFarlane, primarily playing the synthesizer throughout the night, donned a guitar in its place. Bayley opted for a tambourine and crooned through a laid back piece off their 2013 self-titled EP.

But, of course, Glass Animals picked things right back up, eventually up high enough to have Bayley crawling on top of the sound booth and belting his version of Kanye West’s “Love Lockdown.”

Bayley proved to Omaha once again that Glass Animals might not be from this side of the Atlantic, but they can party like the rest of us. Their stage presence is one to be rivaled, and their charming English accents don’t hurt one bit.”

photos and words by Cara Wilwerding 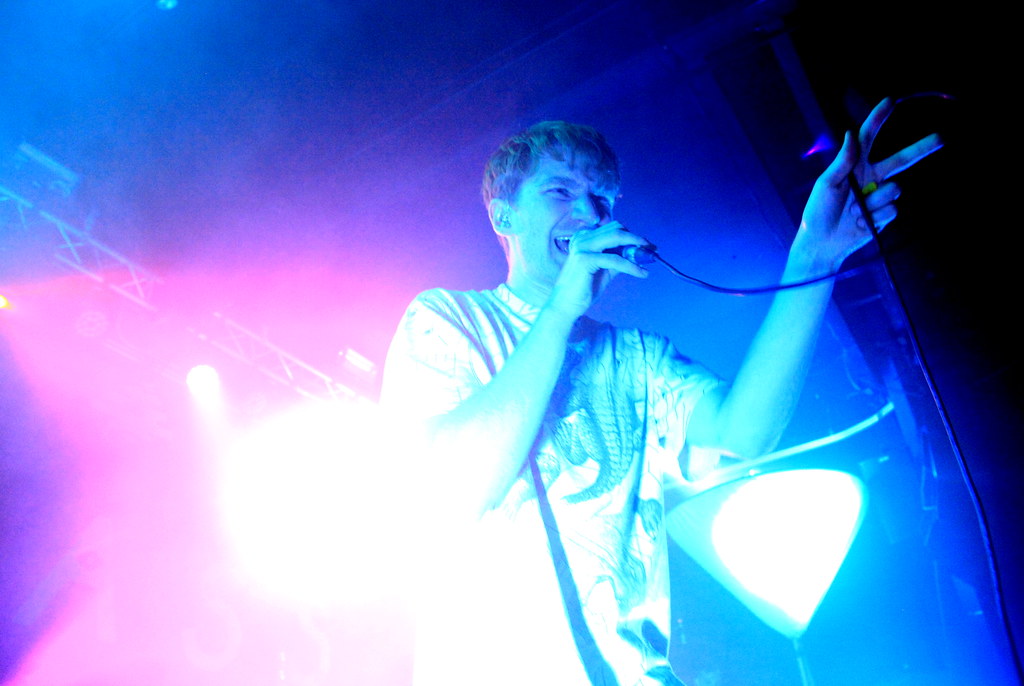 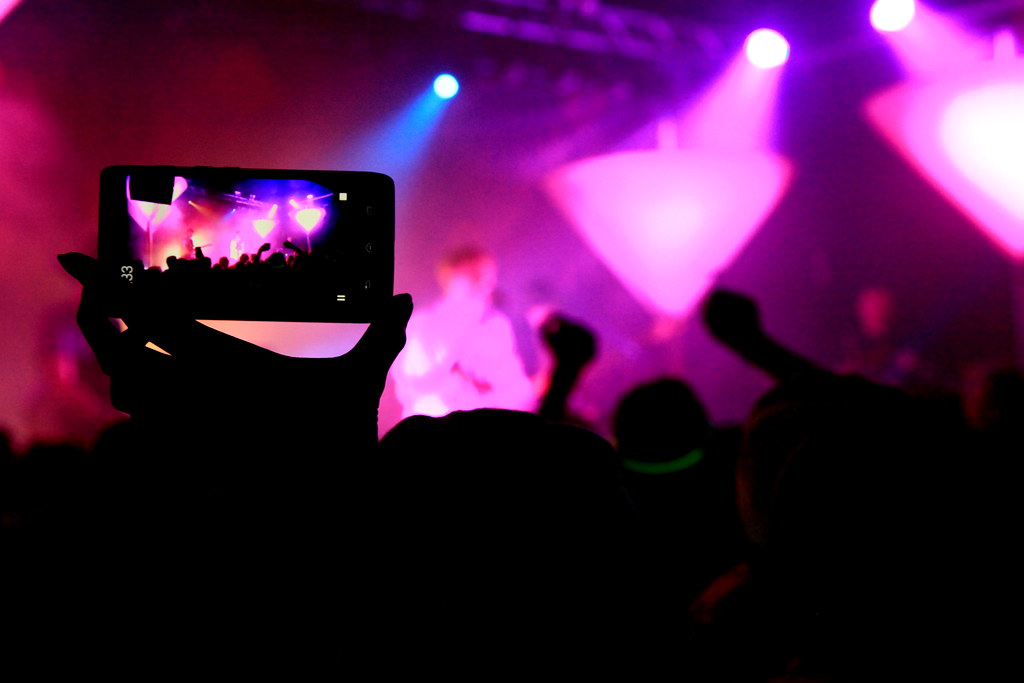 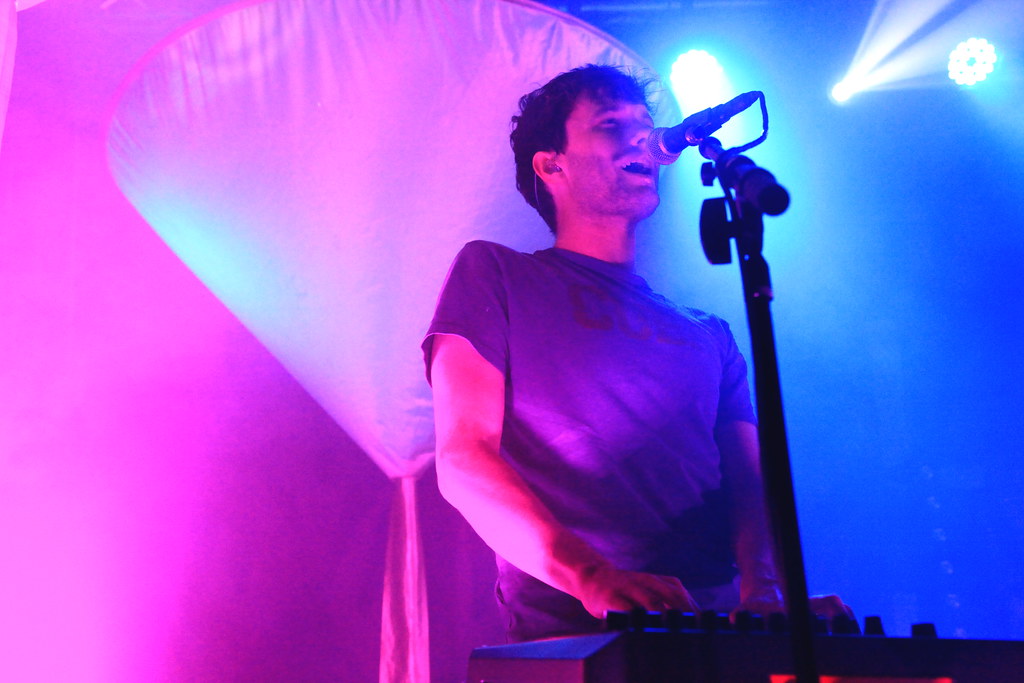 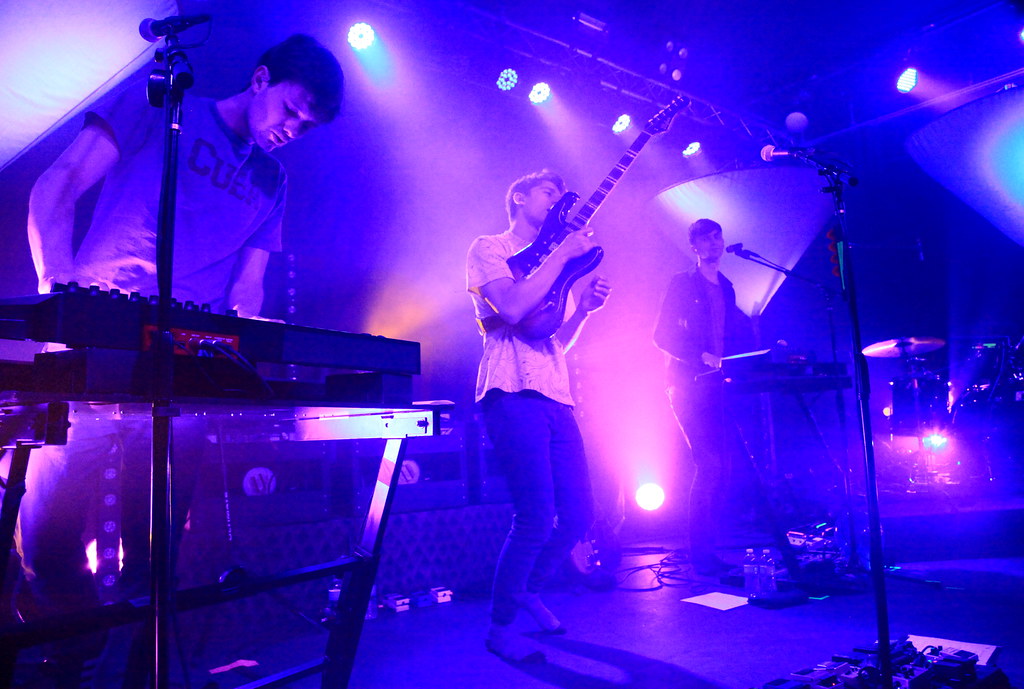 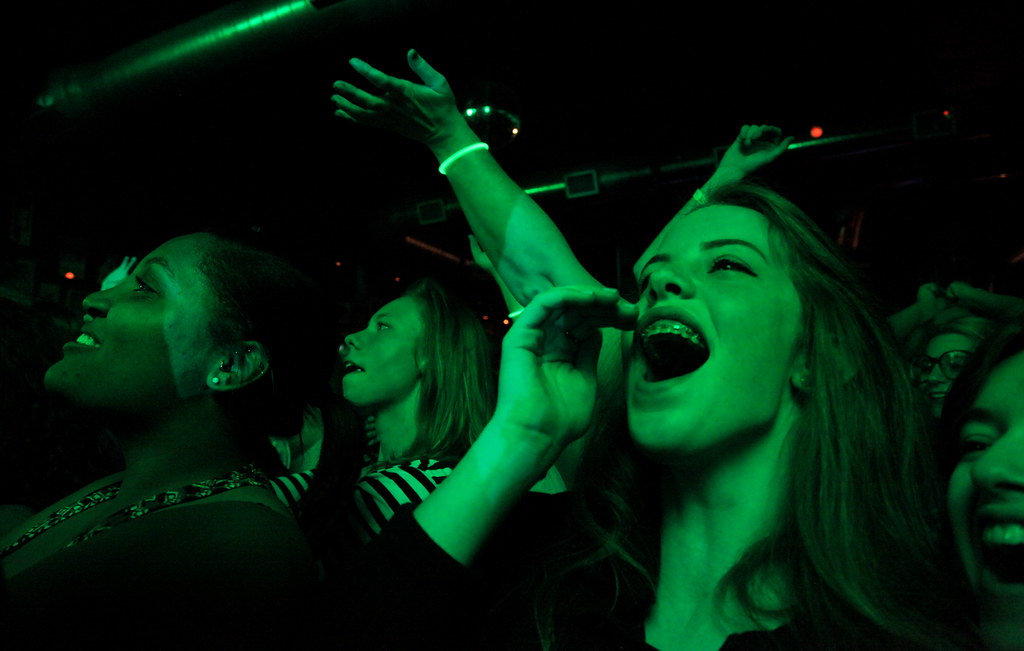 The vinyl treasure hunt Unfound Sounds returns this week, and former Hear Nebraska managing editor Michael Todd has stashed a record in Lincoln, Omaha and Sioux Falls. This month’s selections are The Tallest Man On Earth’s Dark Bird Is Home (in Lincoln), Father John Misty’s I Love You, Honeybear (in Omaha) and Meat Puppets’ II (in Sioux Falls.)

Take a look at the first clues at UnfoundSounds.com, and if they’re not revealing enough at first look, check back for another hint tomorrow.

Monday means it’s add day for our HN Radio playlist, streaming at the top of every HearNebraska.org page. This week, we’ve got The Good Life, Latin Threat, The Midland Band and many more in the mix.

As far as specific submissions this week, we’ve got one from AquaDog. It’s the solo project of northeast Nebraska musician Adam Manoucheri, and it’s new album was co-produced by the state’s premier mastering engineer, Doug Van Sloun. AquaDog, the album, was recorded in part at ARC Studios, including a couple sessions with AJ Mogis on drums. It was finished at Manoucheri’s own studio in O’Neill, Nebraska. Take a listen, and the first takeaway will almost certainly be Manoucheri’s precise guitar work. You can read more about the project via his website.

You can check out the songs here, and listen to “So Called News” below:

When looking for shows this week, find our full listing here at our events page. Feel free to add some yourself using the “Contribute” button at the top of the home page, or email us at news@hearnebraska.org with shows, story ideas and news tips.