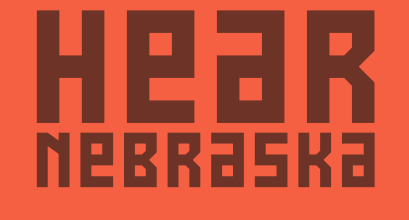 Today marks Giving Tuesday, the nationwide day of support for nonprofit organizations. While there are many worthwhile and valuable organizations at home and across the country that deserve your attention, we humbly ask you to consider Hear Nebraska as part of your donation plans.

With your support, Hear Nebraska has accomplished a great deal in 2016 towards its vision of a Nebraska that attracts creative talent from other cities and states through its reputation as a great place to produce and live as an artist.

HN has been able to accomplish all of the above with less than three full-time staffers and a community of volunteers. Your support helps us build operational infrastructure that allows us to better serve Nebraska music.

Help us start 2017 strong by reaching our end-of-year fundraising goal of $25,000. Generous donors have provided $10,000 to match the first $10,000 we raise, so your tax-deductible gift in any amount will be matched dollar-for-dollar.

A few old friends, a guest performance and its own custom O’Leaver’s wall highlighted The Good Life’s homecoming show in Omaha last night.

The indie rock band returned from another U.S. tour — perhaps its last for some time — in support of Aug 2015 full-length album Everybody’s Coming Down, and it did so in the friendly confines of the bar on South Saddle Creek. Joining them, as they had all tour, were singer/songwriter/Neva Dinova frontman Jake Bellows and past Tim Kasher touring partner Field Mouse.

The show brought a handful of notably quirky moments. Just before The Good Life assumed the O’Leaver’s stage, a projector set up at the back of the stage showed its own custom version of the famed record wall. Earlier, during Bellows’ set, he was joined by The Faint’s Todd Fink as the two performed a song they said was from “a band they used to be in” with duct tape over their eyes. Our guess is reggae collaboration Cho Cho and Dasheen, though the two (with The Good Life’s Ryan Fox) also collaborated on Bellows’ solo effort New Ocean.

Either way, HN multimedia Tarah Dawdy was on-hand to photograph the show. See below: 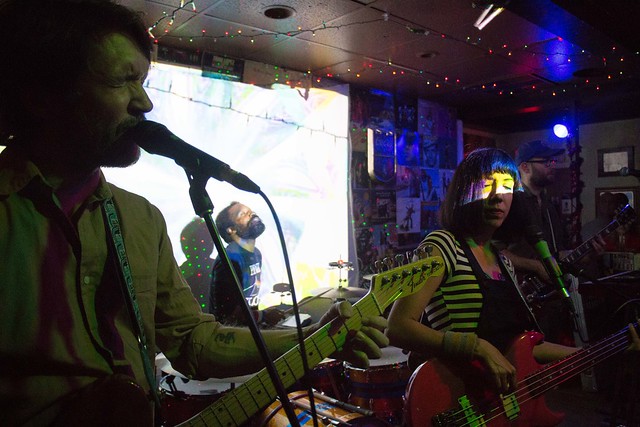 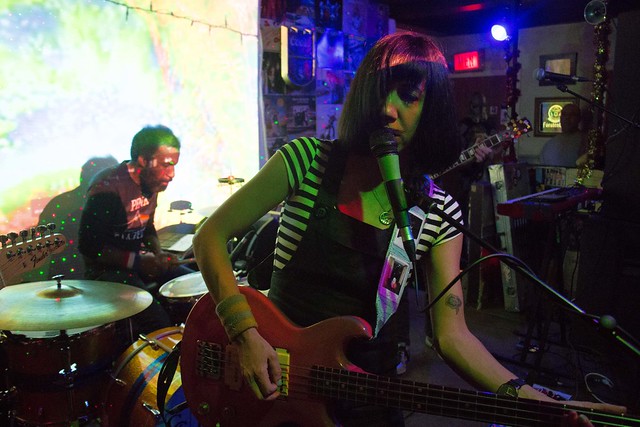 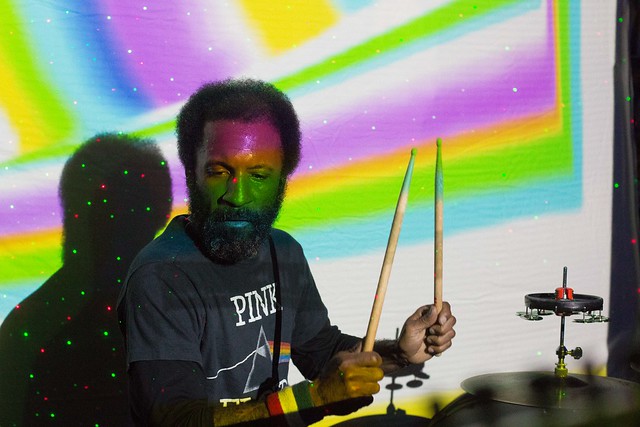 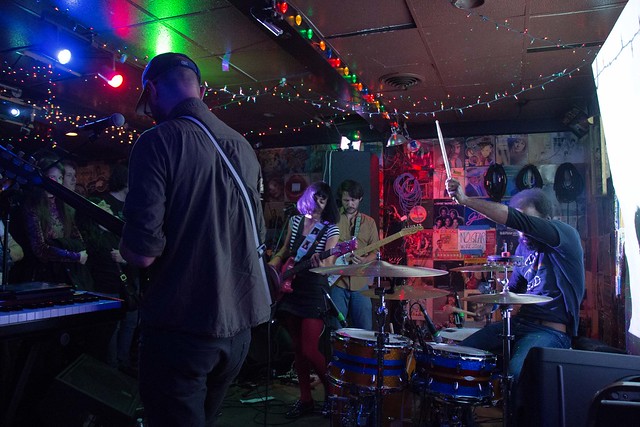 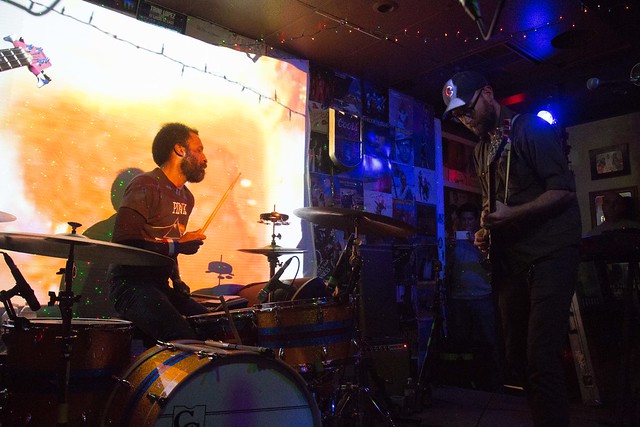 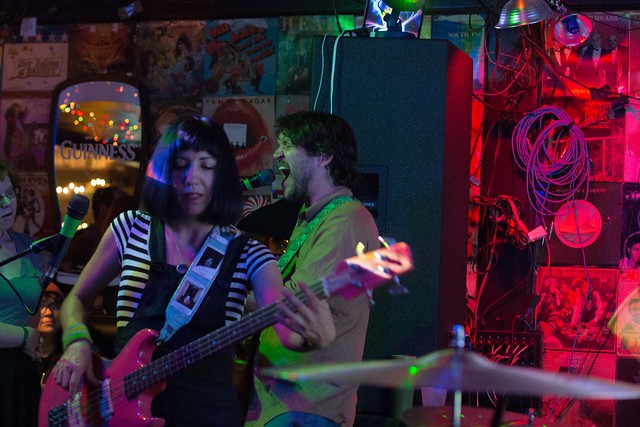 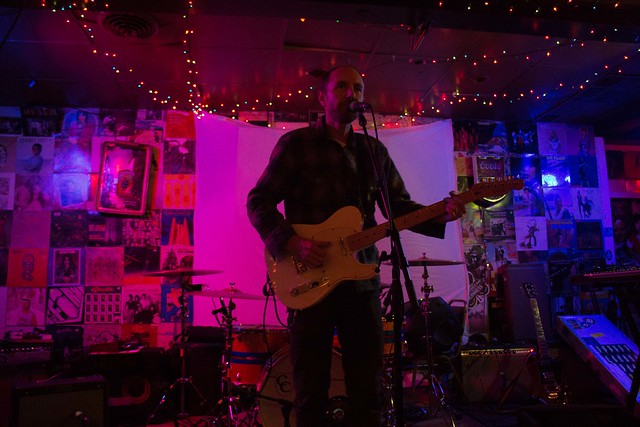 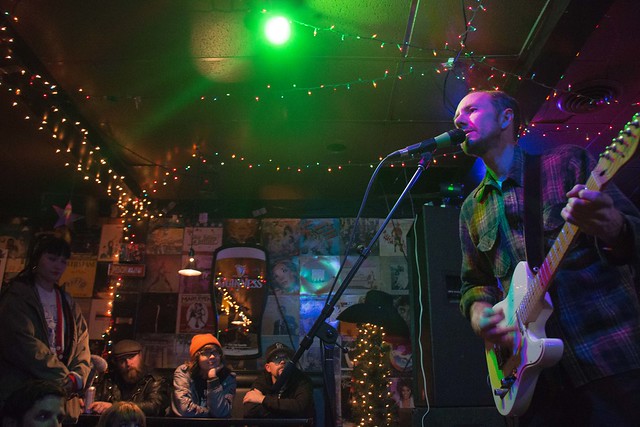 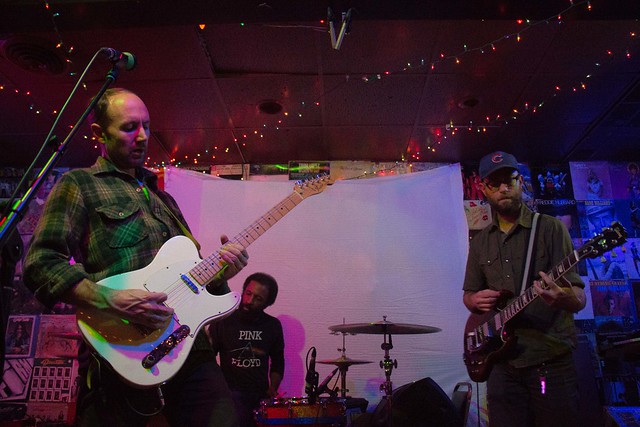 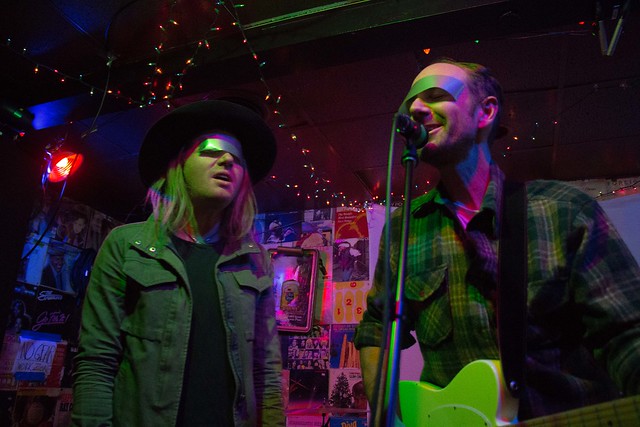 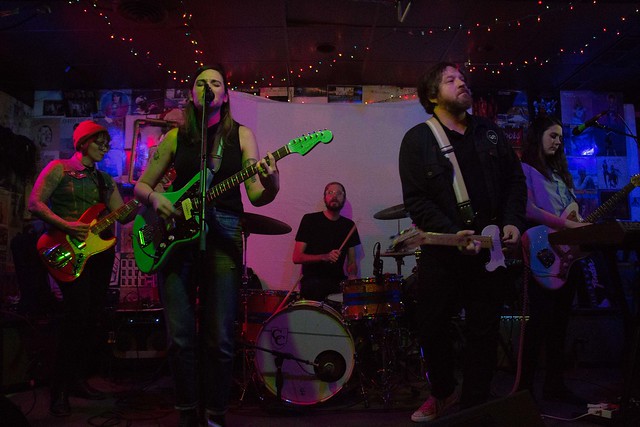 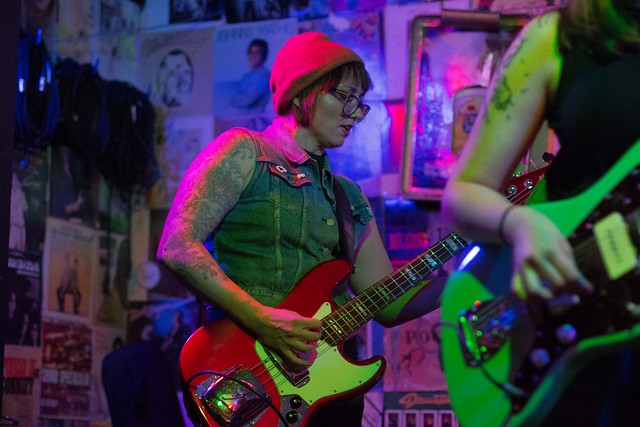 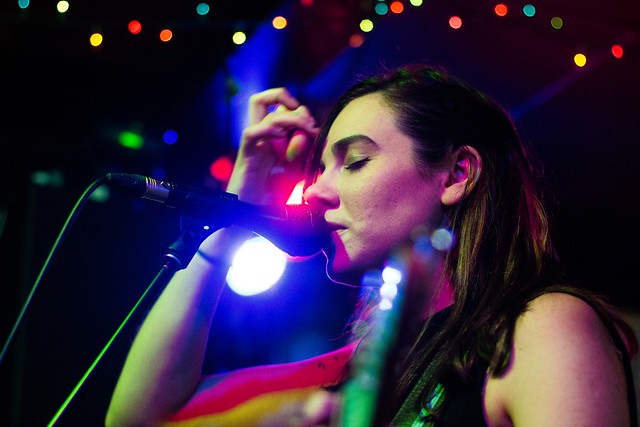 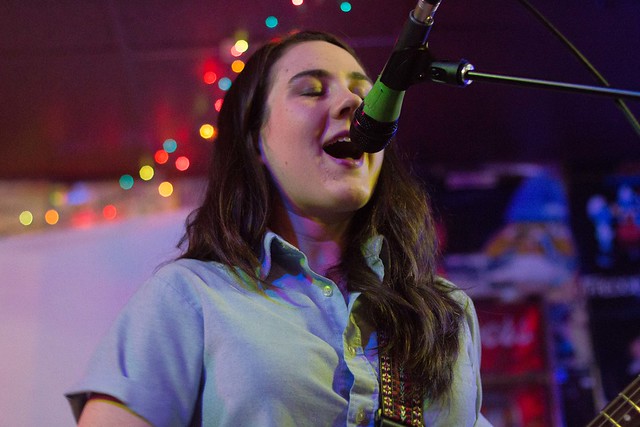 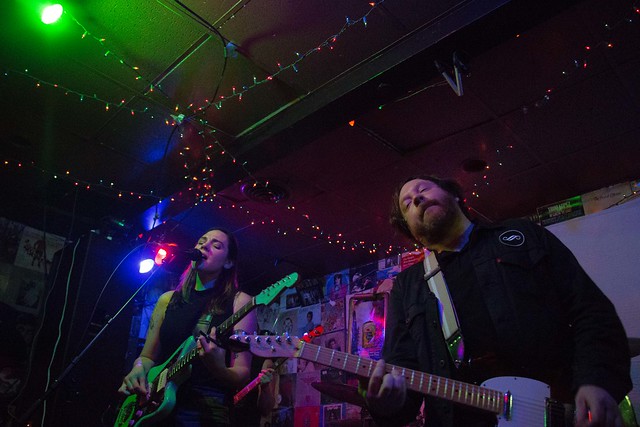 An intimate relationship of any kind can bring the joy and comfort of knowing another person so deeply. That vulnerability can also lead to conflict, as Omaha musician Bach Mai explores in a new video.

Mai releases that video for the haunting, vocally-driven song “I Had A Home” today. The video, which was produced with Ben Matukewicz, begins with a female character with blood on her hands. It shows her and her presumed partner working to physically mend each other’s hearts before breaking into a verbal argument — one that progresses to violence.

“This piece comes from the perspective of a friend of mine,” writes Mai. “With love, there is pain, happiness, comfort, belonging, trust, sadness, and faith. All of these things, and more, accumulate to the most intimate and vulnerable parts of being human. But there is a line that is sometimes crossed. This song is about emotion and the right we have to feel what we have to feel, but the consequences of using [those feelings] irresponsibly.”

Lincoln southern rock band Warbonnet has been relatively quiet since February, when it released two singles which would form the beginning of a forthcoming LP. Well, it’s here just in time for the end of the year.

Warbonnet has released that album, a self-titled full-length which includes both of those tracks, “NC Shorty” and “Amphetamine.” The announcement came this morning via Lincoln-based independent label Tremulant Records, which released the new record. The four-piece band joins a Tremulant roster that includes Daniel Christian, Magma Melodier and Wendy Jane Bantam.

There is no word yet on upcoming shows, but the album is available through Tremulant Records here and anywhere else you can find music. Have a first listen below:

Tonight, blét and Better Friend play Duffy’s Tavern, 1412 O St, for Dad’s $1 beer night. Admission is by donation as usual, but this time, all funds collected will be donated to support the Dakota Access Pipeline protesters at Standing Rock Reservation in North Dakota. Cheap beer and, more importantly, your donation dollars show support for a cultural and environmental cause. 10 p.m. show, 21-plus. RSVP here.

Around the corner, Josh Hoyer & Soul Colossal play a free show at Zoo Bar, 136 N 14th St. While the Lincoln soul band spent much of the year on the road, this show is part of a string that winds down its schedule at home. According to the band’s Facebook page, the concert is being taped for a national television show. When asked, Hoyer told HN he could report nothing more. Head down 6 p.m. for free gumbo and to see what all the fuss is about. 7 p.m. show, 21-plus, RSVP here.

Send all news tips, story ideas and shows to news@hearnebraska.org.