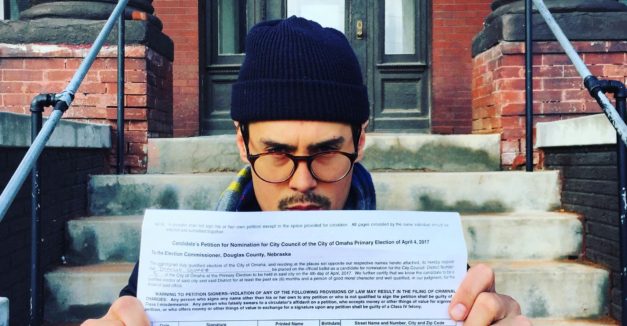 Omaha resident Brenton Gomez drives near the intersection of 36th and Dodge on a blustery Wednesday afternoon, heading toward one of his potential constituents’ residences to collect one of 100 required signatures to land on April’s primary ballot. He talks excitedly through the phone about his impending city council run, which he first announced Tuesday via Instagram video.

A resident of Omaha’s 3rd District for more than 10 years — more recently in the Gifford Park neighborhood — Gomez says he feels connected to the community in a unique way, and could bring “fresh new blood and a new perspective” to the table.

“I’m well traveled,” he says confidently. “I’ve walked these streets. I’ve rode the bus through it for years. I feel like I know what people on the ground here think.”

Gomez, known to the Nebraska music community as rapper Conny Franko, would end up 12 signatures shy, after the Douglas County approved 88 of 120 signees. But that hasn’t deterred his aspirations for a political career. The following day, he told HN he plans to push for write in candidacy for Omaha’s District Three, after first announcing his run Tuesday evening via Instagram video.

Not ideal, he says, but it’s the available option.

“I’m going to invest my time meeting and speaking with people in my district to hear their wants and needs,” Gomez says.

Brenton Gomez, aka Conny Franko, submits candidacy for Omaha’s District Three city council seat; he was 12 signatures short of the required 100 to be placed on April’s primary ballot | courtesy of Brenton Gomez

In terms of platform, Gomez plans to focus on neighborhood revitalization, education, waste management and recycling and, of course, arts and culture. Specifically, he wants to engage and involve his district’s established residents and businesses where redevelopment efforts are proposed by incoming businesses or firms.

“Without the proper protection and respect for pre-existing communities, the more disenfranchised people we will have,” Gomez says. “I look to ensuring that respect while promoting development that benefits all individuals whom are affected by it.”

Gomez’s primary concern involves city administrative spending, which he believes happens largely outside the public eye. He aims to bring more transparency to the position, and says he would be forthright about how tax dollars are being used.

“I started looking through agendas, starting to see there’s a lot of money being pushed around the city and a lot of things handled by city council that people don’t know about,” he says.

Gomez, 29, says he decide to run about a month ago, not long after his graduation from the University of Nebraska at Omaha with a degree in International Business. A self-described progressive, he is a close follower of politics and a devout NPR listener. A student of his hip-hop work might note the social and political messages in his lyrics.

Yet it was during a recent trip to Juarez, Mexico, where he kicked it with friend producer Sm Grims (with whom he made Aug 2016 release La Maga) that his interests turned to aspirations. Grims was deported roughly six years ago, and Gomez notes many of his friends may face similar fates. It’s this lived experience that Gomez feels gives him an edge.

His competition includes two-term incumbent councilperson Chris Jerram. A Creighton Law School graduate, Jerram has practiced law in Omaha for the past 20 years while also serving on the Board of Directors of the Governor’s Council to Keep Nebraska Beautiful and as chairman of the Omaha Zoning Board of Appeals. Jerram was elected to the city council in 2009 and 2013.

Gomez acknowledges his inexperience relative to the seat’s incumbent. But in running, he hopes to inspire others to take control of local politics so they may affect change.

And if he wins?

“I’m gonna learn as I go and do what I can for the people that know the cracks in the sidewalk and the bus lines that run in the district,” he says.

Are you a Nebraska musician running for elected office? Let us know by emailing news@hearnebraska.org.

For the past two years, Benson First Friday Femme Fest has celebrated the Nebraska music community’s women musicians and bands, shedding the spotlight on so many talented artists.

The Omaha festival has announced its third-annual extravaganza will return to the Benson neighborhood Friday, September 1. Submissions are now open to bands that feature at least one woman musician.

Festival organizers — the trio of Rebecca Lowry, Molly Welsch and Emily Cox — have also expanded the festival to feature a Lincoln date at 1867 Bar on Friday, June 2. Lowry says the expansion comes both at the request of Lincoln scenesters and in the wake of closings by Pizza Shoppe Collective and Soundcheck Rehearsal Studios, both of which were part of last year’s festival.

“In gaining a second smaller event, we’re both showing support to our sister scene, and retaining those numbers,” Lowry says. “Emily, Molly, and I love the camaraderie and community that has been built by being as inclusive as possible.

She added: “Partnering with Kelsey Graves at 1867 Bar helps us fulfill that part of our mission that wants to celebrate all women in music, be they performers, producers, or planners.’

To celebrate the open submissions, Femme Fest has also announced a partnership with Alamo Drafthouse for the theater’s national Colossal Women film series. Femme Fest has booked five acts to play prior to each of the five nights, which feature “strong actresses, storylines, writers, and/or directors.”

“We’re just so damned excited, really,” Lowry says. “This gives us the ability to try to reach deeper into Nebraska’s music scene and hopefully draw everyone out who hasn’t been able to participate previously … and to introduce newer acts to scenes they’re not typically in front of.”

Submissions for Benson First Friday Femme Fest can be made throughout the month of March by emailing bfffemmefest@gmail.com with the subject line “BFFFF2017 Band Submission,” and your desire to play and a list of the femmes in your project.

Find the schedule for Alamo Drafthouse’s “Colossal Women” series below:

If hunger is a form of prayer, as vocalist Chelsea Balzer posits in Omaha electronic duo Vital Organ’s “Guilt and Pleasure,” giving in to the title’s latter impulse is its satiation.

As she writhes on the ground in the song’s new accompanying video, “Guilt and Pleasure” begs its listener to liberate themselves. Balzer intimately explores sexual shame and its thwarting by spirituality, ultimately deeming it an act of love to shed that stigma. Matt Walker’s production bolsters the track’s darkly seductive feel.

“We wanted to create a character in the video that’s a bit of a grown-up Cinderella who has been cast out and is all alone in this weird, detached environment. Jaime’s incredible work with the color helped us accomplish that. At the same time, she feels like a mystical guide, so we wanted to incorporate religious symbolism which we used the light and movement to evoke. We tried to hit on that dissonance between the sacred and the profane. We wanted sex and prayer to play together.”

“Guilt and Pleasure” appears on Vital Organs’ debut album This Hysterical Hunger, available now on Spotify, iTunes and Google Play. Watch the video — the first of three from the album — below: 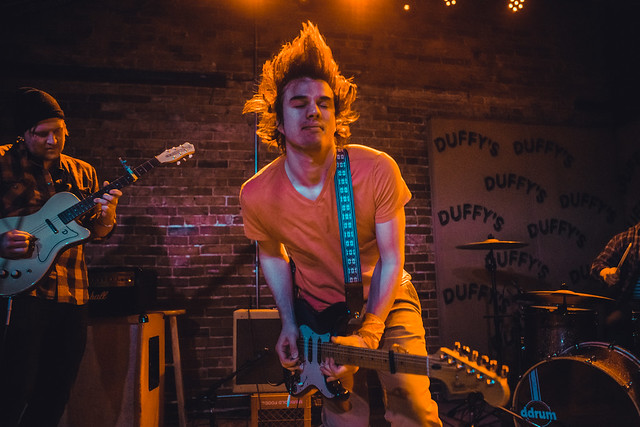 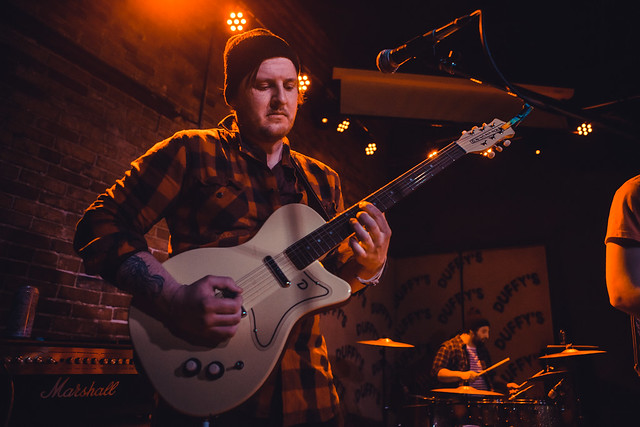 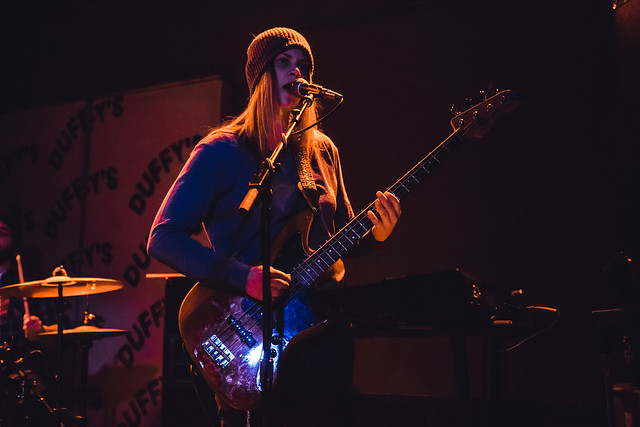 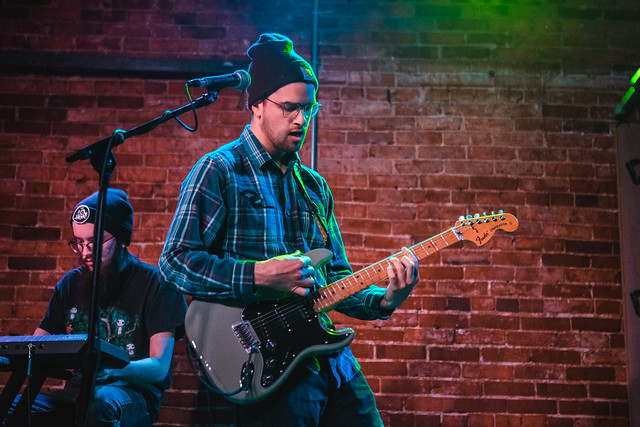 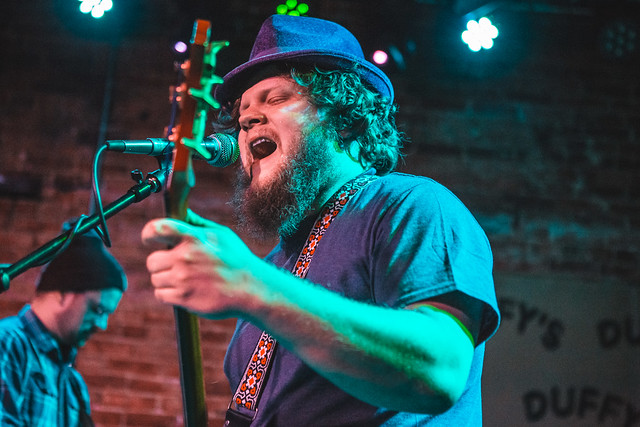 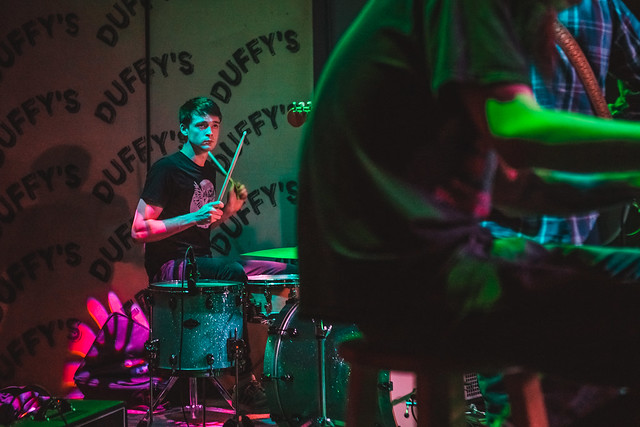