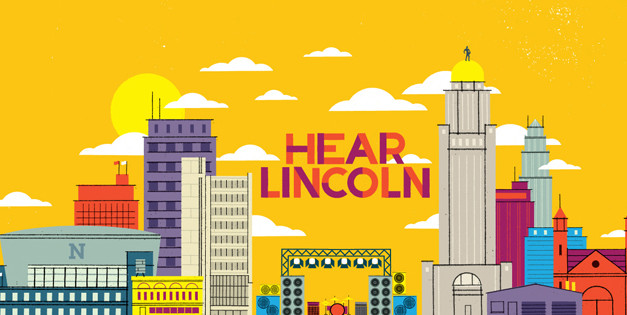 For music fans in Lincoln, we’ll help you set your lunch-hour plans for summer Fridays. We are pleased to announce the fourth annual Hear Lincoln series, presented in conjunction with the Cooper Foundation and Lincoln Chamber of Commerce.

This year, the concert series has been moved down the street from its Wells Fargo building location to the Lincoln Community Foundation Tower Square at 13th and P Streets. Every Friday from June 5 to August 14 at the series will showcase 10 different diverse local acts across genres, including hard rock, jazz, folk and pop. Performances begin at noon, and are free to attend.

Hear Lincoln has grown steadily in popularity over the last few years, becoming a Friday destination for those looking to get out of the office and into the fresh air. And with a plenitude of food options in the surrounding area, it makes for a great lunch break.

Check out the complete schedule below:

Credits: Art and design by Eric Nyffeler (Doe Eyed) and animation and video by Caleb Coppock.

Not only are Lincoln pop punks No Tide gaining steam in Nebraska — with a new LP on the way and an ensuing tour – they have begun to garner attention in other scenes, as well.

In three separate videos posted to the blog’s website, Conner performs raw, intimate versions of three No Tide songs, including “Sunday Morning,” “Where We Went Wrong” and “Rose Tinted Glasses.” Visit Punks In Vegas here to view the clips. 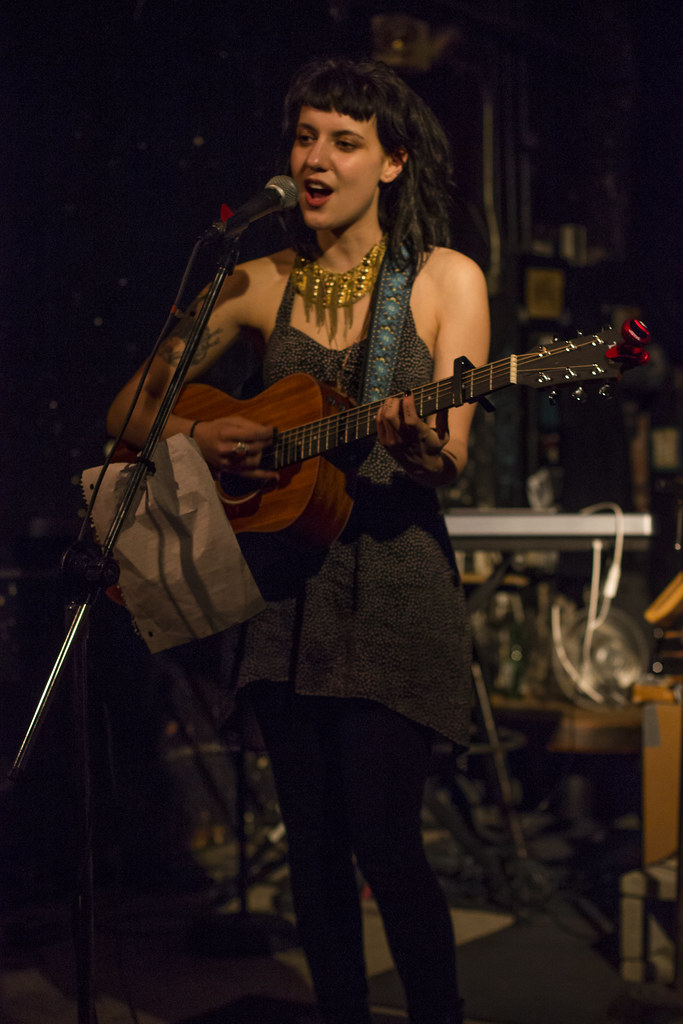 The weekend calendar is jam-packed. Congratulations to those of you who are graduating. Drag visiting relatives to a show. Let’s make a quick zip around the highlights:

Tonight, Edinburgh-based hip-hop trio Young Fathers stops at Vega on tour for their newest album White Men Are Black Men Too. The group won the 2014 Mercury Prize, awarded annually for best album in the UK and Ireland. To our knowledge, this marks the first visit to Lincoln for a Mercury Prize winner. Playing in support are Montreal, Quebec’s Mas Ysa, Omaha’s M34n Str33t and BOTH. Tickets are $12. RSVP here.

In Omaha, Dominique Morgan celebrates the release of his new Loveahaulics Anonymous: Welcome To Rehab EP with a show at Barley Street Tavern. The release show, originally booked at 402 Arts Collective for April 24, underwent a venue change after a disagreement between Morgan and the venue, which you can read about here. Joining Morgan are JUS.B, R0Y0, Karterboy, Shook On3, Jazz Simone and DJ Tay Brown. Tickets are $5. RSVP here.

Outlaw Con Bandana plays O’Leaver’s with Andrew Berkley and Church of Gravitron. We published a Q&A with frontman Brendan Hagberg in December — found here — in which he discusses performance anxiety and songwriting as a professional career. Entry to the show is $5. RSVP here.

Tomorrow night, AZP releases their new Red Moon EP at Vega, joined on a funk-and-soul heavy lineup with A Ferocious Jungle Cat and Josh Hoyer and the Shadowboxers. We published a feature of the Lincoln band yesterday to preview the release, which included a live, in-studio performance and interview on HNFM, as well as photos from their recording sessions at The Grid studios in Lincoln. Check it out here. Tickets to the 9 p.m., 18+ show are $8 today, $10 tomorrow. RSVP here.

Visit our events page here for a full listing of shows. Let us know where you plan to attend this weekend by hitting us up on Twitter or Instagram (@hearnebraska), or post in the comments. As always, if you do not see your show or one you plan to attend, email us at news@hearnebraska.org or feel free to add it to our calendar by using the “Contribute” button at the top of our homepage.
One last thing: we are always on the hunt for story ideas or information. Please feel free to email news@hearnebraska.org with any news tips, leads or events. See you out there.