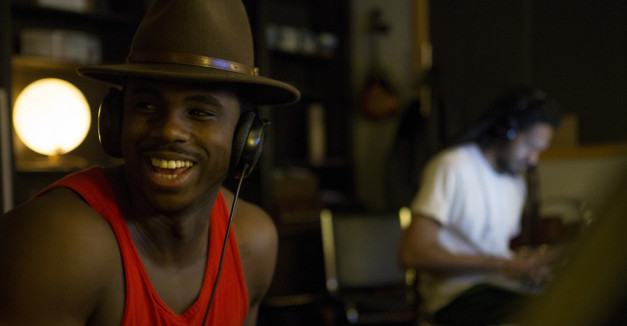 When AZP was last on this program, its new EP, Red Moon, was just a few sonic ideas and an image out of a nighttime car window.

Inspired by a beautiful lunar skyscape on the way back from SXSW 2013, AZP’s Zachary Watkins and Ishma Valenti say they were captivated by a beautiful moon and a certain traveler’s unity — wherever you are, they said, it’s the same moon guiding you home.

So maybe the fact that the celestial body in the album title turned from Full Moon to Red Moon during the album’s making says something about those homes. We may always be beckoned back to them, but with them can come injustice, discord and struggle.

The five songs on AZP’s new EP are in some ways a natural extension of the spiritual and political hip-hop soul and rock they’ve offered before. But with the production and engineering help of Philip Zach at Lincoln’s Grid Studio, the new album trades some of its predecessor’s reverence and scope for gritted teeth and self-reliance. And sonically, exchanging some of its gospel piano rock for fuzzed out guitar and some zig-zagging lyrical interludes.

That’s to say, if 2013’s Early Sunday Morning, took the listener to church — to the moments of absolution after the storm — Red Moon leads us back into the woods. The band apparently has just as much to discover about itself in the dark.

You can see AZP this Saturday May 9 (RSVP here) at their release show at Vega. Here’s the band’s live set and interview from Hear Nebraska FM earlier this week:

Now, take a glimpse inside the album recording process with JP Davis’ two days of photos from The Grid. 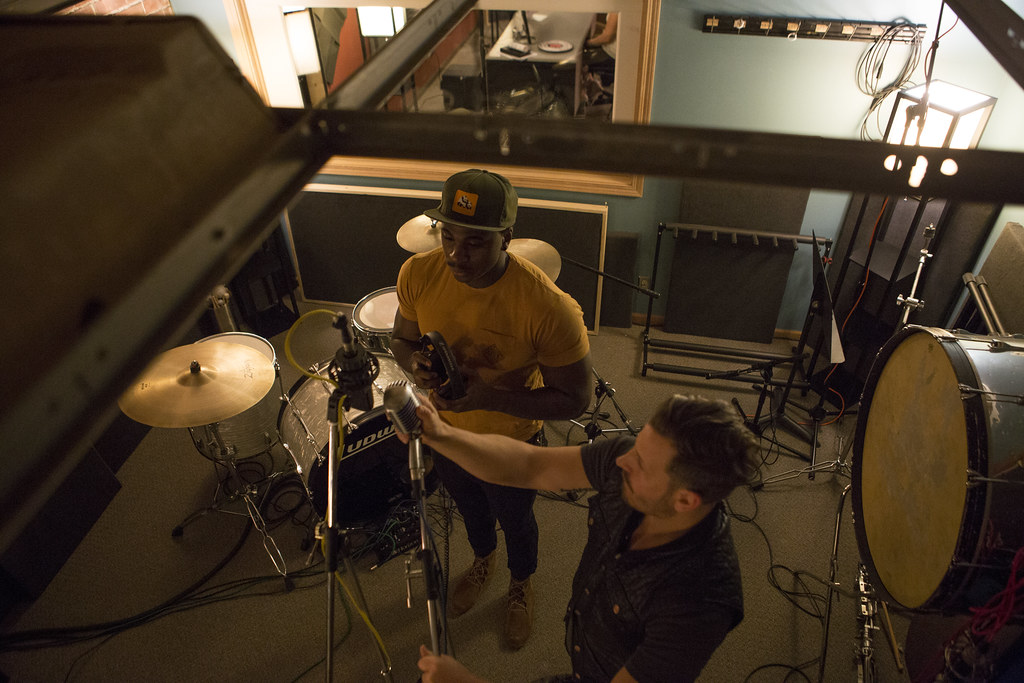 Philip Zach, Executive Producer at The Grid Studio, adjusts AZP singer, Zach Watkins’s microphone during his vocal tracking. Many different techniques were tried during the tracking process, including running the vocals through a guitar amp and scattering multiple recording mics throughout the room. 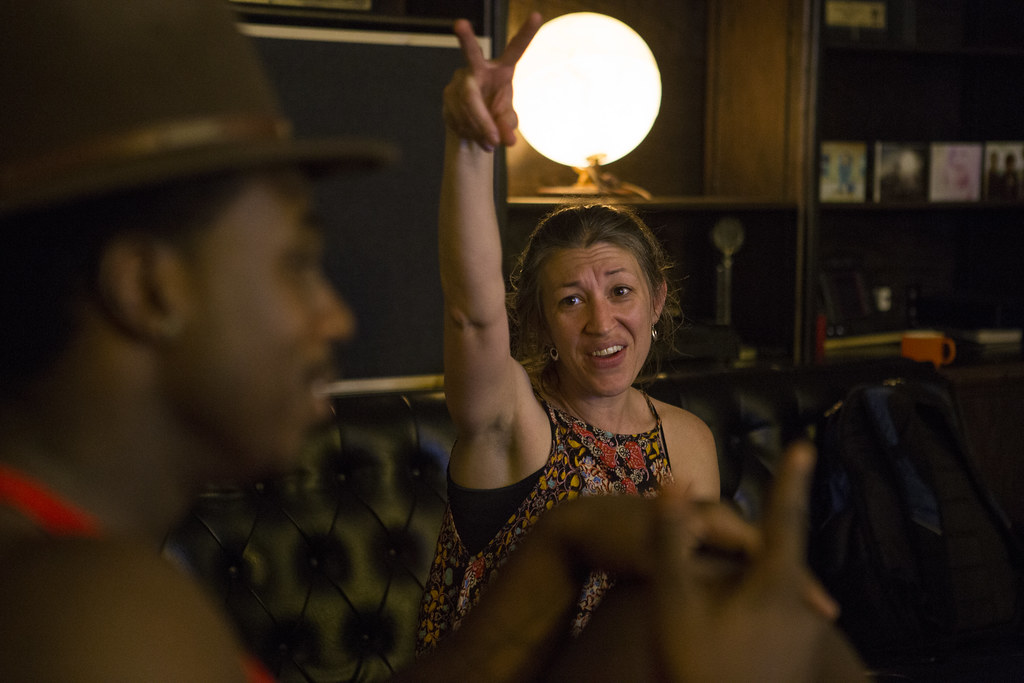 Emily Bass, vocalist of The Emily Bass Project, reviews a newly recorded vocal track with AZP’s Watkins. Bass is featured multiple times on the new album, singing backing “oohs” and “aahs” reminiscent of Dark Side of The Moon. 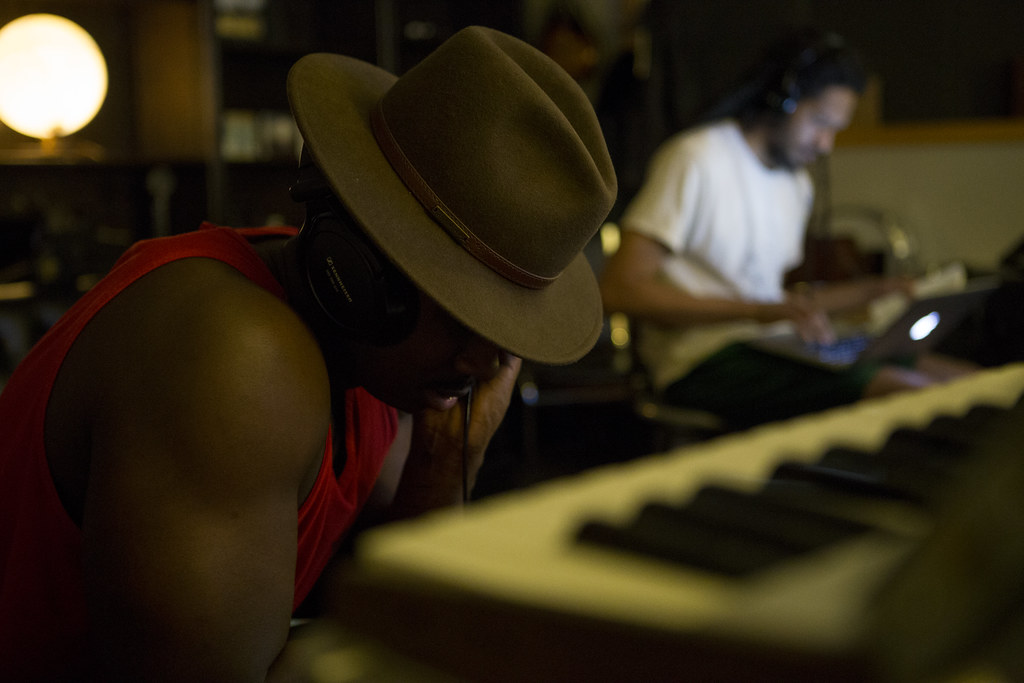 Zach Watkins listens to a freshly tracked vocal run by himself and guest vocalist Emily Bass. 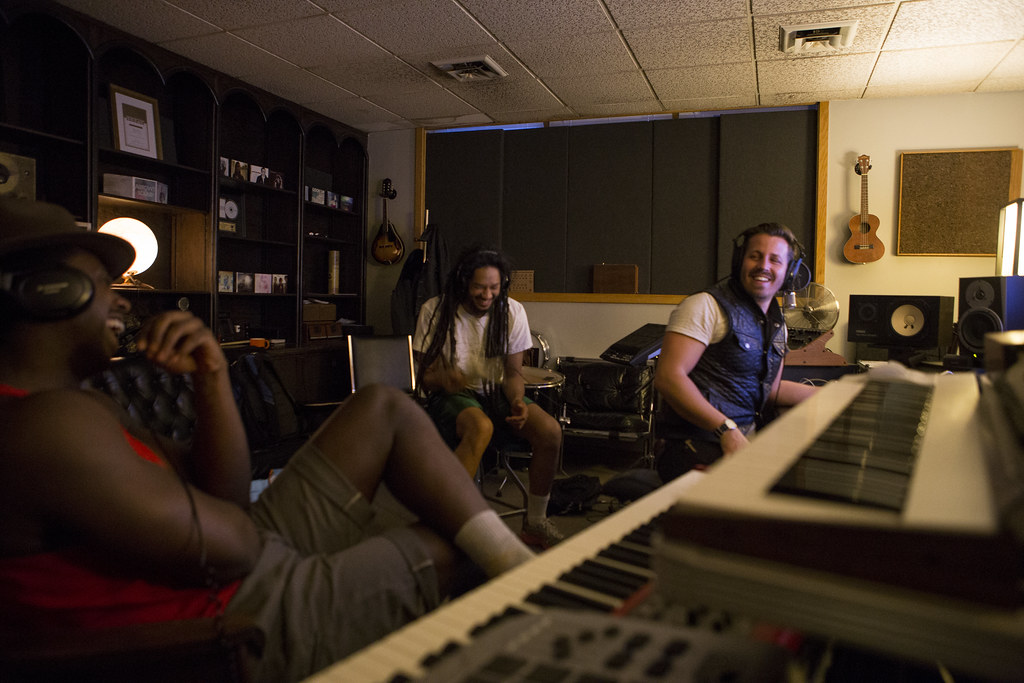 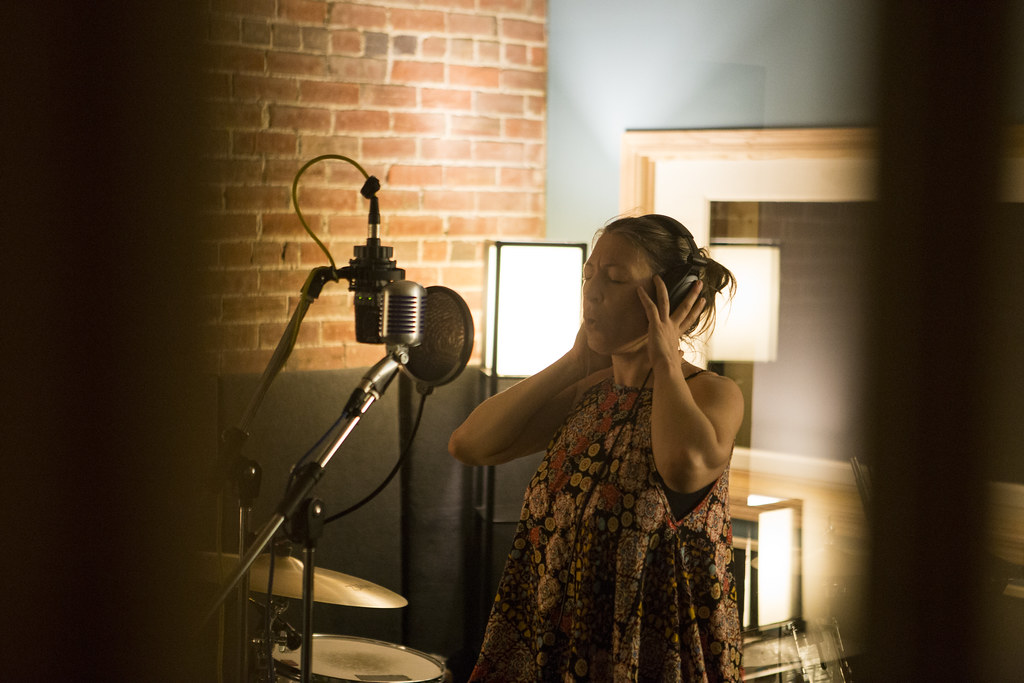 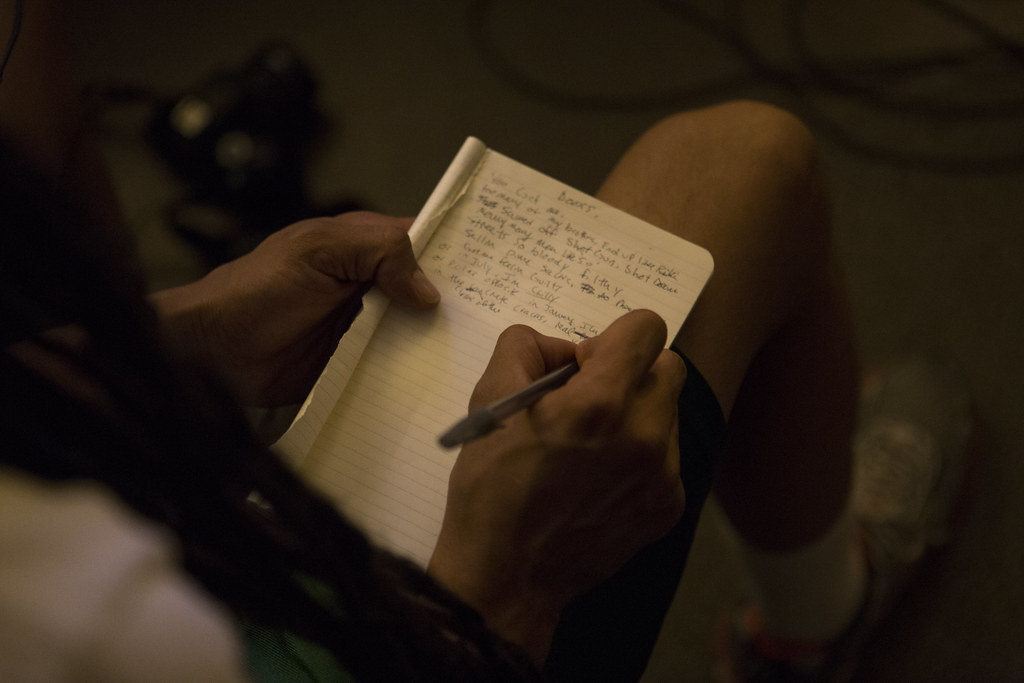 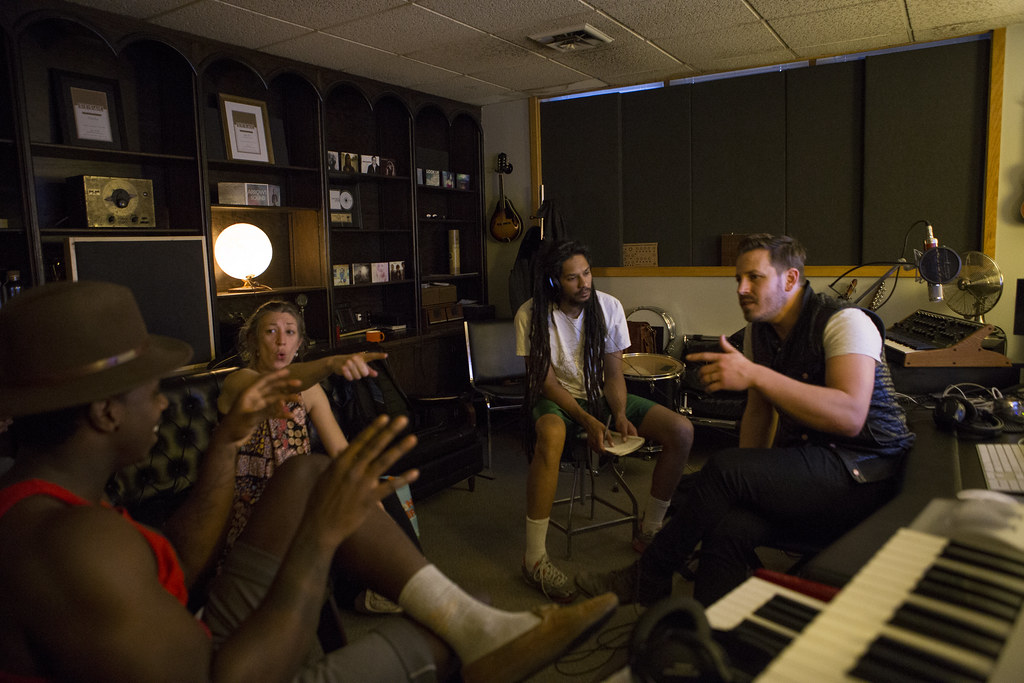 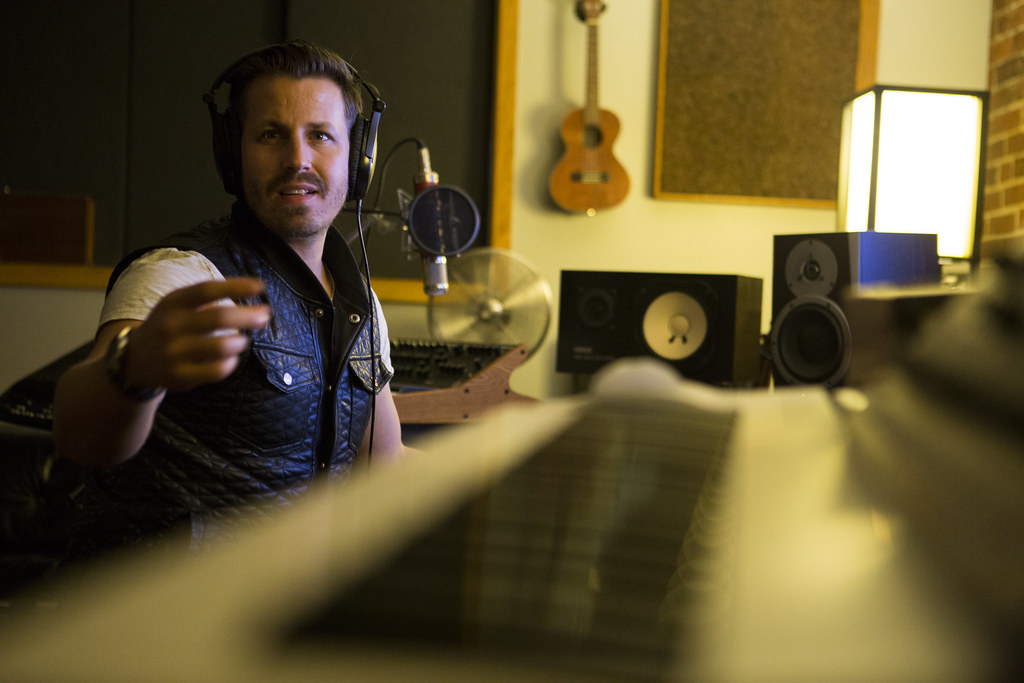 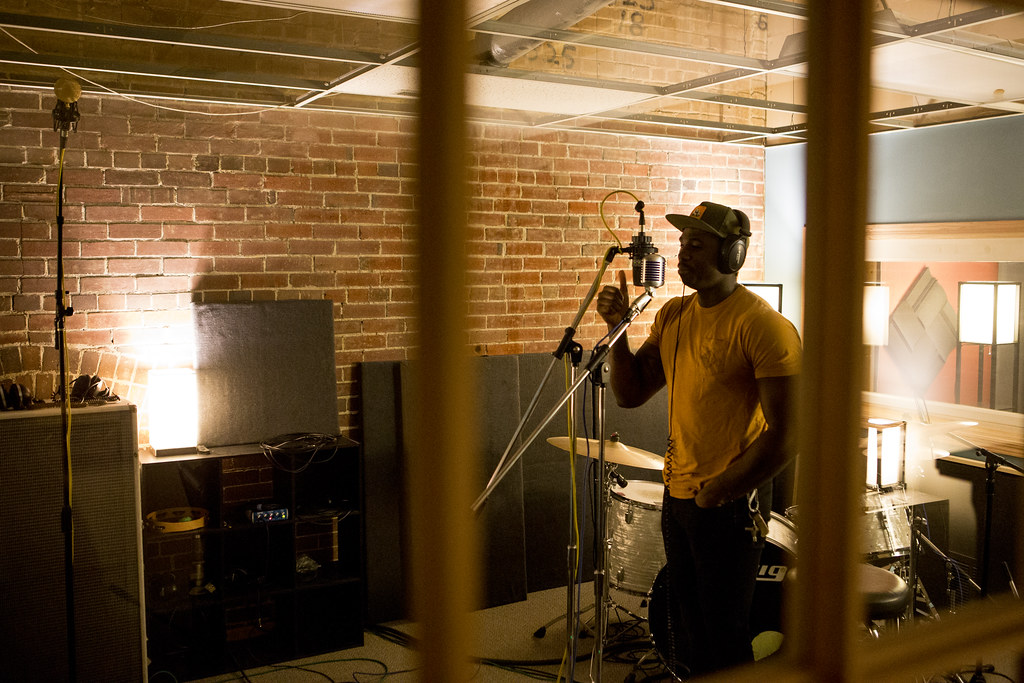 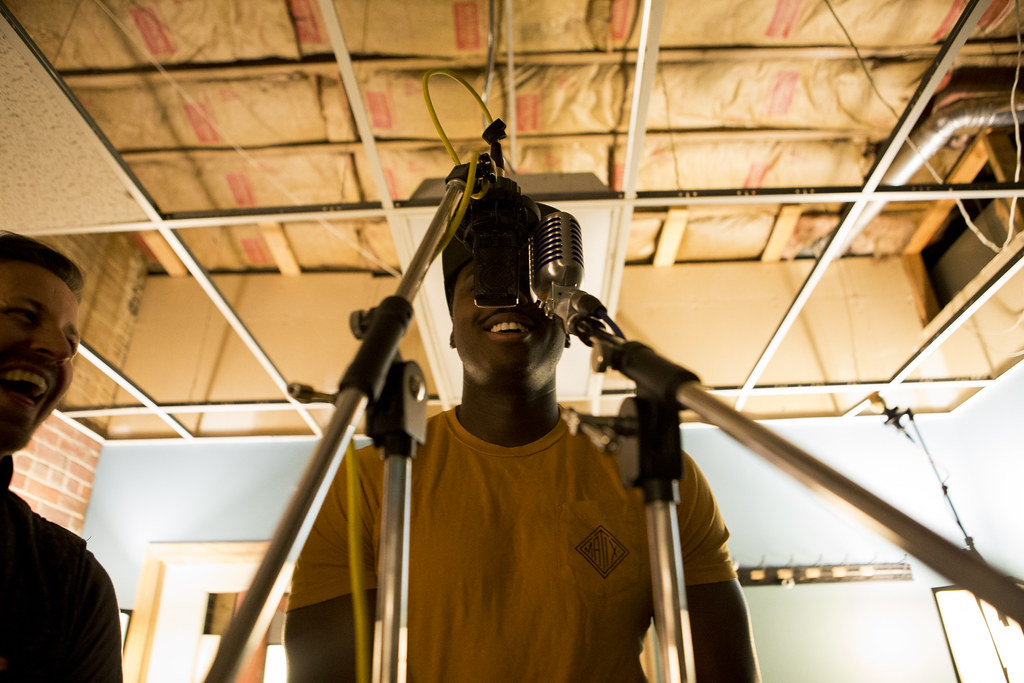