The Zoo Bar has announced the lineup for the 2015 Zoo Fest, one that will feature a legendary New Orleans vocalist and a few of Nebraska’s biggest soul and roots acts.

Irma Thomas, dubbed “The Soul Queen of New Orleans,” will perform Friday, July 10, followed by Josh Hoyer and the Shadowboxers, as part of a Friday night one-two punch headliner. AZP will headline the following evening, which also includes performances by Lincoln’s The Bottle Tops, Tijuana Gigolos and Kris Lager Band.

Thomas is considered a contemporary of canonical American singers Aretha Franklin and Etta James, enjoying a career spanning more than 50 years. Perhaps surprisingly, she only recently won her first Grammy in 2007, earning Best Contemporary Blues Album for After The Rain.

The bar’s 42nd anniversary celebration begins July 6 inside at the Zoo Bar, and runs all week leading up to the outdoor festival. The entire outdoor lineup for Zoo Fest 2015 is listed below. Tickets are $12 in advance, $15 on Friday of the festival, and will be available at the Zoo Bar, O’Rourke’s Tavern, Sportscaster’s Bar & Grill, and etx.com. Visit the Zoo Bar website for more details.

In continued promotion of their forthcoming album, Mask, Icky Blossoms has premiered a new music video for “In Folds.”

The opening seconds of the video, released via Noisey, show a group of kidnappers transporting vocalist Sarah Bohling via van to a dimly-lit basement. The ensuing club scene is pretty gruesome, a la Wes Craven. Check out the video here.

A few months ago, Lincoln High School student Zac Clubb was injured in a car accident at the nearby McDonald’s, shattering his pelvis and inflicting severe internal injuries. Fellow students in the young Lincoln rock band Big Red Rejects are coming to his aid.

The Academy of Rock-spawned quartet — comprising drummer Seth Beem, guitarist and vocalist Will Gades, bassist Skyler Green and guitarist and vocalist Cole Kempcke — will host a benefit concert Saturday at The Bay, Lincoln’s non-profit indoor skate park. The boys have planned the event themselves, petitioning donors, organizing a silent auction and booking the bands. It’s all to raise money to help Clubb’s family with medical expenses resulting from the accident.

The young band  is no stranger to the local circuit, having played venues such as Knickerbockers, The Bourbon, and Duffy’s Tavern, among others. They have also played for causes such as Kamp Out For Kids and Bands Against Bullying, organized through the Academy of Rock, where they originally met and formed. Academy of Rock is a non-profit contemporary rock music program which offers music lessons to kids of all ages, and provides them the opportunity to match up and form bands.

“At first, [performing was] kind of nerve-wracking but now we’re used to it I think,” Gades says via email. “Just something we can do easily.”

Veteran Lincoln punk rock band Once A Pawn will join them on the bill. Gades explains that he saw the group play at Stransky Park a couple of years ago and really looked up to them. In the midst of planning the benefit, he happened to run into drummer C. Balta at Screen Ink. He brought up the show and asked if they would be willing to play. A week later, the band agreed.

“I figured that Once a Pawn would do it, but I wasn’t sure…and it was really satisfying to find that they were available to play and that they wanted to support us,” Gades says.

Rounding out the bill are local bands Down in Circles and Letterbomb. The benefit concert begins at 3 p.m. Saturday. Admission will be a suggested free will donation with gift packages and baskets available during a silent auction. Silent auction items include an electric guitar with amp from Roots Music; a month of lessons and a guitar package from Academy of Rock; and tickets from The Bourbon, along with many passes and certificates for local activities and restaurants. RSVP here.

The Sheldon Museum of Art hosted part two of its Sheldon Spring Performance series Thursday evening, this time inside the gallery. Below are photos from HN contributor James Dean of Jacoby, I Forgot To Love My Father, Mesonjixx and Churls. 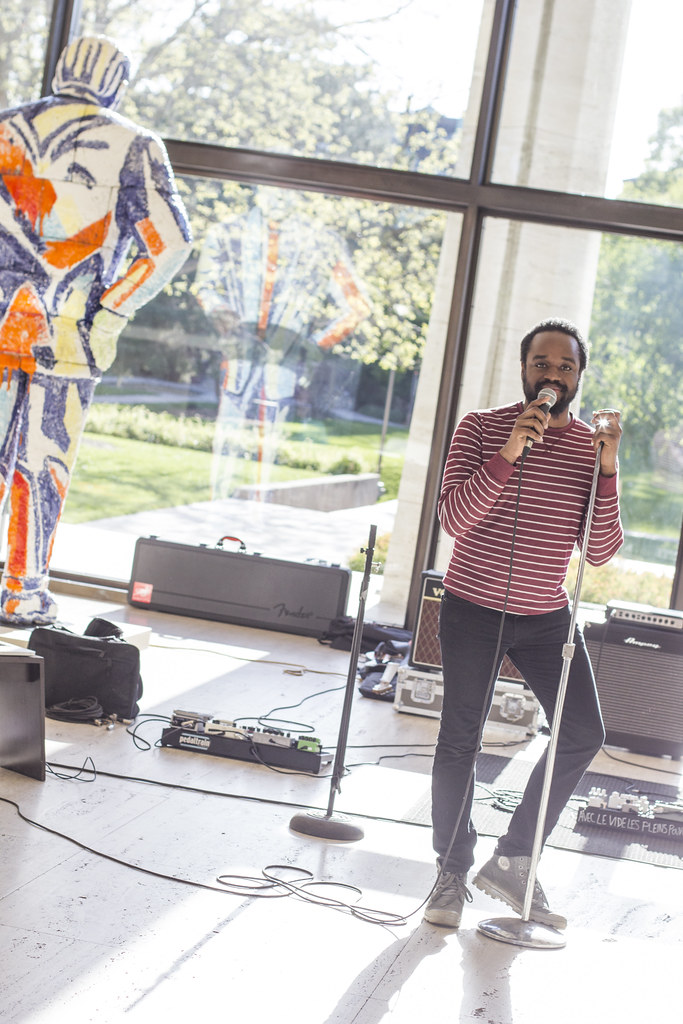 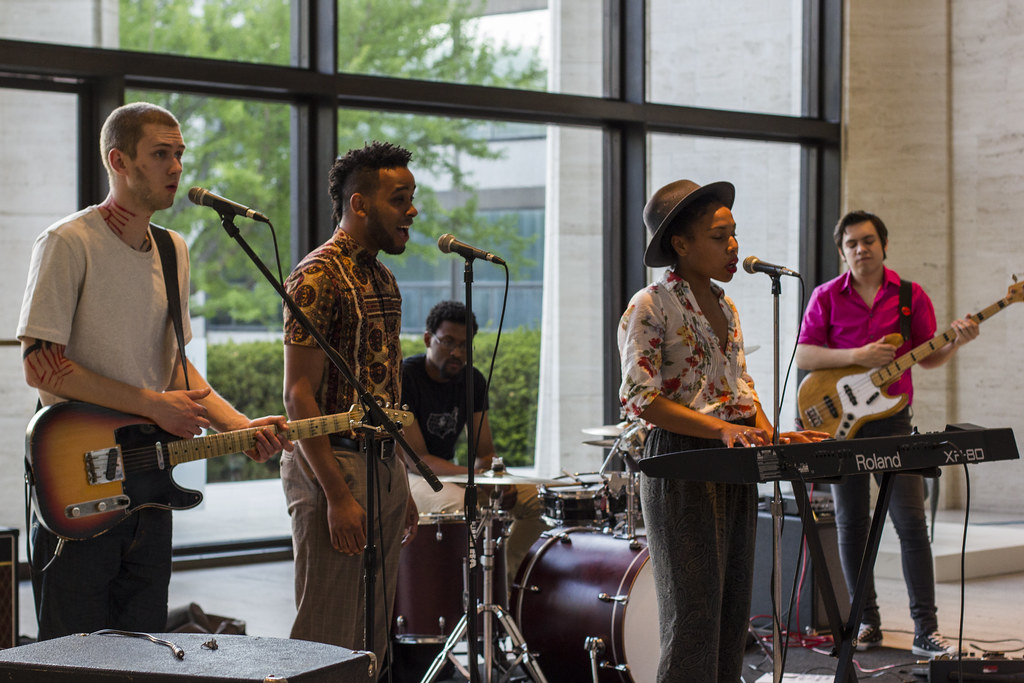 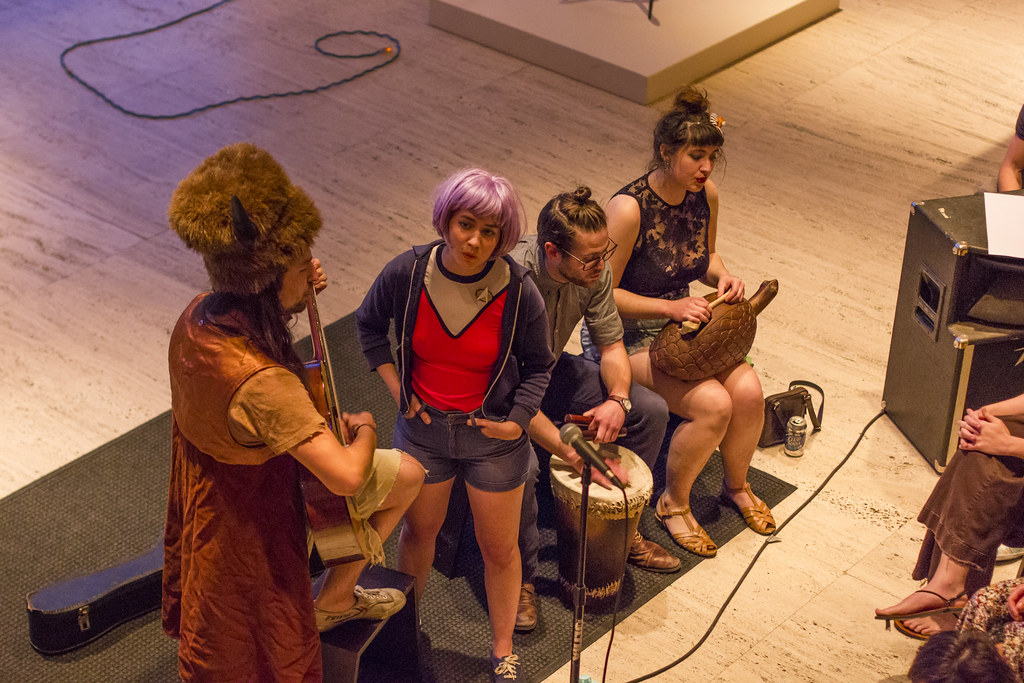 One last call for applications for Hear Nebraska summer internships, which are due by the end of the day today. We aim to bring on at least one multimedia intern and one editorial intern in both Omaha and Lincoln shortly thereafter. Interns will be on the ground floor to help promote Nebraska music, and have the opportunity to produce creative, self-guided projects. Visit the internships webpage for more information and to fill out the application.

Concertgoers should have no problem finding a show this weekend, as the slate is jam-packed.

John Klemmensen and the Party releases its new album, Party All Night, tonight at Reverb Lounge with Little Brazil and Bonzo Madrid. Tickets are $8 for the 9 p.m. show. Earlier in the week, our podcast team reviewed Party All Night, which can be heard below.

As we mentioned yesterday, M34n Str33t celebrates the one-year anniversary of its debut album, Mutants of Omaha, tonight at Slowdown. Supporting will be Calm Fur, Timecat, and INFNTLP. Tickets are $8 for the 9 p.m. show.

For a full listing of shows, visit our events calendar. We’d love to hear where you are attending this weekend. Hit us up via Twitter (@hearnebraska) and Instagram (hearnebraska), or let us know in the comments.