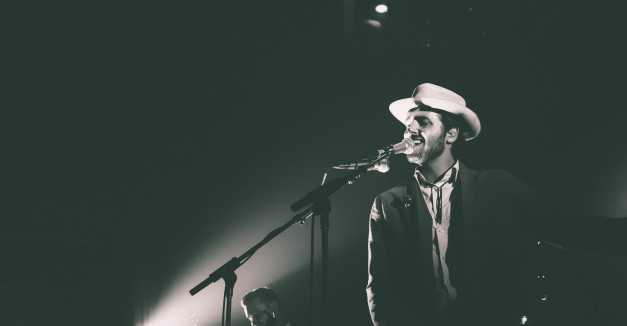 If you’re on the lookout for Nebraska bands at festivals this year, the list so far includes Conor Oberst at Governor’s Ball, Desaparecidos at a few this summer and now The Wildwoods at Wakarusa in Arkansas’ Ozark Mountains.

Through a series of competitions, Lincoln-based Americana act The Wildwoods secured a spot on the Revival stage. Each year, the electronic, roots and bluegrass festival, which takes place June 4-7, hosts its Waka Winter Classic all over the country. In 20 cities this year, the showcases asked five local bands to perform.

In December, The Wildwoods played The Bourbon alongside Stonebelly, Ro Hempel Band, Dirty River Ramblers and Gabe Nelson w/Pants for Lincoln’s Waka Winter Classic. The Wildwoods won a spot on a smaller Wakarusa stage. Later, through an online voting competition with bands from around the country, The Wildwoods were selected to play the Revival stage.

Ben Harper, Major Lazer, The Roots and STS9 are a few of Wakarusa’s top-billed acts. Tickets for the camping festival begin at $194. Buy yours here.

In 2012-13, Los Angeles atmospheric folk act Lord Huron rose quickly in indie music circles for its sweet and mystic disposition. On the strength of its debut album, Lonesome Dreams, Lord Huron toured through Omaha in summer 2013, bringing the foggy and driving lullabies to Slowdown.

With its new album Strange Trails dropping yesterday on IAMSOUNDS Records, Lord Huron also announced it’ll be back through Slowdown on August 3rd. Tickets are $20 and go sale this Friday. Buy here.

For its part, Strange Trails sounds like a pleasant follow-up for devotees, still chock full of chordy melodies, percussive breakdowns and a further occultifying of Huron’s cowboy aesthetic.

Listen to our 2013 with frontman/songwriter Ben Schneider here:

Delta Spirit will return to Omaha on June 22 to play at The Waiting Room. The Los Angeles-based blues-rock band has made Omaha a regular tour stop for the last six years. The band most recently played The Waiting Room in October. 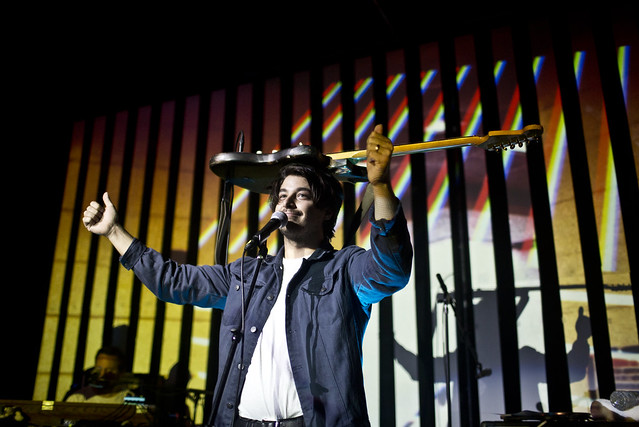 Delta Spirit released Into the Wide, its fourth full-length, in September. The album departs somewhat from Delta Spirit’s Americana roots into a space more atmospheric, soulful and, at times, psychedelic.

Tonight, Polipnick plays with his newest trio, which has had a residency at Harney Street Tavern in Omaha for about a year. The players are John Evans on drums and Max Stehr on bass.

RSVP here and be on the lookout for more details on Polipnick’s ambitions moving to New York.

Father John Misty plays Omaha show at Sokol Auditorium tonight. Josh Tillman’s carefully crafted stage persona is on tour for the release of its critically-acclaimed sophomore album I Love You, Honeybear. The show was originally schedule for The Waiting Room but moved to Sokol for a larger capacity. Get tickets here. Yesterday, we published a reflection on Father John Misty’s new album and crafting the image of the American musician. Managing editor Chance Solem-Pfeifer writes:

“You’d need to look to a force like ‘Community,’ peaking some time in its second season, to find this much substance in art so terminally aware of structuralism and publicity machines. There’s some wing-spreading to be done in 2012’s ‘Fear Fun’, with its mythic ass-kicking and pelvic swinging despite the feeling that nothing is real. And some feather-ruffling to be exacted in ‘I Love You, Honeybear,’ with its sneers and side-eyeing chauvinists, cultural appropriations and know-it-alls. All of those, by the way, Father John Misty knows he touches, is or affects himself. ‘That’s how you live free: truly see and be seen,’ lands the final jump of the new song ‘When You’re Smiling and Astride Me.’”