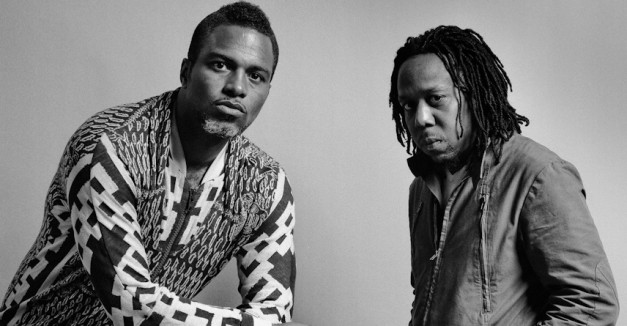 Before we get to the weekend’s many shows, Love Drunk premiered its newest live, one-take video yesterday for Orenda Fink’s “Holy, Holy.”

It’s a warm video for a peaceful, ambient song, shot in Fink’s glowing backyard with singers Pearl Boyd, Christine Fink and Genie Vredenburg and guitarist Greg Elsasser. Watch it below, and read a few words about the video here.

The Elders, of Kansas City, play at Vega tonight at 9 p.m. The Irish-American folk band has been active since 1998, releasing six studio albums and gaining world-wide notoriety. RSVP here.

Matt Banta Band and Brad Hoshaw are convening at O’Leaver’s tonight in Omaha for an evening of folk music for $5. RSVP here.

No Cigar, of Billings, Mont., John Klemmensen and the Party and Mushmouth play the Sydney in Omaha tonight. RSVP here.

It wouldn’t feel right to come up on a weekend to find Josh Hoyer and the Shadowboxers weren’t playing somewhere. Tonight and tomorrow you can catch the Omaha Entertainment and Arts Award-nominated soul group at the Zoo Bar. Tonight, they’re with local funk band A Ferocious Jungle Cat. Tomorrow, the band plays both before and after the 7 p.m. Miami-Nebraska football game. RSVP to both days here.

Saturday, The Hideout in Omaha hosts benefit show for Kohen Wright, who was born prematurely in November. He was found to have a rare form of cancer called Neuroblastoma. Eponymous, The Bishops, Minor Decline, Dsm-5 and TenDead will all play tomorrow night. RSVP here.

Andrew WK plays Vega tomorrow night, for free, after the Nebraska-Miami game. It’s a fortunate turn of events after Good Speakers Fest — where he was originally booked to play this weekend — was cancelled. RSVP here.

For an eclectic and sonically odd billing, check out Heavy Glow, Producers of the Word and Huge Fucking Waves Sunday night at Duffy’s Tavern in Lincoln. RSVP here.

Experimental hip-hop group Shabazz Palaces plays Vega Sunday night, closing off a big week for the venue. It will have seen Andrew WK, Cerebral Ballzy, The Menzingers, Reptar and The Elders by the time frontman Palaceer Lazaro takes the stage. The show is $10. RSVP here.

If we missed others, please add them in the comments. Have a great weekend.