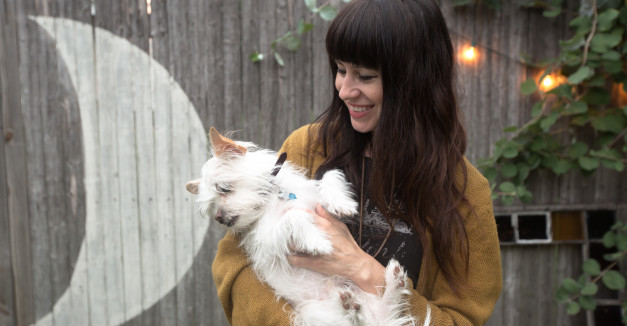 Studio reverb for chirping crickets is a fair trade.

As Omaha singer-songwriter Orenda Fink performs “Holy Holy” in the illuminated sanctum of her backyard, the fragility of her Blue Dream song is foregrounded. Now, the album, released last month on Saddle Creek, floats in a record-wide hypnotic production style, achieved at ARC Studios with producer Ben Brodin. But with only Fink’s undulating picking pattern, three singers and a second guitar, this “Holy Holy” arrives in lullaby form.

It’s a transposition that makes you realized Blue Dream was conceived on earth, even if its inspiration was largely unconscious.

Fink is currently touring the country in support of Blue Dream, and will arrive back in Omaha for a Slowdown show on Nov. 1.

Now, we would say “close your eyes and listen,” but you’ll want to see this:

recorded, mixed and edited by: