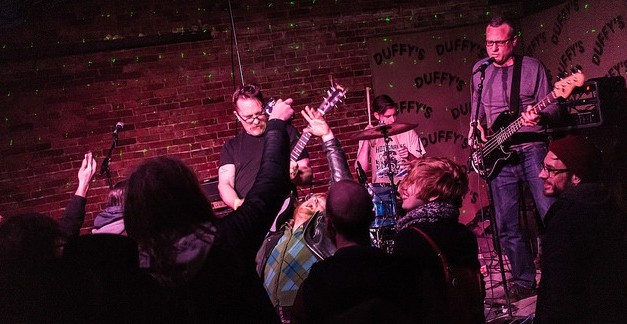 After touring cross country together for the better part of last year, one of Omaha’s most well-known rockers accompanies a legend to Greater Nebraska.

Whipkey has opened nearly 15 shows for Yoakam across the U.S., and raves about his travels. According to an interview with the Grand Island Independent, the two met in 2013 and hit it off immediately.

“He’s an American treasure,” Whipkey told the Independent. “The band and I have learned so much working with Dwight. The energy from his fans across America is amazing. It feeds our every performance from the first to final note.”

The show starts at 8 p.m. Tickets start at $57 and can be purchased here.

This weekend brings a ton of great local bills, a few new releases and a handful of touring acts. Here are a few below:

Eleanor Friedberger at Reverb Lounge – Friedberger has enjoyed a fruitful solo career in the five years since her former band, The Fiery Furnaces (in which she played with her brother Matthew), went on hiatus. New View is the singer/songwriter’s third album, released Jan 22 on Frenchkiss Records, and has received overall positive reviews from the likes of Pitchfork and A.V. Club. New York foursome Icewater opens the show. RSVP here.

Voivod with Vektor and Eight Bells at The Waiting Room – Canadian metal band Voivod has blended a mix of metal influences over the course of its three-decade-plus career, combining elements of progressive, thrash and speed metal. In all, it has produced 13 studio albums, 2013’s Target Earth being the most recent. After releasing a handful of singles last year and early this year, a fourteenth LP is in the works. RSVP here.

Raise The Roots Omaha fundraiser for Omaha Permaculture at the Waiting Room – singer songwriters Alain Hernandez, Matthew Cronin and Aly Peeler perform at Raise The Roots Omaha’s sustainable living community event. Omaha Permaculture is a group of local Permaculture designers who partner with the City of Omaha to manage and maintain many vacant lots and properties in the Metro. Throughout the evening, guests can visit interactive booths hosted by community partners: City Sprouts, The Big Garden, Big Brothers Big Sisters, The Nature Conservancy, VonRoenn Permaculture, the Nebraska  Farmers Union, the Sierra Club, Nebraskans for Solar, and UNO’s STEM program. Admission is $7. RSVP here.

See a fuller listing of this weekend’s shows at our statewide calendar here. If you do not see your show or one you plan to attend, let us know in the comments, email us at news@hearnebraska.org or add it yourself using the “Contribute” button at the top right corner of the site. See you out there!