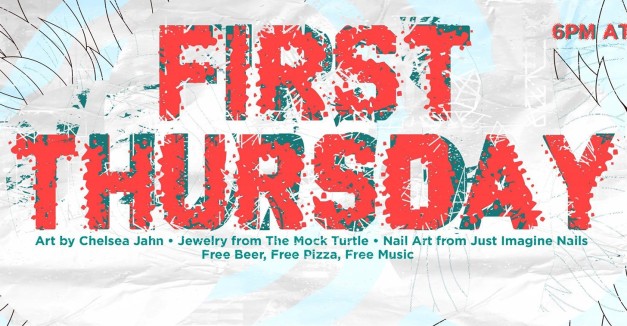 For the first time, the showcase features four artists: Omaha rock quartet Gramps and DJs Kethro, Dojorok, INFNTLP (of Both). Gramps, which is led by Love Drunk creator Django Greenblatt-Seay, is currently working on its debut EP. As always, the show is free, the beer is free and the pizza is free.

The showcase also features art by Chelsea Jahn, jewelry from The Mock Turtle and Nail Art by Just Imagine Nails.

In case you haven’t heard, Hear Nebraska Vol. 3 is available for preorder via Kickstarter. The album comes on beautiful multi-colored vinyl and features 10 of Nebraska’s finest musical acts. Find yours here.

To celebrate, we’re hosting two release parties. Jake Bellows will return to Omaha from his home in Los Angeles for the twin shows, which aim to feature lineups as diverse as the record they kick off.

The next night, The Waiting Room hosts Bellows, Ladyfinger(ne) and Both. RSVP here.

Tickets to each show are $7 or $20 with a record purchase.

See Through Dresses’ busy spring ramps up on Friday when the lo-fi rock band heads to Kansas City for a nine-show sprint to meet Cursive in Buffalo. They’ll then play eight more shows with Cursive, ending at The Waiting Room and Vega on March 21 and March 22, respectively.

But that’s just the beginning. The band will spend April wrapping up a new EP. Then, it’s on to a massive 28-stop European tour in support of This Charming Man’s European release of See Through Dresses’ debut self-title album.

Many of these dates have already been announced, but see the finalized schedule below:

Yesterday, along with a new music festival announcement, One Percent Productions announced Built to Spill will be playing Slowdown on May 23. The psychedelic indie band will release its eighth studio album in 20 years later this year. RSVP here.