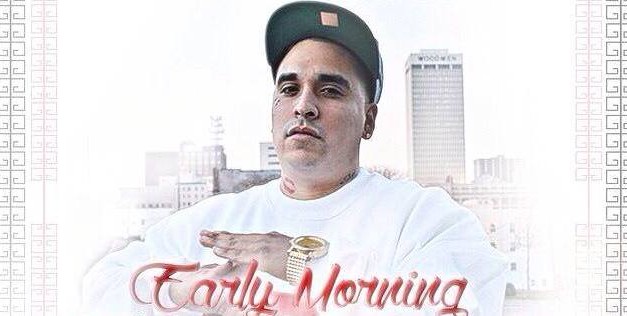 Needless to say, we’re bummed: Snake Island! and Noah’s Ark Was A Spaceship is cancelled tonight at Turner Park.

The weather just doesn’t look like it’ll hold. Potential lightning, sopping grass and mud. That said, we’re hustling to look for other options, whether it’s another postponement (we really want to have this show), or a venue change.

Expect news about a potential rescheduling shortly, and sorry to disappoint. It’s been awhile since anyone’s seen Noah’s Ark, and Snake Island! are consummate showmen. We know people were looking forward to this one.

Future Islands’ show at The Waiting Room on Thursday officially (and finally) sold out yesterday. It took awhile, but this one was expected, as the Baltimore trio has been selling out most every show throughout the spring and summer. This all comes in the wake of their music-blog-stopping performance of “Seasons” on Letterman earlier this year.

Their new album Singles was at or near the top of every first-half-best-of list this year. So it’s time to start finding resale tickets for this one, or just sneak a peek of Sam Herring’s barbarian-discoteca dance moves from the Waiting Room window.

Before Future Islands could imagine a string of sell-outs like this, we caught them at The Waiting Room in front about 20 people in 2011. Check that below:

It’s a rough, street-oriented look at the drug trade, but all contextually off-set by Berner’s all-important refrain: “I was only 16 when that coke came.” So while Latin Threat fires off in the verses, illustrating what we assume to be the dangerous excess of life as a successful dealer, there’s a hint of discernable sadness to all of it. The “coke dreams” arrived too early in life to pass them up.

Latin Threat takes off on a westbound tour this week, following a show tomorrow night at The Hideout in Omaha. His new EP, Early Mornings, Long Nights, drops at that same Hideout show. “Coke Dreams” is on the album. Watch the video below:

Nov. 1 at Slowdown was too long to make Orenda Fink’s Omaha fans wait for a hometown show.

This week, Fink announced her upcoming in-store show at the Saddle Creek shop. It’ll be Sept. 5 at 7 p.m., and it’s free. To prepare, you can buy Blue Dream here, and listen to Hear Nebraska’s album review podcast duo discuss the record here.

For Omaha’s 311 contingency, singer and turntablist Doug “SA” Martinez just released a new album for his side project with Ryan Siegel, Los Stellarians.

Cholo Soul embodies a summer vibe with soulful vocals backed up with electric guitar, oo’s and ah’s, and hand claps in songs like “Didn’t I” and “I Can’t Understand You.” You can check out Los Stellarians if you haven’t, and read up on Hear Nebraska’s coverage of “311 Roots Tour” from earlier this summer.