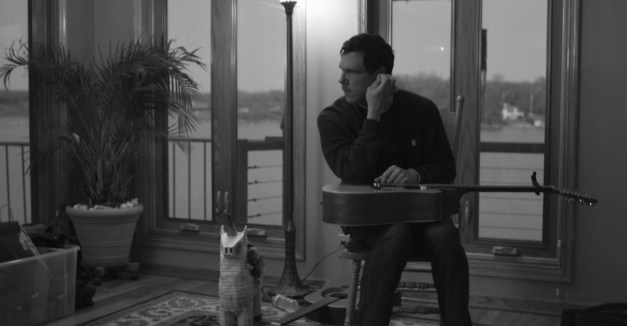 Tim Kasher put out a call for actors last week for his feature-length film No Resolution.

The Cursive and The Good Life frontman has long had an interest in filmmaking. The Good Life’s 2007 album Help Wanted Nights was originally written as a soundtrack to a screenplay of the same name. He worked on the Nik Fackler’s Lovely, Still as a writer, and as a composer for Archie’s Final Project, directed by David Lee Miller.

Like many of Kasher’s storytelling musical works, No Resolution appears to be about an artist struggling against the realities of adulthood, commitment and monogamy.

From the casting call: “An engaged couple reach the crescendo of their incompatibility on a particularly rocky New Year’s Eve.”

Right now, the call is for a cast of eight, comprising the couple and a handful of their friends and family. Shooting takes place for two weeks in November in Chicago’s Logan Square neighborhood.

If you want to try out for No Resolution, e-mail headshots and resumés to noresolutionfilm@gmail.com.

The video is a dark two minutes of staged hockey footage, the track a simple beat a la “We Will Rock You,” bolstered by intense production and and a sampling and remixing of Conchance’s voice saying “Maverick Mayhem.”

The vastly respected Seattle singer-songwriter — take it from Father John Misty — was last in Omaha 18 months ago for a beautifully intimate house show at Beaver Lake. You can read Hear Nebraska’s review of that show here.

February’s show may well prove to be the polar opposite if Jurado brings a full band. Where the living room set showcased Jurado taking requests and strumming a completely unamplified guitar, Jurado’s most recent work has shown him dabbling in far grander arrangements.

Scouts Honor: Inside a Marching Brotherhood will screen in Nebraska this month, at Aksarben Cinema in Omaha on Oct. 26 and at The Ross in Lincoln on Oct. 27. Both shows begin at 7 p.m.

The documentary, made by Nebraska filmmakers Mac Smith and Tom Tollefsen, follows three members of the all-male Madison Scouts Drum and Bugle Corps, a youth marching organization in Madison, as they carry through their summer-marching season.

Scouts Honor triumphs the benefit of strong youth organizations and lifelong bonds they can offer. Smith and Tollefsen were both members of Madison Scouts.

Gundersen, former frontman of Seattle band The Courage, plays an anthemic folk music comparable to The Lumineers and The Head and the Heart. Gundersen released Ledges in February, his fourth release and first full-length, which he self-produced. Tickets are $15. RSVP here.

By the way, Saintseneca, Busman’s Holiday and Lars & Mal at Vega last night was a clinic in folk-rock vocal harmony. Headliner Saintseneca is orchestrating some exciting soundscapes with Appalachian instruments, melodic bass and a little help from Mike Mogis. More here.