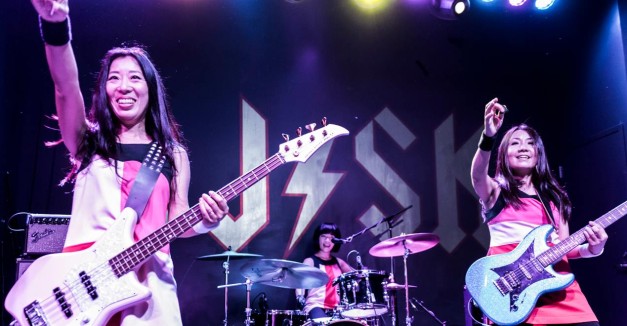 Since starting as a folk duo in 2012, Nick and Tyler Talbott have played more than 300 shows across the United States.

And you can hear the road in their latest LP, Places, their third studio album released earlier this week. It feels like an ode to those travels with themes of running and riding from place to place.

Hear “Running Man” below, and check out Places, which is now available via iTunes. RSVP to The Talbott Brothers official album release show July 9 at Reverb Lounge here.

By the way, the Imperial natives play that stop on our Good Living Tour next month. RSVP to the July 17 show here.

Our Peter Barnes was at Vega last night for a punk billing with history. CJ Ramone  — bassist for the late-era Ramones — and long-running Japanese punks Shonen Knife co-headlined a bill that also included Lincoln’s Mezcal Brothers.

Check out photos below: 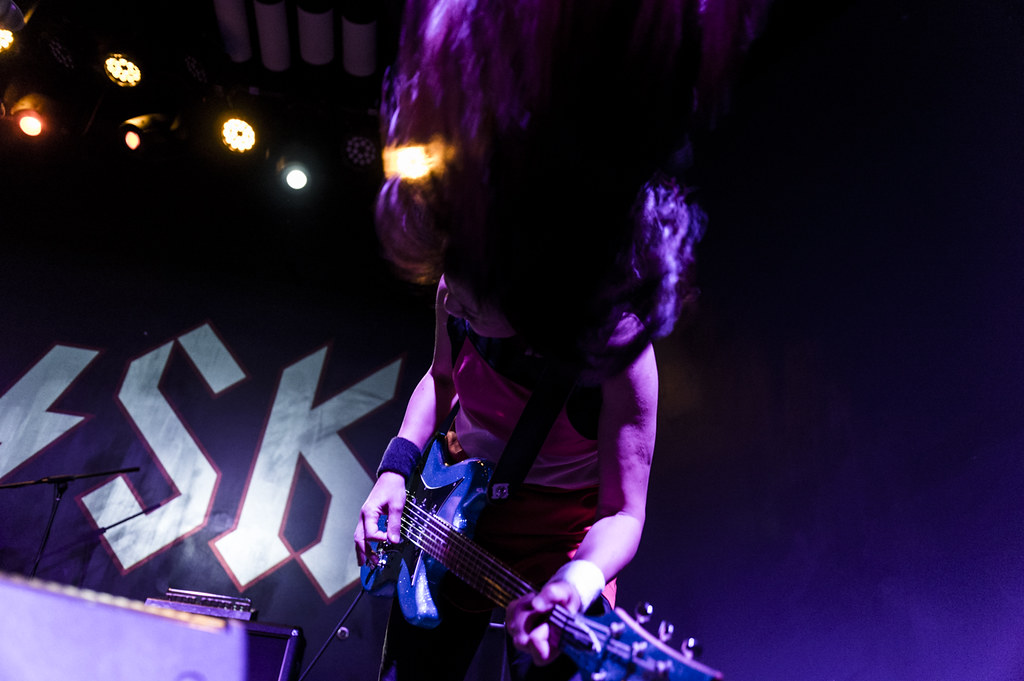 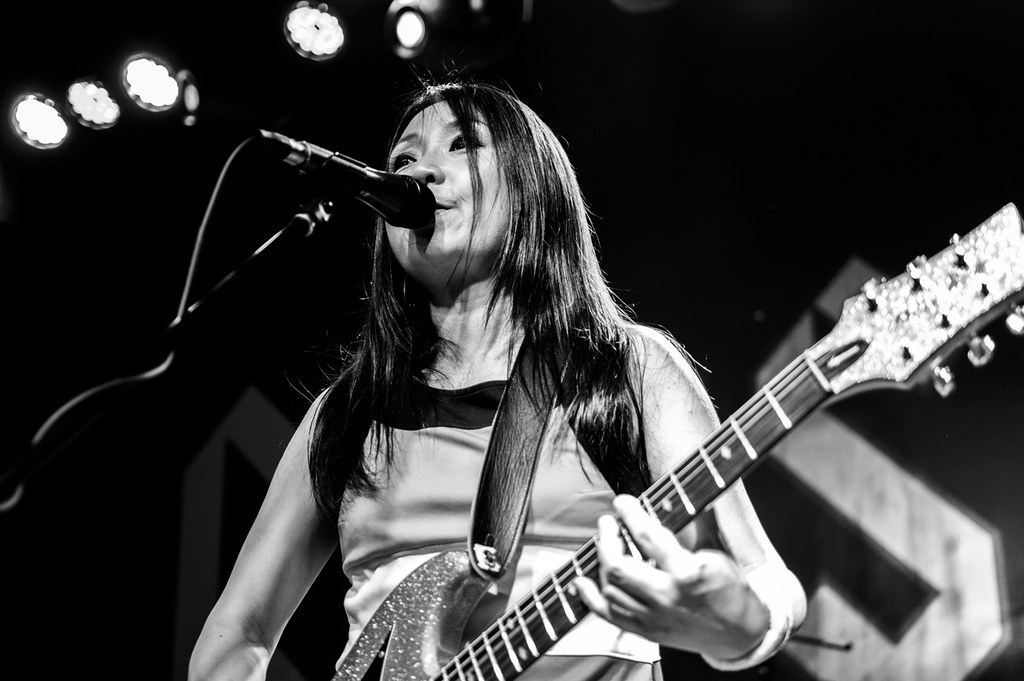 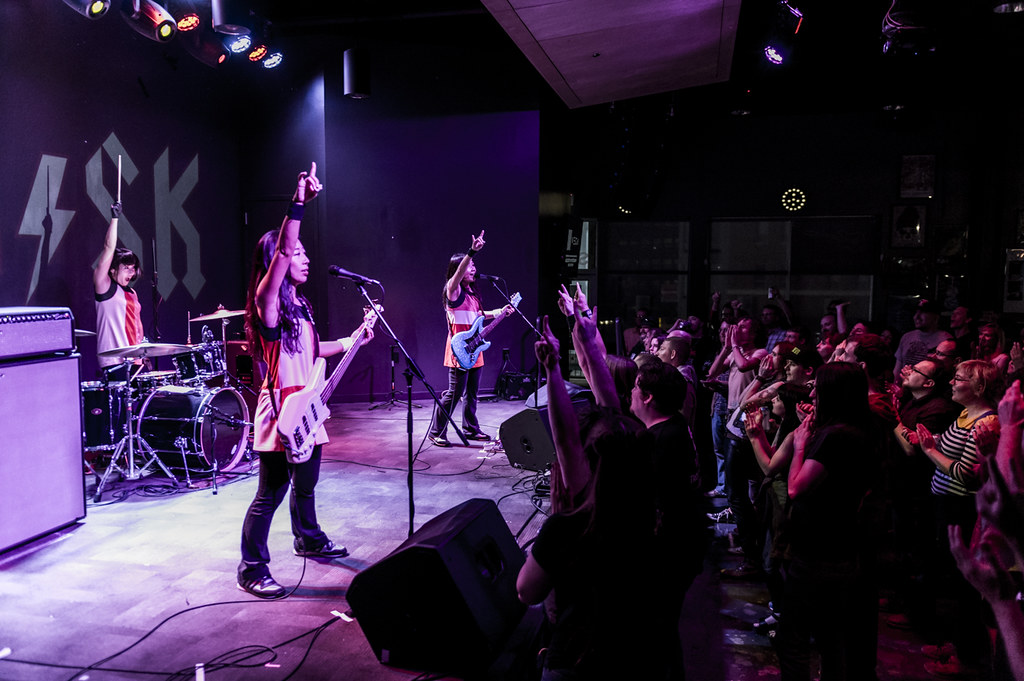 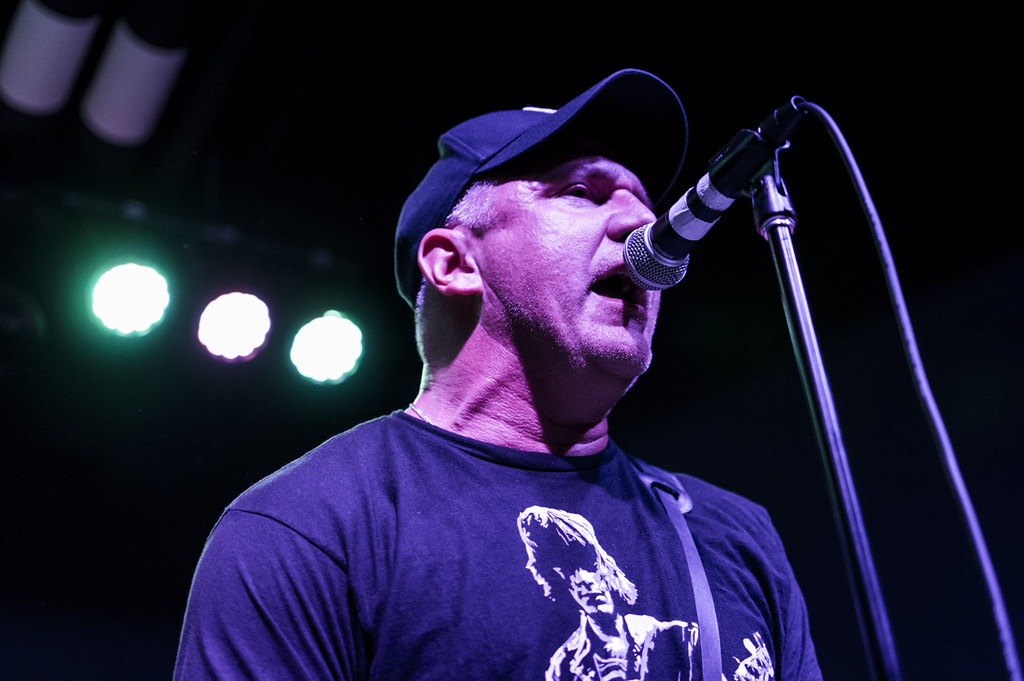 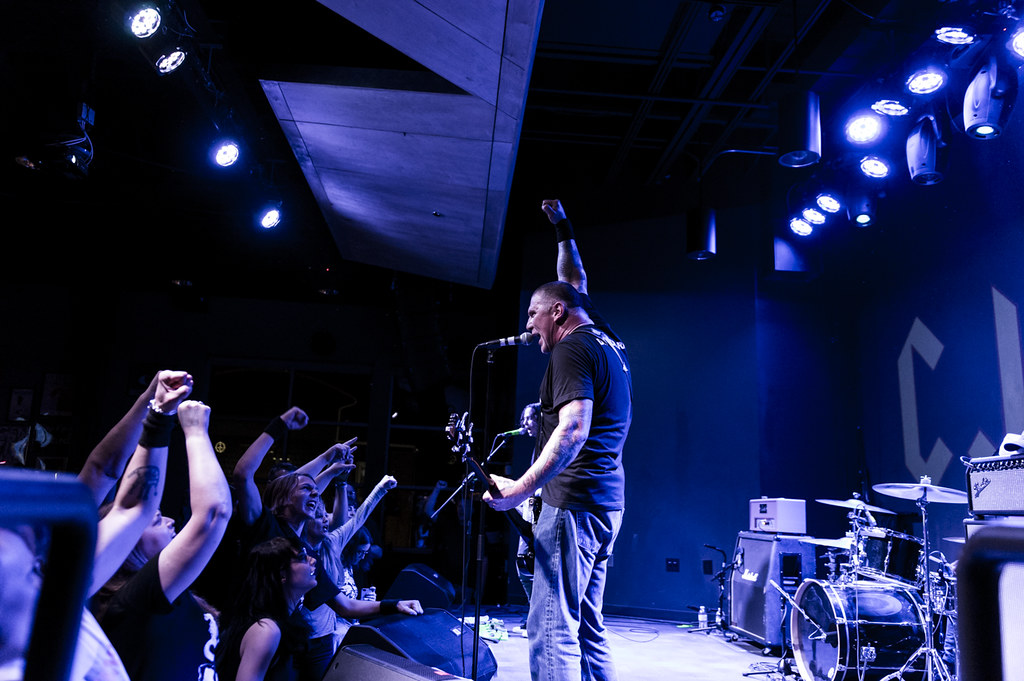 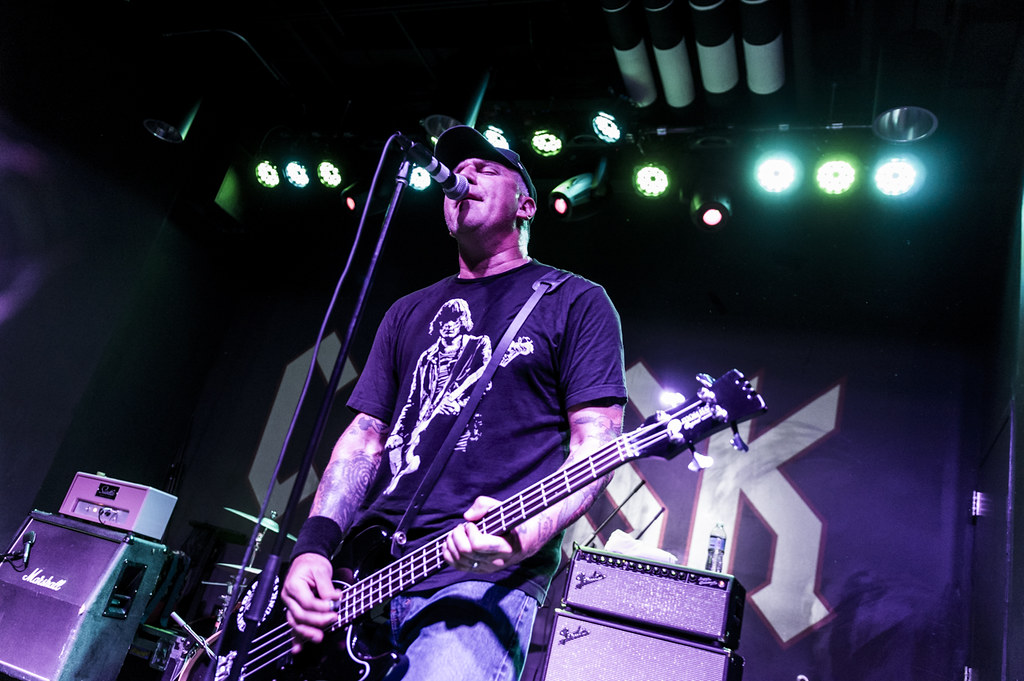 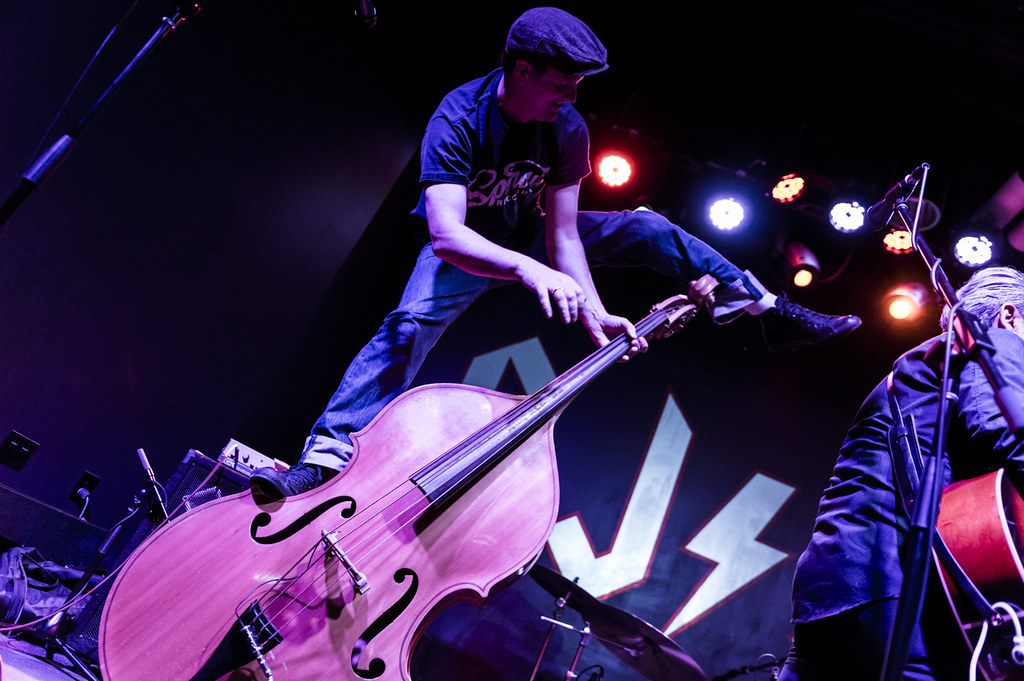 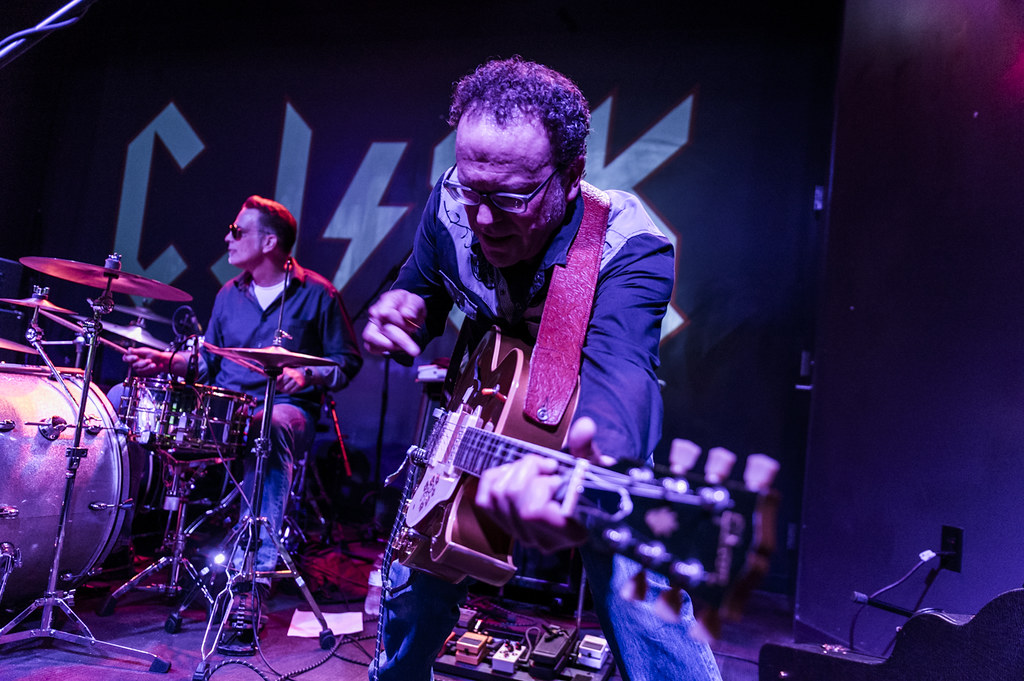 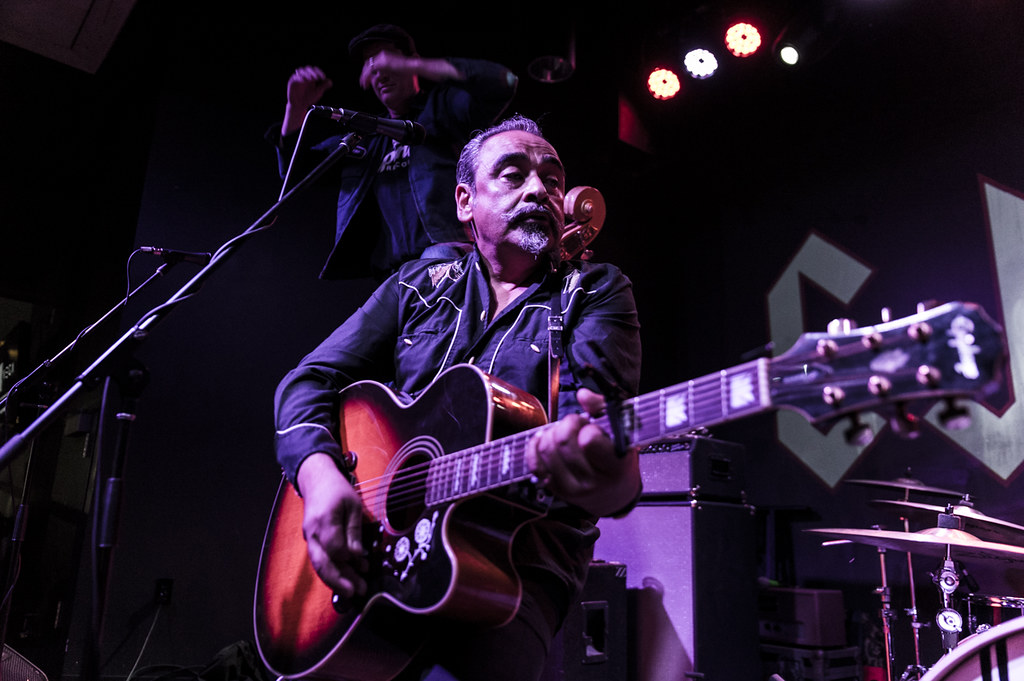 “Alabama guitar and drum duo Firekid opened the show with a quick set of acoustic pop infused with pre-recorded backing tracks and electronic drums. A highlight was a cover of My Morning Jacket’s “Golden,” featuring a backing track filtered through a Gameboy audio system.

Headliners The Mowgli’s took the stage to rapturous applause. The band found its start in 2009 in Los Angeles and have released three full-lengths since their inception. The group has been spreading its message of love and positivity all over the country via an extensive touring schedule.

A crowd of around 150 packed in near the stage and cheered along with nearly every song. The seven-piece turned in a tight set of feel good pop songs taken from their full length records, Waiting for the Dawn and Kids in Love. Lead vocalists Colin Dieden and Katie Earl electrified the crowd with “The Great Divide,” and the audience sang along with every word.

The Mowgli’s kept up a high level of energy all the way through their set, with up to three guitars, keys, percussion and bass creating an all-encompassing sound. They closed out on their hit “San Francisco,” which was in the top 20 on Billboard’s alternative chart in 2013. The audience danced, clapped, and swayed to the beat.”

From sewing to cooking to screenprinting and more, a group of Nebraska artists and do-it-yourselfers are planning a community event to share skills and techniques and foster connectivity.

The second iteration of Do-It-Ourselves Fest takes place Aug. 14-16 at SP CE Commons, and will feature a number of workshops teaching skills and experience useful for daily life. The event aims to foster independence as well as community through a free exchange of information and knowledge in an open environment.

“People are taught in the larger society that the only way to get “legitimate” education is to pay for it,” says Margot Erlandson, event organizer. “You don’t have to be a professional to teach, and you don’t have to pay anything to learn.”

In addition to seminars on screenprinting (Jon Ferguson) and foraging for wild edibles (Dustin Rymph), there will also be a handful of music-related workshops. Israel Cilio, who fronts Lincoln band Izzy Dominguez, will teach a lesson in four-track recording, and will host a panel discussion on DIY music labels. John Friedel (formerly of Universe Contest and who records solo as Green Trees) will teach a workshop called Destined Music on music formulas, equations and systems to generate music for any genre or instrument. There will be a seminar on basic instrument repair and maintenance, as well as how to set up sound for a house show.

“My hope is that those who attend that workshop will feel more comfortable throwing house shows of their own.” Erlandson says. “It’s about bettering the scene.”

Do It Ourselves Fest will also feature a variety of local music talent all weekend long. Thought the lineup is forthcoming, Erlandson says the lineup mixes up and coming artists with more established ones. A few guesses could be made by peaking at the list of workshop instructors.

“Lincoln isn’t segregated by art/music mediums and that makes it easy for us to come together for this kind of thing,” Erlandson says.

Do It Ourselves Fest is free and open to all ages. Visit the event Facebook page here for more information and continued announcements throughout the summer. Passionate individuals interested in teaching a seminar, or those who simply want to be involved, can contact Erlandson at doitourselvesnebraska@gmail.com.

Farmers market season is in full swing at historic Florence Mill in Omaha, and will feature plenty of family-friendly activities and music this Sunday.

This weekend’s activities will also include pony rides, giant bubbles and Miss Joan’s Craft Table. Check out their website here for frequent updates, and “like” their Facebook page here.

On to shows for the weekend, starting with a celebration of peace, love and junk.

Sixth annual Junk Stock begins today, featuring more than 170 junk vendors from 20 states, 19 live bands, 18 food trucks and free kids activities. The festival is currently in progress, and includes a music lineup of some of the Nebraska’s most visible folk and roots acts. Tickets to the event are $6 per day, or $15 for the weekend. View the music lineup in its entirety and RSVP here.

At Noon, Mesonjixx performs at 13th and P for the second act of our Hear Lincoln series. To preview the show, we asked frontwoman Mary Lawson about her busy concert schedule, her vocal performance background and her band’s flair for improv. Read that Q&A here.

The event is presented by the Lincoln Chamber of Commerce, sponsored by the Cooper Foundation, with media support from KZUM. Last week was most certainly one of the best attended Hear Lincoln shows to date, and we hope to see you out there today.

Saturday, composer and pianist Stacey Barelos will perform at Omaha’s Almost Music. Barelos, also co-director of Omaha Under The Radar, will play the show seated at her tiny piano, which you can read about in the Omaha World-Herald here. Tickets are $5, and you may note that the event is bring-your-own-beverage. RSVP here.

For a full listing of the weekend musical smorgasbord — including an Unfuck The World Day celebration and the inaugural Continental Drift Music Festival — check out our events page here. Let us know where you plan to attend this weekend via Instagram and Twitter at @hearnebraska.

As always, feel free to email us at hearnebraska.org with shows, news tips and story ideas. See you out there.