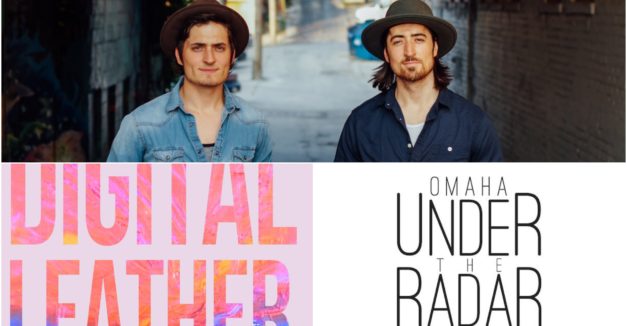 Nick and Tyler Talbott took the stage in their native Imperial on July 17, 2015, headlining the first-ever Good Living Tour concert. A vast crowd of hundreds, spread across an open patch of lawn in the Imperial Country Club golf course, roared as the hometown boys played with passion and precision. It launched a nine-day road trip for the small flagship GLT crew.

This is the third year Imperial has hosted a Good Living Tour concert, which are all free and all-ages. Last year’s affair was moved into the Chase County Elementary school after rain and cold soaked the 8th & Broadway location. We’re back at the same spot again this year, and the weather looks as though it’ll hold for the concert and preceding barbecue showcase and fun run.

As for the bands, The Talbott Brothers come fresh off their third LP Grey, which represented a clearer, in-depth exploration of its earnest songwriting. Rothsteen just released Moments After, the final chapter in a three-part EP series. And Universe Contest have an album in the can that has yet to be released digitally, but that has comprised a large part of the live rotation for more than a year.

Earlier Saturday, Hear Nebraska will host a community workshop, designed to give community members the tools and knowledge to increase the presence and support of original music in their community. It starts at 1 p.m. at Lied Imperial Public Library and is open to the public. RSVP here.

Omaha Under the Radar continues to build community of experimentalists

Noise musicians, avant-garde dancers and experimental art-seekers are often relegated to rehearsing and performing in dingy basements or hole-in-the-wall venues, with little attention from anyone outside their circles. But since 2014, the Omaha Under the Radar festival has given these experimentalists a platform to connect and relate to their art.

In its fourth year, UTR takes place from July 5 through July 8 at five venues and features more than 50 performers from Omaha and around the country. Also this year, UTR is doing some experimentation itself, hosting its first ever theatrical production with the 1969 monodrama “Eight Songs for a Mad King” being performed on July 7 at the new OutrSpaces collective.

“We felt that with three years under our belt, we were ready to take on a staged work, and this chamber opera has been on my bucket list as a presenter for a long time,” says UTR coordinator Amanda Deboer Bartlett.

But “Eight Songs for a Mad King,” like much of the rest of UTR, isn’t for the faint of heart. Deboer Bartlett said she was asked to sit in as a flutist during a rehearsal for “Eight Songs” and left feeling “truly disturbed.”

She’s not the only one who has had a disorientating or even a negative experience with Under the Radar performances, as she fielded complaints about “intense negative reactions” to harsh noise acts at last year’s festival. Deboer Bartlett met with those attendees to discuss their reactions following the festival.

“We’re always leaning up against that line ‒ wanting to explore aesthetic fringes and wanting to present work that falls outside the purview of most Omaha venues, while also being inviting and making sure that the audience is taken care of and respected,” Deboer Bartlett says.

“We’re not focused on being extreme and subversive for the sake of it. We are focused on giving artists the opportunity to say what they need to say to an audience that wants to hear it.”

And that’s what makes UTR special, something more than just a weekend of music. It’s an event that allows and encourages artists and attendees to fly their freak flags and inspires them to pursue experimental art themselves, forging a community of artists built on support and collaboration.

“Young Omaha artists have stopped me to say that they took a risk or started taking themselves seriously as an artist after they presented on the festival,” Deboer Bartlett says. “It’s a pretty big event in itself, but it spirals out into something much larger every year because of the community that it brings together.

Find the full lineup and more info at Omaha Under the Radar’s website.

Accompanied by just a cello and her guitar in a studio that’s typically filled with full bands, Lincoln singer-songwriter Andrea von Kampen performed a set of seven songs for Audiotree on June 9, and the recording was released on Wednesday. The setlist saw von Kampen reach back to her 2015 Another Day EP for tracks like “Daybreak” and “Trainsong,” as well as last year’s Desdemona EP.

von Kampen’s set was recorded in Chicago in the midst of her six-date summer tour, in which she hit Iowa, Michigan and Illinois.

The Mynabirds announce ‘Be Here Now’ and debut ‘Cocoon’ single

Two years after The Mynabirds last record, Lovers Know, the L.A. via Omaha band is releasing its fourth LP, Be Here Now on August 25 on Saddle Creek. To promote the record, the band premiered the debuted the lead single “Cocoon” via Billboard, which featured frontwoman Laura Burhenn in an interview discussing the political motivations behind the record and why it’s important for her to embrace the present.

Read the full interview here, pre-order Be Here Now here and listen to “Cocoon” below.

It’s only been six months since Digital Leather released its seven-track Infinite Sun EP, and now the Omaha electropunk duo is delivering a full-length titled Pink Thunder, which features the band’s eclectic use of electronics and drum loops to create synthrock earworms.

According to the album’s Bandcamp listing, the album was recorded last winter in Omaha, and the band “felt like shit the entire time.”

Have a taste of Pink Thunder below, and find the full album here.

Plan your weekend of shows accordingly with our picks below. Find a fuller list on our events page here, add your own events with the contribute feature and let us know which shows you’re headed to in the comments below.

Red Plains Karaoke Food and Goods Drive at the Petshop – The Red Plains Revolutionary Group recently began a free food and household goods program which seeks to provide items like diapers, paper towels and feminine hygiene products to families in need. To support its mission, Red Plains is hosting a night of karaoke at the Petshop. Admission is $5 or a donation of foods or goods. 9 p.m. RSVP here.

Lincoln On The Streets Concert Series with 311 – 311 is hitting Lincoln tonight to play in front of the Nebraska State Capitol on the Centennial Mall. The Omaha-based rock band is set to release a new record, “Mosaic,” this summer, and they’ve got a new single titled “Too Much To Think” out promoting it. New Politics and The Skints open the show. 7 p.m. $20. All Ages. RSVP here.

Punk Rock BBQ at Lookout Lounge – Lookout Lounge hosts its second annual Punk Rock BBQ Saturday night, which includes touring bands The Architects from Kansas City, System Restore from Wyoming (who play Sunday night in Kearney with Justified Aggression) and locals The Beat Seekers and Alpha 5, among others. And, of course, BBQ food options will be available. 4 p.m. $10. All Ages. RSVP here.

Dominique Morgan with The 9’s at Reverb Lounge – Omaha R&B artist Dominique Morgan and his band The Experience stop in Benson Saturday night along with Omaha funk rock outfit The 9’s. Get your tickets soon because the show is close to selling out. 8 p.m. $7. All ages. RSVP here.

Canada Day at The Waiting Room – This year is Canada’s sesquicentennial, and The Waiting Room is hosting its sixth annual Canada Day Party. 10 local bands, including All Young Girls Are Machine Guns, Brad Hoshaw and Matt Whipkey will perform short sets of Canadian music. Poutine by Block 16 will be available, as well as Canadian refreshments. See the full lineup and RSVP here. 8 p.m. $8. All ages.