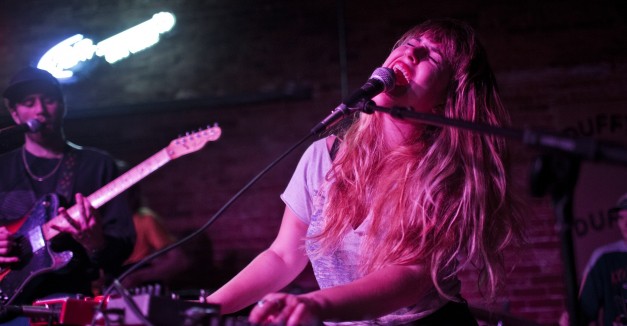 When organizers of the Sweatshop Gallery announced its closing a month ago, future plans were foggy at best. In fact, rumors had it that the Benson DIY space at 2727 N. 62nd St. that had grown over the last couple years as arguably Omaha’s most exciting, experimental music venue and art gallery would be ceasing to hold concerts. But good news: Starting Oct. 1, Sweatshop will combine with its adjacent art gallery under then name Petshop, and will continue to operate very much as it has.
Original Sweatshop partners Dan Cavanagh, Alex Jochim and Jamie Hardy will run the new space with an eye toward continuing its tradition of cultivating the arts and music communities.

“I am excited to see what this coming year holds for us,” Hardy says. “Everyone involved in Petshop now has a strong passion for what they do and a respect for the space it is within. Only beautiful things can come from that.”

Petshop will carry the Sweatshop local and national music torch, as local musician Nick Holden will curate the music calendar. Perpetual Nerves’ Sam Parker and Chris Aponick — both with roles in organizing Sweatfest in July — will continue to book shows through Holden.

“[Nick is] going to take charge of the music calendar, and do it in a way that’s inclusive and special,” Jochim says.

Omaha-based poet/writer Joel vanBrandwijk and entrepreneur/yoga instructor Stefanie Monge will also partner. vanBrandwijk has been involved with Petshop’s readings since its start in 2012, and the Omaha Writers’ Group (of which he is a part) meets there every Saturday. Monge plans to continue teach a weekly yoga class, as well as expanding public classes and workshops.

With Jochim and Hardy working through the now-nonprofit Benson First Friday, the new Petshop combined space seems to open the door for a variety of collaboration. It starts this Friday with photo gallery Cameraless by Joe Addison in the South Gallery and Mixtape group exhibition in the South Gallery, and Jochim says they’ll be hosting music again in November.

Longtime Lincoln crowd favorite Alli and I — singer/songwriter Andrew Standley and his acoustic guitar Alli — are playing with a new lineup at the Cask on Friday, adding Ali Sherman on vocals to put a new spin on the sound Standley has named “fire pop.”

Standley describes the genre as taking pop music’s accessible and engaging sonic palette and reinvigorating it with a fierce commitment to technical chops and and honest, passionate lyrics that deal with enduringly meaningful subjects. He feels those qualities are missing in too much contemporary pop, and he wants to keep them strong in his songs. It’s a musical ethic he’s been honing as he’s toured and recorded in recent years, and after a string of Lincoln shows through the fall and winter, it’s one he’ll be taking back on the road in support of a new release.|

In February, Standley is putting out a new record, and in March or April he’ll be setting out on a new tour through the Midwest and possibly the South. The month’s worth of dates on that tour will be followed by a long year of traveling — Standley expects to play roughly 200 shows in 2016, almost all of them on the road.

The following year he aims to tour again, this time with a trio lineup, adding bass and drums. Augmenting his solo sound with collaborators has been a hallmark of Alli and I shows for the 10 years Standley has been playing under the name. Though his style has always centered on his voice and his acoustic guitar, Alli and I has appeared as a duo, trio, quartet and even once as a six-piece with a piano and a violin.

Friday will be new, though — it’s his first time performing with Sherman, and he’s looking forward to playing in the combination he’s jokingly calling “Ali and Alli and I.” He’s excited for the show, and ready to meet the audience at whatever level of energy they bring.

Also on tap for the 9 p.m. show will be Ro Hempel, rounding out the evening’s bill with a solo set.

Hip-hop is at full power at Duffy’s tonight for day two of Lincoln Calling. In an uncommonly concentrated dose for our city of the genre that’s become the musical lingua franca of the planet, Nebraska artists Both, SharkWeek and Trev Taylor are all playing, as are touring acts Psalm One/Hologram Kizzie, the Rapper Chicks and the Palmer Squares.

Lincoln’s SharkWeek kicks off the night at 9 p.m., cutting tracks on her much-loved wheels of steel, and will be followed up by emcee Trev Taylor, who takes the mic at 10 p.m. with a sound he describes as “rapabilly.”

Fresh from the release of their new EP Bothsucks, emcee Scky Rei and producer INFNTLP of Both are on at 11 p.m. They’re playing Lincoln tonight and a hometown show in Omaha on Saturday, joining their Make Believe Recordings labelmates for the label’s annual showcase of new music (more on that soon).

At midnight, two Chicago acts take the stage: the Rapper Chicks, with ill-esha, Psalm One, Angel Davanport and Fluffy on the roster, and Terminal Knowledge and Acumental of the Palmer Squares.

At 1 a.m. Psalm One steps up for a night-ending solo set, but don’t be surprised if the constant collaborator brings some of the evening’s other artists back to the stage. Her bandmates in Rapper Chicks would be the natural choice, but who knows? Perhaps she’ll trade verses with some of Nebraska’s emcees — after all, little by little her Lincoln links have been strengthening. Her recent show at the Bourbon under her Hologram Kizzie moniker is still fresh on many people’s minds, and fellow Chicagoans and frequent Zoo Bar guests Sidewalk Chalk got a verse from her on their crowd-mover “Ten Seconds.” (Sidewalk Chalk are playing their next Zoo show on Oct. 29. Mark your calendars.)

If hip-hop already has your heart, Duffy’s is the place to be tonight. If you’ve yet to be swayed, this is a great night to see a wide range of hardworking artists bringing a variety of styles to the stage, and it’ll only cost you $7. 21 and up.

Tower Square will see the Wildwoods at 6 p.m. and CJ Mills at 7 p.m., both free and open to all ages. 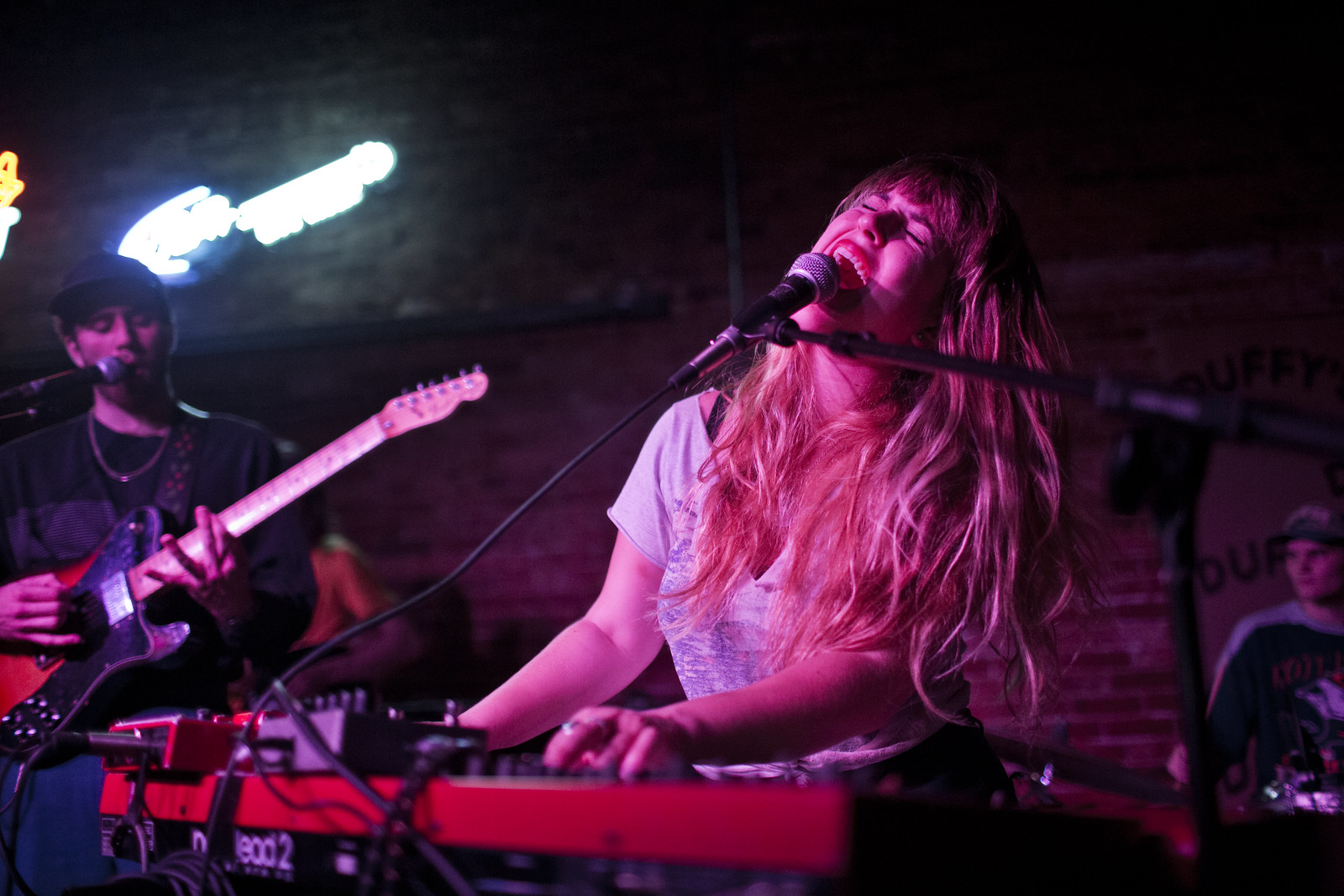 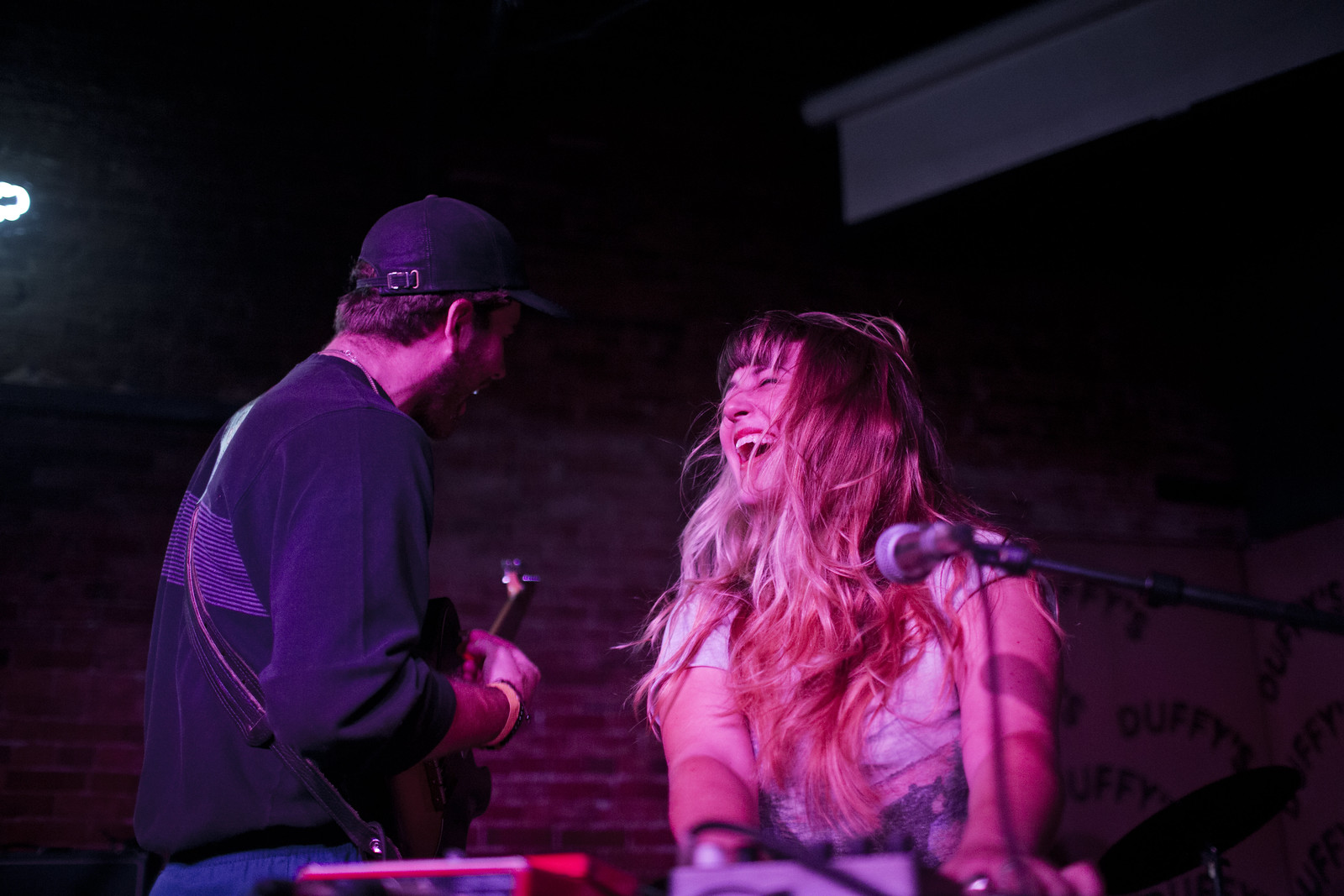 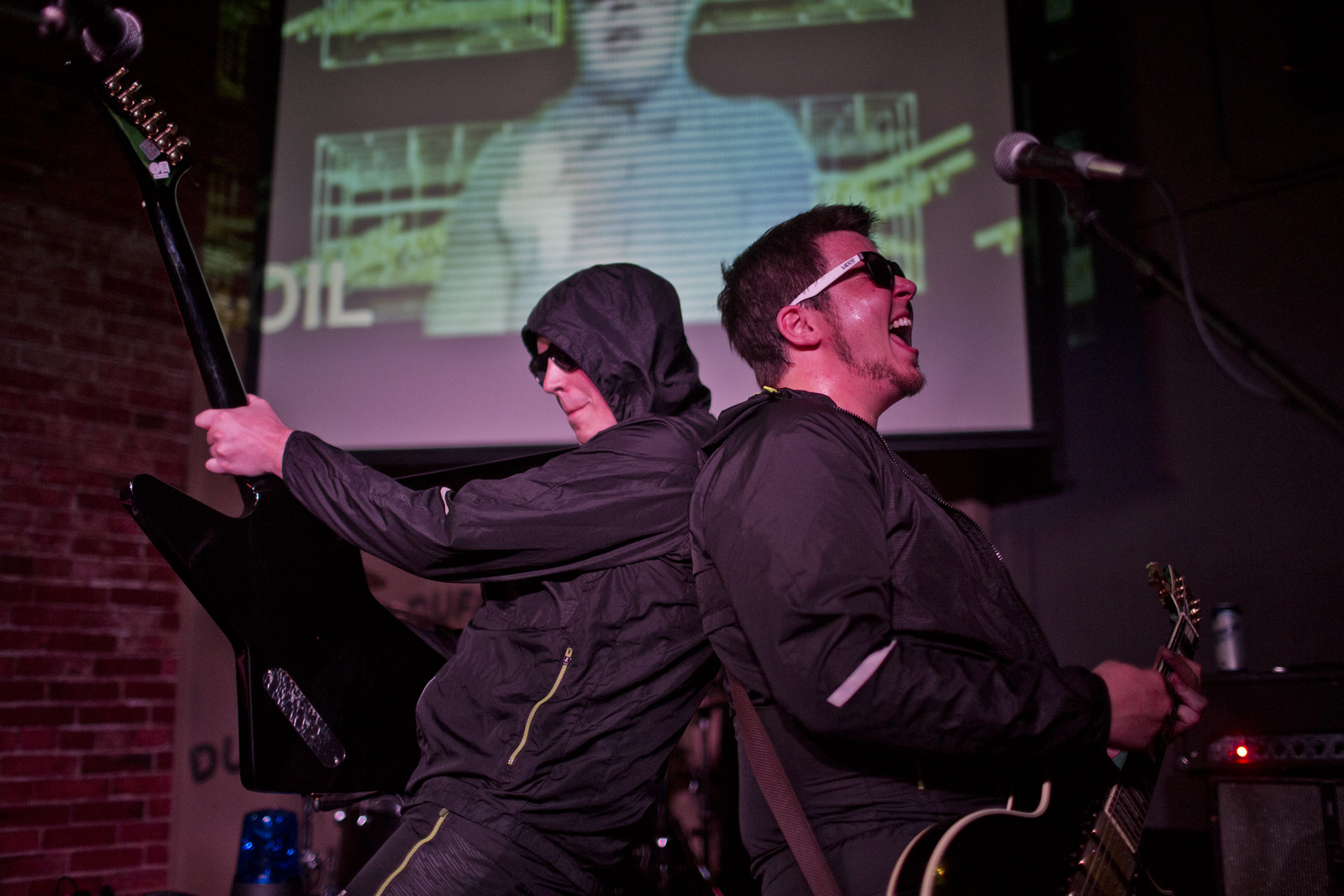 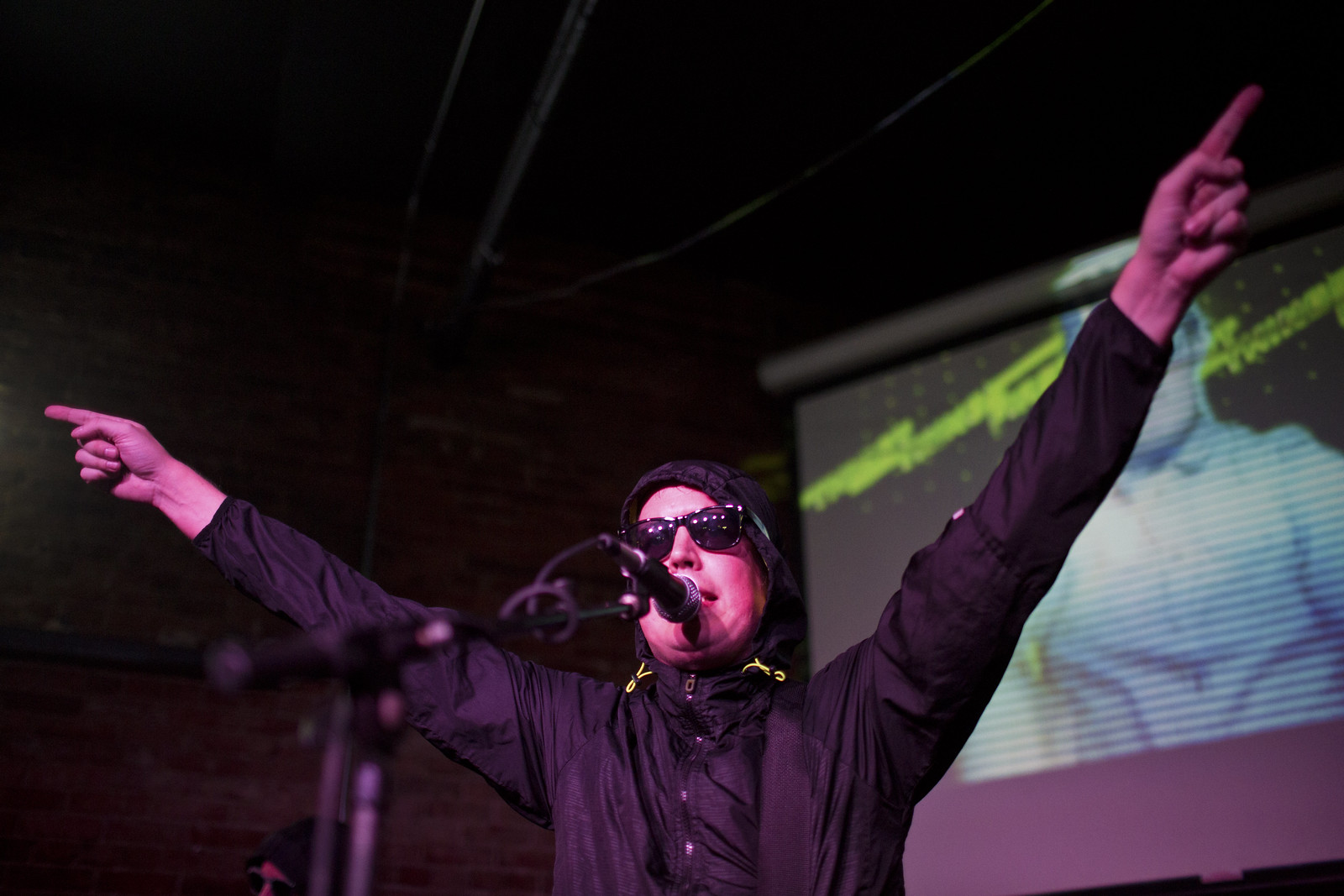 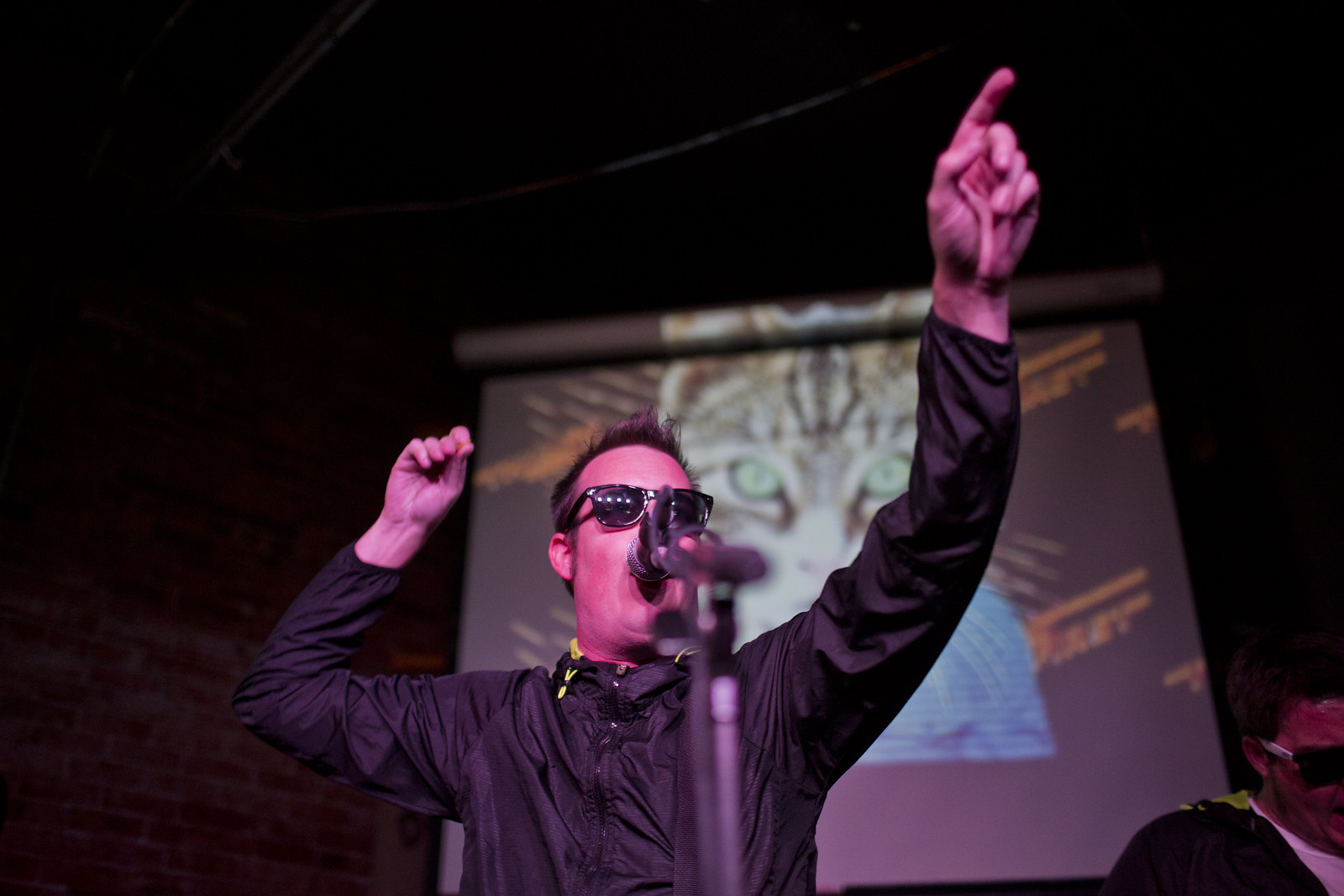 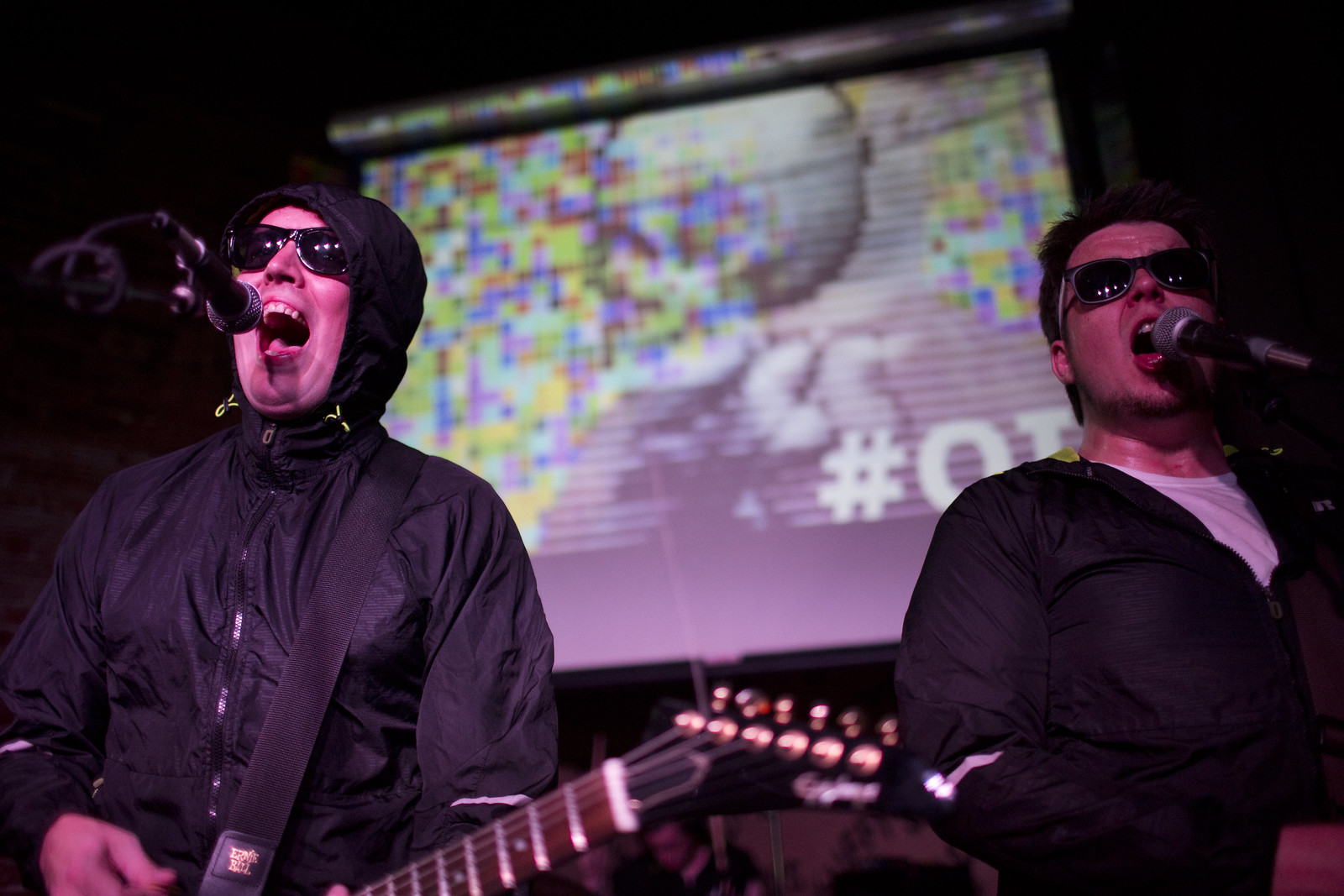