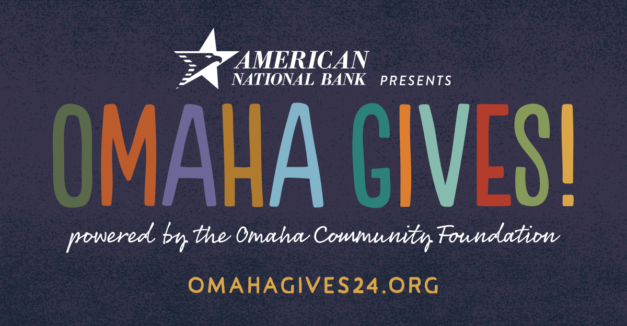 Here’s what we believe:

It is the honor of our small staff, board of directors and volunteer contributors to continue to work like hell toward all of the above. Please help us with a $10+ gift via Omaha Gives. Your tax-deductible donation before midnight May 25 not only helps us reach our $15,000 goal, but it also shows that you believe these things, too.

“We’re stoked to be here! Fuck! We have so many songs we want to play,” Tim Kasher told the crowd as he clutched his Fender Telecaster. Behind him, Stefanie Drootin-Senseney tuned her hot pink bass; Ryan Fox fiddled with an array of effect pedals fed into his Gibson SG; Roger Lewis clicked his drumsticks to count off the first song of an hour-long set.

The Good Life, a local favorite and Saddle Creek Records mainstay since the early 2000s, kicked off its national tour last night alongside Speedy Ortiz and Oquoa at The Waiting Room Lounge. The three bands play another show together in Denver tonight before Speedy Ortiz and The Good Life embark on a much more extensive tour next month. Oquoa will join them in Texas and Oklahoma in June.

Oquoa began the show around 9:00 pm. After the first few strums of Holmquist’s Fender Jaguar, the dreamy, flowing stupor of Oquoa’s sound was as obvious as it was delightful. Holmquist, with his shaggy dark brown hair covering most of his face and melodic baritone voice, immediately conjured up a Morrison-esque resemblance in sight and in musical style. His vocals danced around the clean but reverb-laden chord voicing; the timbre of his voice worked in tandem with the flanger effects on his guitar to create an auditory sensation of weightlessness. Synth/keyboard player Patrick Newberry helped define this dream-pop texture with beautifully contemplative melodies.

But this cloud-like trance of melodic and harmonic dream-pop was anchored harshly, but fittingly, by strong rhythmic backbeats from drummer Roger Lewis and a deft, sure-footed navigation of the harmonic foundation by bassist Michael Overfield. Lewis and Overfield’s hanging backbeat grooves and clarity in rhythmic motion harnessed and focused Holmquist’s dreamy textures. The band even showed an edge towards across the six song, 30-minute set, Oquoa’s members relishing a single idea or phrase. The edge was always tempered by a bona fide dream-pop sound, and overall Oquoa seemed to best fit with what a lazy summer sunset drive in a convertible might sound like if it was transposed into music. Oquoa’s first album will drop on cassette later this summer.

Speedy Ortiz followed Oquoa and was a complete contrast to the opener. Coming out with light up shoes, turquoise sparkle lipstick, and a guitar pick tucked into the side of her white Fender Stratocaster, Dupuis immediately set a tone of quirky hard rock. There was no lack of clarity or direction Speedy Ortiz’s frontwoman Sadie Dupuis’ and her intricate guitar playing and biting rock vocals. Classic distortion and overdrive from both Dupuis’ and Devin McKnight’s Fenders cut straight to the point: old school overdrive and a pinch of new-wave mixed with modern New England emo. Drummer Michael Falcone drove the metaphorical bus for Speedy Ortiz across the entire set. His energetic and driving thrash, use of the toms and creative cymbal work invigorated the entire performance and created a grunge feel that served the writing well.

What was apparent above all else, however, was the incredible melodic interplay between McKnight’s and Dupuis’ guitars. Dupuis’ guitar work was impressive; she expertly played intricate and fast melodies while singing. In fact, divorcing her voice from her guitar’s tone was nearly impossible. It seemed as if her guitar was attached to her nervous system, it was that precise and clever. With McKnight’s distorted power chords and counterpoint, it was a masterful. Ultimately, there was a fascinating dichotomy in their sound, insofar as Dupuis’ vocals at some times seemed absolutely essential to the band’s sound and seemed like the most perfect afterthought to their guitar-focused writing.

The Good Life might have been kicking off a tour last night, but their 50 minute set felt more like a homecoming. The band was relaxed and jubilant, and the tone of the show was conversational. They invited a friend of the band on stage for a drink, made jokes, talked between songs, wished an audience member a happy birthday and took shots of whiskey that an audience member bought them from the bar. It also felt as if the show, the start of their national tour, was a secret; an invite only house show in a basement somewhere in East Omaha.

At one point towards the end of the set and before playing one of its most famous songs, Kasher told the audience, “I could drink two bottles of Jameson, and be totally trashed, and you could put a guitar in my hand and I could still play this,” Drootin-Senseney wryly retorted to the amusement of the crowd, “Do you think you’re going to fuck up now that you’ve said that?” Kasher proceeded to play the immediately recognizable guitar introduction to their 2004 hit “Album of the Year” before playing it again in an unfamiliar key with suspect intonation. “There, I’ve gotten my fuckups overwith!”

Their time on stage was not only a conversation between the band and the audience, but between past, present and future. The band played several songs from their new album Everybody’s Coming Down, which has its feet planted solidly in the realm of alternative rock, and is harder, more electric and more biting than the band’s material from the early 2000s. While its roots remain in folk rock, The Good Life’s performance last night was marked by a much heavier interpretation of their sound. Its performance of “Album of the Year,” one of the last songs they played in their set, concluded with a distortion and energy unheard on the 2004 recording. Across their old songs and their new, The Good Life played the show with an urgency and a buzz that effectively mixed classic Omaha folk rock with hard rock and roll.

The set was finished after another rock-infused, yet fundamentally folk, rendition of one of the band’s classics. “You’re Not You” was a “total anti-climatic, bummer of a song” to end with, according to Kasher, yet it seemed entirely appropriate as the send of for The Good Life. It left the band’s hometown with exciting taste of its past, present and future.

Photos of Chelsea Wolfe, A Dead Forest Index and Closeness at Slowdown 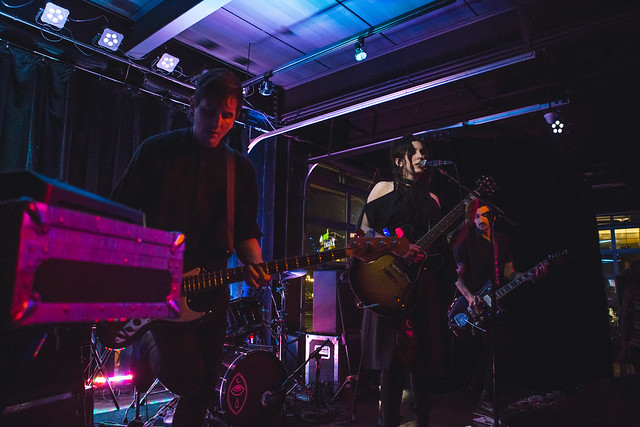 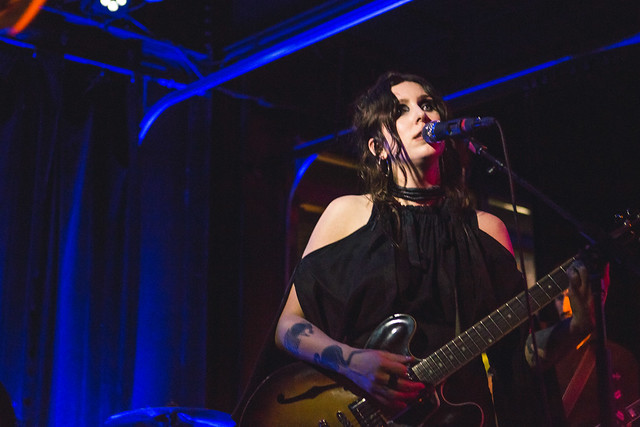 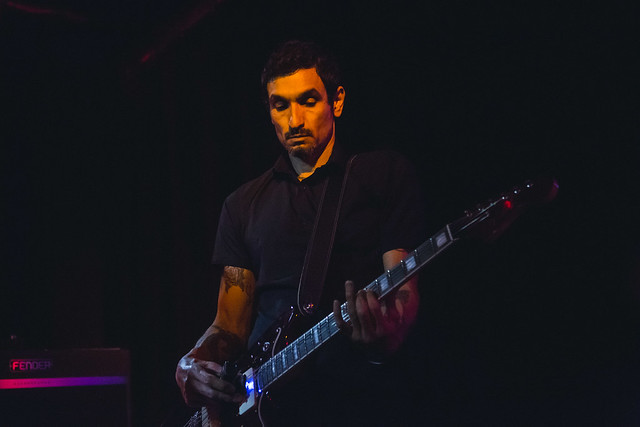 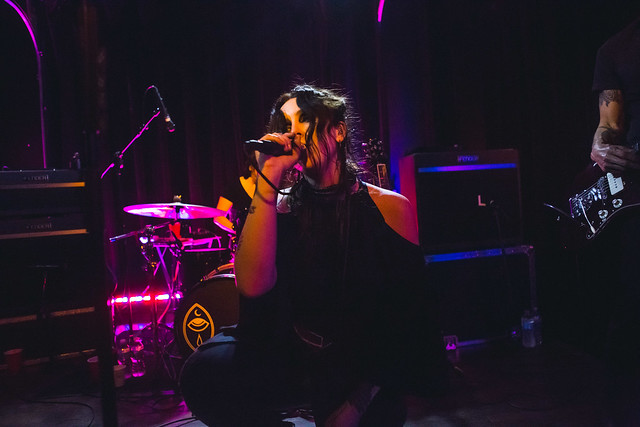 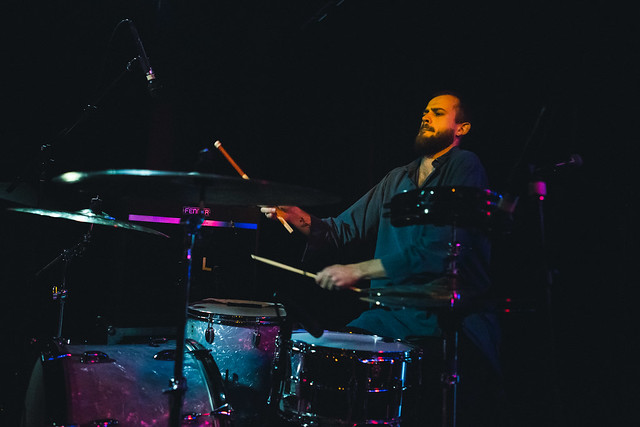 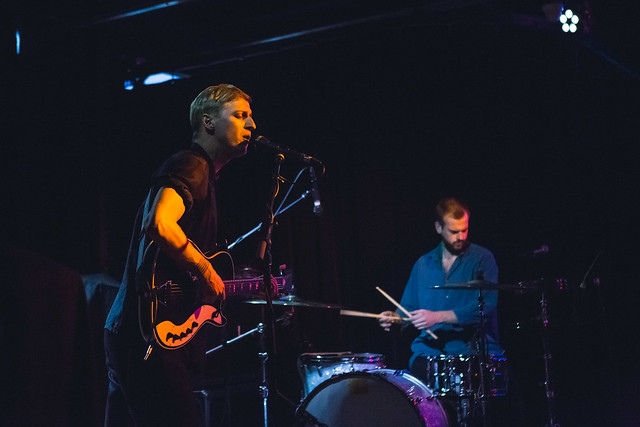 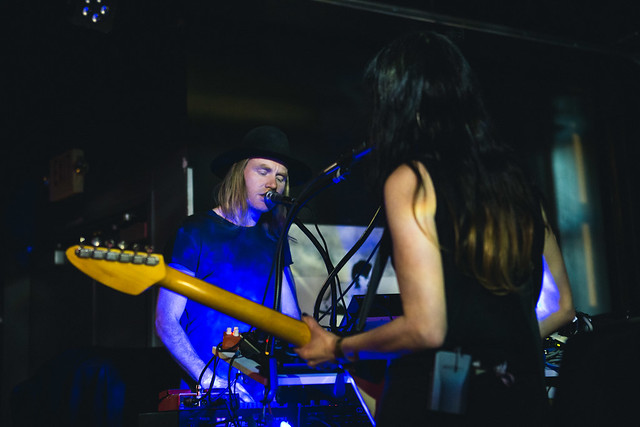 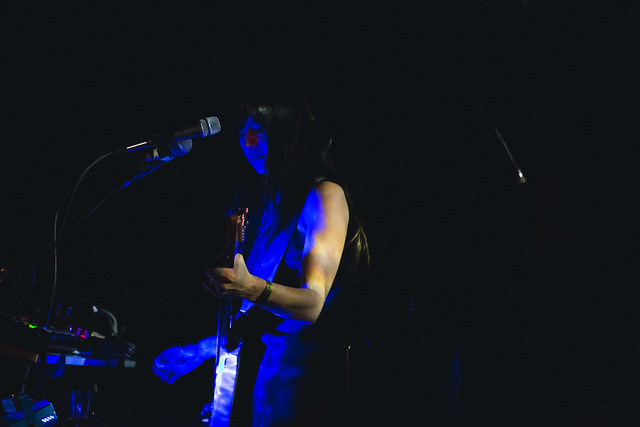 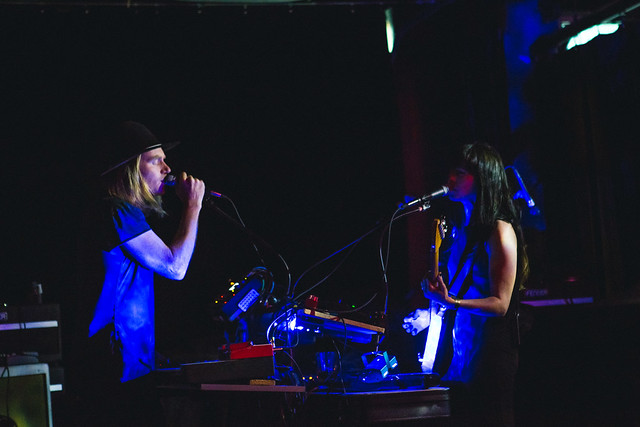 In the midst of any solid EP, there always seems to be at least one head-turning moment. Lincoln songwriter Jens Lehman’s debut has its own roughly halfway in, during “E St.” The song feels lined with city-lights, Lehman charmingly strutting down Lincoln’s main drag like a sitcom montage. His earnest voice gives way to a kind of bravado spoken-word before settling back into its comfort zone.

A singular piano pop thread runs through All That We Could Do, which drops Friday, May 27. But it also tends to duck in and out of experimentation with that classic sound, touching on funk, jazz and even classic rock. “I Want To See You Tonight” smacks of the catchiness in The Cars’ “Just What I Needed” with a guitar riff that smacks of Van Halen’s “Jump.” Producer Lucas Kellison’s prints are all over “E Street.”

And ultimately, the album’s sweetly-sung title track plays anchor, setting the tone and allowing Lehman and crew to spread outward. Hear it below:

Watch “Up And Down” below:

Pre-order the album through iTunes here.