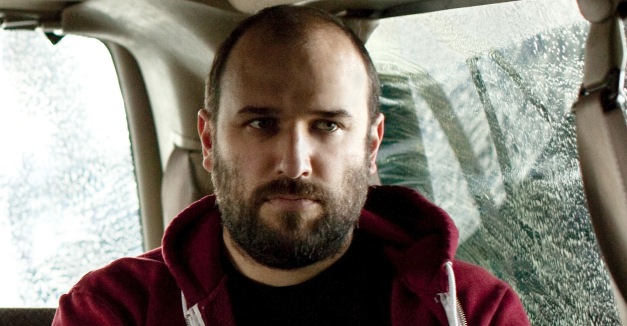 We’re happy to announce that applications for Hear Nebraska’s spring internships (and Summer 2015, as well) are now open. And this time, they’re on a nifty new page on our website. Visit hearnebraska.org/internships to apply.

As always, Hear Nebraska’s interns play a very significant role in our organization’s editorial productivity and goals during their semester-long tenure. So we’re looking for driven applicants in the areas of writing, multimedia and design. Applicants must be chiefly interested in pursuing creative passions, demonstrating dedicated work ethic and showing serious improvement.

Please email editorial@hearnebraska.org with any questions. Otherwise, the deadline for Spring 2015 applications is Friday, Dec. 12.

Back in August, the Omaha ambient composer/musician Dereck Higgins was closing in on funding the vinyl release of his new album, Murphy. Last week, the limited edition vinyl came available for order via Higgins’ label, DVH recordings. Albums from the 250-record run are $20. Order here, and you can preview the album on Higgins’ Bandcamp page.

Last year, we did an extensively personal and career-encompassing piece with Higgins. Listen below:

Seattle songwriter David Bazan returns to Omaha tonight with Passenger String Quartet. The former Pedro The Lion frontman was last through in December when he played on an Omaha billing with Cursive and Criteria. Our former managing editor Michael Todd had a great chat with Bazan then.

Tonight, you can expect to see the songwriter — who’s no stranger to the solo living room show circuit — with a full sound, set to four string players. The in-demand Passenger String Quartet has contributed its neo-classical sounds to acts, including DJ Spooky, Macklemore and Ryan Lewis, Ivan and Alyosha and more. Tickets are $20 and available here. We’d love to see how the strings handle this one in particular:

Moreover, Bazan is joined on the billing by an honorary Nebraska songwriter, David Dondero. The acclaimed folk musician visits Nebraska stages at least once a year and is a well-noted Conor Oberst influence. We reviewed Dondero’s This Guitar late last year. Listen here:

If you saw Universe Contest at Lincoln Calling last month, you know they’ve pared down their act and done some lineup substitutions: Jordan Ellis for John Freidel and Jordan Elfers for Brenton Neville. This week, the band created a new Facebook page, saying it was “locked out” of the one it toured with this spring and promoted to the tune of 1,800 followers. You can now follow the retooled Universe Contest here.

Also, this page’s description may be the first official proclamation that Saber Blazek (Halfwit, formerly Machete Archive) will play bass in the band. Universe Contest said at Lincoln Calling it will return to the live stage in 2015.