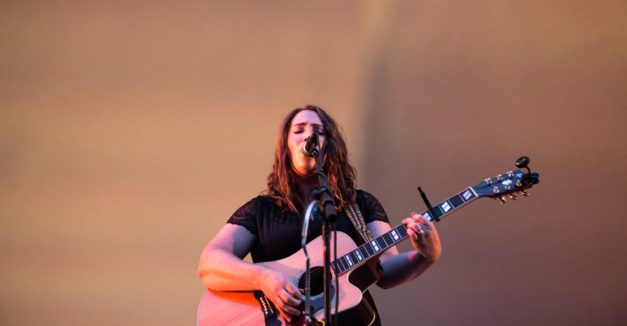 Tour is undeniably a grueling experience. The nights when a show goes smoothly — no stage to build, no coordination issues, a crowd-pleasing trio of homegrown acts — are to be cherished for their simplicity.

With the Grant bandshell and city park as its backdrop, the 2016 Good Living Tour entered its final weekend on the strength of three singer/songwriters and a much-needed break from the heat.

Karen Choi was next up, the Lincoln folk artist belting songs from sophomore album Through Our Veins in a powerful, country-tinged alto. Matt Whipkey followed by cranking out a solid hour, flailing his hair long rockstar hair and cutting loose on aptly-titled closer “1:59.” 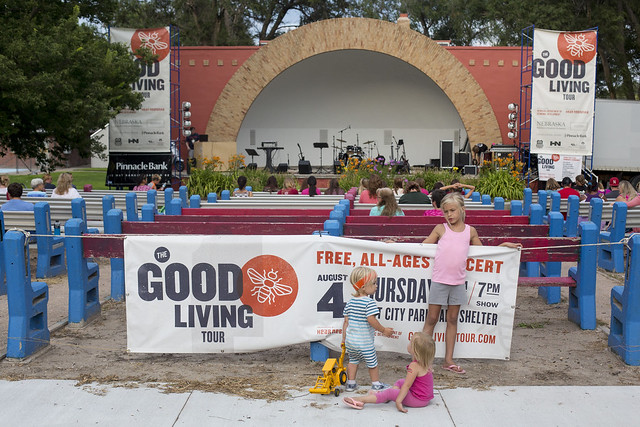 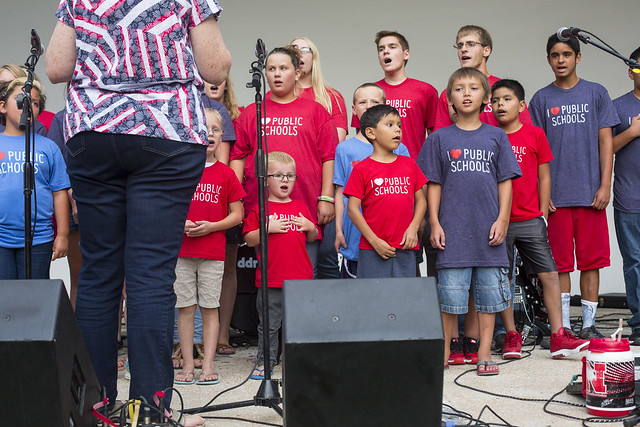 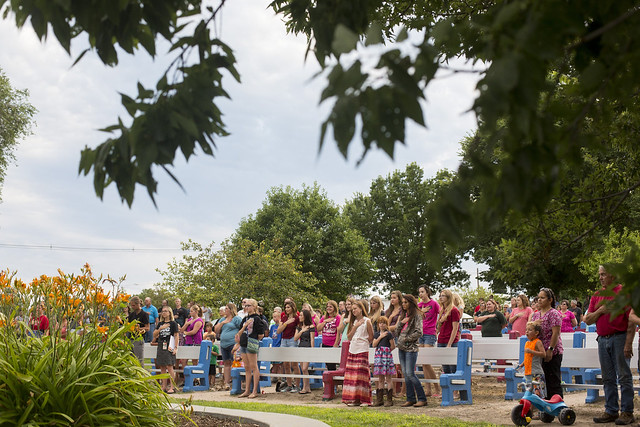 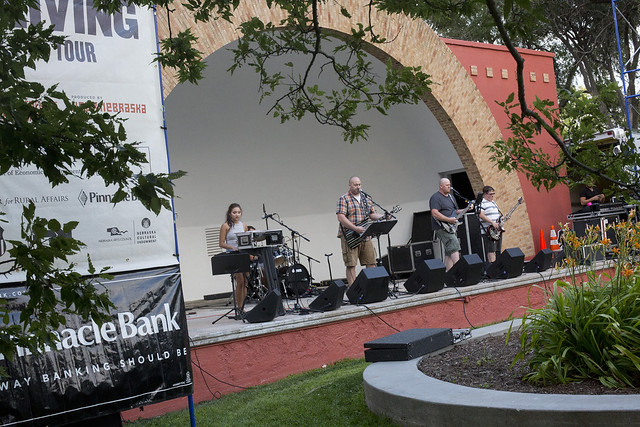 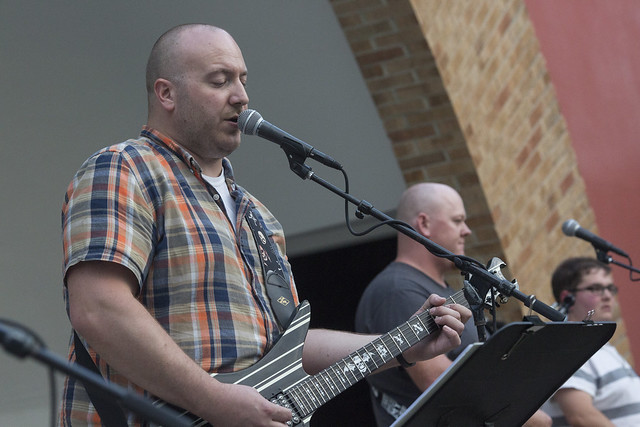 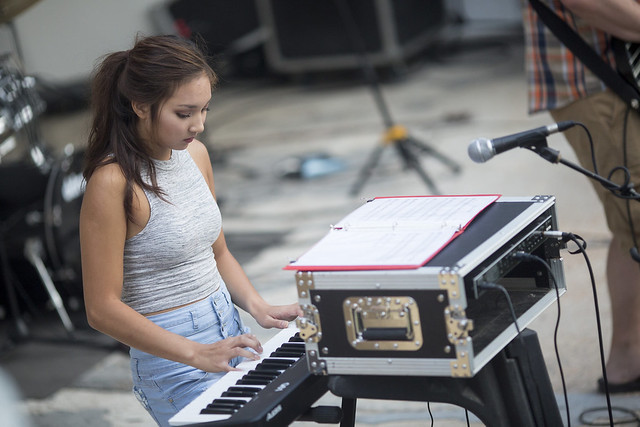 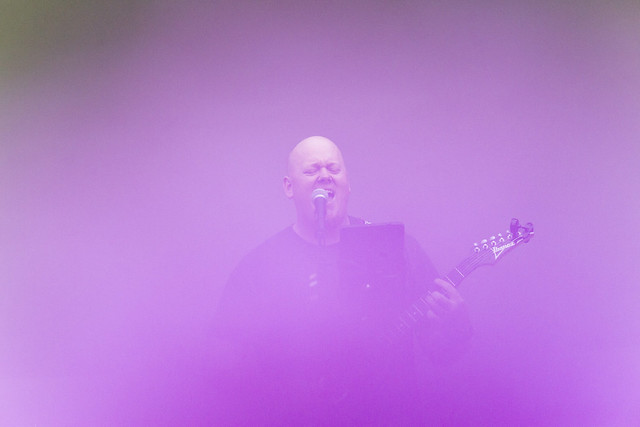 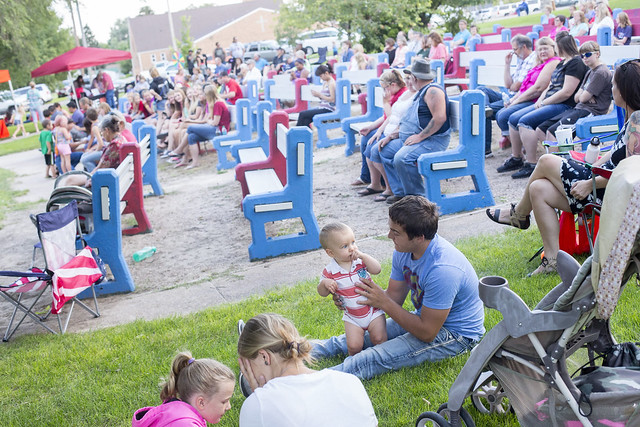 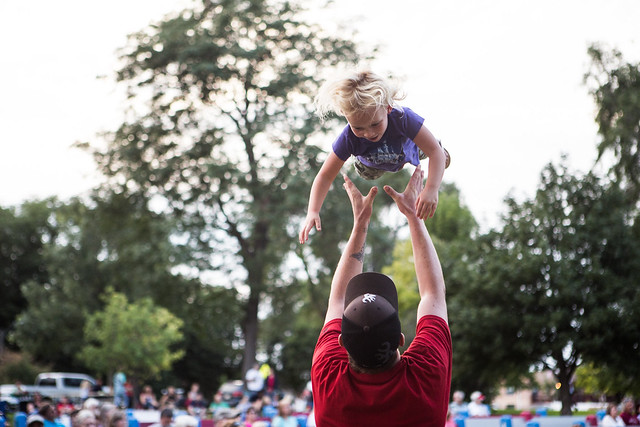 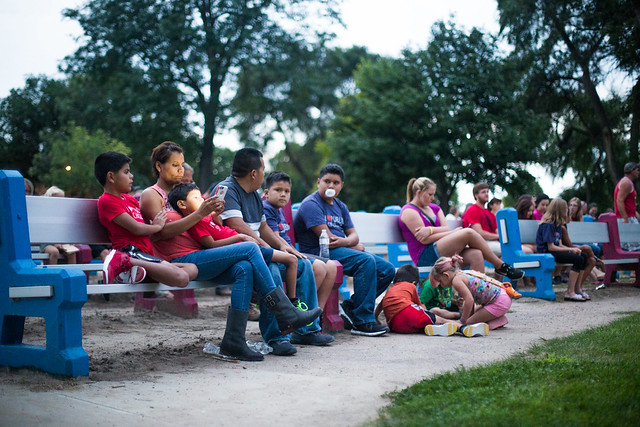 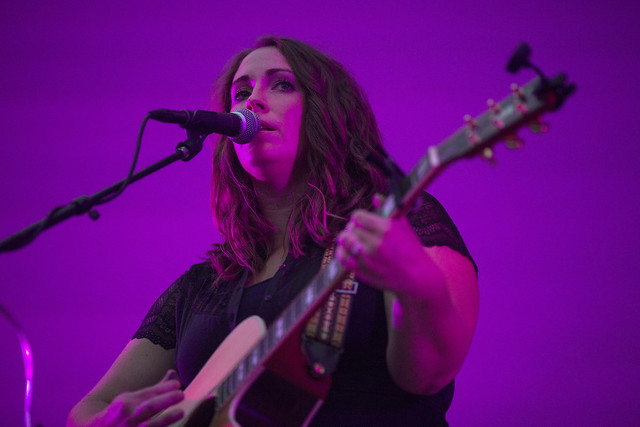 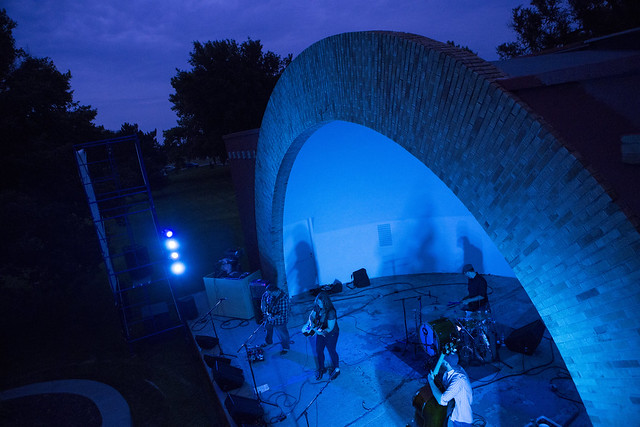 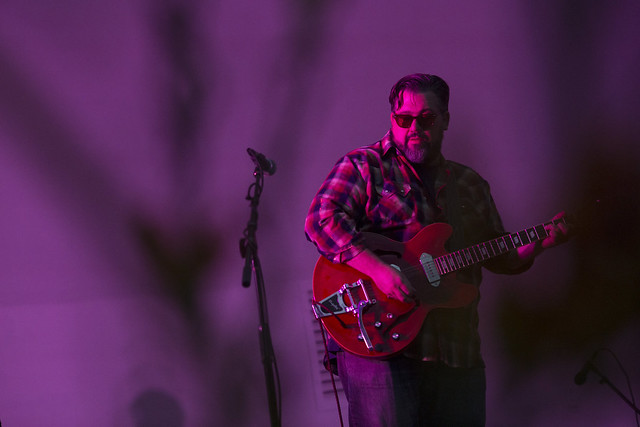 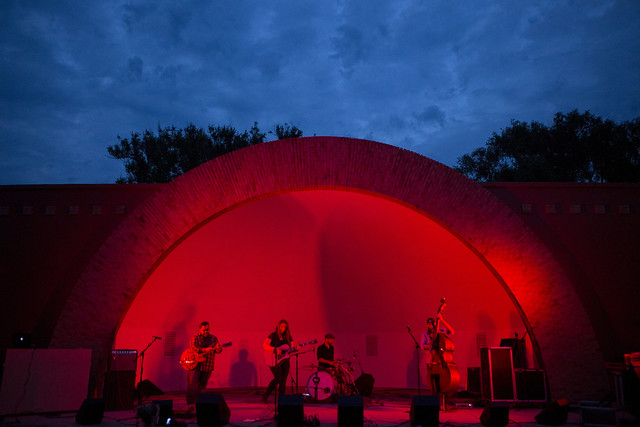 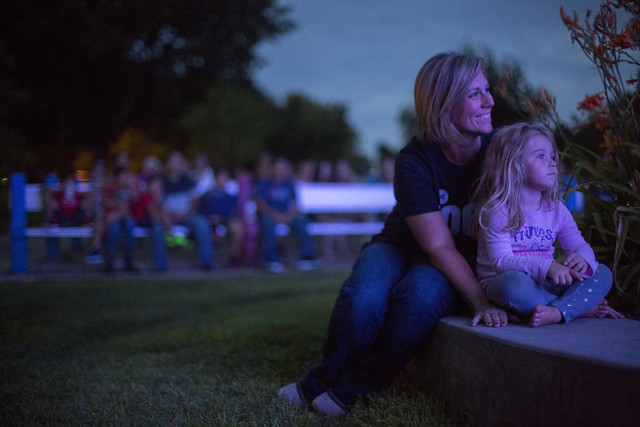 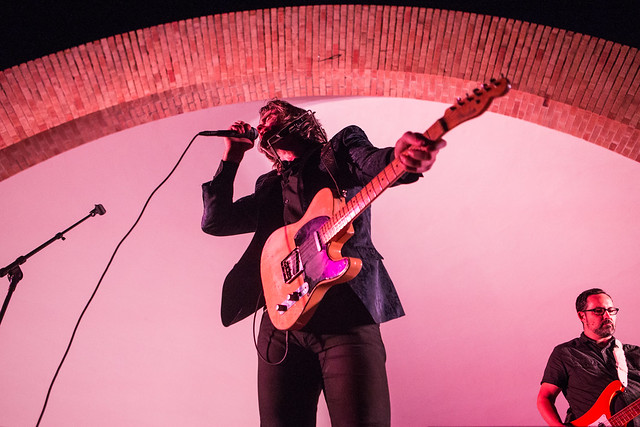 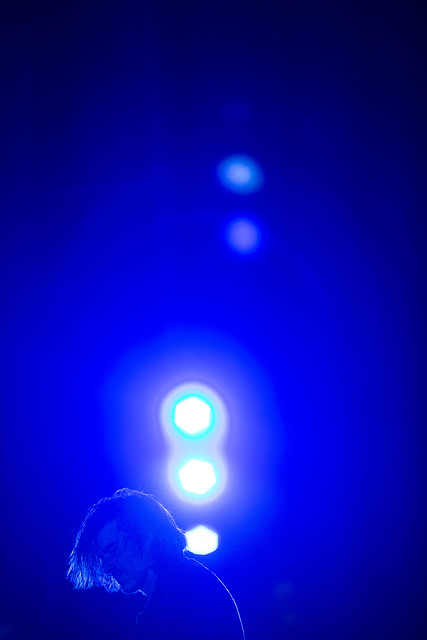 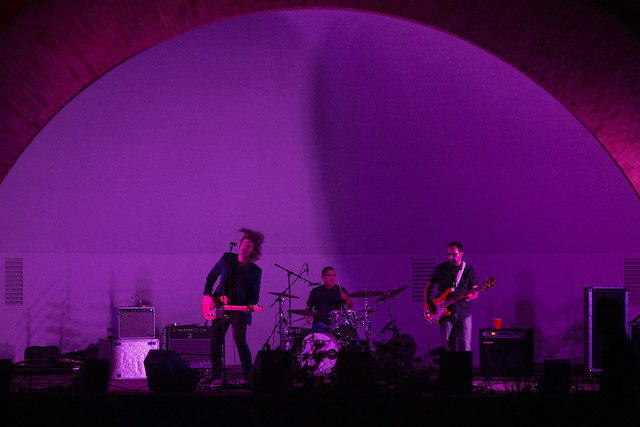 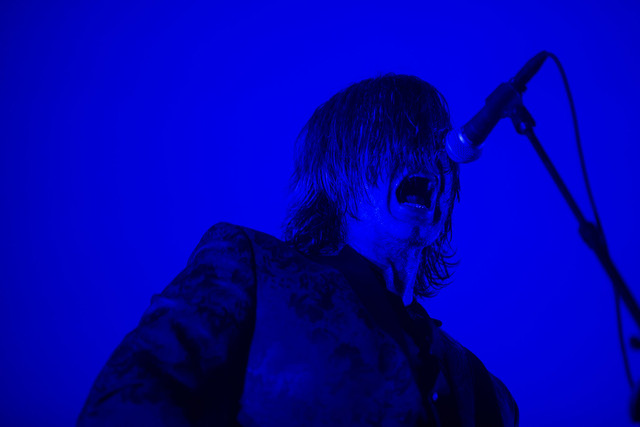 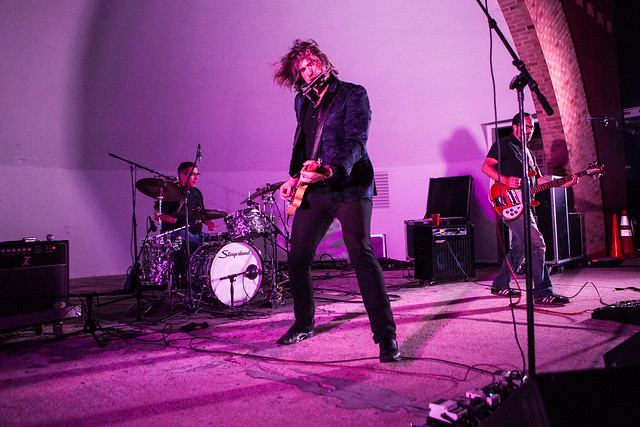 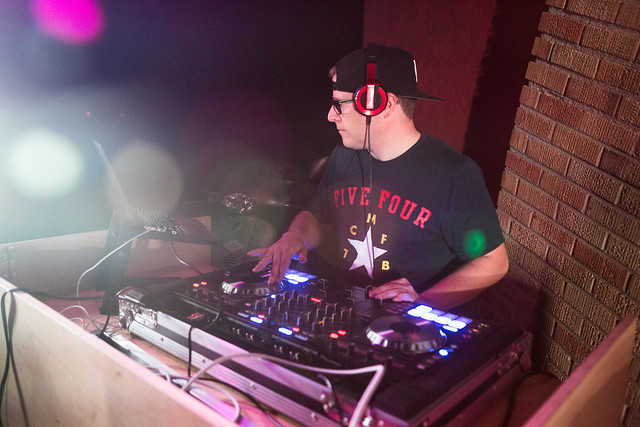 When The Faint announced its Fall 2016 in May, some sort of new album seemed imminent considering the single that appear with it. It looks like they will deliver.

The forthcoming album also includes a bonus EP which features “Young & Realistic,” the new track it premiered earlier this year, as well as two bonus tracks in “Skylab1979” and “ESP” (hear the former below). CAPSULE releases Sept. 30 (via Saddle Creek) on CD and silver vinyl.

The Faint heads out on tour the day prior CAPSULE’s release, spending a month on the road with Gang Of Four and Pictureplane. The trip culminates in a Halloween-night show at Sokol Auditorium (RSVP here).

Tonight, the Hear Grand Island concert series gets funky with reggae act Cruz Control and jam rock trio Commander Kilroy. Cruz Control hails from Kearney, and is part of the regular crop that plays Gillie’s Bar. Commander Kilroy hails from Lincoln, and released its Howl At The Moon EP, which it recorded in its home studio, in December.

Only three weeks remain in the free, family-friendly downtown concert series. Tonight’s event starts at 6 p.m. at Railside Plaza with music at 7 p.m. Find the schedule and RSVP here.

Also tonight, Omaha rapper Conny Franko plays the album release show for La Maga at Slowdown. Franko and DJ Kethro return home from a quick California tour in support of the album, which officially released last week (for Omahans, via Franko’s hand-delivery). Franko filled us in on his pilgrimage to Cozumel, Mexico and the album’s creative process in a feature we ran earlier this week. Read it here.

Also Saturday, Omaha singer/songwriter Bach Mai releases an album in the Slowdown front room. The debut record was recorded earlier this summer at Make Believe Studios. You might also know Mai from a series of YouTube cover videos, more recently one by Taking Back Sunday (my high-school heart swells) announcing the show (see it here). Omaha acts Charlie Alley and The Cavalier open the 8 p.m. show. Entry is $5 today, $7 tomorrow. RSVP here.

Head to our statewide calendar here for a fuller listing of shows this weekend and beyond. If you do not see yours or one you plan to attend, leave it in the comments or add it yourself here.