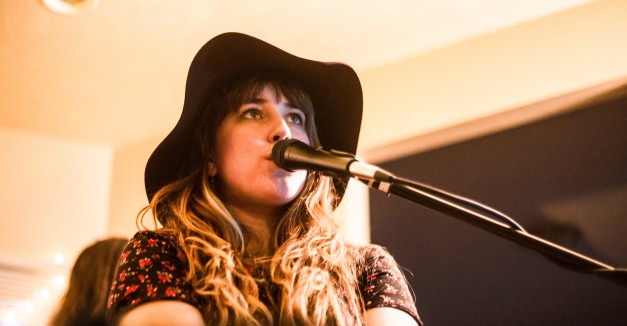 Close your eyes for just a minute, and you might have forgotten you were in a crowded living room. Spacey guitars clang around the room, synth washes over the crowd like waves and the chilling harmonies of Jordan Reynolds and Zach Preston spread out as if in the Holland Center.

In the latest Sofar Sounds Omaha video, Bowling Green, Ky., psychedelic rock band Buffalo Rodeo are, in fact, in a tightly-squeezed den. The clip captures their April 27 performance in the sames space in which Orenda Fink performed — as seen in the video debut Wednesday.

Buffalo Rodeo’s performance of “Always Want It Back” recalls 1970’s acid rock forerunners. Reynolds’ voice wavers and shakes like Grace Slick, and you get the sense that this could have been an alternate route for Jefferson Airplane had they skipped the 1980s.

The next Sofar Sounds show is Saturday, Aug 22, and as always, performers remain a surprise up until showtime. If you are interested in attending a Sofar show, sign up for the mailing list at SofarSounds.com or directly here.

Check out the second Sofar Sounds Omaha video premiere of the week below, featuring Buffalo Rodeo:

Yesterday, singer/songwriter Orenda Fink performed from the Hear Omaha stage at 13th and Howard. Her original performance, scheduled for June 11, was rescheduled due to rain. Our Samuel Bennett was on hand to grab a few photos — his last Hear Omaha before shipping off to Hastings for the fall semester.

Hear Omaha continues on next week with hip-hop duo M34n Str33t, also a rain-date. There are only two more free noontime concerts left, and as always, we thank the Greater Omaha Chamber for sponsoring the series. 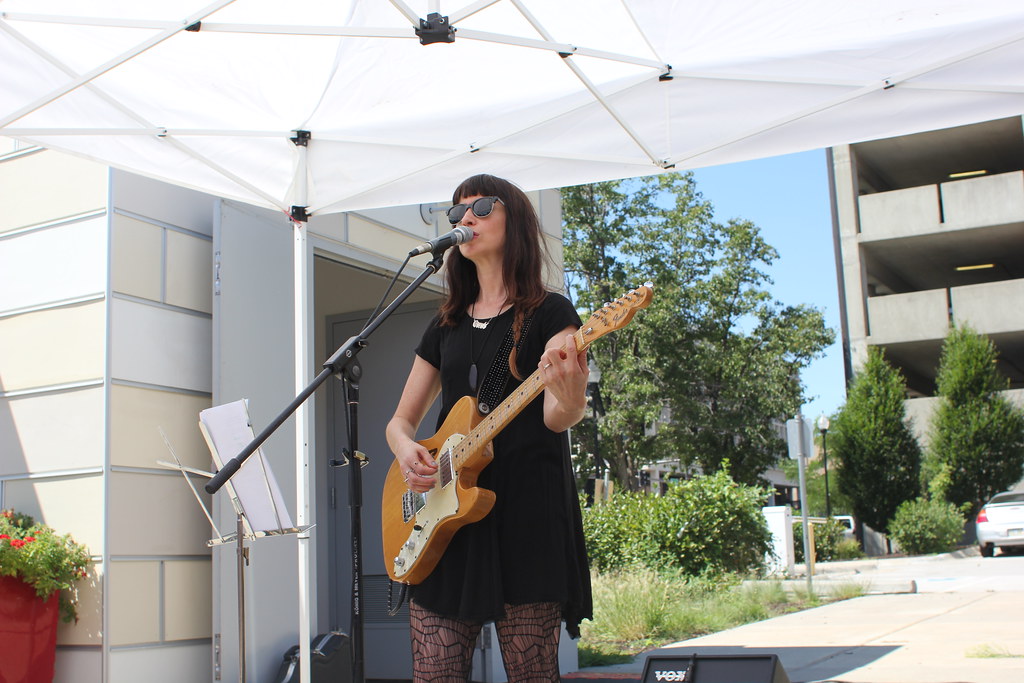 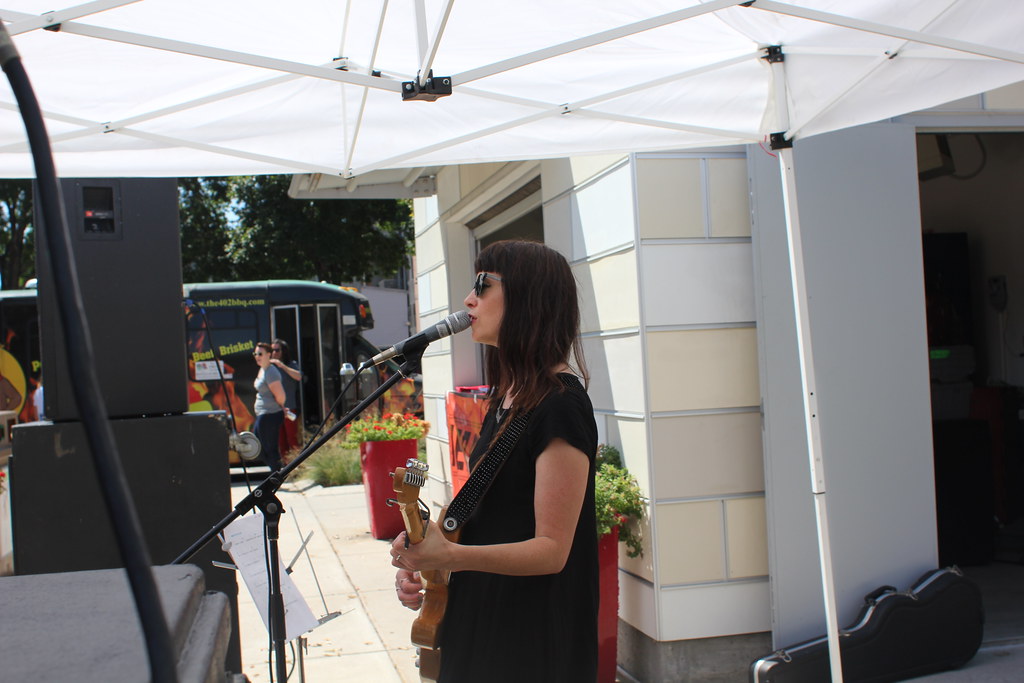 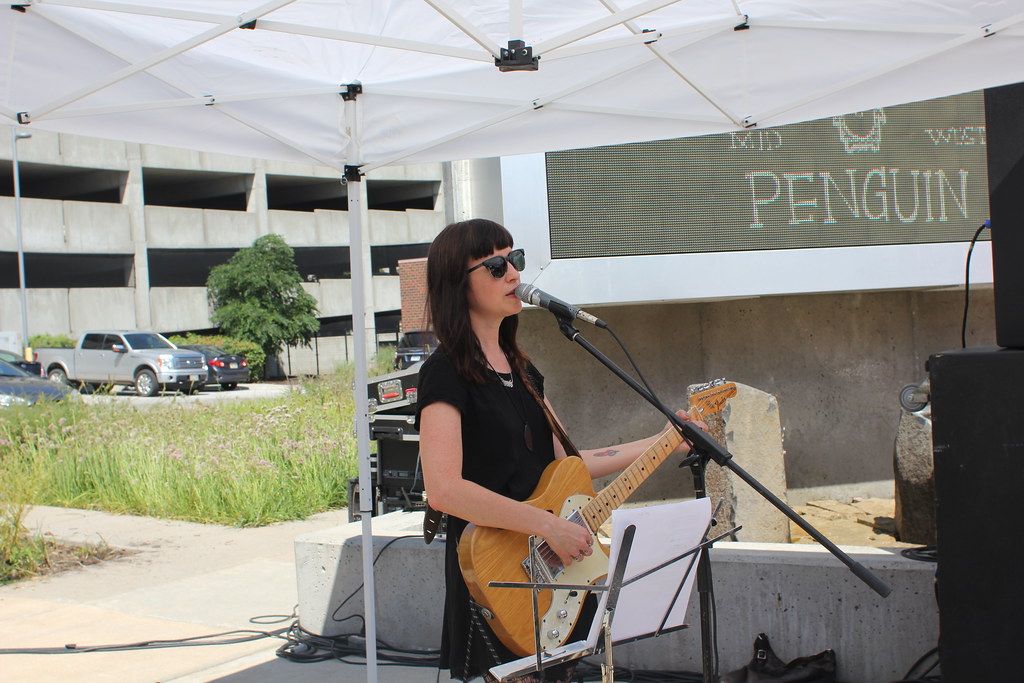 Even in the most simple Both songs, emcee Scky Rei’s social criticism shines through. The first single from its new Bothsucks EP uses a little help from a brand new music video.

“Airwaves” can be read as a straightforward love song. Even with allusions to drug use — so prevalent in Scky’s lyrics as detestable yet accepted habit — “Airwaves” is sweet and honest.

Plug it into the visuals, and the alternate interpretation is clear. The camera pans left to right and back, the rapping emcee in the middle, his conscience telling woman after woman the same line. Even so, the floating feeling remains.

Watch the new video for “Airwaves” below, featuring DJ INFNTLP and guest vocalist Rothsteen recording from a radio control room.

And speaking of the new album, Make Believe Studios’ Keith Rodgers hits the streets in a new promo video for Bothsucks. Rodgers grabs unsuspecting listeners off the street to take the new album for a spin.

In classic, self-deprecating Both fashion, every single one of them hates it. A choice quote: “Are they still working on it?”

Check out the promo video here.

This Sunday, Omaha independent theater Film Streams continues its Sights On Sounds summer programming with 1974 Les Blank documentary A Poem Is A Naked Person, about Rock and Roll Hall of Famer Leon Russell. Here are a few words on the film from Film Streams’ website:

“An ineffable mix of unbridled joy and vérité realism, A Poem Is A Naked Person presents the beloved singer-songwriter and Rock and Roll Hall of Famer Leon Russell as filmed by documentarian Les Blank between 1972 and 1974. Blank’s camera lets us into the world of Russell and his friends and fellow artists in and around his recording studio in northeast Oklahoma, capturing intimate, off-the-cuff moments and combining them with mesmerizing scenes of Russell and his band performing live.

“This singular film about an artist and his community never got an official theatrical release and has attained legendary status. Now, after more than forty years, it can finally be seen and heard in all its rough beauty, thanks to Janus Films.”

The screening starts at 7 p.m., and like the other installments, runs Sunday only. RSVP here.

Maha Music Festival is finally here. Tomorrow, thousands of fans will descend upon Omaha’s Aksarben Village for 12 bands, comedy, poetry, local food and businesses and a ferris wheel. To get you ready for the all-day festival, check out our super-guide here.

Tickets to the festival are $50 today, $60 tomorrow, though it would behoove a hopeful attendee to grab theirs today, as it seems to be approaching a sell-out. Tickets can be found here.

In Lincoln, community sharing event Do-It-Ourselves Fest has already started, with SP CE Commons hosting a swath of DIY workshops. The music portion begins tonight and runs through tomorrow. Check out our preview of DIO Fest here, written by HN contributor and workshop leader Amanda Huckins. All workshops and concerts are free to attend. RSVP here.

Tonight, Des Moines hard rock trio Pets With Human Names will perform at The Bourbon with Lincoln’s Meadow Rave and White Tuxedo. Pets With Human Names released its debut LP in Sept. 2014, an aggressive collection of screamers and post-hardcore akin of a clash between Queens of The Stone Age and AFI. Tickets are $7 for 18-21, $5 for 21+. RSVP here.

O’Leaver’s hosts a pair of intriguing shows this weekend. Tonight, Austin, Texas, prog rock band Megafauna plays with Omaha’s Lineman’s Rodeo and Laika The Space Bitch. Megafauna toured with Cursive in the Spring, and will bring a high-energy show to the intimate venue. Entry is $5, RSVP here.

Tomorrow night, Oquoa will take the O’Leaver’s stage, joined by Sean Pratt and the Sweats, Nathan Ma and the Rosettes, and a yet-to-be-named surprise guest. On the same day as Maha, we wonder it’ll be an earlier-performing festival act (no proof of that, just a muse). Entry is $7, RSVP here.

For the rest of the weekend slate of shows, check out our statewide events calendar at hearnebraska.org/events. If you do not see your show or one you plan to attend, email us at news@hearnebraska.org. Use that same email for news tips, story ideas and song submissions. We’d love to hear from you.