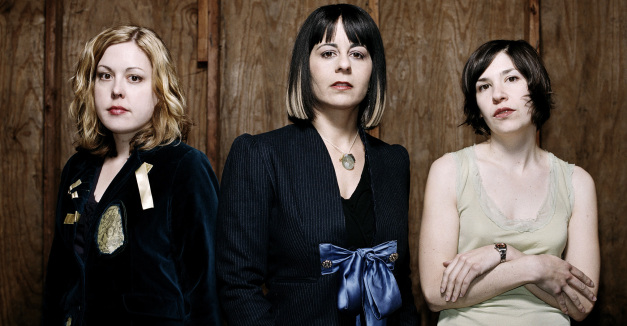 The influential ‘90s indie rock band Sleater-Kinney will play Slowdown on Feb. 13: this following last week’s announcement of a new album, slated for Jan. 20 on Sub Pop. No Cities to Love will be the band’s first release since 2005. The trio went on hiatus in 2006.

Since their ‘90s ascent as part of the Pacific Northwest riot grrrl movement, Sleater-Kinney’s members have been busy. Guitarist and vocalist Carrie Brownstein has played with Wild Flag, as well as and developing and starring in Portlandia. Corin Tucker has had a fruitful music career with The Corin Tucker Band. And drummer Janet Weiss has played with The Shins and Stephen Malkmus and the Jicks.

Tickets go on sale Friday at 10 a.m. RSVP to the show here.

The Omaha rapper Conchance will hit the road for about two weeks next month, stopping in Lincoln, Lawrence, Kansas City, Denver and a handful of shows in Los Angeles. Conchance says he’s still booking radio spots and looking for more gigs.

Omaha producers, a frequent Conchance collaborators, Dojorok and Kethro will hit the road with him.

Saintseneca plays Vega tonight with Busman’s Holiday, Lars and Mal and Sheridan. The folk-rock band played Slowdown at the beginning of the month, and spoke to Hear Nebraska about their most recent, Mike-Mogis-produced album here. RSVP here.

Dum Dum Girls plays The Waiting Room tonight with Ex Cops and Yes You Are.

The quartet, which played Maha in 2012, released Too True in January on Sub Pop, drawing comparisons to the likes of Siouxsie and the Banshees, The Cure and The Jesus and Mary Chain. Tickets are $15. RSVP here.

Monday means add day on HN Radio, streaming at the top of every page on our site.

As per last week’s announcement of Cursive’s The Ugly Organ reissue, we’re streaming the remastered version “Art is Hard.” We’re premiering a suite of Live at O’Leaver’s songs by Lincoln pop-punk band Once a Pawn. Also, we’re rolling with a new song from the Omaha Americana band Virgin Mary Pistol Grip.

Other highlights: a few live tracks from Mitch Gettman’s in-studio appearance on Hear Nebraska FM last week, and some M34N STR33T, Kait Berreckman and Orion Walsh on top of that.

We’re joined on Hear Nebraska FM tonight by All Young Girls Are Machine Guns. The Omaha pop-rock group is working on a new album currently, and we’ll see if frontwoman/songwriter Rebecca Lowry previews with some solo acoustic versions of those new songs on tonight’s program.