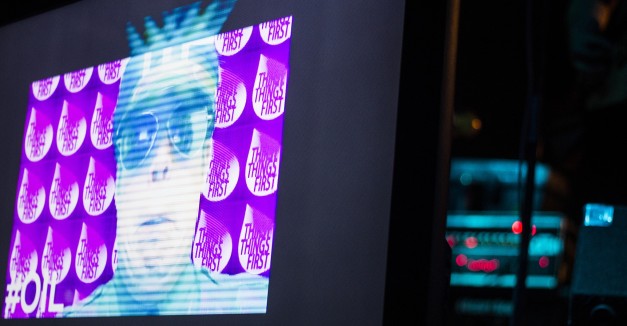 Licensing music for film, advertising and television use can be a valuable moneymaker for any studio. Silver Street Records has started a songwriting project that aims to build an original library of songs for that purpose, featuring a rotating cast of local musicians.

Hull says that “Mercy” is the first in a line of songs marked specifically for licensing. Hoyer’s thick soulful vocals lend themselves to contrition, as the narrator literally begs for mercy from a loved one. Shepherd adds his own percussive flair, while horns accent the track.

Soul Colossal is currently on tour, playing a string of Colorado dates this weekend on the way back to their live album release next weekend (RSVP here).

Hear “Mercy” below via its lyric video:

Rapper Sleep Sinatra continues his (unofficial) series of Lincoln-Omaha collaboration with “Yasuke’s Betrayal,” which features Omaha emcee VERZE, who heads A.R.T. Collective. Produced by Lincoln-based CrooksDaKid, the track is signature Sleep Sinatra, with the Lincoln emcee’s tempered yet confident delivery and a retro soul/funk feel. VERZE adds a dash of dark energy for his turn at the mic.

Hear the “Yasuke’s Betrayal” below:

If you’re unfamiliar with the Thirst Things First background story, in which no-name human telemarketers are recruited by the transmission BOOT:\\ to fill his propagandizing band, frontman Mikey Elfers is telling the story in a new web series.

The second installment of TTF OILIGINS, “No Name Telemarketers,” debuted yesterday. In this episode, we meet deadbeats Al (Alec Wise) and Mikey (Elfers) as they stumble through their jobs and are ridden by their boss, Jarsh (Josh Miller, who recently joined TTF). The series — releasing out of chronological order Tarantino-style — began a month ago with episode V, in which we meet Laser, a professional wrestler who lives in his basement.

It’s a silly story that promises to get even weirder as more videos are released. Credit Elfers devotion to the gimmick; in addition, the band plans to release new EP J.O.R.D. Don’t Play sometime over the next few months.

See Episode II of OILIGINS below, and catch up with the first installment here.

And back in Omaha, Saintseneca plays Reverb Lounge with band-member side projects The Sidekicks and Yowler. Saintseneca released its third LP Such Things October 9 on ANTI- Records. Read our review of the new album, which was recorded at ARC Studios, here. RSVP to the 9 p.m. show here.