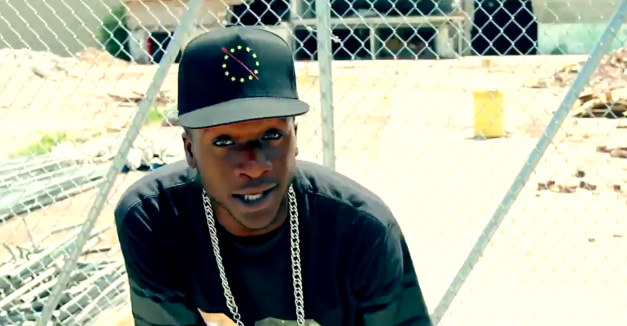 Welcome to the ancient pyramids. Scru Face Jean is your guide. He’s also your pharaoh-in-residence.

The Lincoln rapper dropped a new video today for his song “Pharaohs.” In the wake of his latest album, Black Caesar, Scru appears to be riding a train of old world dictator references in his recent work. Self-empowerment and self-aggrandizement arrive side-by-side because of it.

Stick around for a choice Vincent van Gogh diss about two-thirds of the way through the video. It’s not every day a Lincoln rapper calls out a Dutch painter.

Scru also announced this week that he’ll open for Cleveland hip-hop heavyweight, Machine Gun Kelly, at The Bourbon on Oct. 19.

Matt Cox releases his new album tonight at the Waiting Room with Sarah Benck, The Filter Kings and the Electroliners. Tickets are $7.

The country/Americana artist has been playing with Matt Cox Band since 2008 and has won an Omaha Entertainment and Arts Award every year since 2009. Nishnabotna, released on Sower Records, is Cox’s fourth album. Cox will play a Lincoln album release show on Aug 22. at the Zoo Bar with Gerardo Meza and the Bottle Tops.

Looking ahead to the weekend, AZP and Sidewalk Chalk play the Zoo Bar in Lincoln tomorrow night.

AZP has shown themselves to be one of the best draws in Lincoln with their soulful, piano-driven hip-hop. Similarly, Chicago’s Sidewalk Chalk, who always draws a large and energetic crowd when the play the Zoo Bar, plays like a classic jazz quintet with a rapper for a lead singer.

These two make for a great match on a Lincoln billing. And with the frequency they play here, the Zoo Bar should consider just keeping Sidewalk Chalk on retainer.