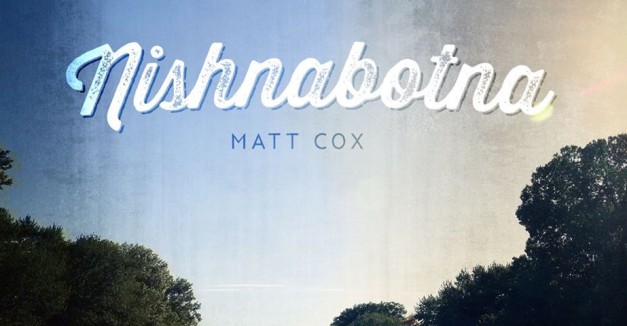 But it does grow. After Matt Cox’s song chronicles the soaking of Midwestern flood-planes, it presses beyond just water into various social onslaughts. The song sees social security failing, politicians floundering. The breaking of Gavins Point Dam was, perhaps, the proverbial last straw for humanity.

“Gavin’s Point Dam” is the second track from Cox’s forthcoming full-length, Nishnabotna, due out Aug. 8 on Sower Records. It’s the Omaha folk musician’s fourth studio album, his first release in three years. The album was recorded and mastered at Hidden Tracks Studio and J Garrett Sound Productions, and Nishnabotna will be released in Omaha at The Waiting Room on Aug. 8 and in Lincoln at Zoo Bar on Aug. 22.

Both the album title and the song title refer to spots along the Missouri River, although Gavins Point Dam is on the border of South Dakota and Nebraska and the Nishnabotna tributary begins much further south.

It’s a boot-dragging, rhythmic ballad with an unexpected key change, musically ushering in the expansion of a tune about levies into a song about humanity’s relationship to nature — an increasingly ominous one.

“Gavin’s Point Dam” is streaming all week long on HN Radio, or you can listen to the premiere right here: