Two weeks away from its impending release, Connor Oberst’s forthcoming solo record is out in the open.

Ruminations is available for streaming now via NPR First Listen. As Stephen Thompson’s article notes, the sparsely adorned LP comprises some of the Omaha native’s “ … darkest and most personal songs, rooted in isolation … ”

And it’s no surprise, in the wake of Oberst’s recent health and stress issues, which came to a head at the end of last year with a tour cancellation and hospitalization. There’s still an element of pep, where one can imagine more fleshed out arrangements; his band played a couple during its Grand Island set in August. But where the focus is usually on Oberst’s lyrics, they are alone in the spotlight, with his lilting voice, piano and a smattering of harmonic.

The Faint compilation album out today

The Faint’s career compilation CAPSULE:1999-2016 is out today on Saddle Creek Records. Spanning 16 years of electro-punk, the record includes favorites like “Worked Up So Sexual” and “Agenda Suicide,” as well as three new tracks “Skylab1979,” “ESP” and “Young & Realistic.”

The first of The Faint’s new tracks, “Young & Realistic,” got a video release Wednesday to coincide with the band leaving on a month-long tour with Gang Of Four and Pictureplane. HN multimedia intern Lauren Farris filmed a video interview with them Wednesday as they ran through final rehearsals; look for that feature next week.

HN contributor (and former intern) Cara Wilwerding caught the show at Barley Street Tavern last night. Kansas City/Indiana-based bluegrass duo The Matchsellers swung through town to start a month-long tour, this stop supported by Omaha rock group White Wolf T-Shirt. Violinist Julie Bates and guitarist Andrew Morris met while teaching English in Leipzig, Germany, in 2012. They quit their respective jobs in 2013 and have essentially been on the road ever since, playing more than 150 shows per year. 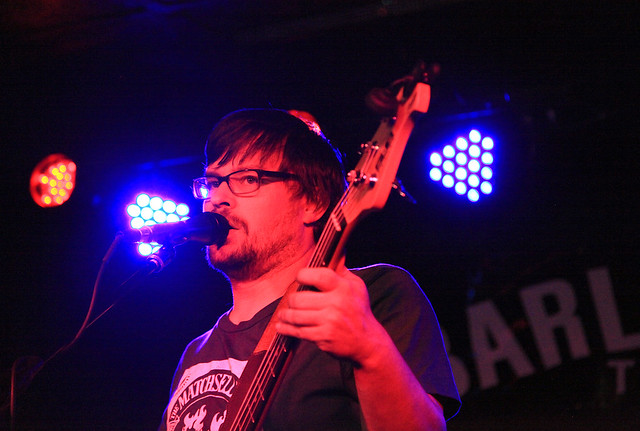 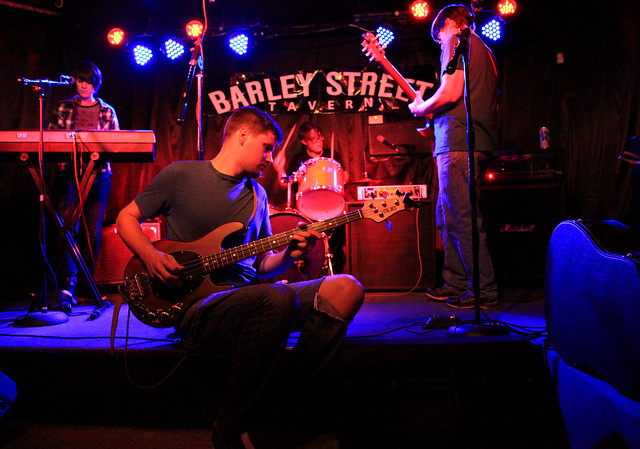 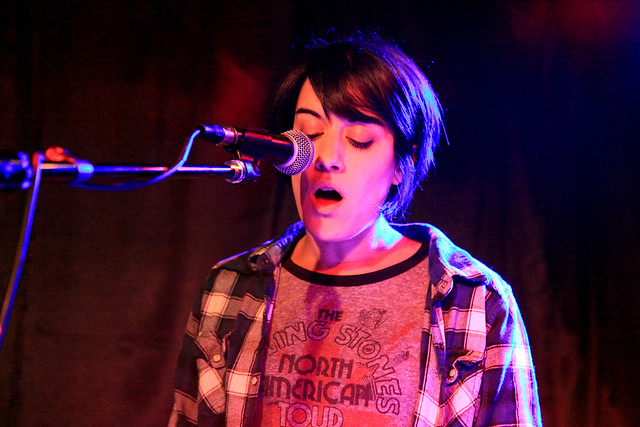 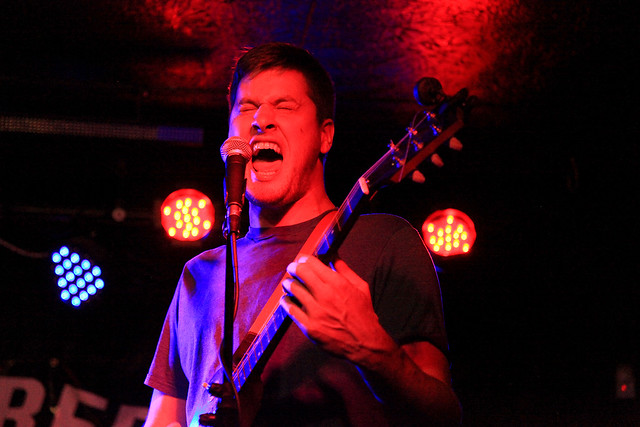 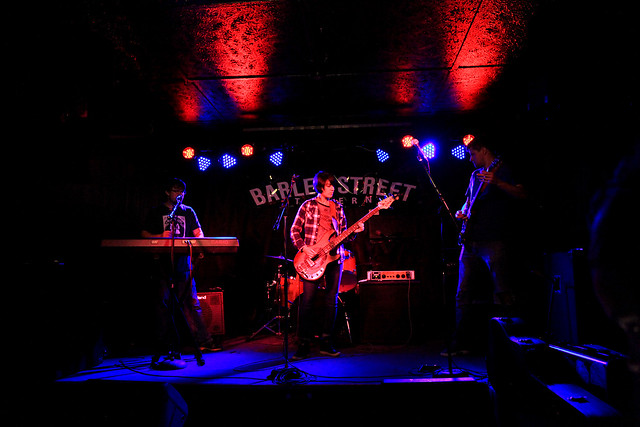 above photo by Emily Carnley 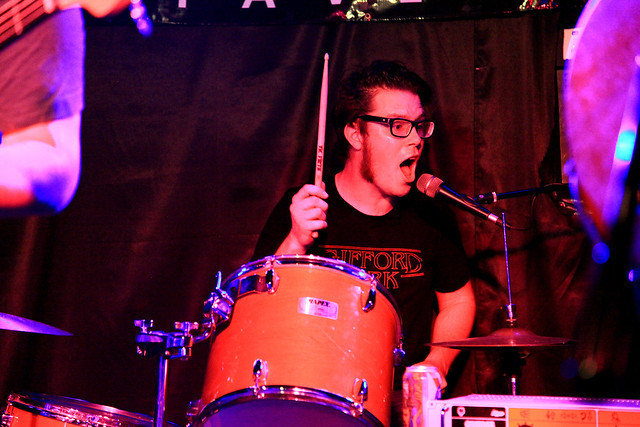 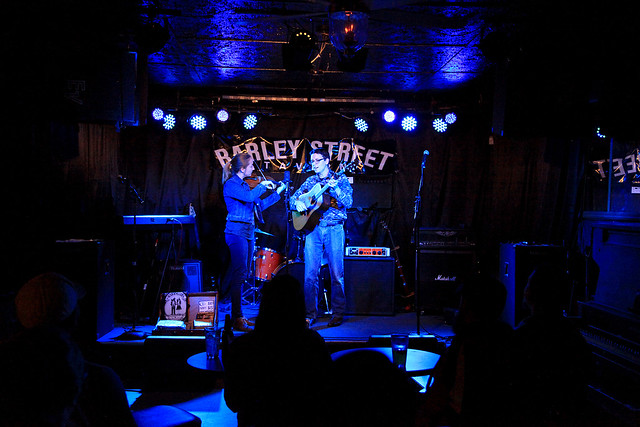 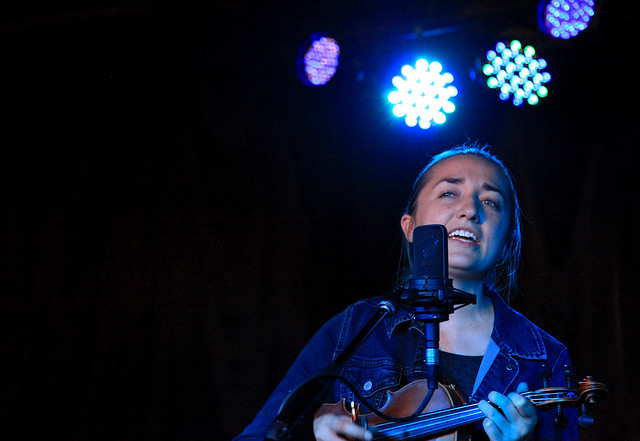 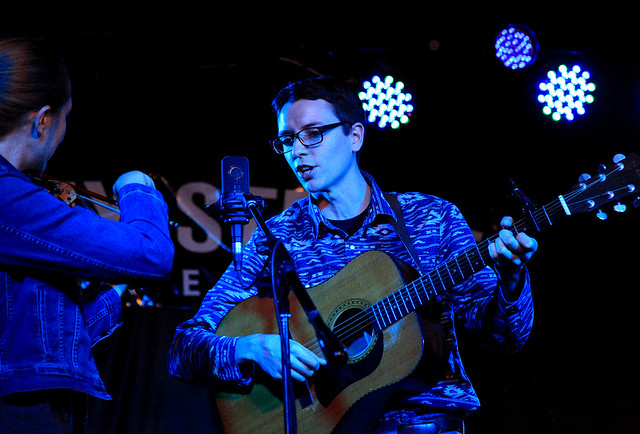 Let’s roll quickly through the rundown of weekend shows:

Plack Blague, Ruby Block, Chalant at Reverb Lounge – Before he gets down and dirty at his specially curated Lincoln Calling showcase next weekend, Plack Blague hits Omaha with Ruby Block and Chalant. $6, RSVP here.

Musicians: have an upcoming tour, new music or video release or other goings on? Email news@hearnebraska.org.