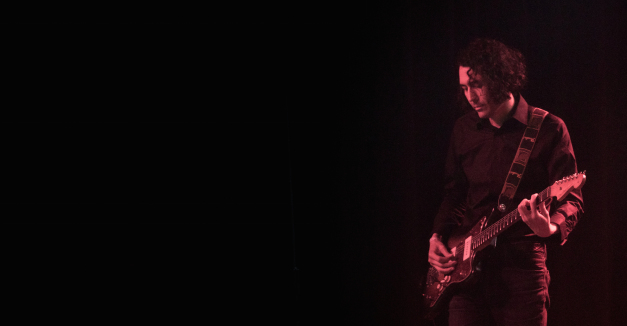 Before we get going on today’s news, here are a few photos from first-time Hear Nebraska contributor Amélie Raoul from Friday’s Ritual Device/Cellophane Ceiling reunion. We weren’t able to send anyone to the show, but you can read our feature story on Ritual Device here. Also, Tim McMahan did an expert job. His live review is here.

While we do our best to cover all Nebraska music as much as we can, we fully admit that things slip under our small staff’s radar. Lucky for us, people like Damascus Wootz run websites like Badass Concert, which is dedicated to covering Nebraska metal music.

He’s got voices from Surveying the Damned, Megaton, Dark Apostle, A Different Breed and more. Each participant weighs in on their top five (mostly metal) albums of 2014. We’ve compiled a few of our favorites here, but do check back on the larger link. There’s many more lists, and more may be added in the coming days.

Tyranny of Will by Iron Reagan

-Chosen by Larry Sandoval of Surveying the Damned

Tyranny of Will by Iron Reagan

-Chosen by Steve Smith of Megaton

A Skeleton Domain by Cannibal Corpse

Symmetry in Black by Crow Bar

Here’s a friendly reminder to all our musician friends that NPR is running a Tiny Desk Concert contest.

The winner gets to perform a Tiny Desk concert at the NPR Music offices, playing the same space as the likes of Saintseneca, Adele, T-Pain, Wilco and so many more.

Entries should be videos of an original song shot at any desk. The deadline is Jan. 19. Find all the info here.

It’s probably time to start thinking about New Year’s Eve shows. You can see a fuller list on our calendar, but defunct prog rock band The Machete Archive reunites at Duffy’s Tavern. In anticipation Love Drunk Studio released a video today from the band. Check it out.

Louisiana hardcore band Pears is playing a house show tonight in Omaha with The Ridgways and DSM-5. If you’re interested, you probably already know, but you can find the event on Facebook. The show is at a private residence so its been understandably kept quiet, even if the house has made its name on hosting shows.

In case you need a refresher on some of the best music to come out in Nebraska this year, we’ve got a massive year-end playlist streaming on HN Radio all week. Check it out at the top of any page for tracks by Lars and Mal, Sam Martin, Universe Contest, Satchel Grande, Kait Berreckman, Buckhunter and more.

And instrumental guitarist John Larsen stops by our KZUM radio show tonight. If you’ve never seen Larsen, it’s a real exhibition in tap guitar, part-folk, part-jazz and a lot of room for you to sink into the expansive open tunings. Tune into 89.3 KZUM at 8 p.m. for the beginning of the show. Larsen will join us midway through the first hour.