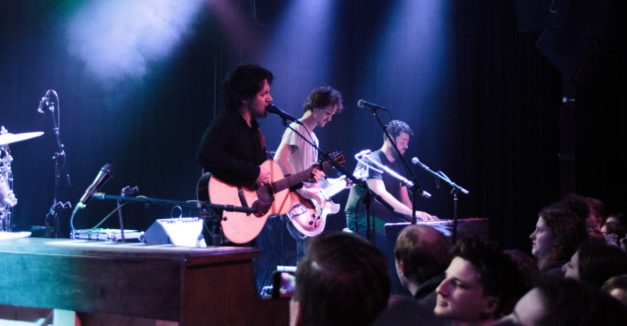 [Editor’s note: Today’s news comes in two parts, the first of which is below. Watch this afternoon for a Q&A with Sydney, Australia band Middle Kids, a peak at Omaha Zine Fest and the rest of what’s going on this weekend.]

Throughout his songwriting career, Conor Oberst has molded his songs to fit his personnel. The line between that and the argument that he simply writes for different projects — the protest rock of Desaparecidos, the country aesthetic of the Mystic Valley Band — is thin, but it exists.

Take Thursday night’s show with The Felice Brothers as an example. It’s telling of his skill as his own curator that the band fleshed out his new solo work in a seemingly tailor-made marriage. But credit the Felice Brothers for taking those songs – so intimate and contemplative in their original Ruminations form — and transforming them into folk-rock romps. 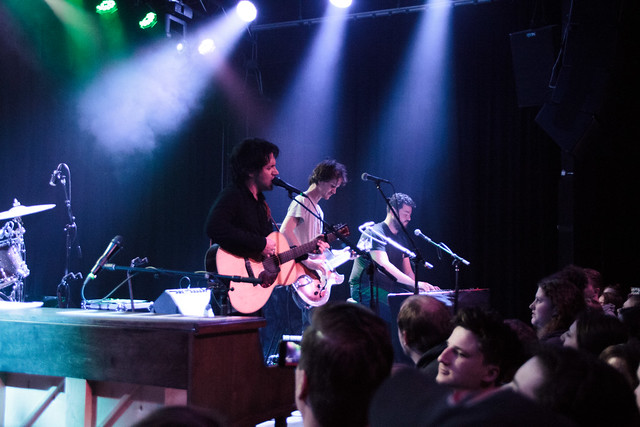 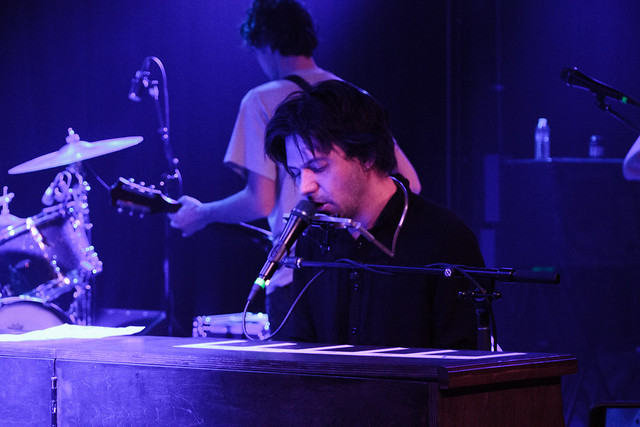 Oberst and the Felice Brothers played to a festive, sold-out Waiting Room, which celebrated its 10th anniversary Thursday evening. They drew largely from the Omaha songwriter’s forthcoming solo album Salutations, on which the Felice Brothers formed the studio band. 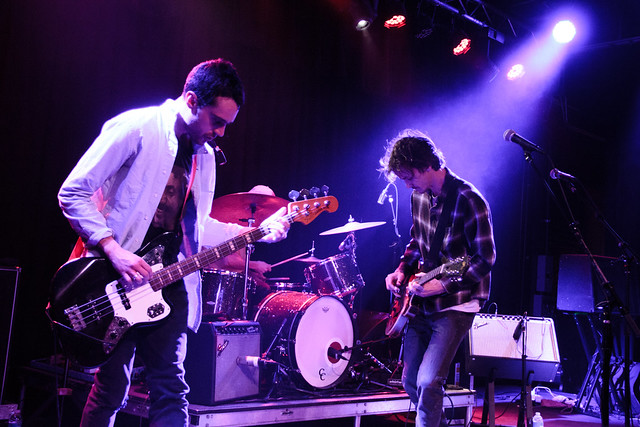 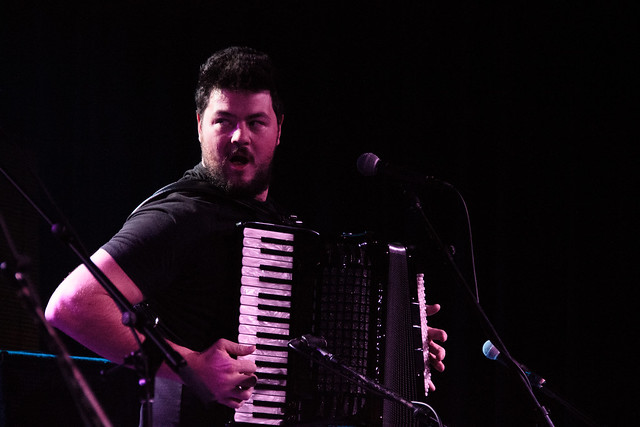 Starkly apparent during the Felice Brothers set Thursday night was how well they fit with Conor Oberst’s new material, and not just because they happen to also back him on Salutations. Group vocals gave songs like “Too Late To Fixate” and “Overdue” an element of cheer. The sorrowful “Mamah Borthwick” escalated into an unexpectedly giant outro.

It was in the finer details and individual performances, too, like James Felice’s complementary organ and accordion flourishes and some particularly vibrant fiddling by Greg Fairley at the end of main set closer “A Little Uncanny.”

Though he drew heavily from the new album, Oberst also trotted out a few choice older songs. Bright Eyes song “Four Winds” came first and gave space for both James and Ian to shine. They broke a rash of mid-set tension with “Poison Oak” after a spot of rear-venue audience chatter seemed to irk Oberst, who addressed it directly.

A raucous close and encore seemed to reconcile things, with the band reappearing after Oberst’s solo turn at the piano to play the explosive, politically-bent “Napalm.” As one of the handful of new tracks from Salutations, it succinctly summed-up the Oberst-Felice partnership.

Conor Oberst with The Felice Brothers 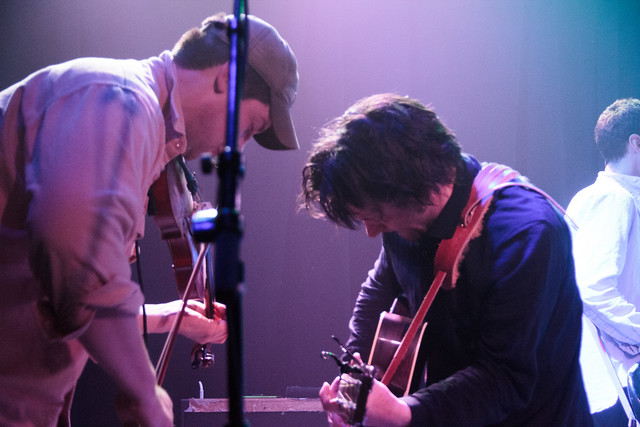 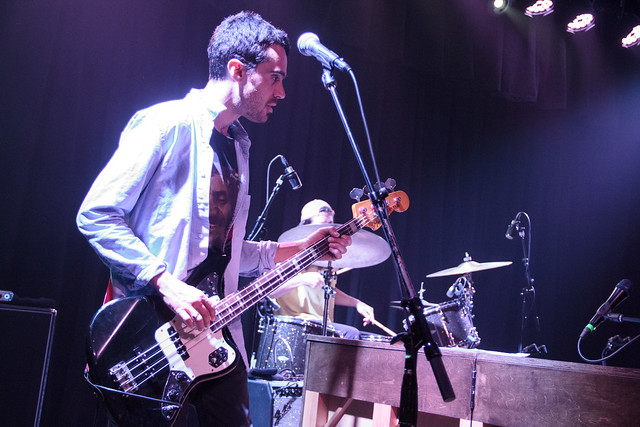 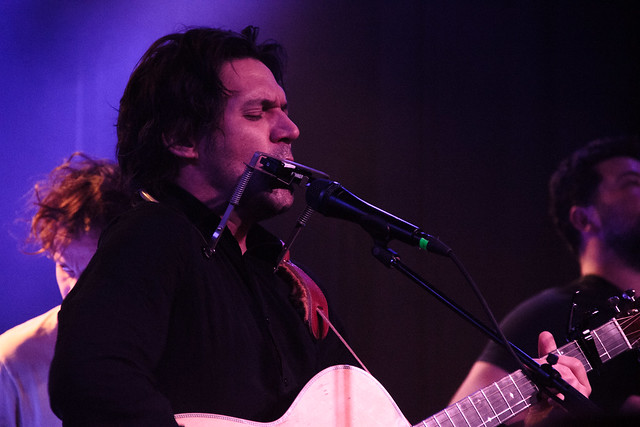 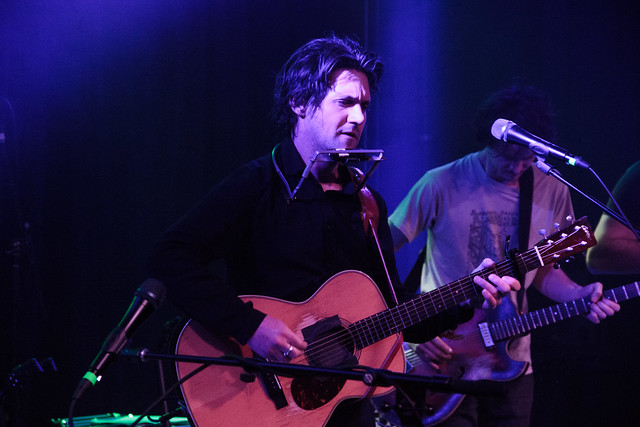 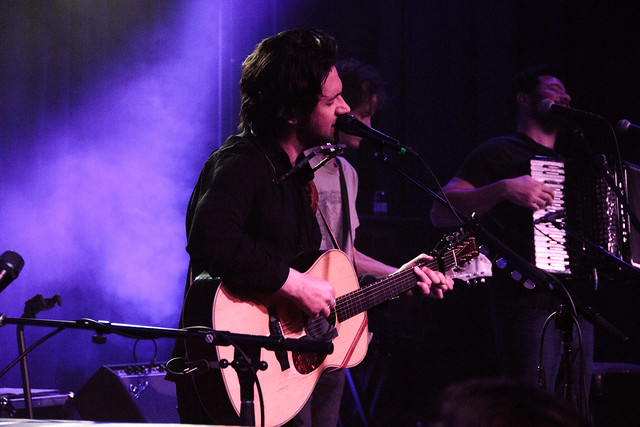 New release day brings with it a pair of albums relevant to the news blog, one local and one locally connected.

Second: Saddle Creek Records dropped the first installment in its “Document” series focusing on non-label artists and their hometowns. Seattle indie rock band Posse gets that first release with its 7-inch record Kismet. Find it here and listen below:

His electronic act Ridgelines has released a new track “1.21.17” featuring appearances by Lincoln rappers Sleep Sinatra and Hakim. It not only showcases the two emcees’ lyrical craft, but also dives into their social messages.

“I wrote the track the day after the inauguration and knew I wanted some lyricists who had something to say,” Johnson says. “Both of those guys have an amazing way of getting a point or idea across in their lyrics without sounding “preachy.” I was really flattered that they took it on and nailed what I going for.”

Ridgelines performs the final night of its Blackstone Meatball artist residency this Saturday with Hussies and Twinsmith, which will spin a special 311-Day DJ set. RSVP here.