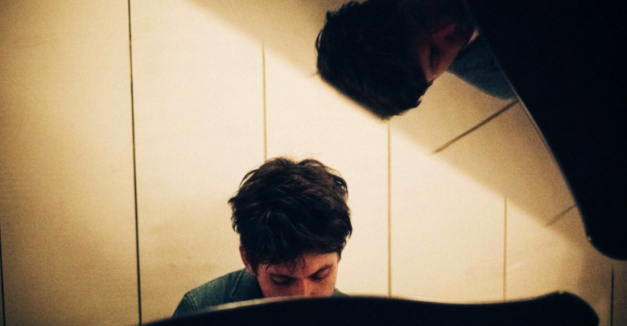 For a true solo album recorded in 48 hours with such familiar company, Conor Oberst’s Ruminations doesn’t have any banter or whispers, count-ins or floor creaks, left-in questions like “How was that?” They’d fit here, but they might be too cute.

These ten songs are edged by even tamer versions of those imperfections. Start with the misleading gaiety of the five piano beats which bring in the whole album, or the acoustic guitar shaking awake before “A Little Uncanny.” These signal offhandedness on a collection so devoted to craft.

Ruminations was conceived last winter, after Oberst cancelled the back half of a Desaparecidos tour because of anxiety, exhaustion and, it turned out, a cyst on his brain. The story goes that these songs showed up in his life in those quiet, recuperative months, as though at age 36, the songwriter’s resting state is in the production of minimalist and eloquent stanzas. Those are many on Ruminations, building bazaars, dive bars and bad dreams in an instant and then panning around the verses to relate American history to personal predicament.

“Tried to lose myself in the primitive / in Yosemite like John Muir did / but his eyes were blue / and mine are red and raw.”

Produced by Ben Brodin and Oberst’s longtime collaborator and Bright Eyes bandmate Mike Mogis, the album’s piano playing is resonant and softly pedaled, the vocals unprecedentedly deep and as rich as Oberst’s quivering voice gets, the harmonica breaks more an assertion of intensity than musicality. Indeed, the loudest force on Ruminations is a great lyric coming home to roost. Stripped and staid, Oberst’s words are neater than they’ve ever been, and they’ve never been more brutal in their neatness.

The ruminations cycle from devastating on “Next of Kin,” to intricately referential on “Mamah Borthwick (A Sketch),” to a bit much with the Christ-as-celebrity allusions on “You All Loved Him Once,” to unabashedly Dylanesque in “A Little Uncanny.” That last one may be too easy, but listen to Oberst namedrop and informalize ‘Ol Ronny Reagan and hoot the word “movies” and there’s a bold, brief splash of confidence at being part of the folk canon.

But when the album is riding its pensive, melodic centerline, as it does through its first five songs, the song carpenter is at his best. These are perfect right angles, a state of suffering sanded down into popular poetry. Ruminations expresses not ambition, but acuity.

Listen to the On The Record podcast review below:

[Editor’s note: the 40th St show mentioned at the end of the podcast is sold out. However, NPR is streaming Oberst in concert tonight as he performs Ruminations at New York City’s House Works. Check it out via NPR Music’s Facebook page here, or on NPR Music’s website in the following days.]

We passed On The Record’s 50th episode this summer and forgot to make a stink about it! Help us celebrate by catching up on all (now) 51 episodes with the playlist below. Recent episodes review Conny Franko’s La Maga, Kait Berreckman’s Battle Scenes (the golden episode!) and Bogusman’s self-titled record.